Having seen a good number of Southern Migrant Hawkers this year and last year in Essex, I have still to see my first one in my home county of Kent so with a few being reported a week or so ago at Cliffe in north Kent, I decided that this year was as good as any to finally see this species. Having got directions of Frank Cackett, I have made two trips to the site meeting Frank where frustratingly, I failed to see any despite Frank seeing them in the mornings on both occasions. It seemed that they were quite active around 8:30 - 10am before the heat of the day made them go to rest in amongst the trees. With the weekend here, I decided to give it one more go this morning and arrived on site about 8:15am where the sun was just starting to break through. I met up with Frank again who was as desperate to find one for me as I was to see one so after a chat, we split up and started our search. It wasn't long until my phone was ringing with the news that Frank was watching a Southern Migrant Hawker and after a very quick walk/jog, I was with Frank where thankfully, after a worrying minute where it vanished, I was soon watching my first ever Kent Southern Migrant Hawker flying around and checking us out. Frank continued his walk and I stayed and hoped I would be able to get a few perched shots which not too long after, I saw the hawker come to rest. After a bit of stalking, I was soon firing off a few shots from distance and slowly edging in to get a few better quality images of this female. 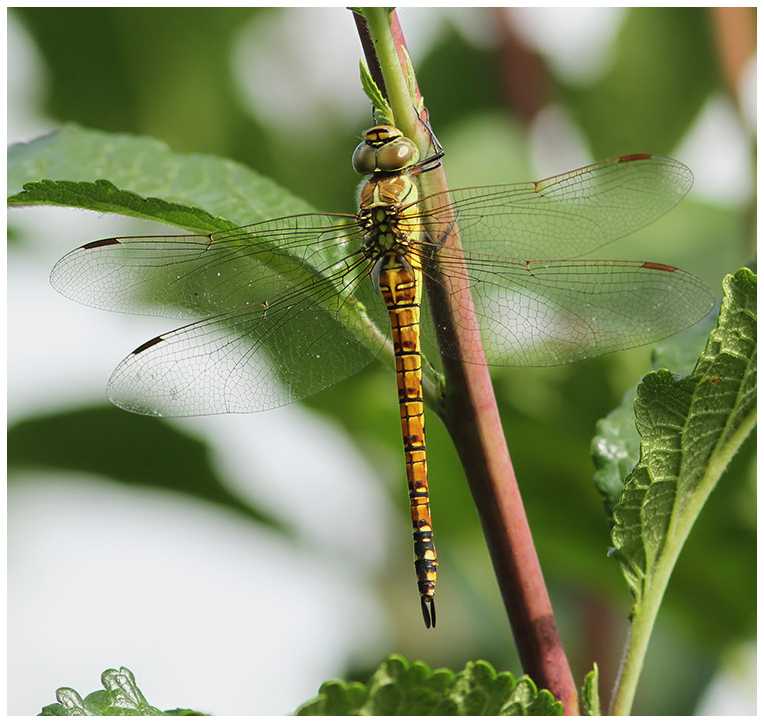 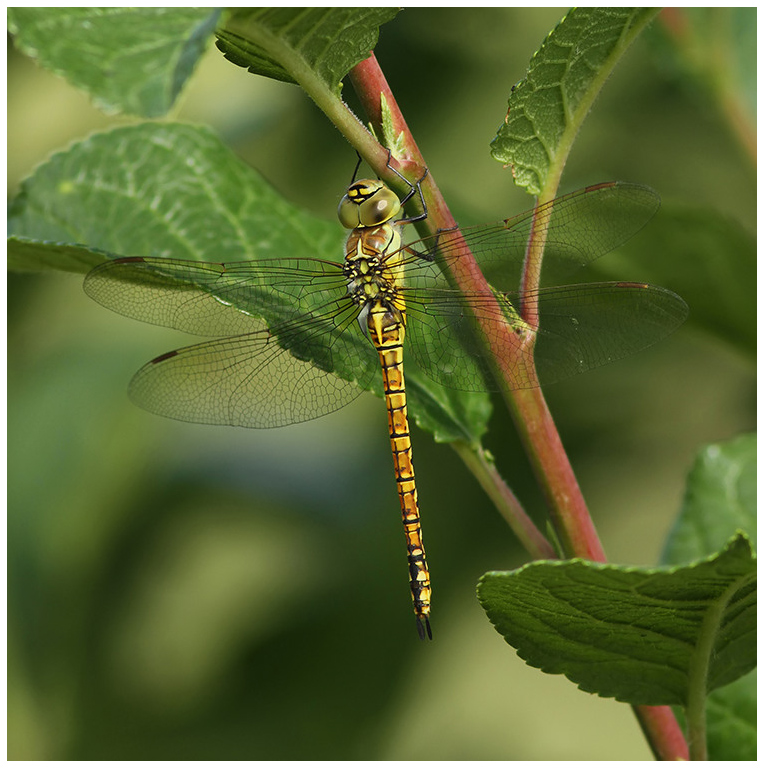 Southern Migrant Hawker (aeshna affinis) - female
She spent a while flying around the area and landed on a few occasions where a few more photos were taken before as quick as she appeared, she disappeared. I spent the next hour or so walking around the site where I managed to see a total of 3 Southern Migrant Hawkers including 1 male which was flying up and down but never settled. I did get some nice views through the binoculars though. With my prize seen well and captured on camera, I left a very happy man. Hopefully this species will continue to spread and become more numerous in other parts of Kent in the next few years for others to see and appreciate. 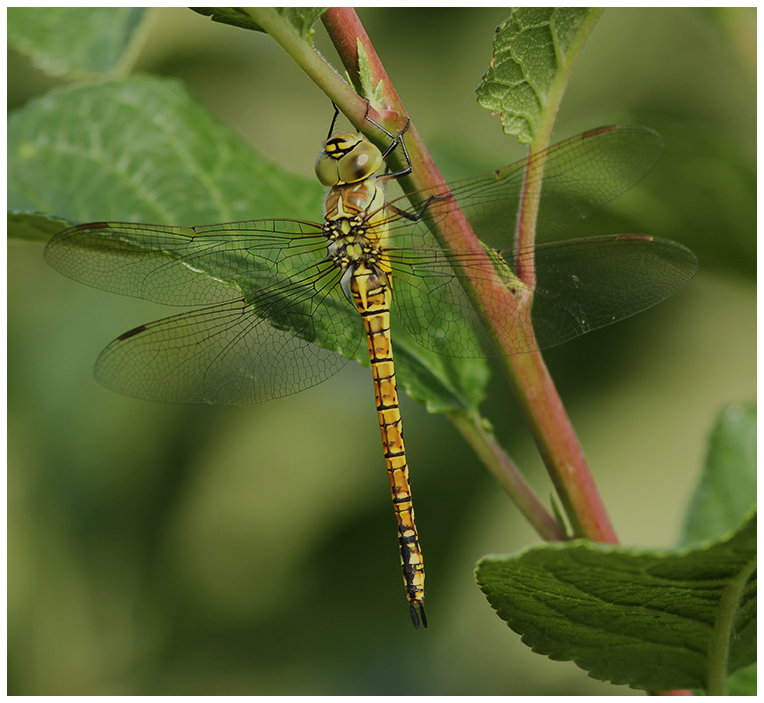 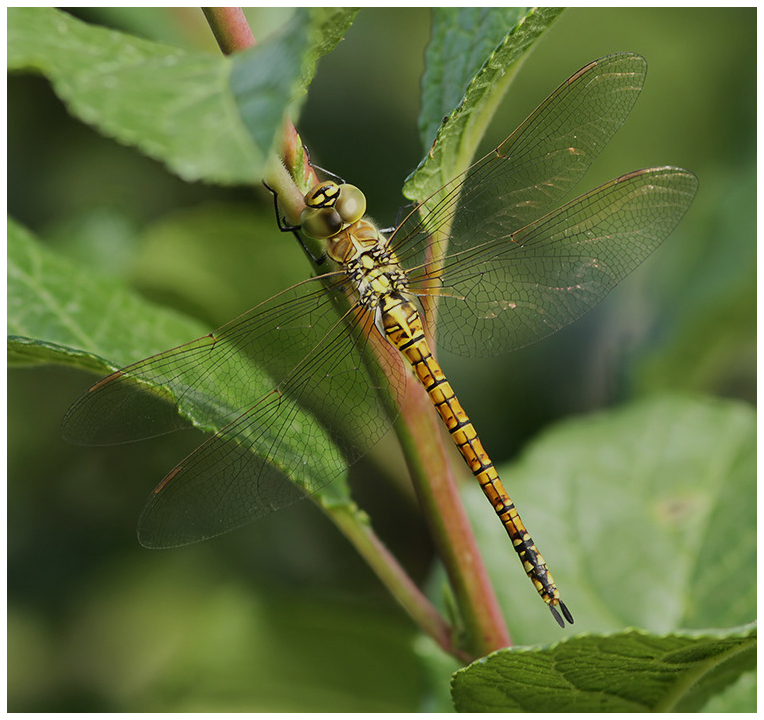 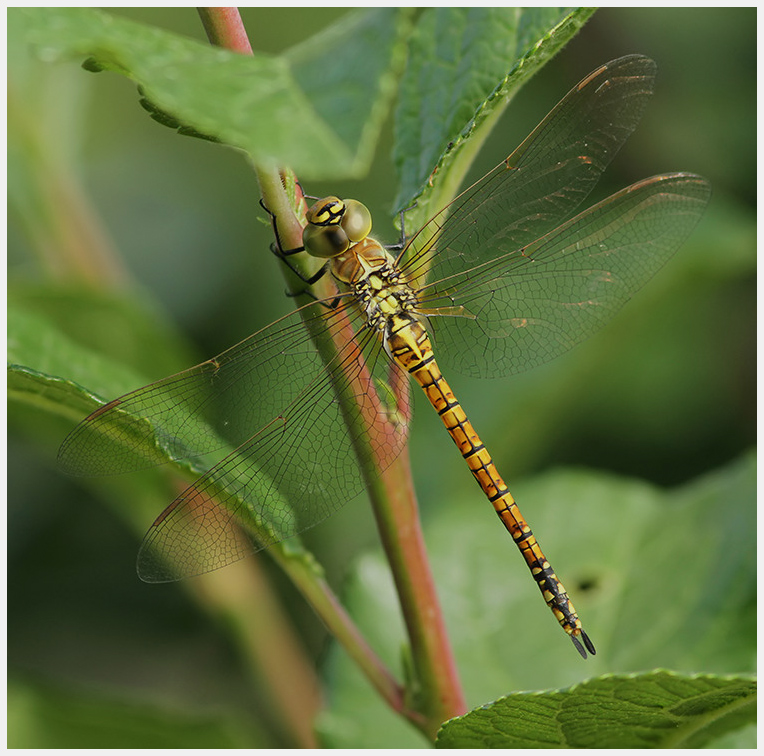