Since I started pond dipping a few years ago in east Kent, there were a few species that I wanted to find and take through to emergence. Most of these since have been successful but one species had continued to elude me, the Brown Hawker. I have only ever caught one of these a few years ago so was hopeful in my dipping sessions that I would at some stage, come across another one. After many sessions, a month or so ago while at Nethergong, I lifted out the net to reveal a quite large Brown Hawker nymph. I decided to try to rear it through to emergence and so introduced her to the pond where there was plenty of natural food to continue her growth. Regular checks of the pond for the next few weeks revealed no sightings which I knew would be hard but then a week ago, I was looking closely in the margins when I noticed a large Hawker nymph resting up on the base of the reed. After obtaining a better view, I could see it was the Brown Hawker nymph and hoped that she was moving into the shallows to start the change over of breathing in water to air. A few more days past where I started to see her more at the surface by evening and then on Tuesday evening, I looked out after dark and could see she was resting well above the water line on a reed. With no emergence that evening and the weather looking good for Wednesday, I was again checking after dark where I found her fully out of the water on a reed. I was pretty sure she was going to emerge so as is normal, I prepared the equipment, flask and something to eat and settled in just back from the pond. It wasn't until after 23:00pm that she had settled and started to emerge which then provided me with some lovely photo opportunities which I made the most of. By 00:20am, she had fully emerged and the wings had been pumped up. I left here to colour up and hoped I could get up early enough in the morning to get a few shots before she flew off. After what seemed a brief sleep, I was out into the garden early where she was settled on a reed. I took a few photos in the early light before she started to vibrate her wings and then was suddenly off for her maiden flight. A truly stunning dragonfly to see up close and a real privilege to be able to photograph the emergence of this species. 2018 is certainly turning out to be a superb year personally for me, both for sightings and documenting them on camera. Lets hope it continues. 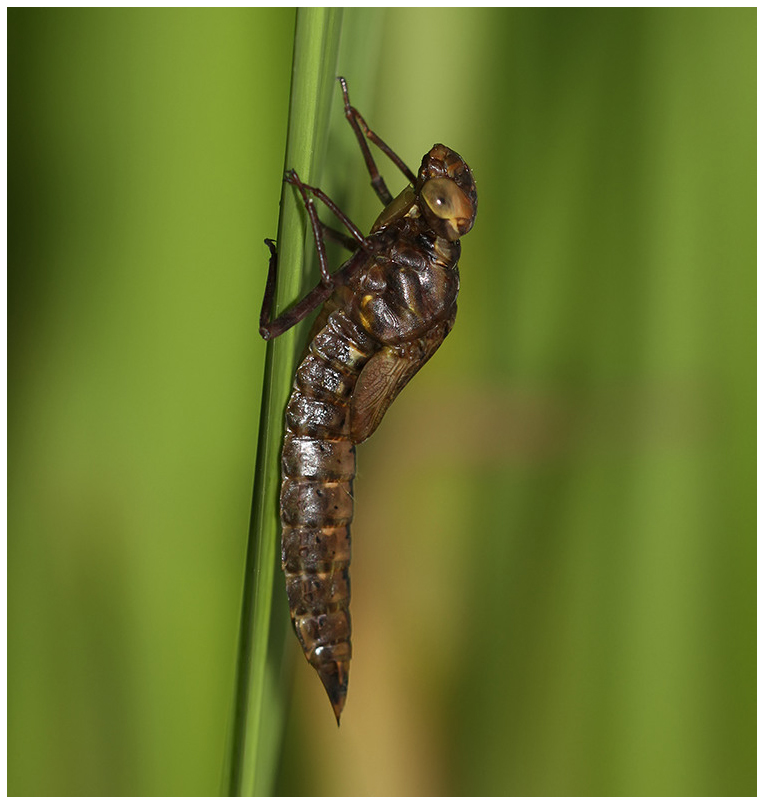 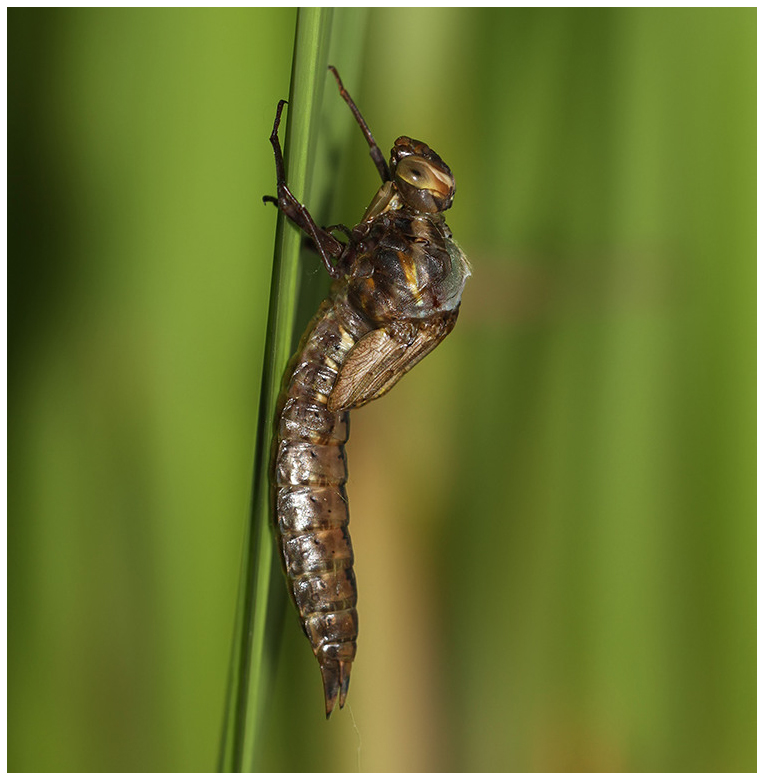 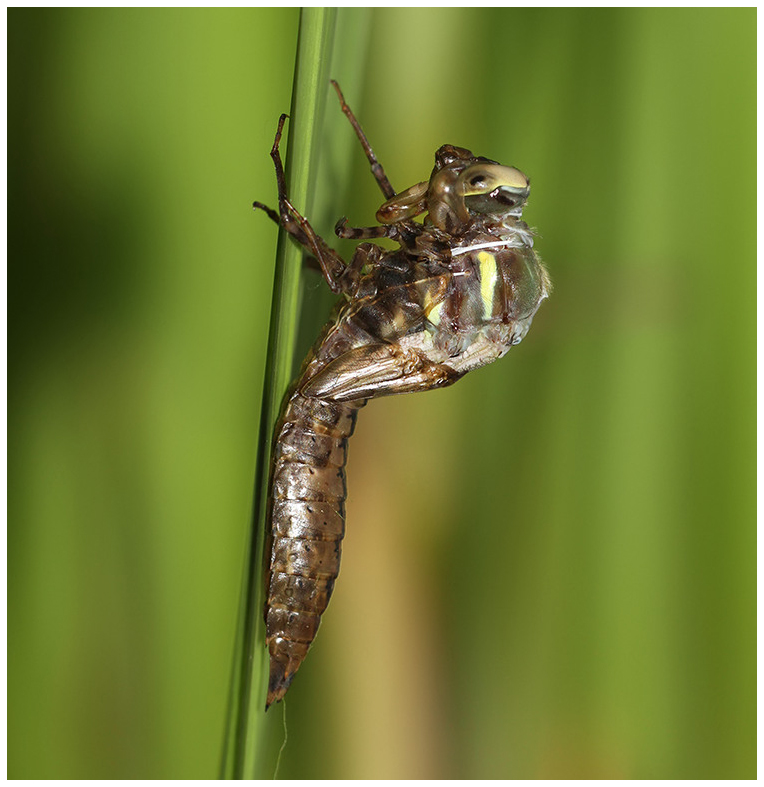 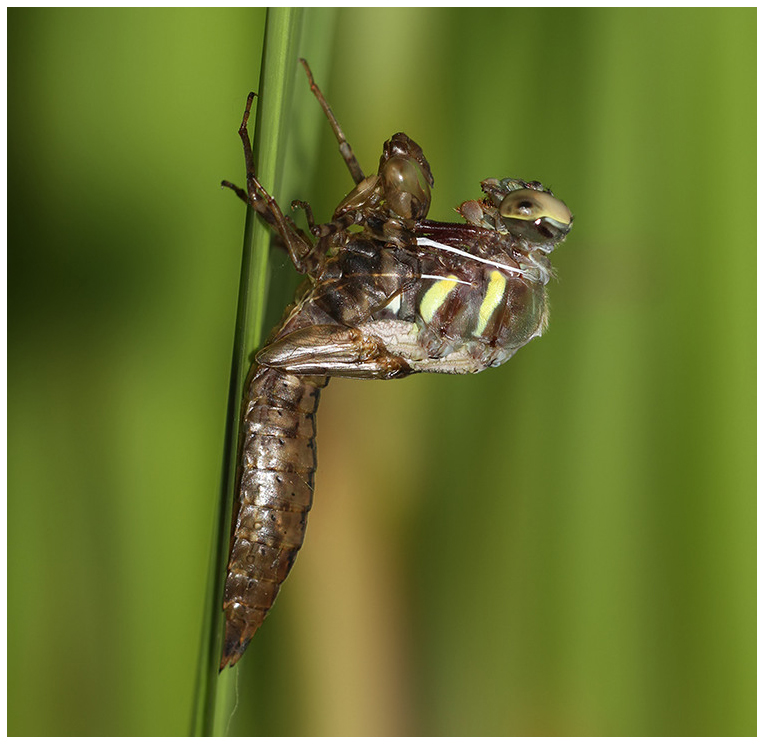 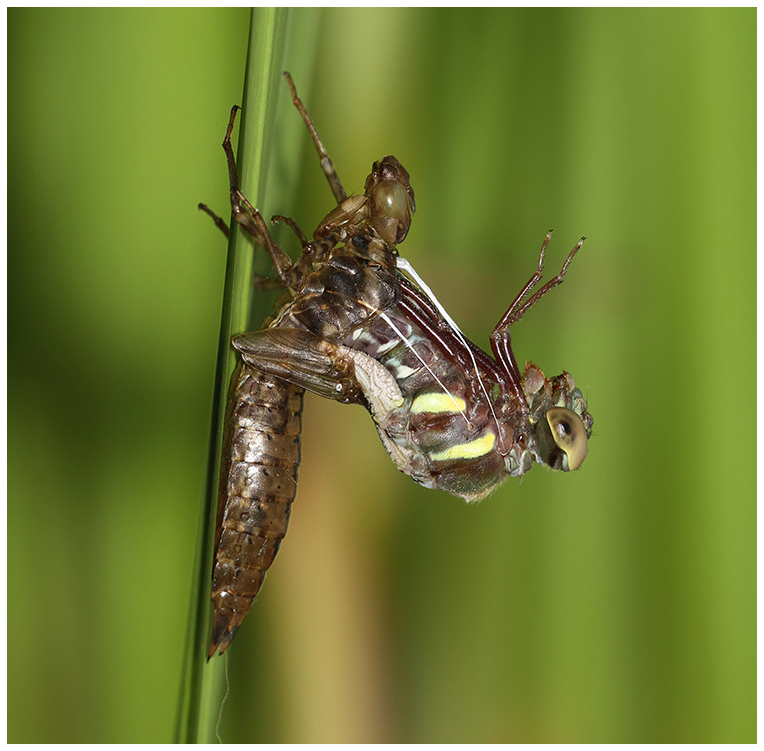 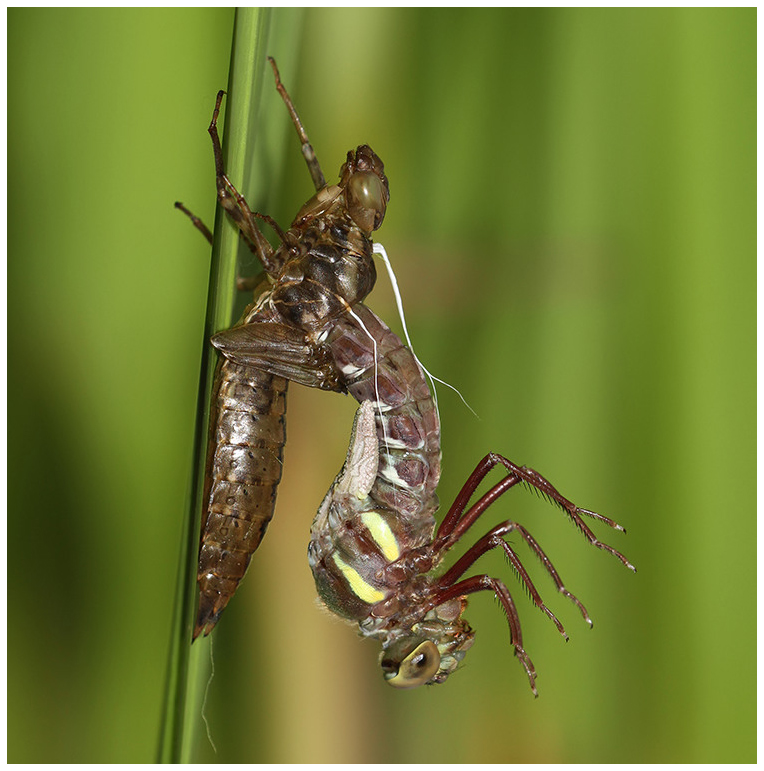 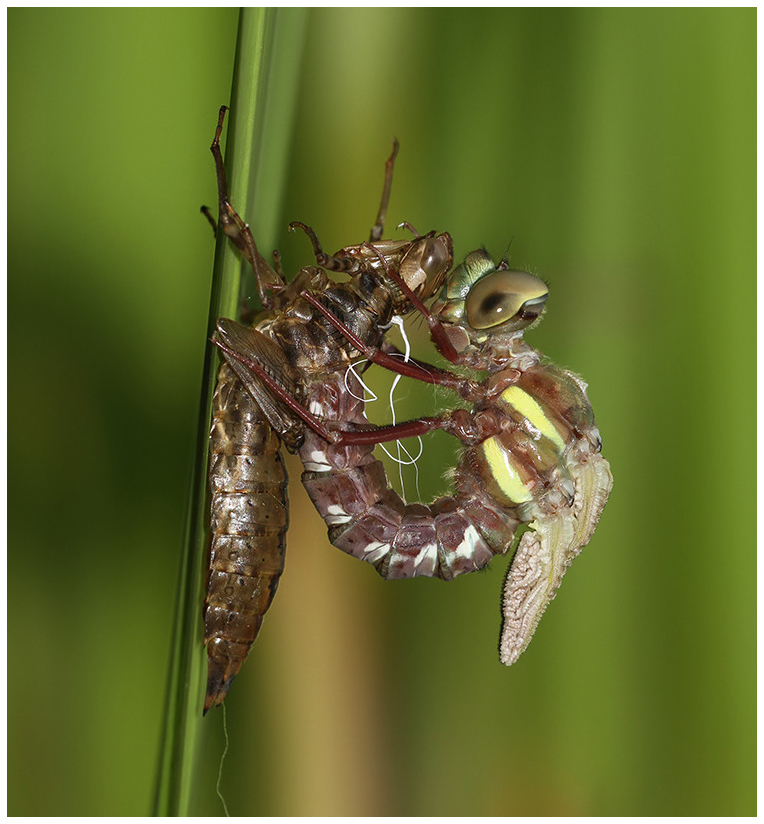 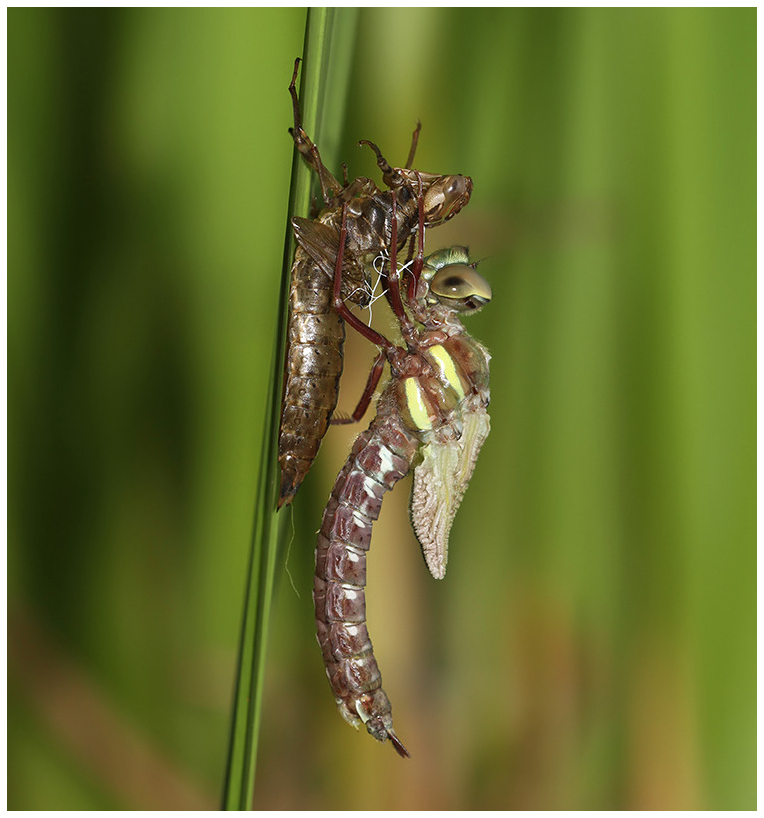 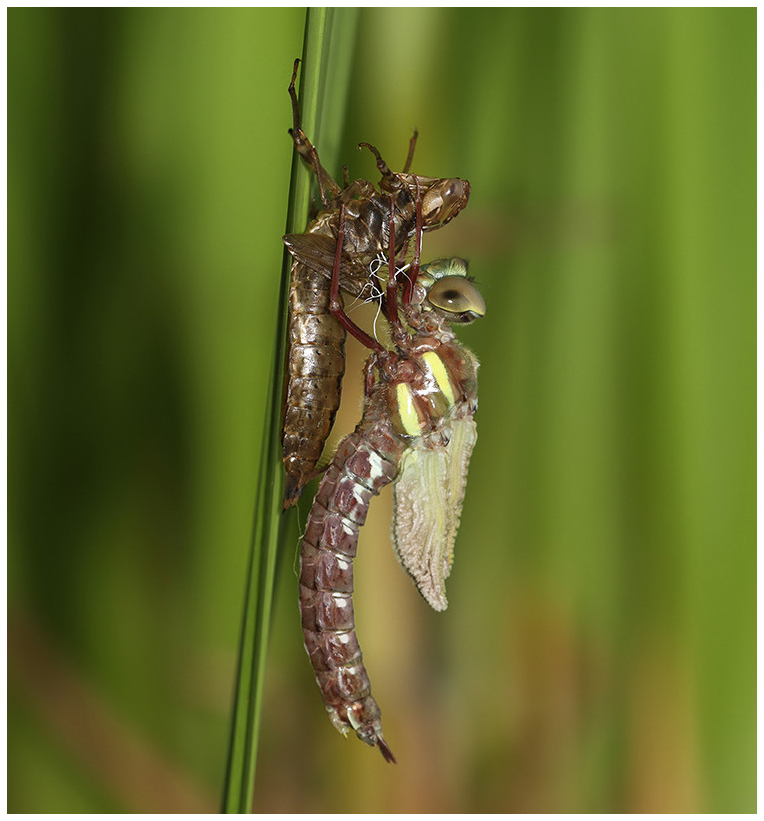 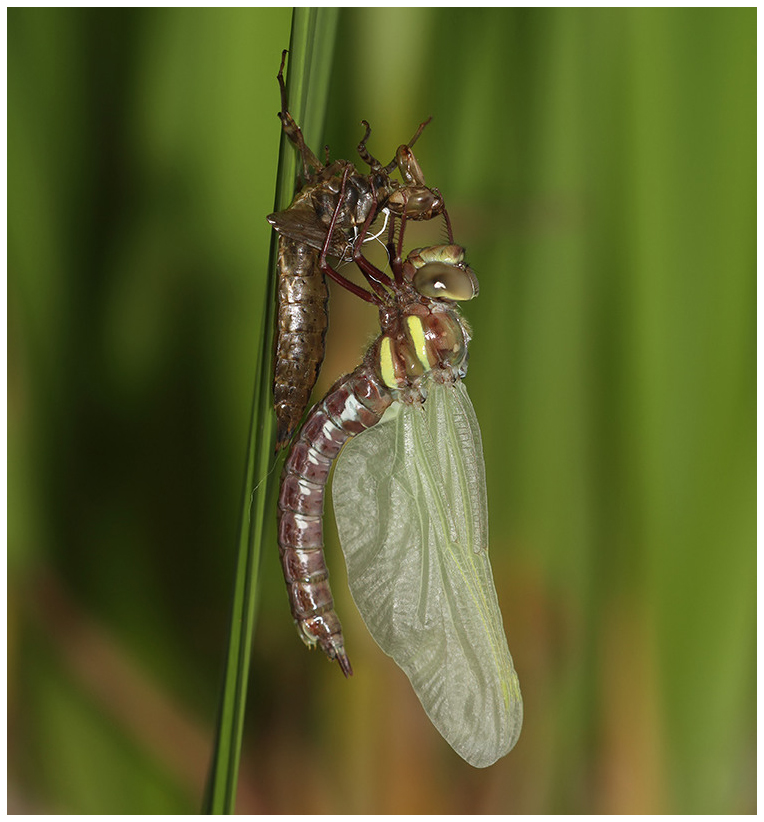 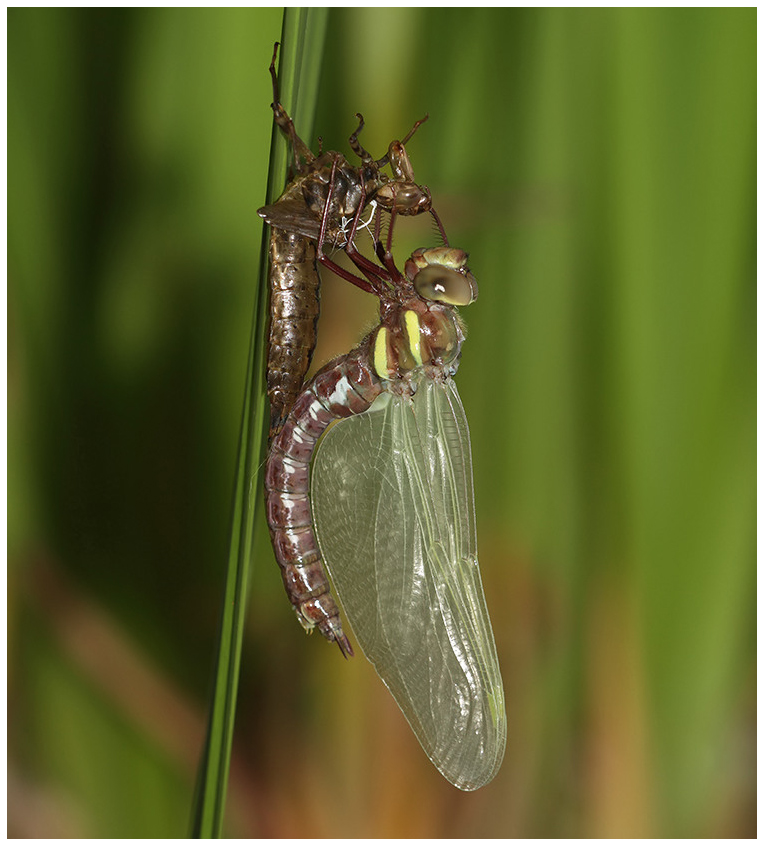 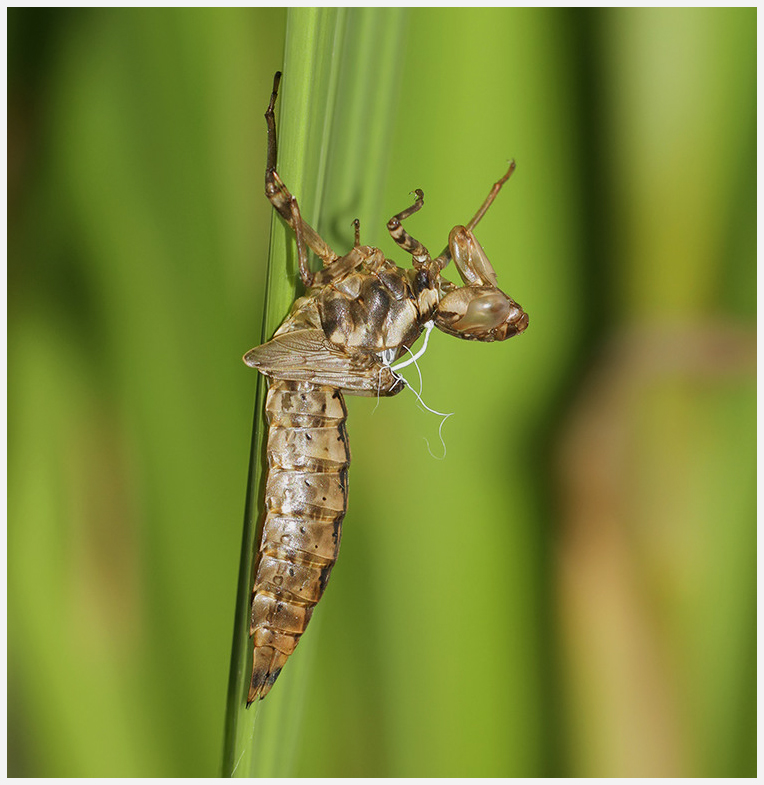 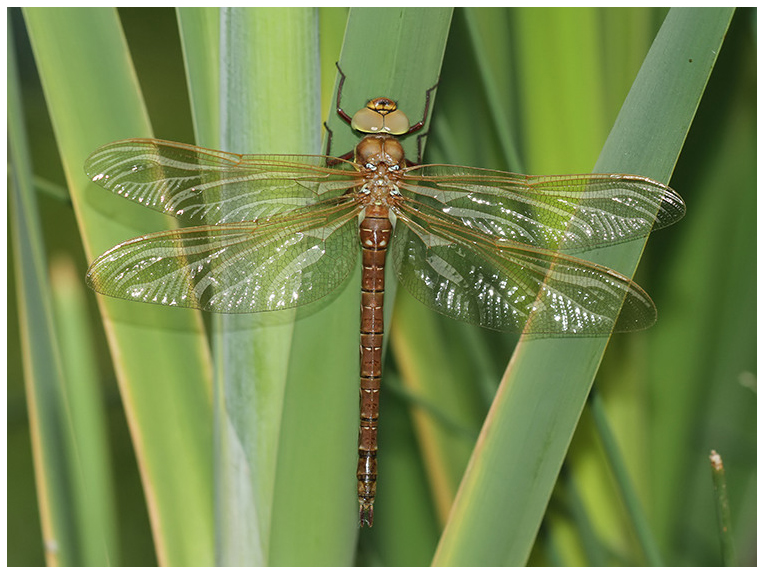