I made a couple of brief visits out today where I spent an hour or so this morning at a site south of Reculver and then later in the day, I spent an hour over at Shuart, just east of Reculver. With the sun breaking through this morning, the plan was to stick the wellies on and go searching through the shallows looking for any emerging dragonflies. Arriving at 8am, I was soon in the water checking the likely areas but despite a good search and an annoying brisk wind, I failed to find any emerging or any exuvia. I then decided on a walk around the perimeter of the water and in a sheltered area with some long grass, I heard the rustling of wings and a Four spotted Chaser took to the air and was blown back down into some long grass. I went into stealth mode and on my knees, I was able to creep up on this fresh immature female and take a few photos. She flew a few times but always landed again but after playing around with a few settings, I had a few pleasing efforts to take home with me. 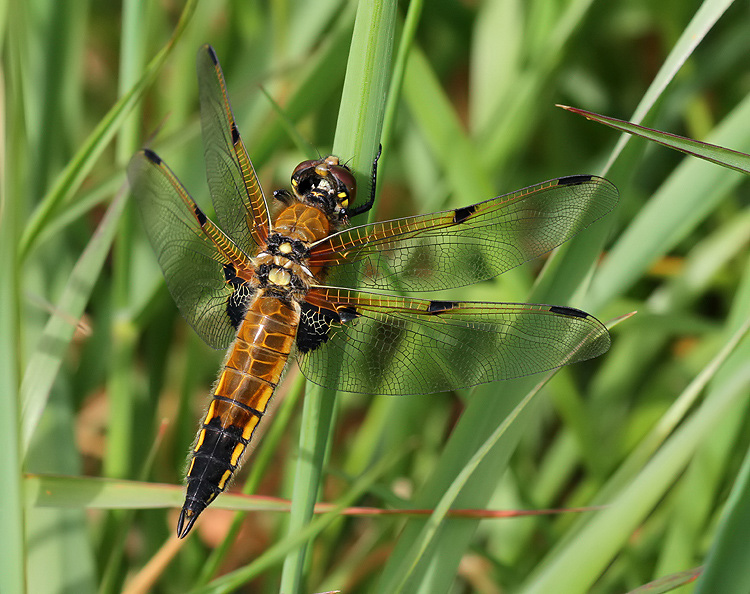 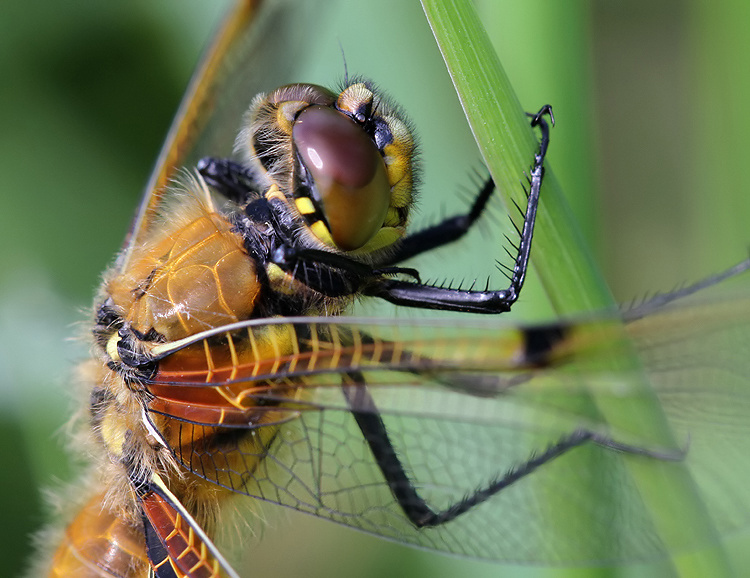 I left her to it to warm up for the day and made my way back to the entrance where on the way, I saw a few teneral Common Blue Damselflies. I will get a few photos of these in the next few weeks no doubt. Later this afternoon and with a brief gap in between family time, I spent an hour walking at Shuart where the target was the Hairy Dragonfly and after a good search I found 3 males patrolling and thankfully one posed nicely for my first photos this year of one of my favorite species. Hopefully if they come out alright, I will post these tomorrow. 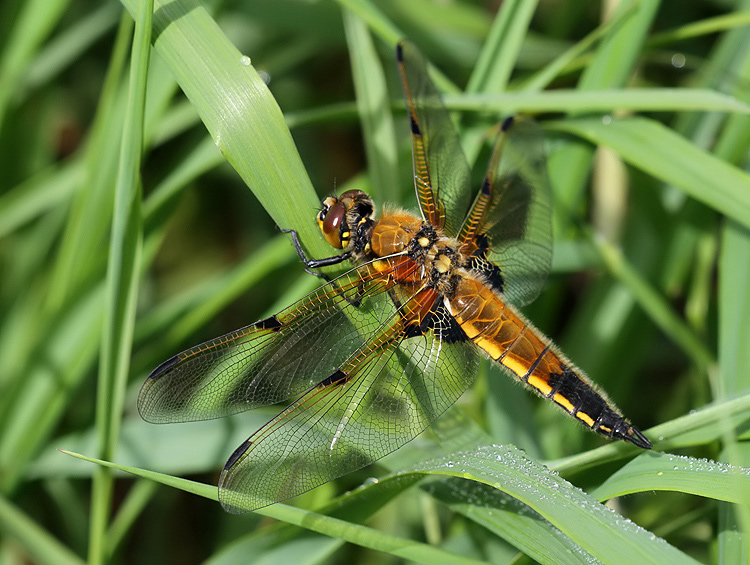 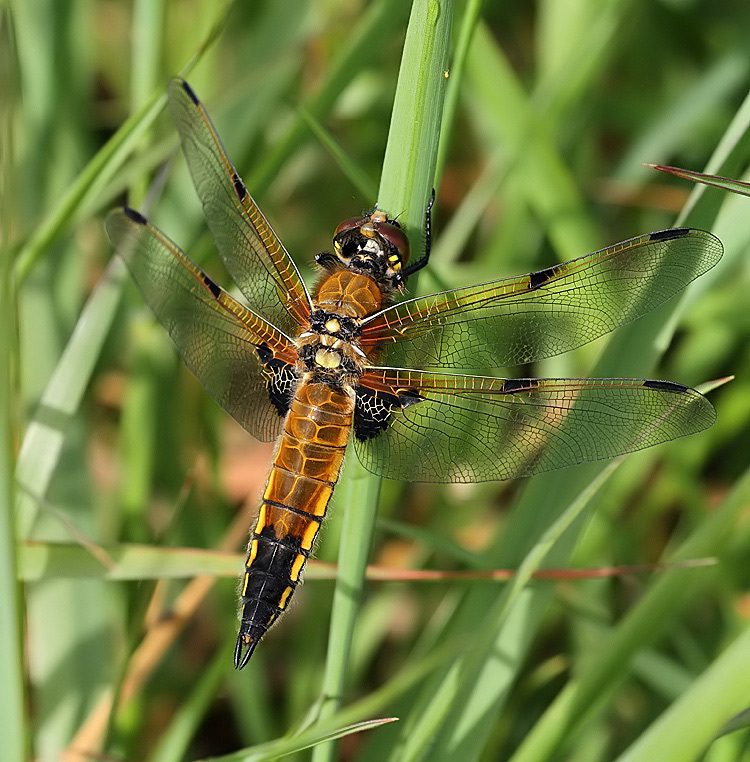