After the past few days of photographing Club tailed Dragonflies and emerging Emperor Dragonflies, I thought I would have a relaxing walk around Westbere Lakes yesterday to see what dragonflies were on the wing. Although the camera was with me, I wasn't in any rush to get photos but should an opportunity come my way, I'm sure I wouldn't say no. I spent about 3 hours walking around in pleasant warm sunshine and there was indeed plenty on the wing to watch. Near the entrance I saw the first of 7 Scarce Chaser along with good numbers of Variable, Blue tailed and Azure Damselfly. Walking towards the river, I checked to see if any early Norfolk Hawkers were on the wing but despite a good search, I failed to find any. I did meet John and Gill Brook though who are the Kent dragonfly recorders and after a nice chat, they showed my some Willow Emerald Damselfly Gall marks on one of the branches overhanging the dykes. These are the marks left by the female Willow Emerald Damselfly as she lays the eggs in the branches. I have never seen Willow Emerald Damselflies at Westbere but hopefully later in the year, some will be seen here. Gill had earlier found a Hairy Dragonfly exuvia, something I have never seen so we went looking together and a few minutes later, John found one on the reeds. Photos of the exuvia can be seen on my website by clicking the link at the top of the blog. 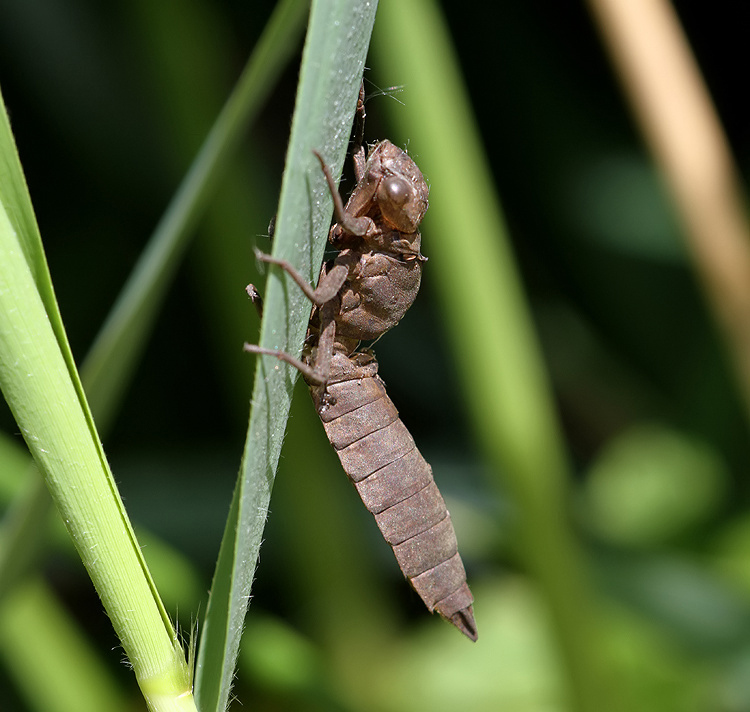 It was pleasing to see 7 Hairy Dragonflies, some flying continuously up and down the dykes and as I walked on, I could hear the faint sound of wings buzzing. Looking through the reeds, I could see a female Hairy Dragonfly oviopsiting. Some literature suggests that this is not observed that often so I thought I would get a few shots. Normally these would not make it off the camera with all the clutter in the way but it was nice to observe and see the start of the process all start again as she layed her eggs. 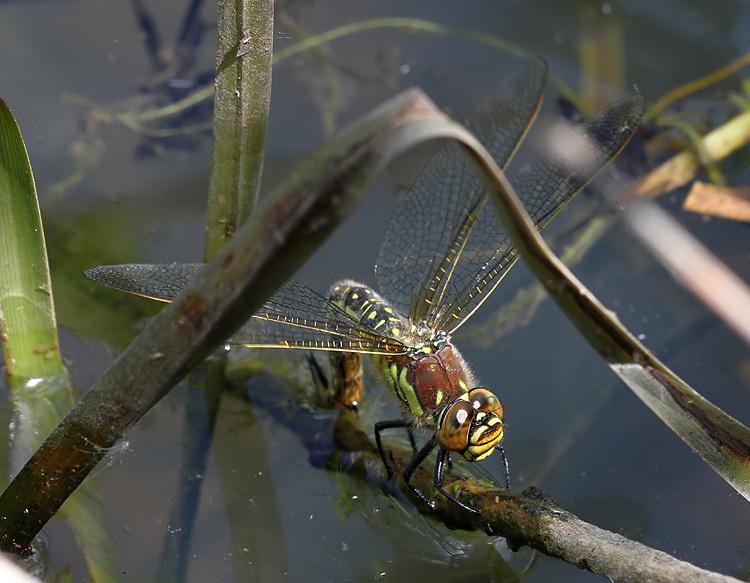 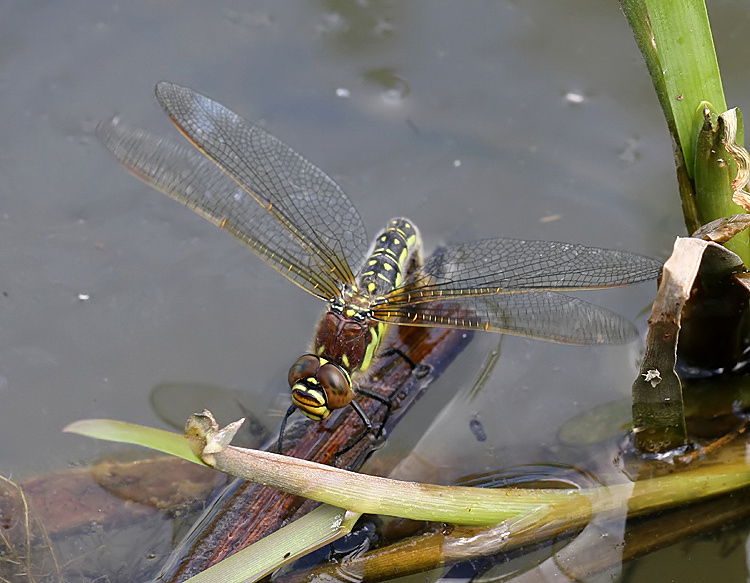 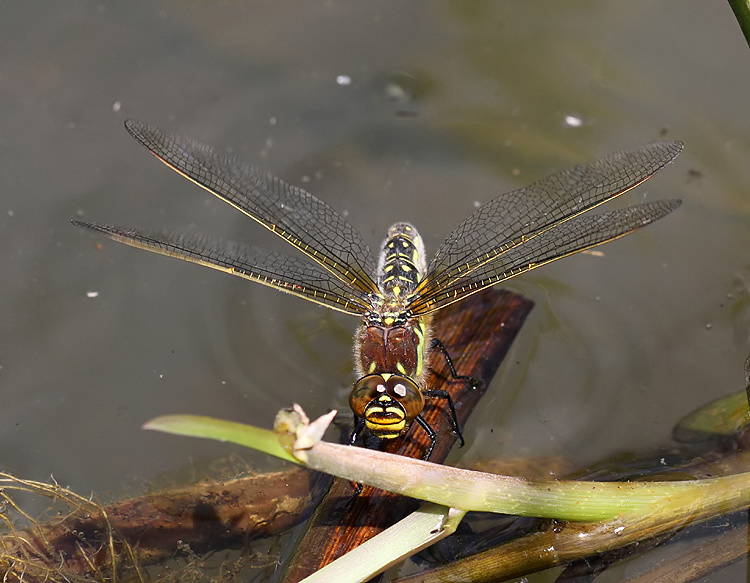 She stayed around for a while before moving off. Along the river there were lots of Banded Demoiselle as well as hundreds of Blue tailed, Variable and Azure Damselfly and a few Red eyed Damselfly. Having spent a nice time relaxing I thought I would call into Nethergong campsite where I hoped a few dragonflies would be flying around the ponds. Arriving at the pond, I could see a couple of male Broad bodied Chasers flying around and also a Broad bodied Chaser exuvia was found on the reeds. Like most Chasers, they often return to the same perches and after watching its movements, I was able to get a number of pleasing photos of the males. With some shots taken, I went on my way. Today (Wed), there is another Emperor Dragonfly nymph sitting just under the surface in the pond and i'm hoping that it may emerge later giving me the excuse to get out after dark and capture the emergence again, we shall wait and see! 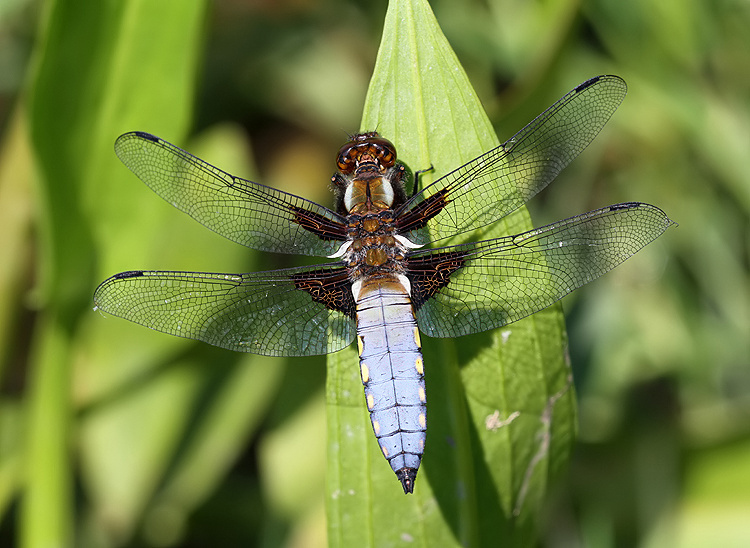 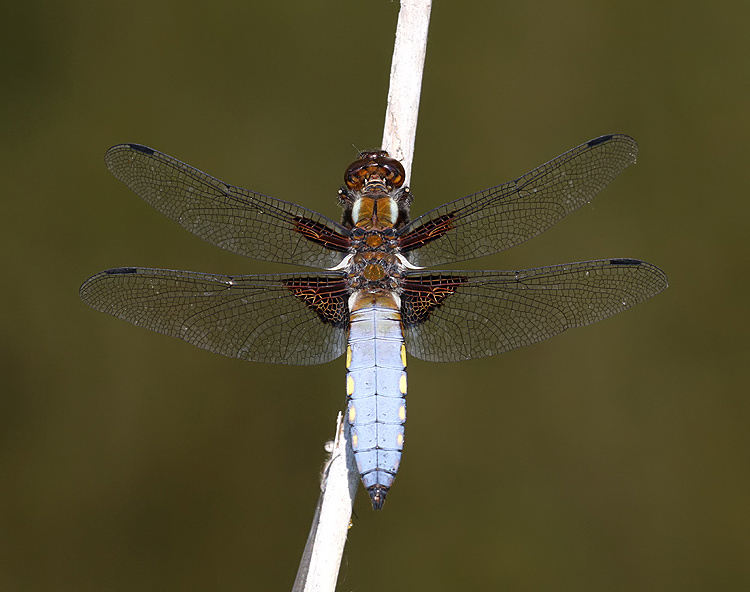 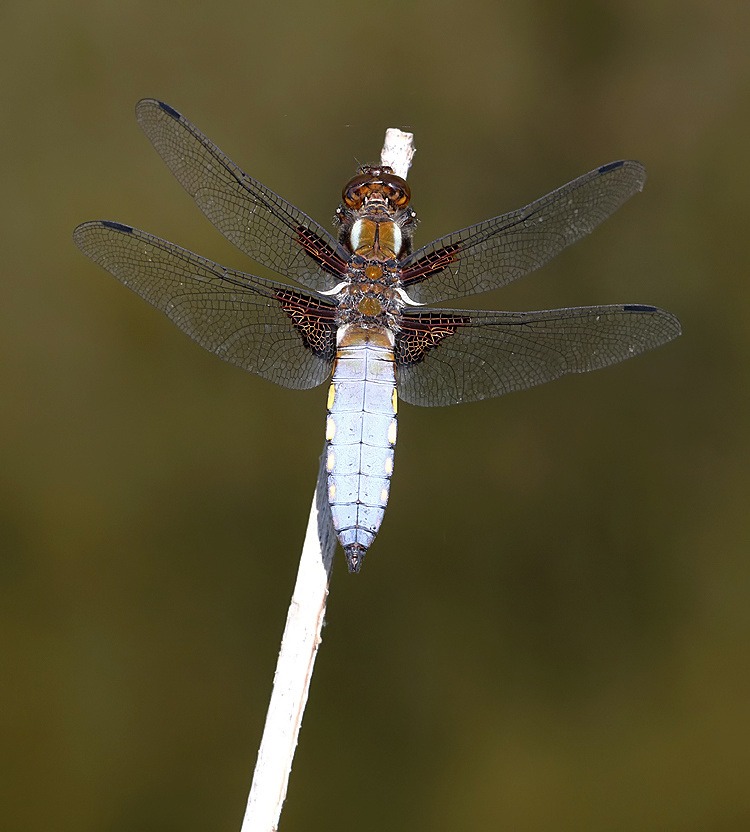 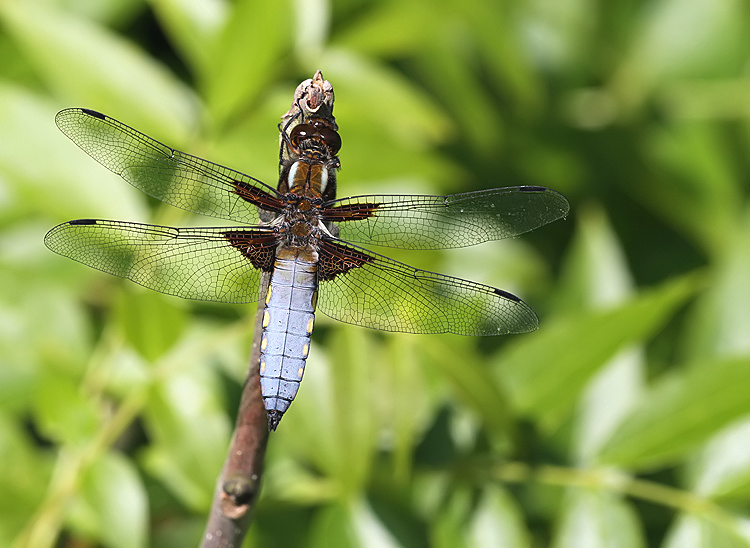