In the Still of the Night!

After photographing the emergence of the Emperor Dragonfly a few nights ago from the pond, I was a bit like a kid on the best ride at a theme park, I wanted another go! Luckily there are a couple more Emperor Dragonfly nymphs in the pond and watching them throughout the evenings have seen one move into the shallows to prepare to emerge. I was very pleased with the photos I took a few days ago of the emergence, some of the best I have probably taken, but like any photographer, I am always looking for ways to improve and capture the shot. Most literature suggests that the Emperor Dragonfly nymph emerges after sunset and is fully winged by midnight. I also wanted to try to capture it on a green reed so that it would contrast nicely with the night sky. So they were my two missions to accomplish, try to get the feel of the Emperor Dragonfly emerging in the darkness of a still night on a reed. Last night (Wednesday) looked good and about 8pm, I checked the pond and could see an Emperor nymph sitting at the base of a reed in the water. I prepared the camera, tripod, monopod, torch and drinks and about 9.15pm when I checked again in the fading light, I could see the Emperor nymph climbing up the reed in a favorable position. Luckily for me, it was on the edge of the pond and I got myself comfortable and sat back and waited. It took a while to position itself and after a lot of abdomen wagging, it become still. I tested a few shots at this point and indeed, I had the view I wanted with the darkness and reed in view. Not long after, I could see the upper thorax starting to split and then slowly the emergence happened in front of my eyes. Like the previous few nights when I had observed them, it was just a privilege to watch this transformation happening and the added bonus of capturing it on the camera made it all worthwhile. Unlike some damselflies, the process is a lot slower and when the body was hanging upside waiting for the legs to harden, this took about 30 minutes alone before he levered himself back up and continued. I just loved watching the body pumping and the wings slowly going form a crumpled lump to superb formed wings. The process started around 9.15pm and the wings were fully formed by 11.20pm. Like the shots the other day, I am over the moon with them and think it captures that moment in the still of the night when the miracle happens. When I awoke this morning, I went outside to check and found that he was still sat on the reeds with his wings opened. I took a few shots and around 10 minutes later, when I checked, he had gone. A superb session and nice to not only watch the emergence happen, but to also see the plan pay off was very satisfying. I'm away for a few days in Norfolk with the family on Friday so no visits out until next week after work, weather permitting! 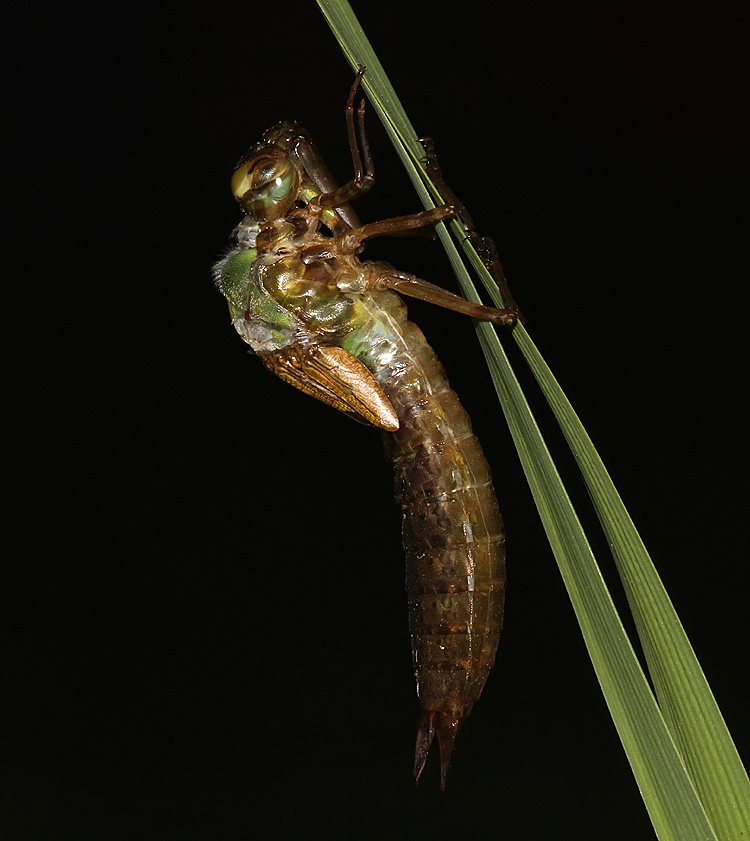 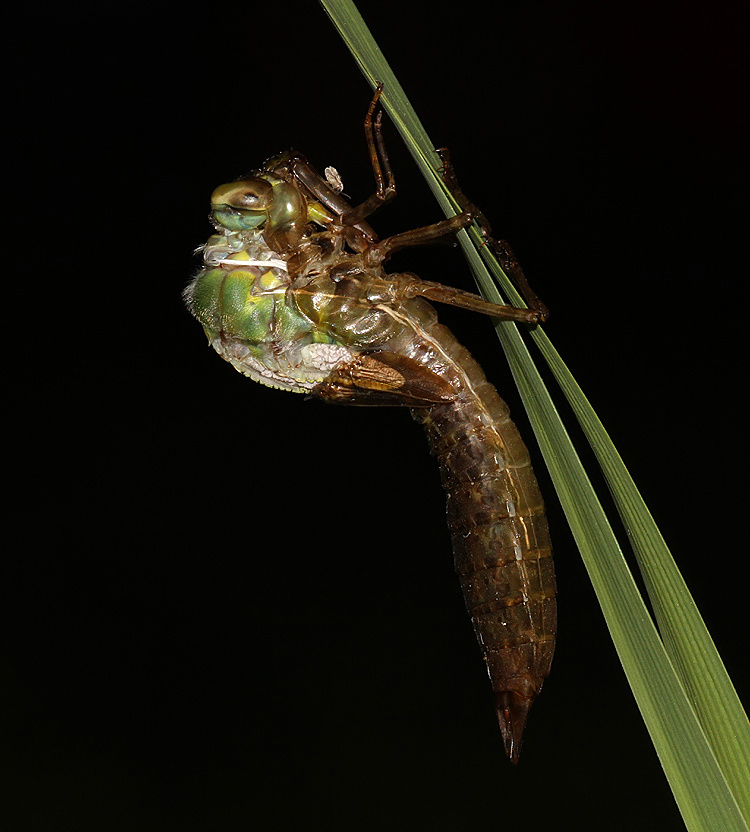 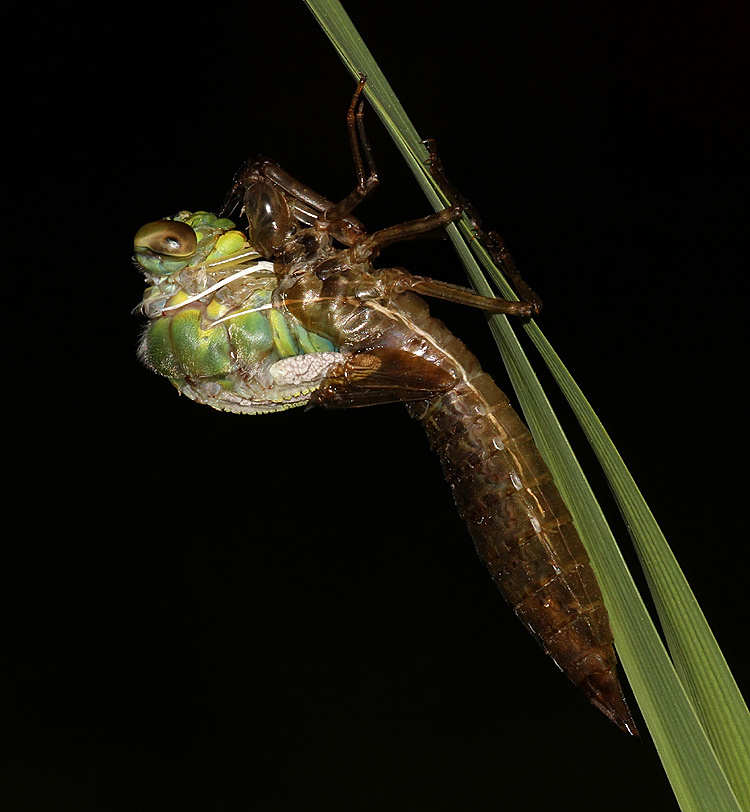 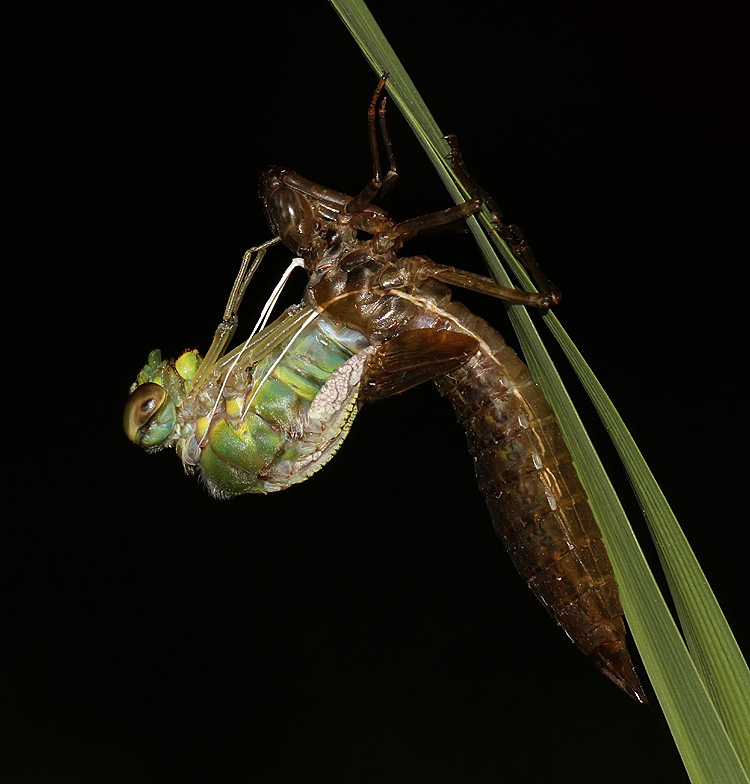 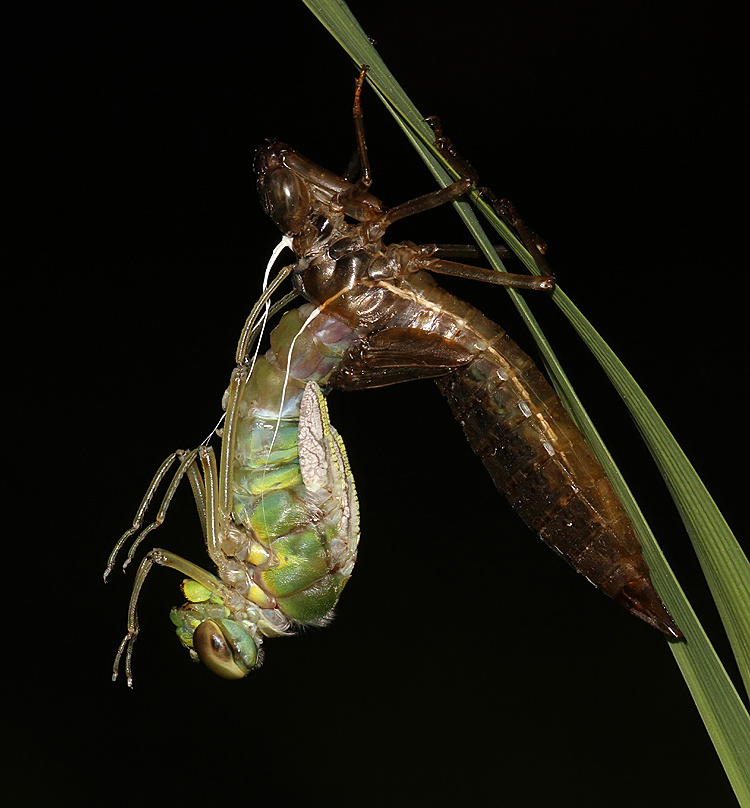 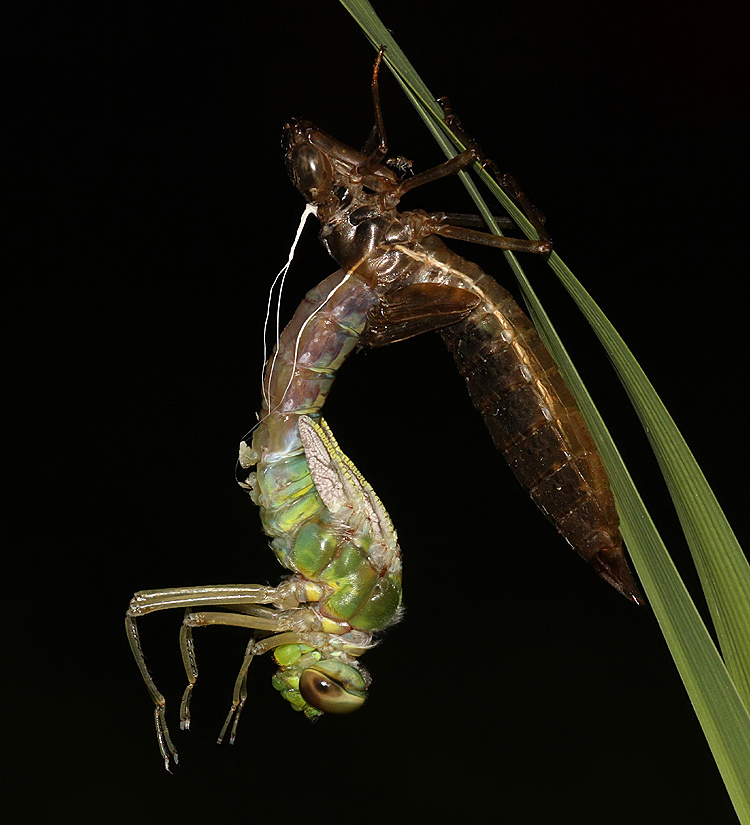 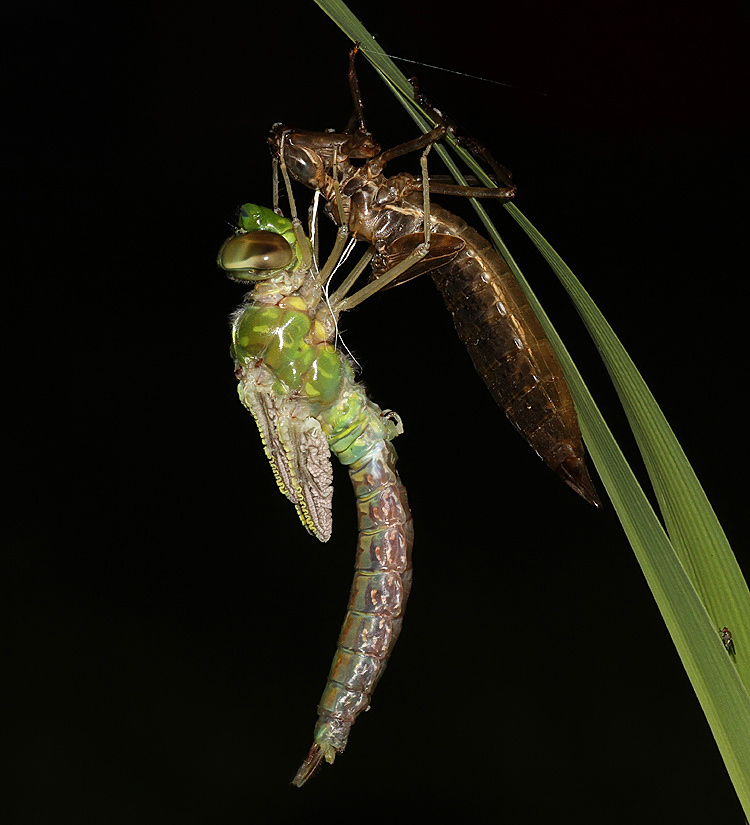 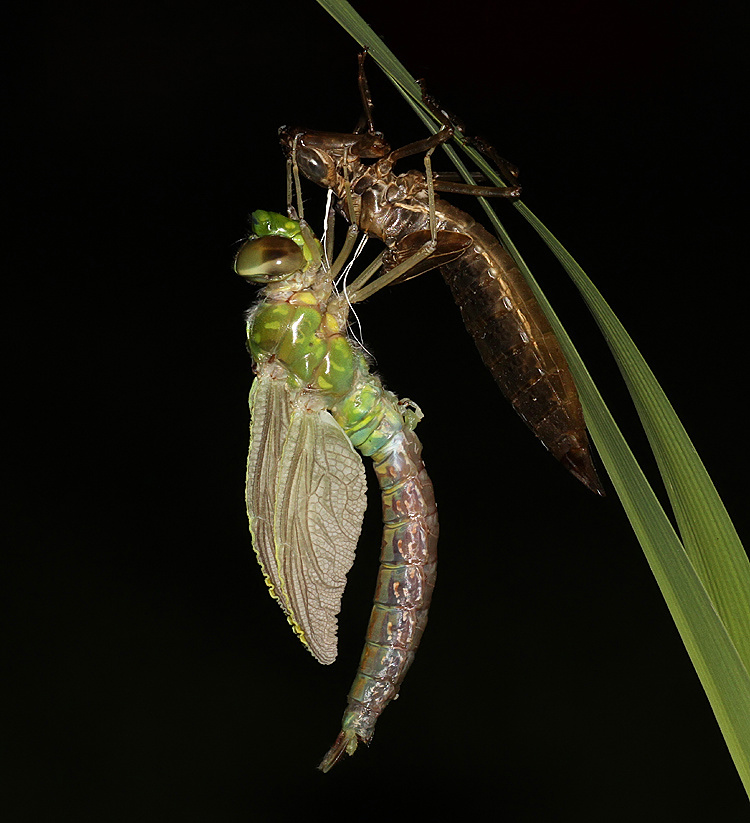 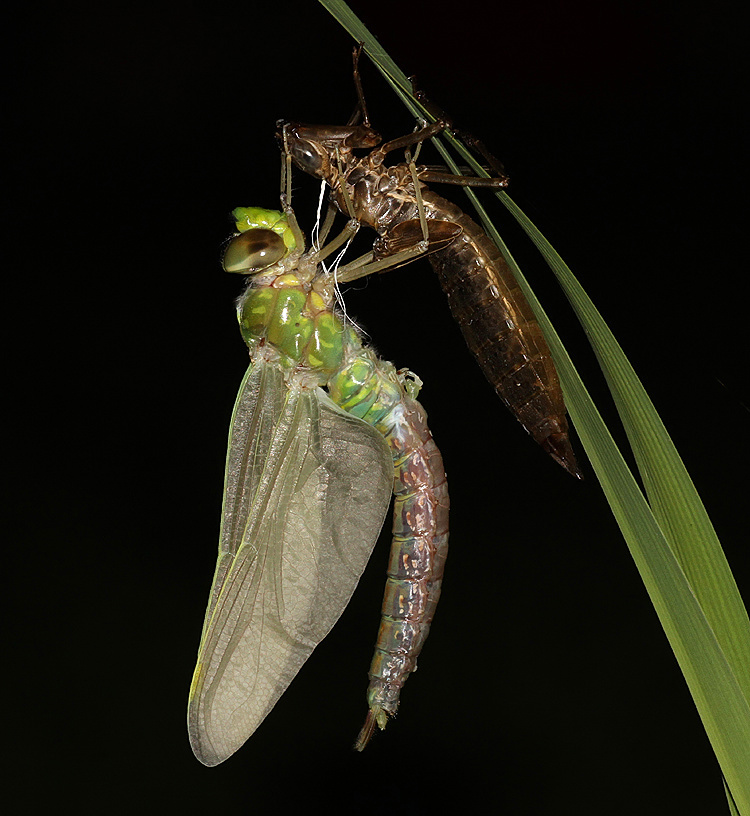 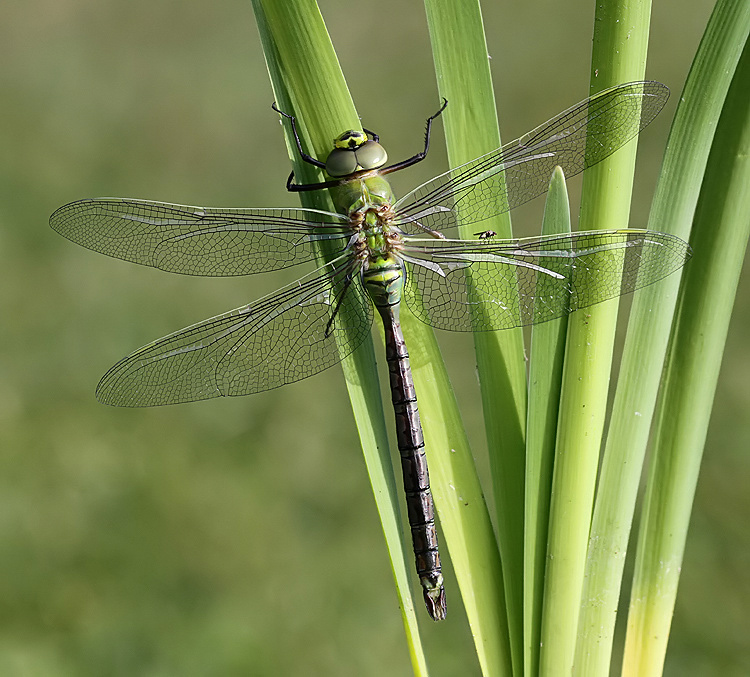