Over the weekend, I decided to have an outdoor session with my tank at Nethergong where after a few minutes of netting at the stream, I had collected a few Willow Emerald Damselfly nymphs. I had already set up the tank with water and a little weed and then set about trying to capture a few pleasing shots of the nymphs. It's always a little tricky doing this outdoors as there are many issues that can go wrong but despite these, I managed to take a few very pleasing shots. With 2 nymphs kept, I decided to then bring them home to see whether I could photograph one emerging. I kept them in the tank next to the pond and put a stick in it so they could emerge and then checked it throughout the evening. Around 10pm when I went out to check the tank, I could see one of the nymphs had already climbed up the stem and was preparing to emerge. I was quickly into action and set about getting all the gear ready at the pond and then settled in for a hopeful emergence. There is something quite magical about sitting in the darkness watching an emergence but the ever present midges were enough to keep me occupied. It wasn't too long until the nymph started to emerge and then during the next hour, I watched once again as the Willow Emerald Damselfly emerged and began to pump up its wings followed by its abdomen. It was just before 11:30pm that I was finally making my way to bed. I was up the next morning early where I collected the damselfly and drove the few minutes to Nethergong where the damselfly was released in the same area where the nymph was collected. A visit tonight produced a few more Willow Emerald Damselfly flying from the grasses to the trees at the stream and 3 Norfolk Hawker and 1 Emperor Dragonfly were also at the stream. Fingers crossed for some nice weather at the weekend where hopefully I can return to once again spend time with one of my favourite species. 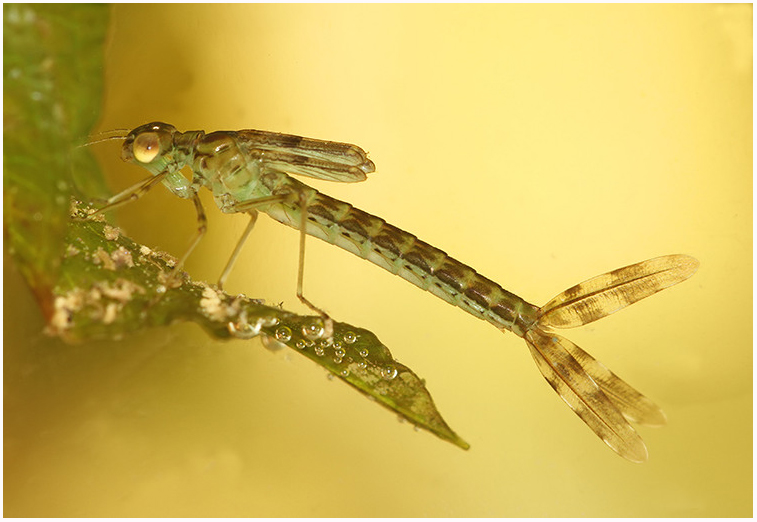 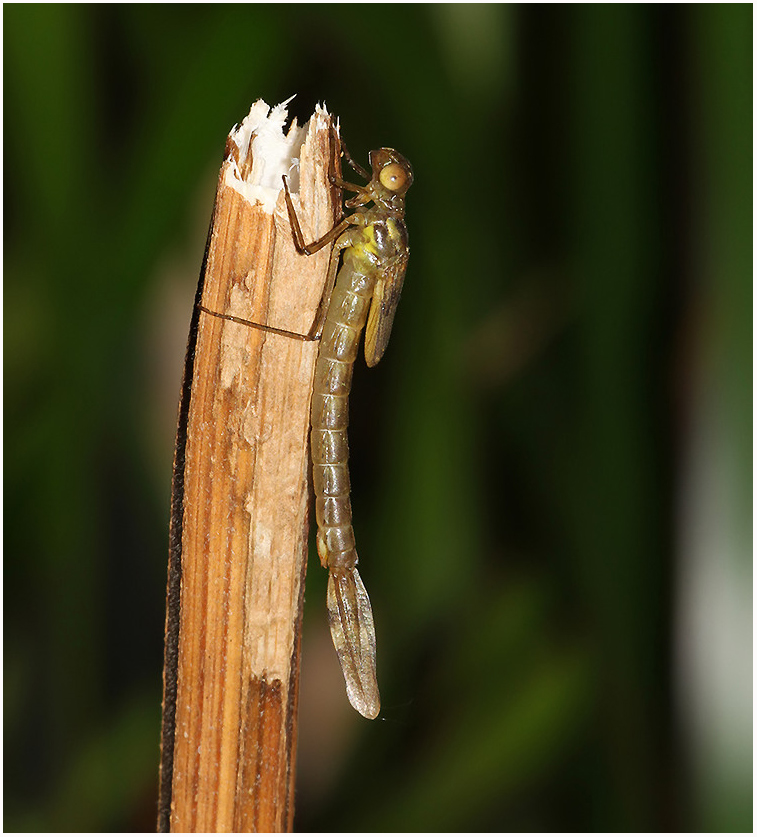 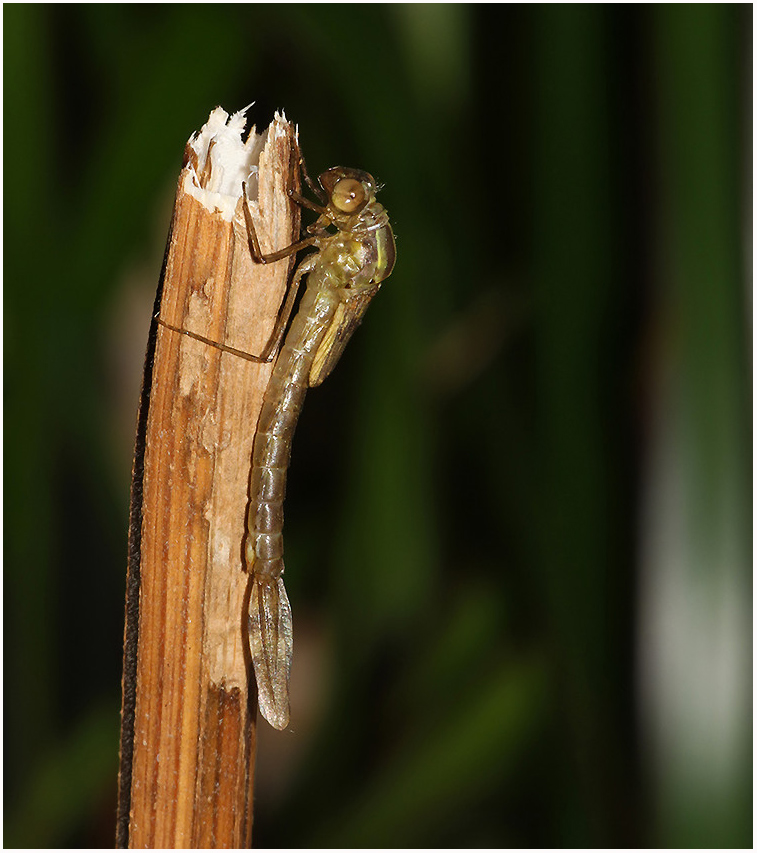 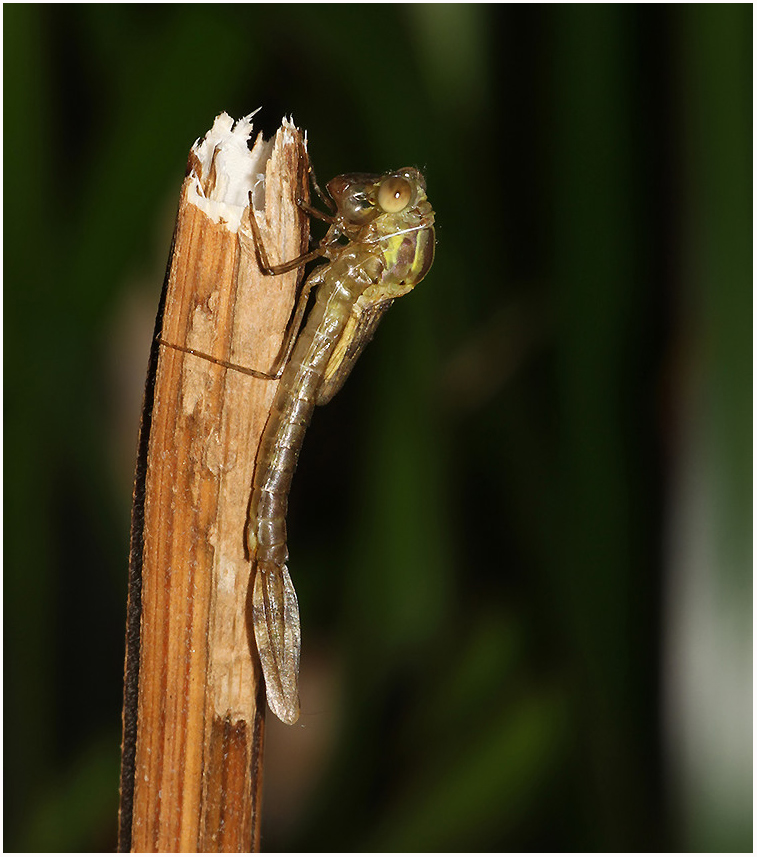 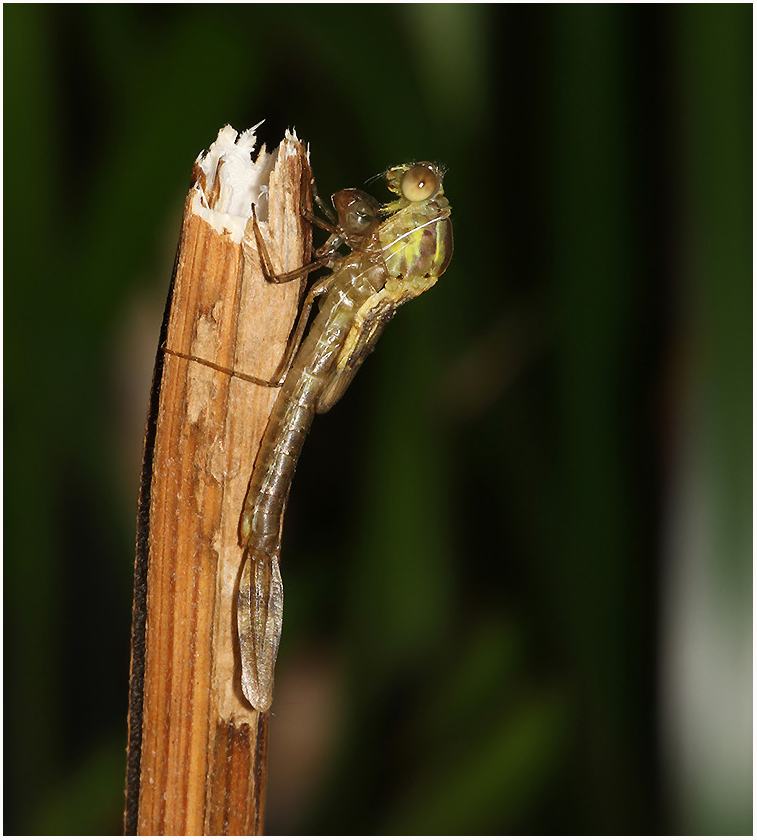 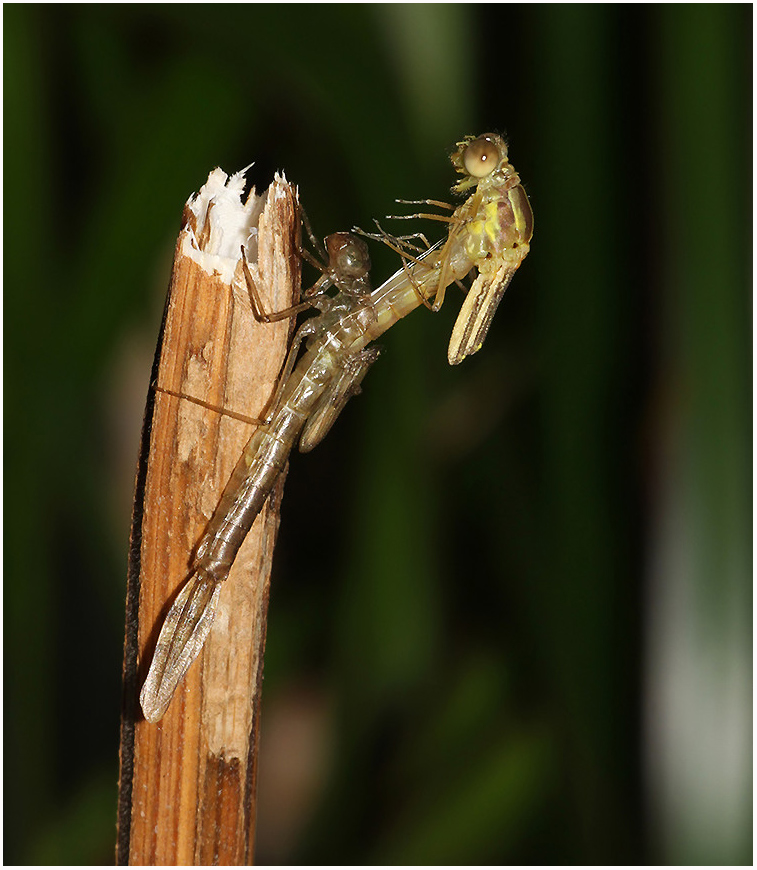 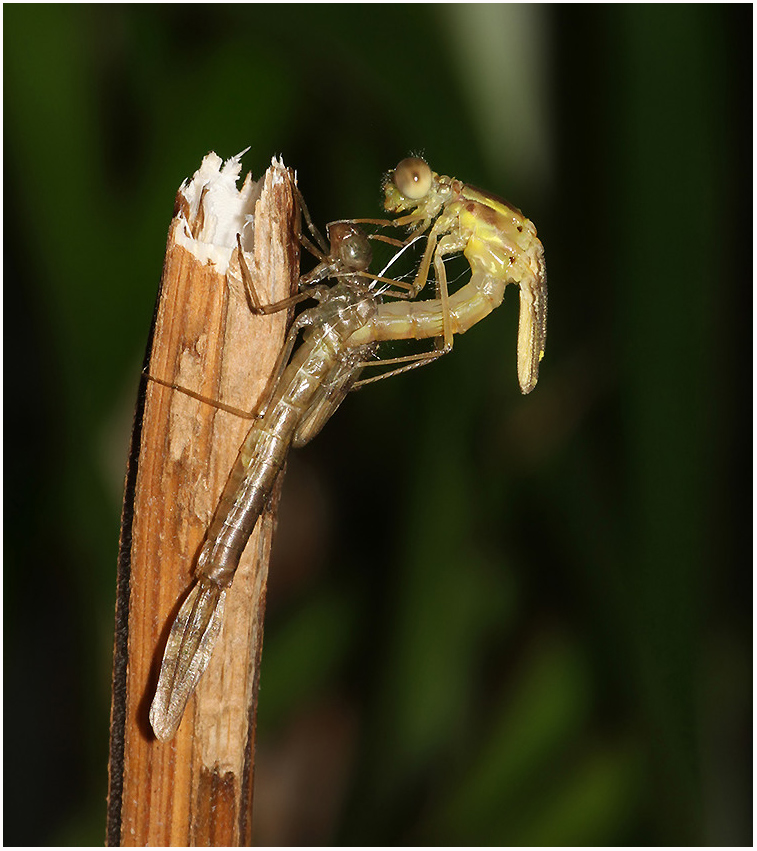 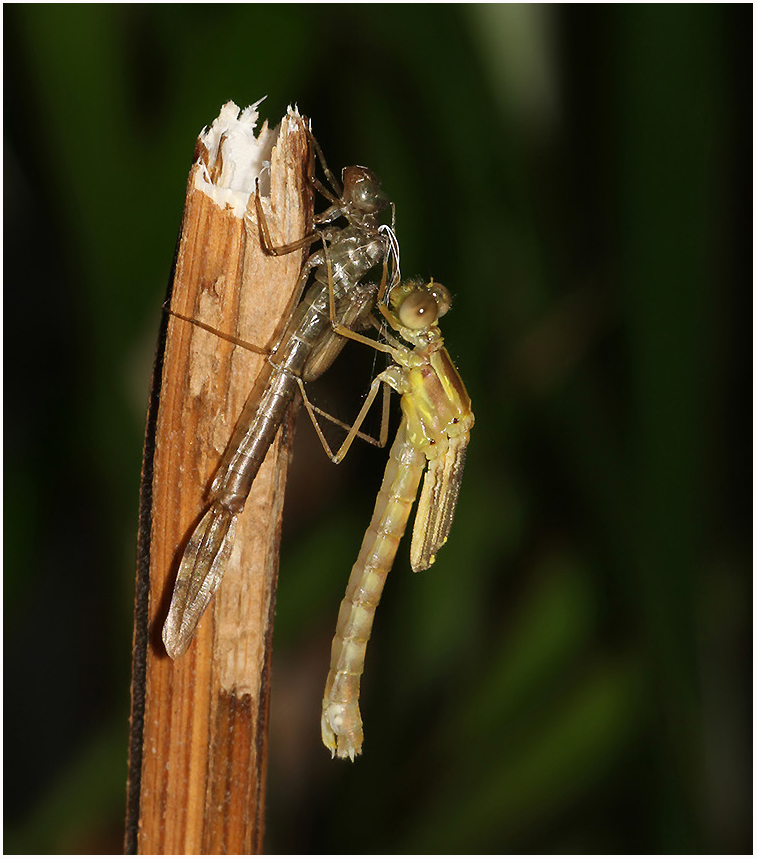 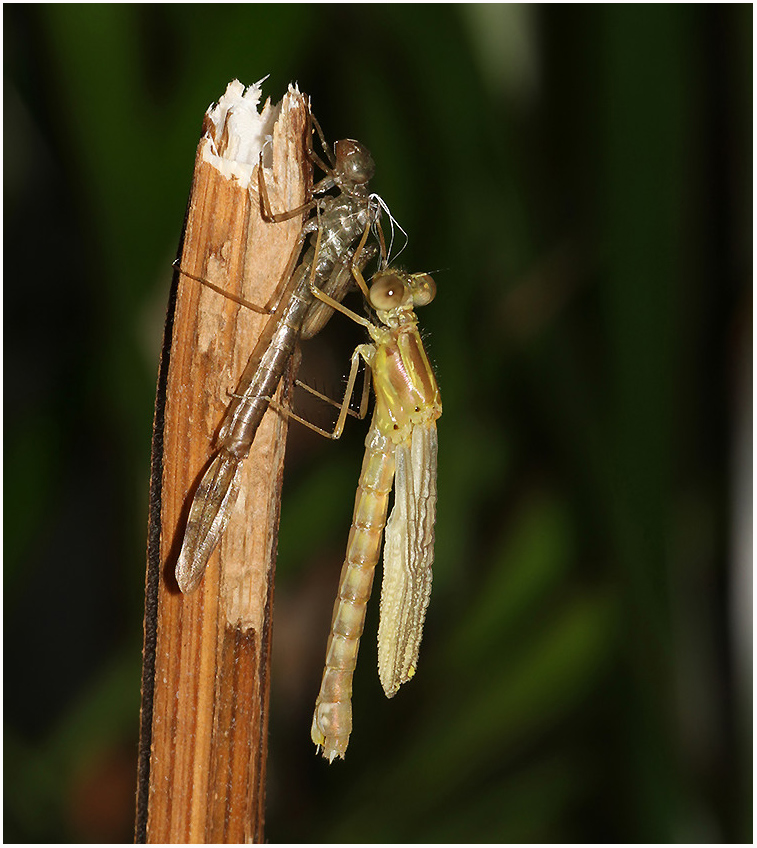 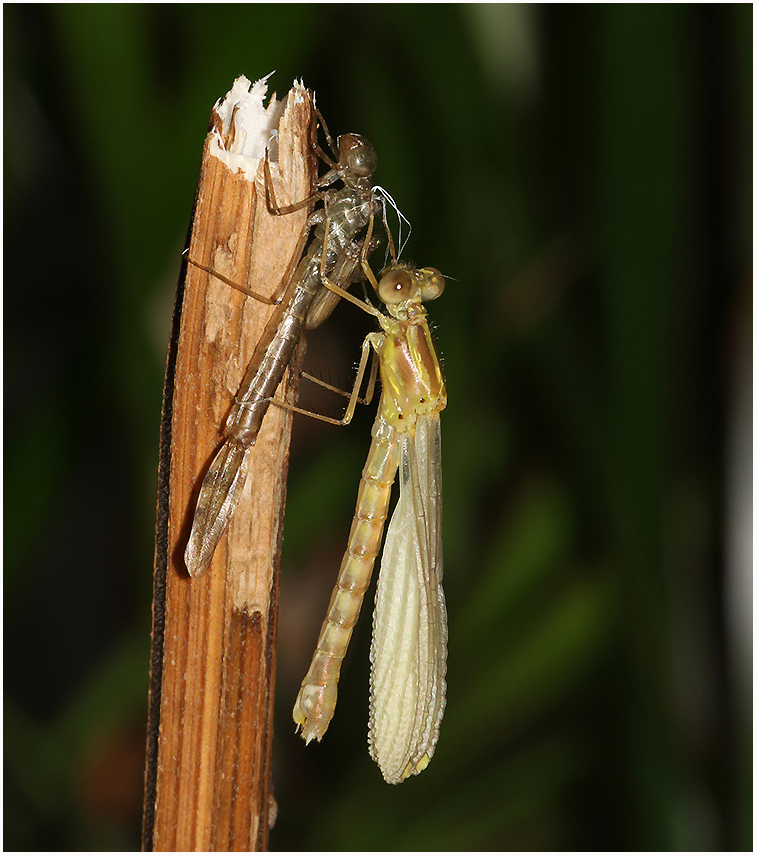 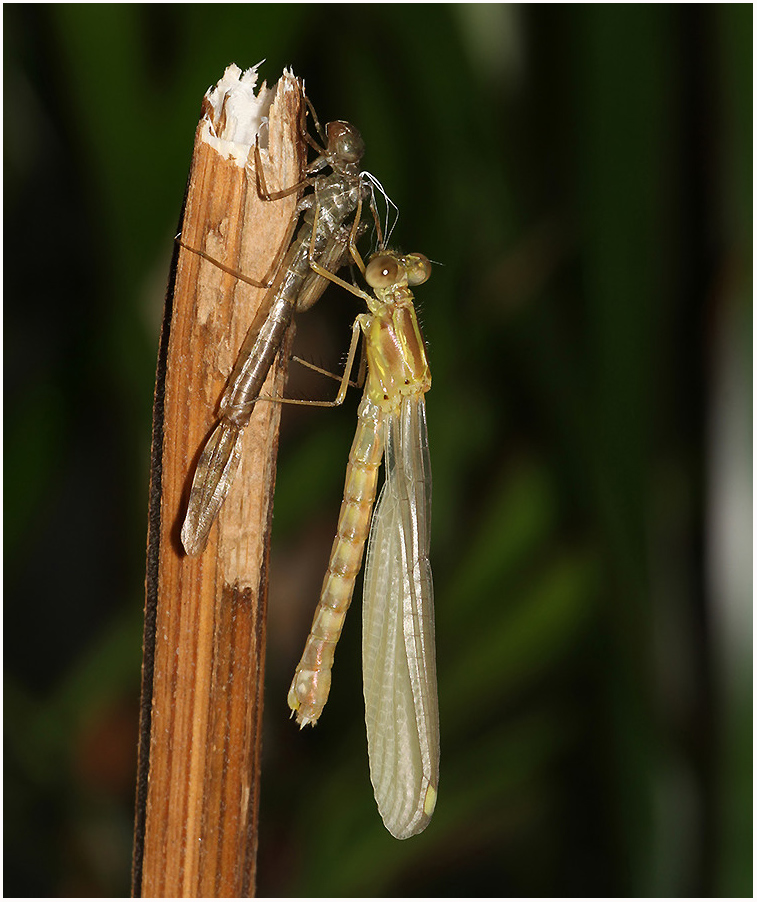 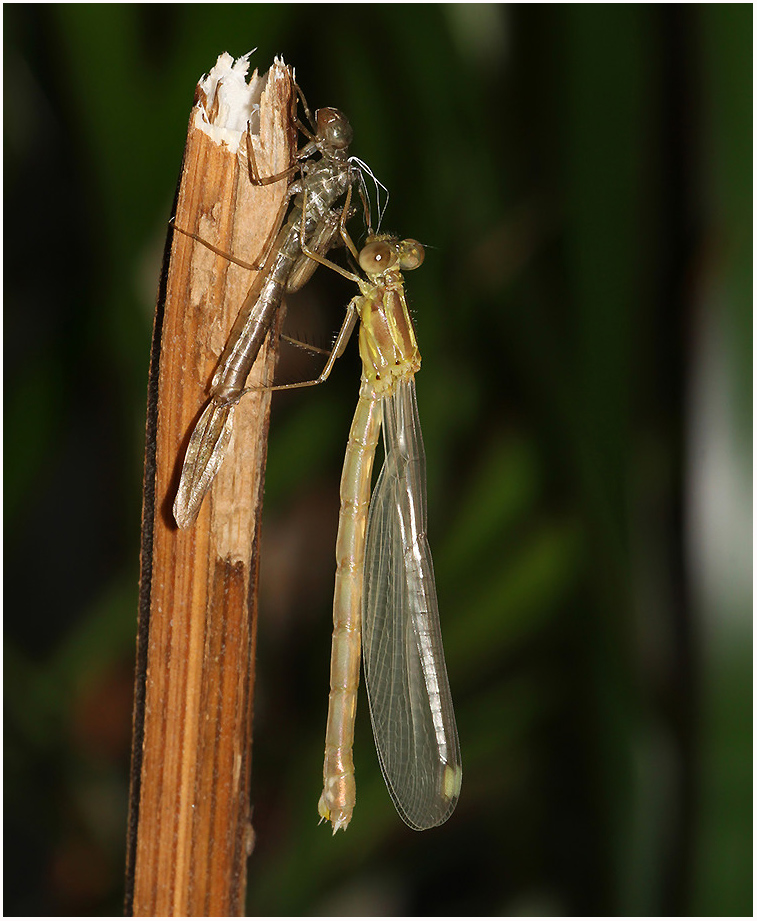 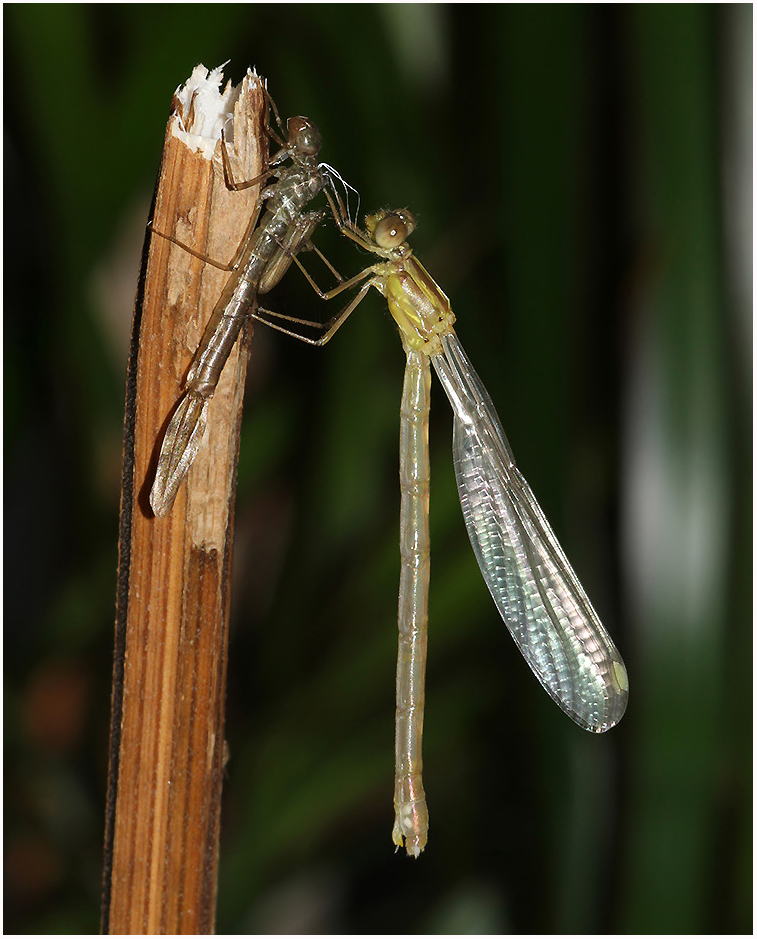