Having not managed to get out much in the past couple of weeks due to family trips and the weather not great when I do have the time, I was eagerly anticipating getting out today to see what was still on the wing. It wasn't until my second trip of the day to Nethergong that the sun finally made an appearance and with that, a few of the autumn species were to be seen well in good numbers. A good walk around the site produced at least 51 Willow Emerald Damselfly with a good number seen in tandem ovipositing into various trees and bushes. A while was spent finding a few individuals for the camera which posed quite nicely. I will post these in due coarse. No doubt others were missed but nice to see that they are still around in reasonable numbers. There were also c20 Migrant Hawkers with a few males photographed along with a mating pair and Common Darters were numerous with at least 25 seen basking in the sunshine. Whilst I have seen it a few times over the years, it is always a bit sad to see the demise of a dragonfly in front of you. Today whilst I was photographing a Common Darter, it was suddenly attacked by a wasp. Both spiralled to the ground and as I watched on, I could see the wasp initially stinging the darter. At this point, I really wanted to step in but with the wasp stinging, I was a bit wary of intervening. After a few seconds, the wasp took off but kept flying around the darter. I assume this was to let the sting take effect on the darter. I reluctantly decided to photograph the rest of what was about to unfold. Not nice to watch at all but nature can be raw to say the least. The wasp returned to grapple the darter where it started to remove the abdomen with its strong jaws. It then moved up to the head where this was soon removed and then in turn, the wings were bitten off. Finally, back to the abdomen which was finished off and then the thorax which I assume is the meaty meal for the wasp, was neatly folded under the legs of the wasp before it flew off with its prize. All that was left was a head, wings fluttering in the breeze and the abdomen which occasionally still twitched. Nature can be cruel but with so many predators around, it's inevitable that from time to time, that this will happen. It probably happens a lot but we just don't see it. On a brighter note, hopefully my next post will have a few of the classic autumnal species. 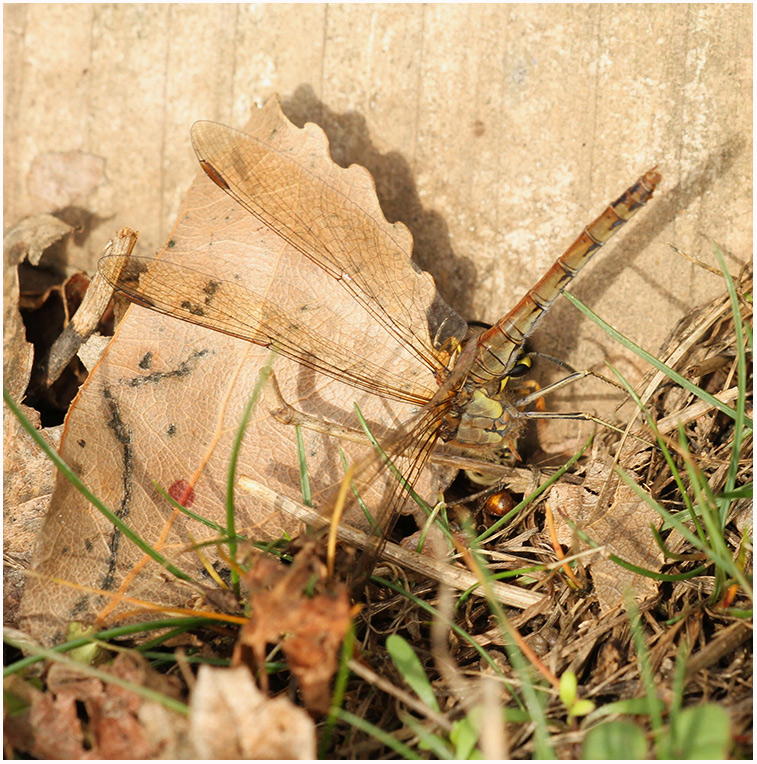 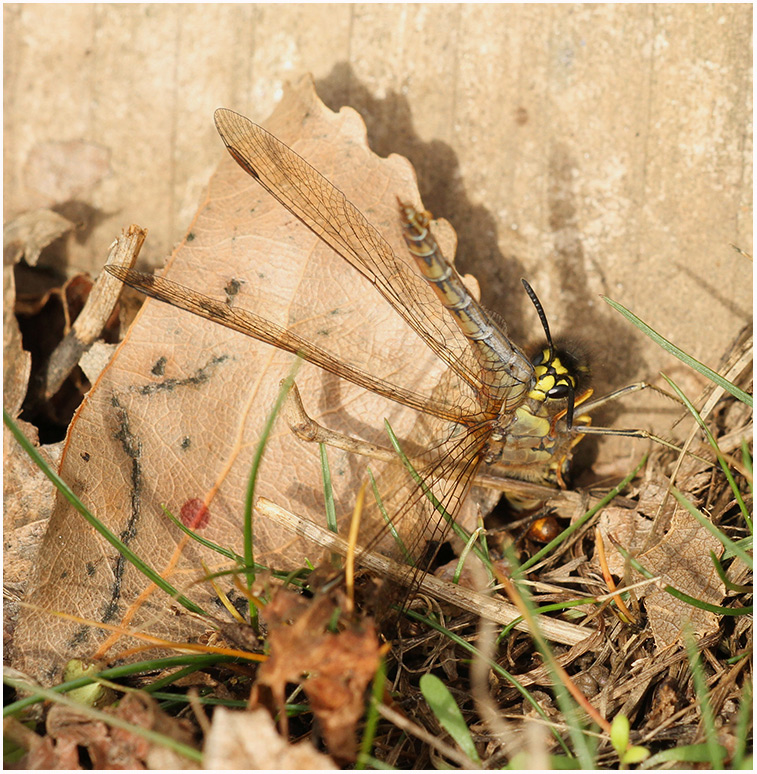 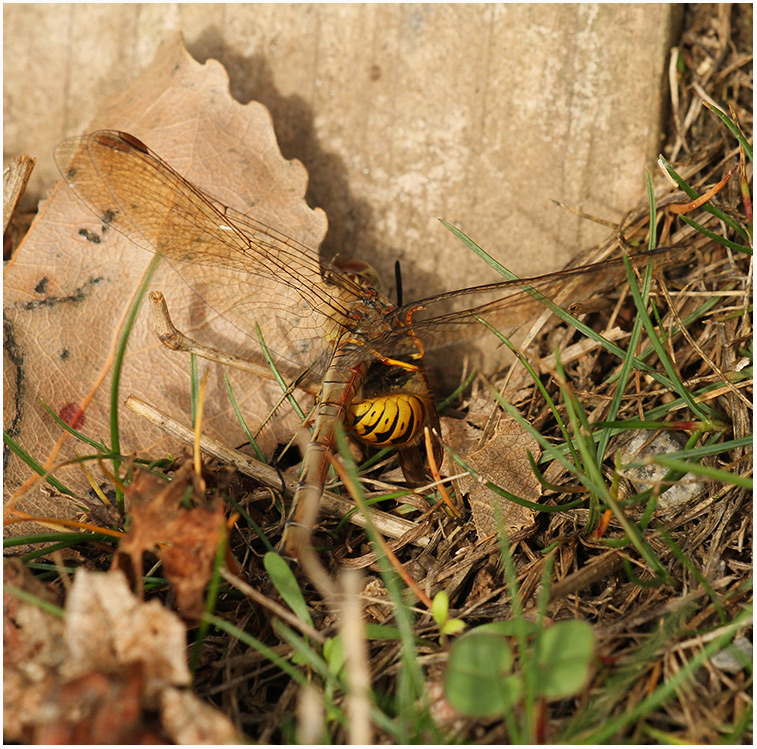 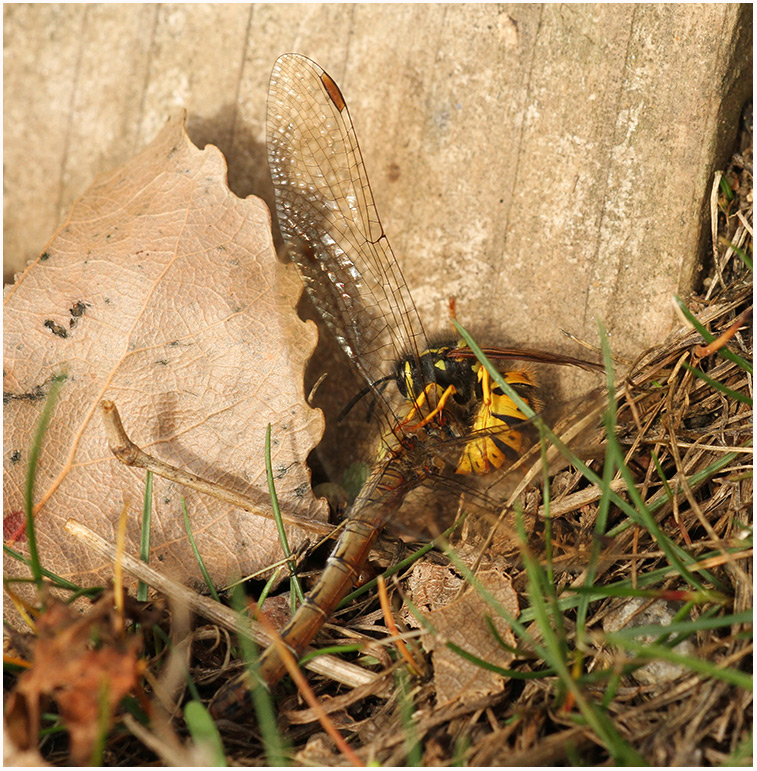 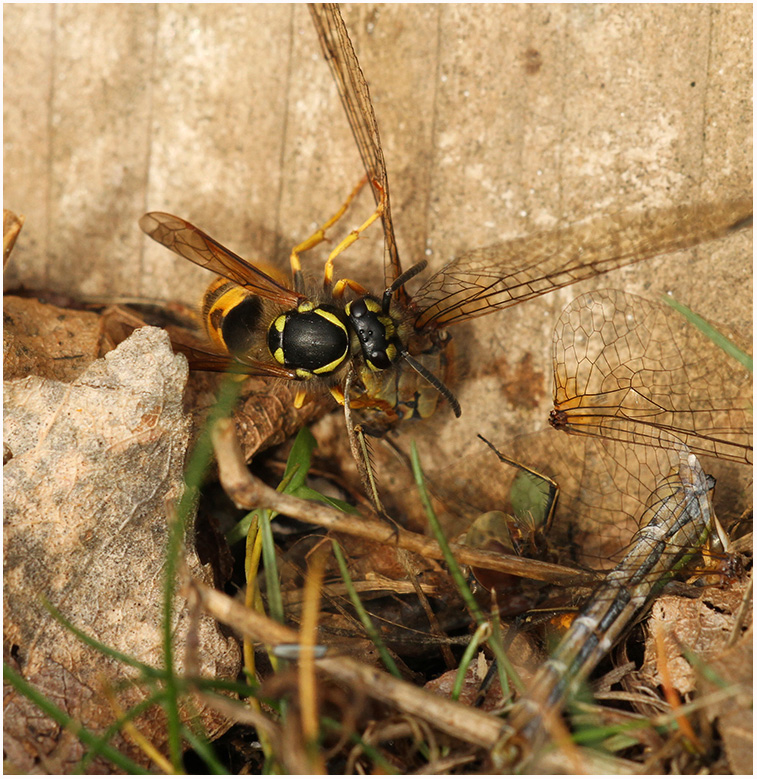 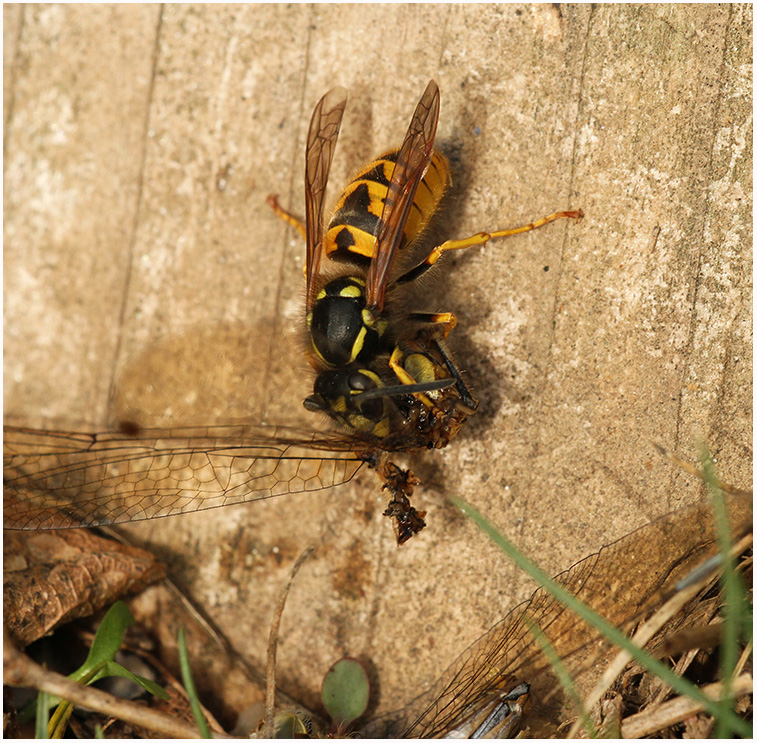 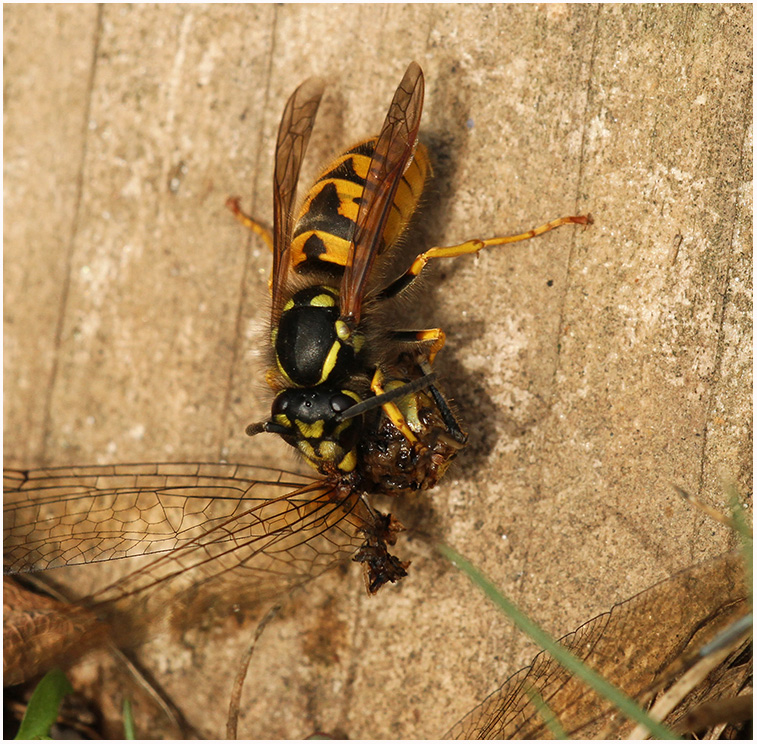 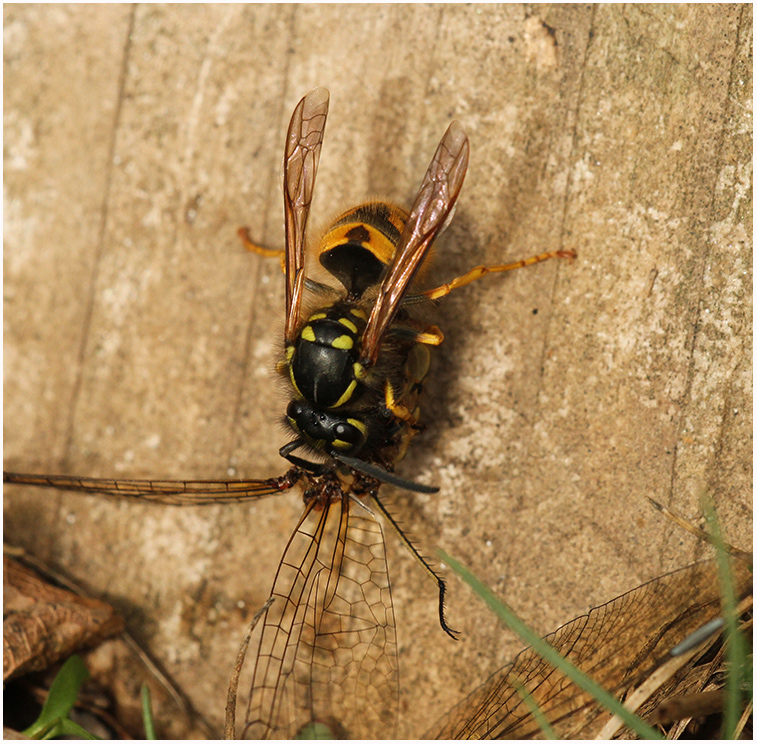