What A 'Stag' Night!

For a number of years now, I have wanted to see what has to be one of the most stunning insects the animal world has to offer in the UK, the Stag Beetle. For a number of reasons, I have never ever found that much information locally to me and didn't even know if they were to be found in this part of Kent as they are 'Nationally Scarce'. It wasn't until my car went into a garage that I met up with Steve who I had previously known of through photography. We got chatting and he then produced these stunning photos of a male stag Beetle on his phone which had been take in his garden in Whitstable. I didn't hang around making my requests for if they turn up again, could I go and see one and Steve said he would keep an eye out. A couple of years past with no joy although Steve had seen them briefly and heard them but this all changed last night when at around 10pm, I received a text from Steve alerting me that he had a couple of male Stag Beetles in his garden. Despite the time, Steve was fine for me to visit his Whitstable garden and a while later I was pulling up quite excited. There in the garden sitting motionless in the dark was one of the most stunning insects I have put my eyes on. All the years of waiting and there it was in all its glory. The fact that it was a male as well with the huge antlers was even more of a bonus and Steve spent a while educating me on the life of this remarkable insect. They can spent up to seven years as a larvae under the ground before emerging as an adult, the males don't eat but can sometimes take on liquid through rotten fruit etc, the 'antlers' are really over sized mandibles but are only used in courtship and wrestling with other males. This information was blowing my mind and after spending quite a while just studying this beauty, it was the turn of the camera to capture a number of images of the 2 males on the camera. Thankfully the subjects just sat still on the logs which made my job a little easier. Before I knew it, it was coming up to midnight and with a memorable experience banked in the memory, I made my way back home for a well earned sleep. As I write, I'm still on a high having at last seen such a magnificent creature but my special thanks must go to Steve for his excellent kindness and education of the Stag Beetle. Should anymore appear, I may get another go to photograph them but if not, what a fantastic Stag night I had! 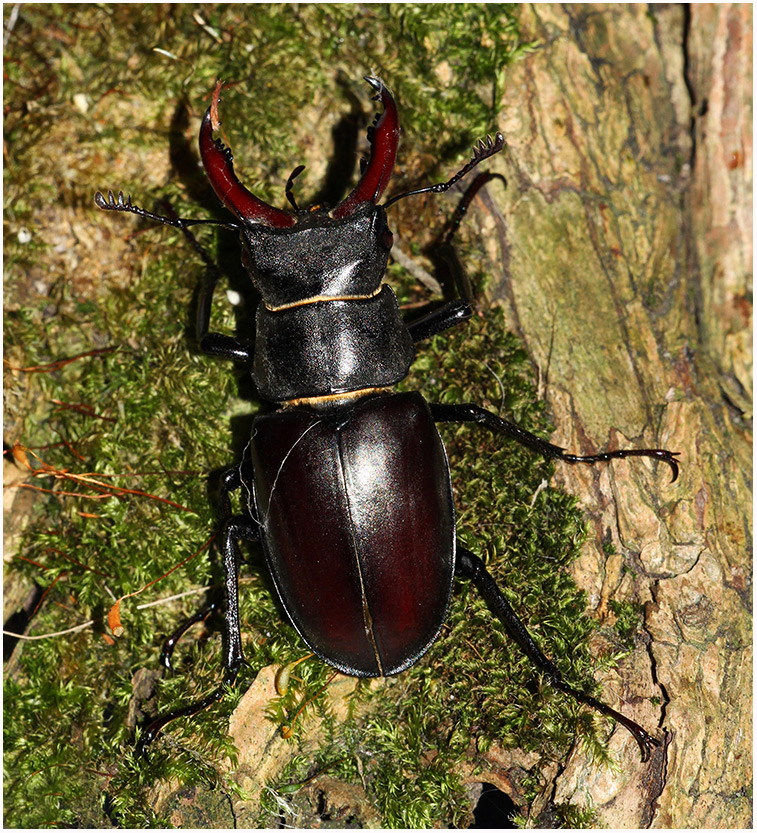 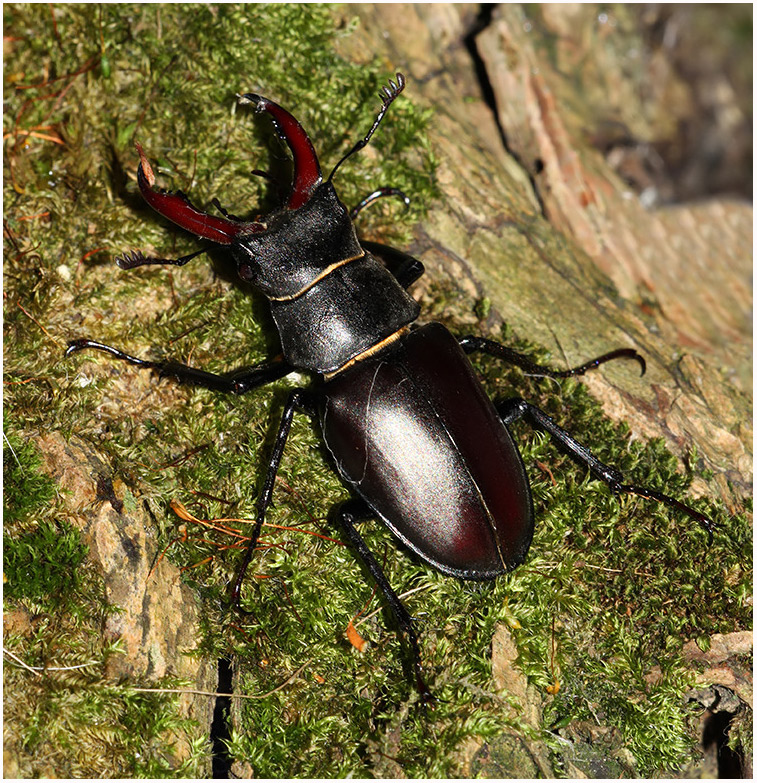 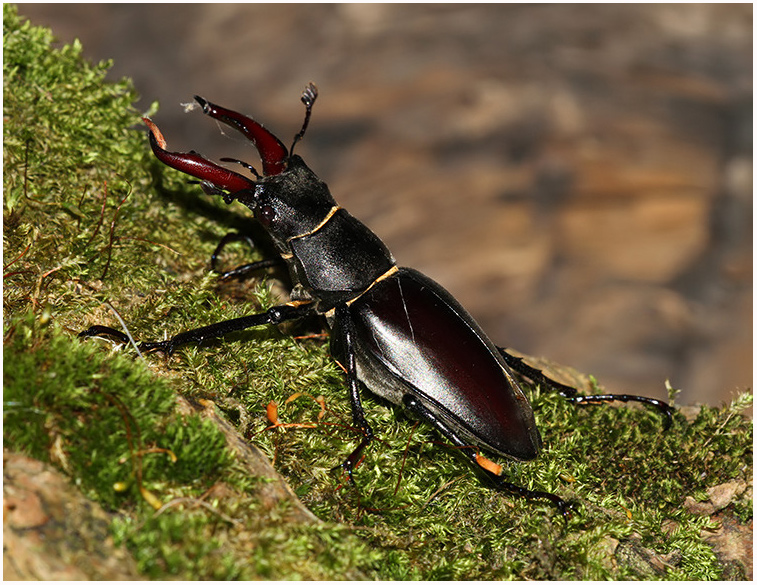 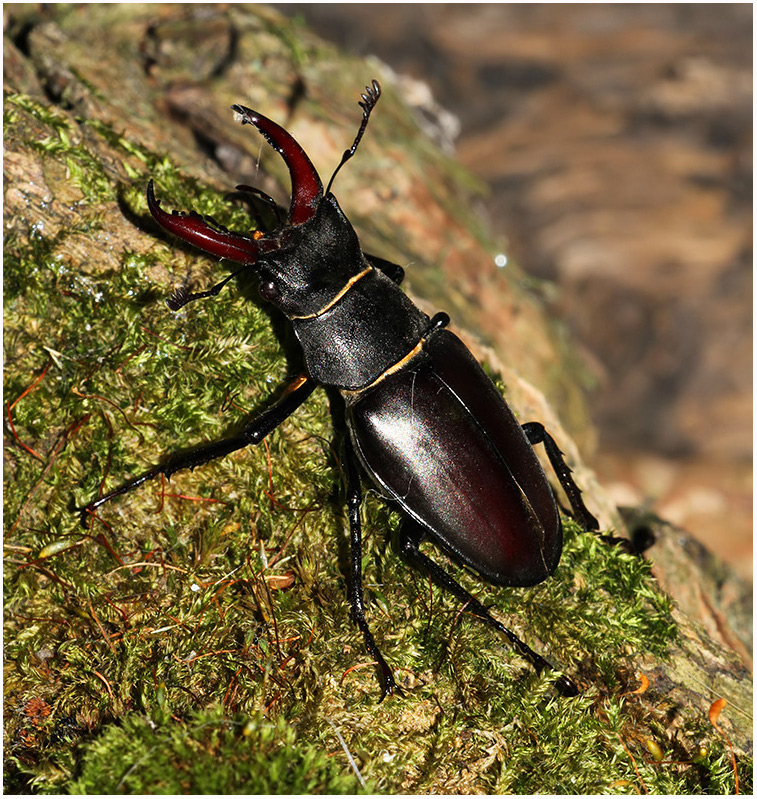 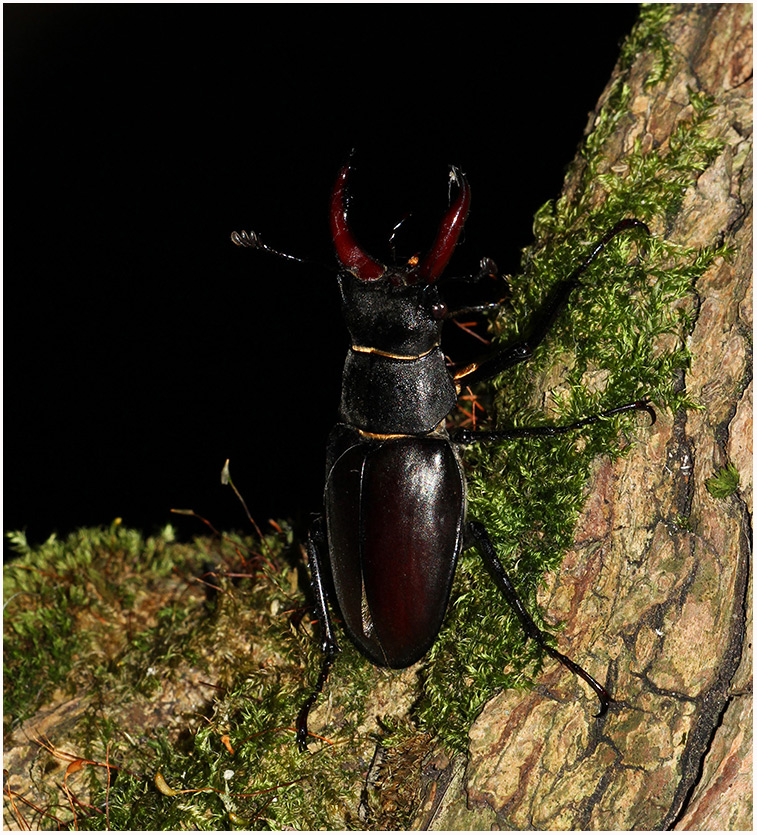 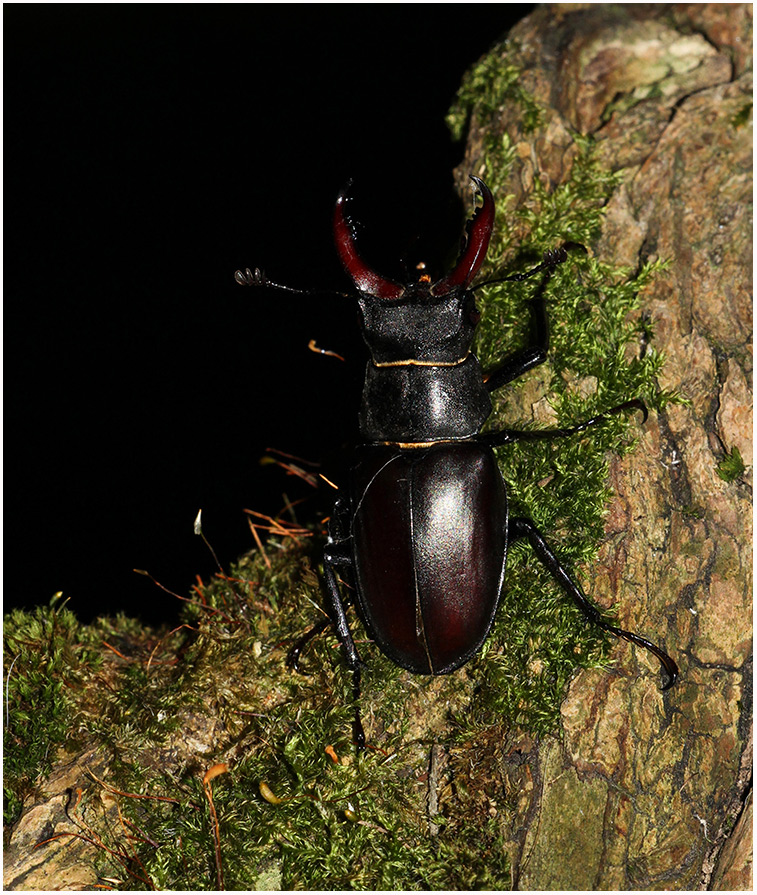 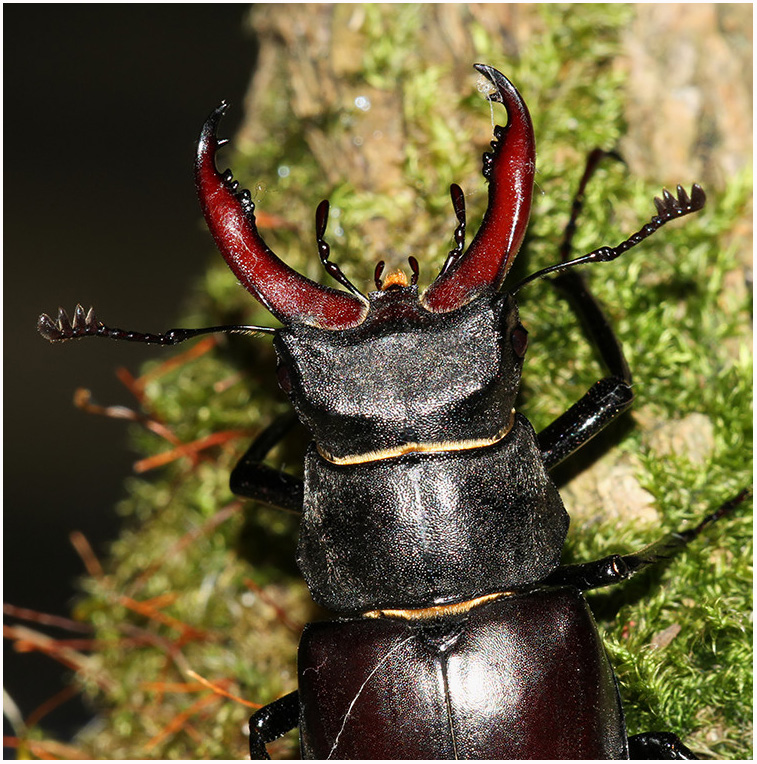 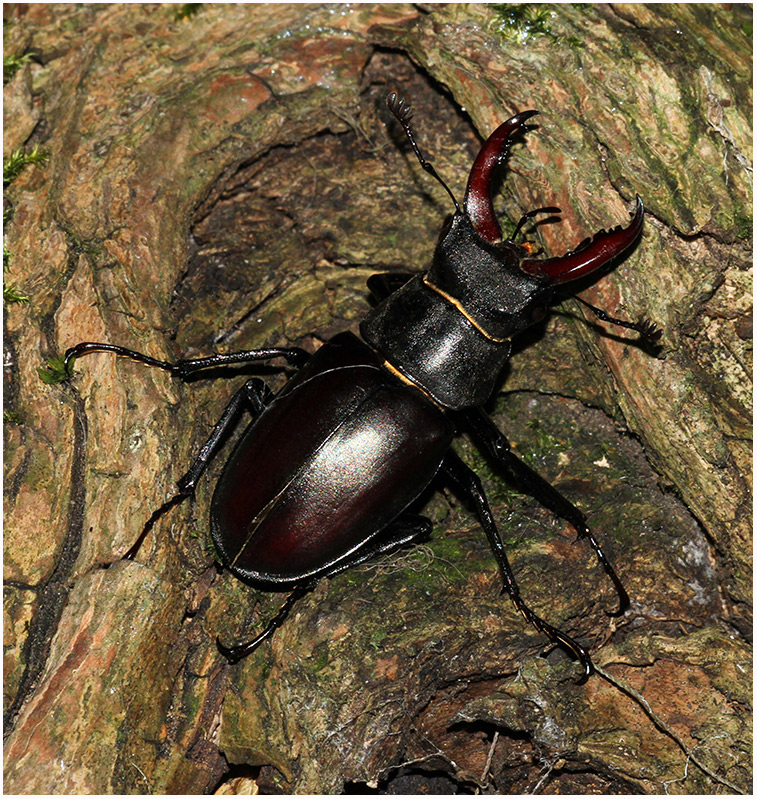 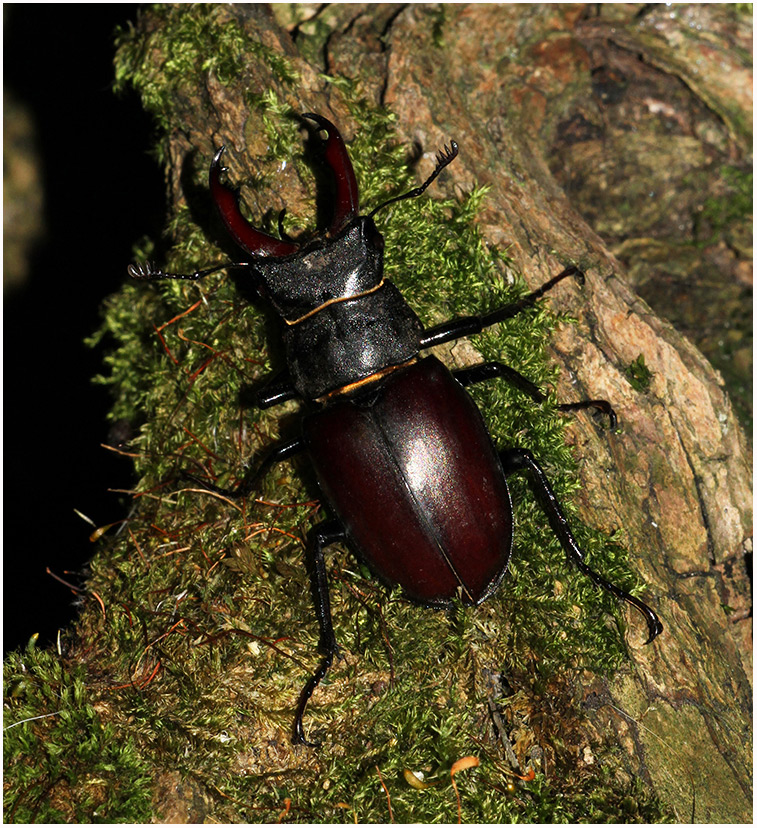 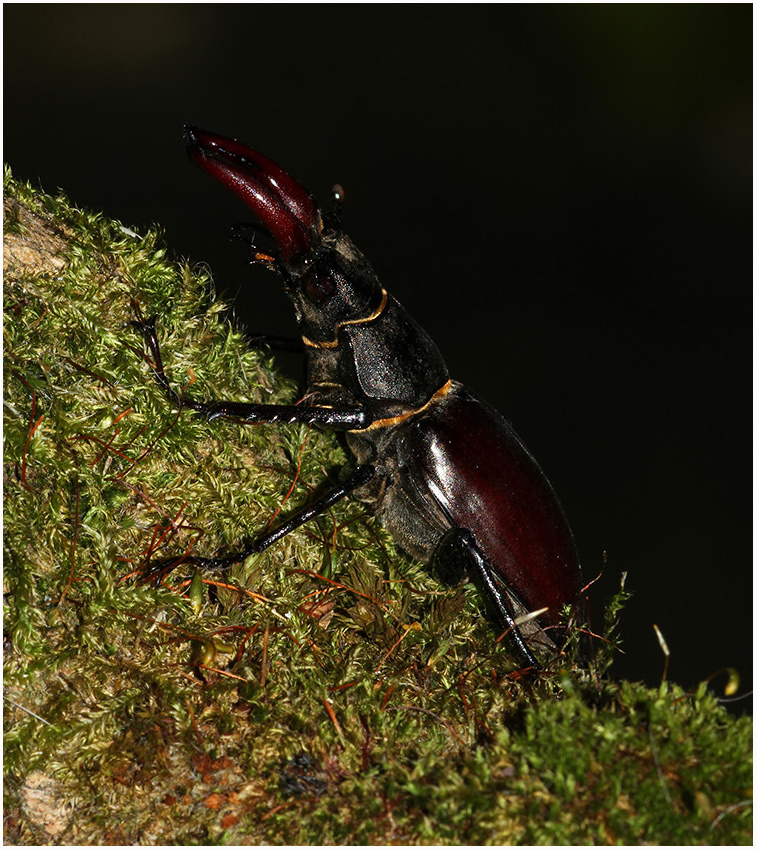 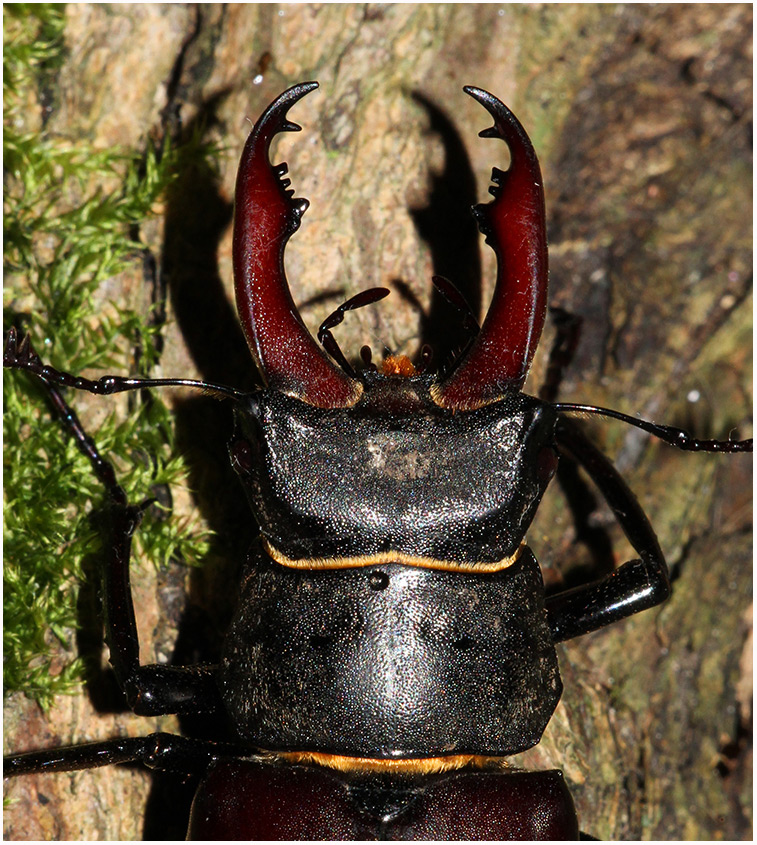