Over the past few nights, I have been out to my garden pond to see how the Large Red Damselfly nymphs are progressing but whilst out checking the other night, I found a Hairy Dragonfly nymph clinging to one of my pre planted stems with its head and back of the thorax sticking out of the water. Normally this is a sure sign that within a few days, they will normally emerge. Seeing the first Hairy Dragonfly of the season is always a special moment that I look forward to every year. I checked for a few more nights where the nymph remained in position but when I went out last night around 21:15, the nymph had left the water and was in the process of climbing higher up the stem. I stayed back at a distance where I could see what was going on and after seeing the nymph starting to thrash its abdomen around to make sure it had clearance to emerge, I went back indoors to get all the equipment required for a few hours photography. I pre warned the neighbours that they might be some flashing going on (the camera, not me!) and settled down at the pond and... waited. Once settled, the nymph took a while and remained motionless for some time before I could start to see the abdomen starting to move and the thorax area getting bigger. With the camera set up on a tripod low down and a flask with me to have a drink, I was then able to take a number of photos over the next two hours and watch as she entered the world as a female Hairy Dragonfly. Thankfully, the emergence went well and around 23: 40, I decided to call it a night and retired indoors for some well earned sleep. I was up sharpish this morning where when ready, I went back out to the pond where she was still resting up. Having collected this nymph from Nethergong during the winter period, I felt it necessary to return her back to the area where hopefully, she can continue her life successfully. As I have mentioned before, it's truly an amazing spectacle to witness an emergence from start to finish and hopefully, I will be able to capture this scenario again this season with some other species. 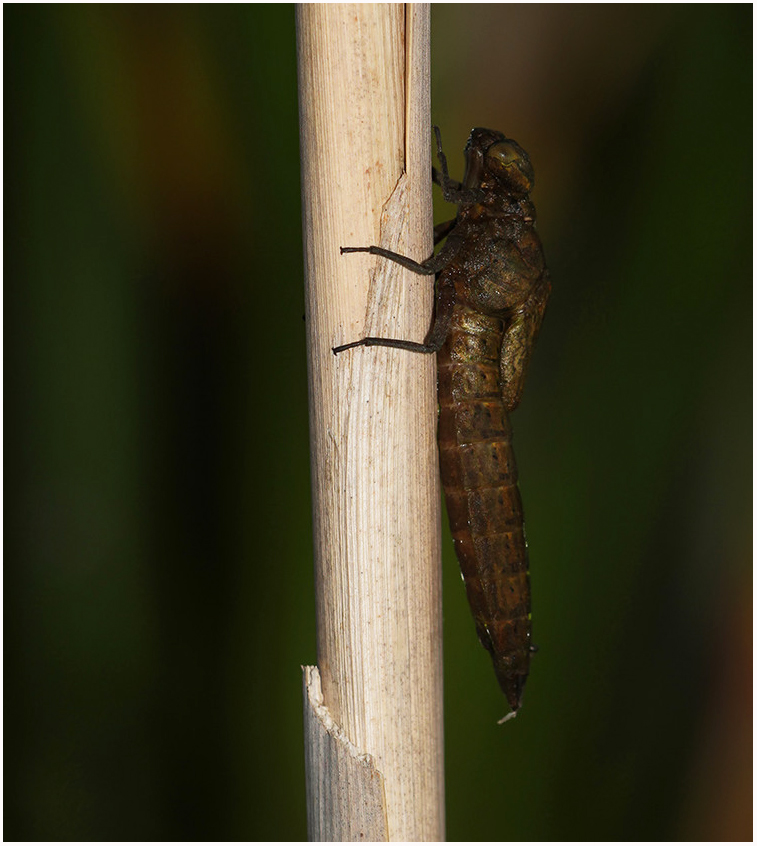 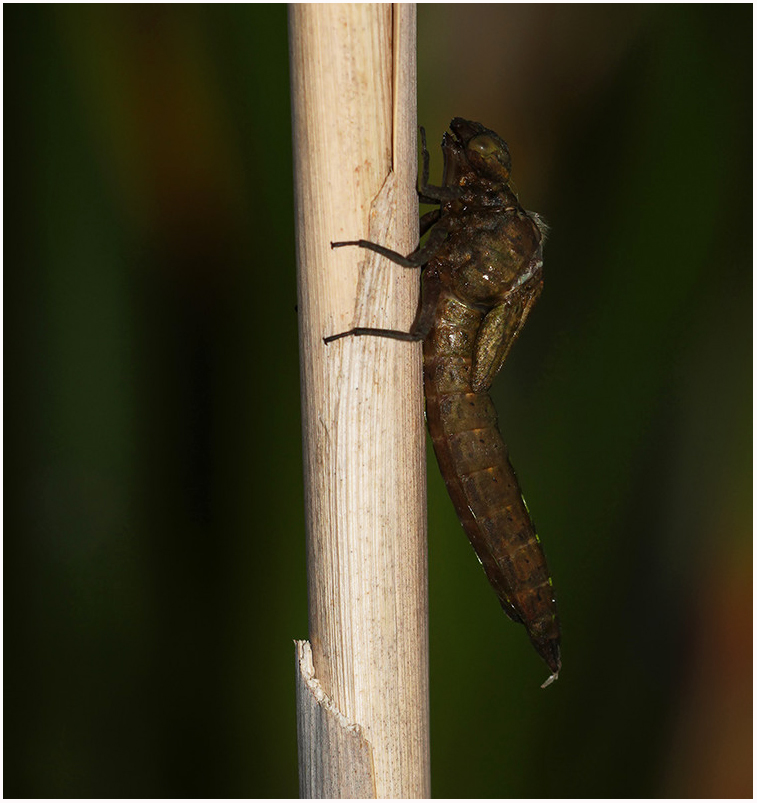 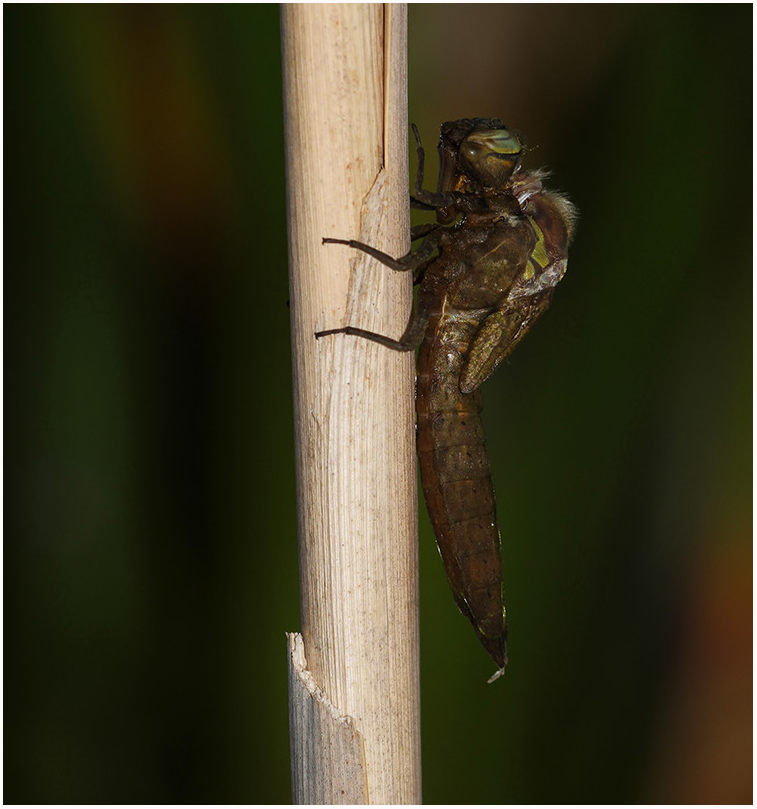 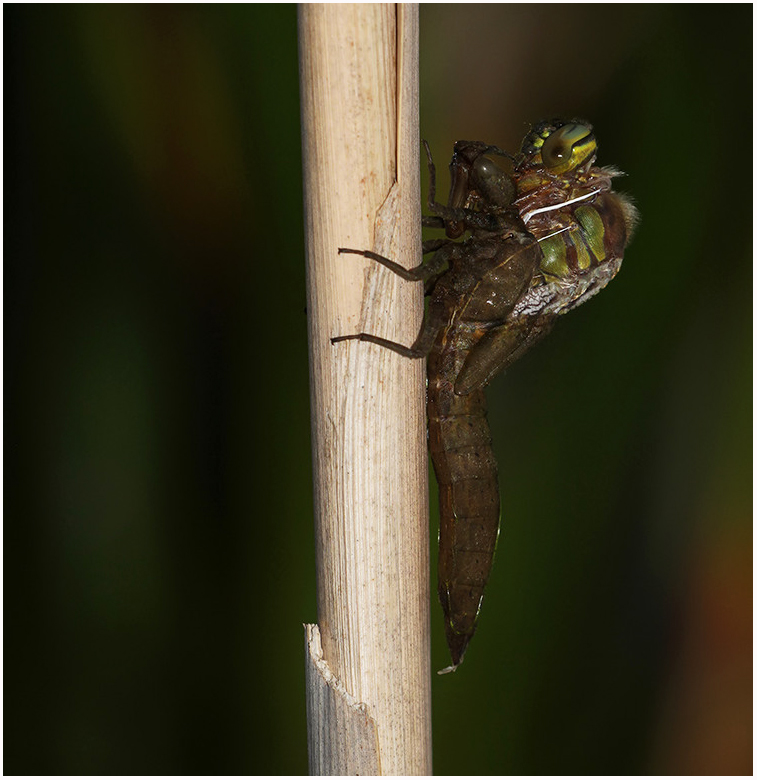 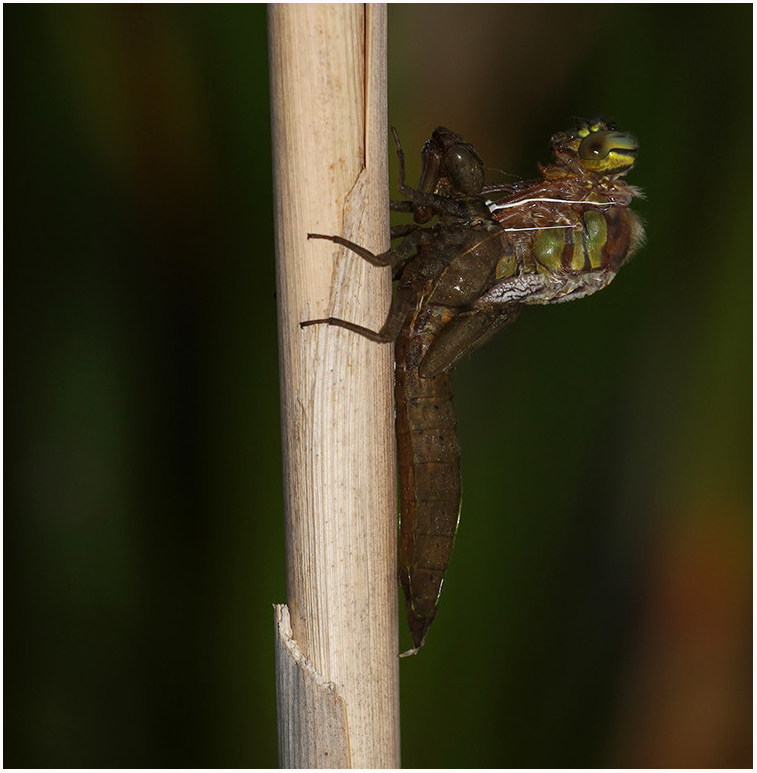 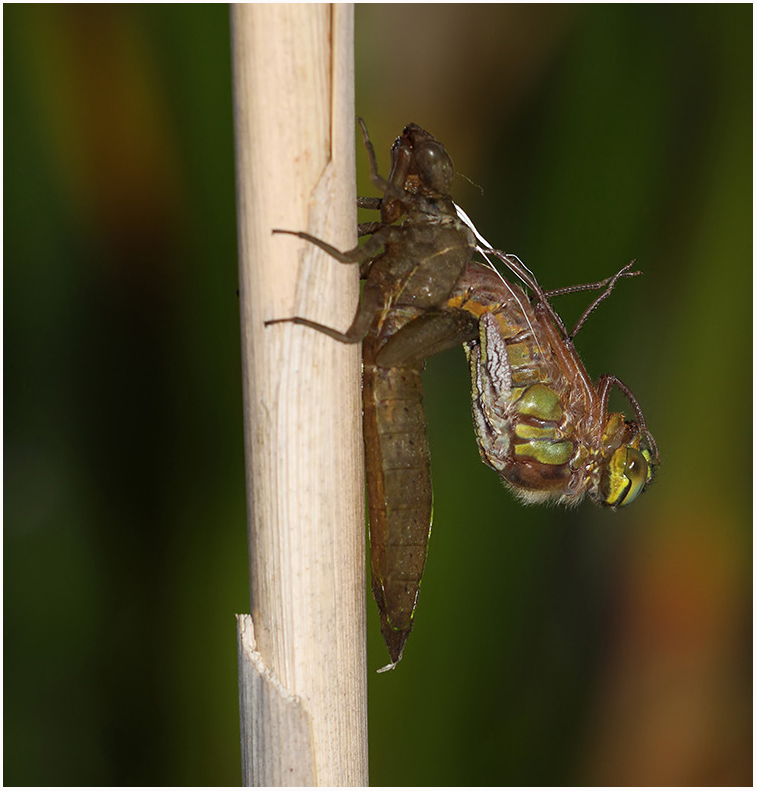 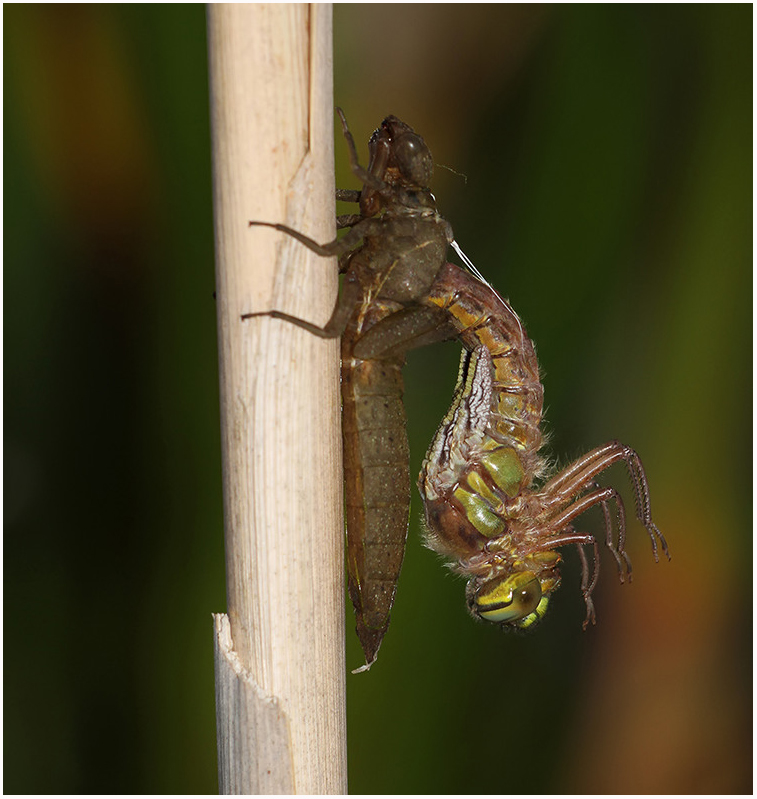 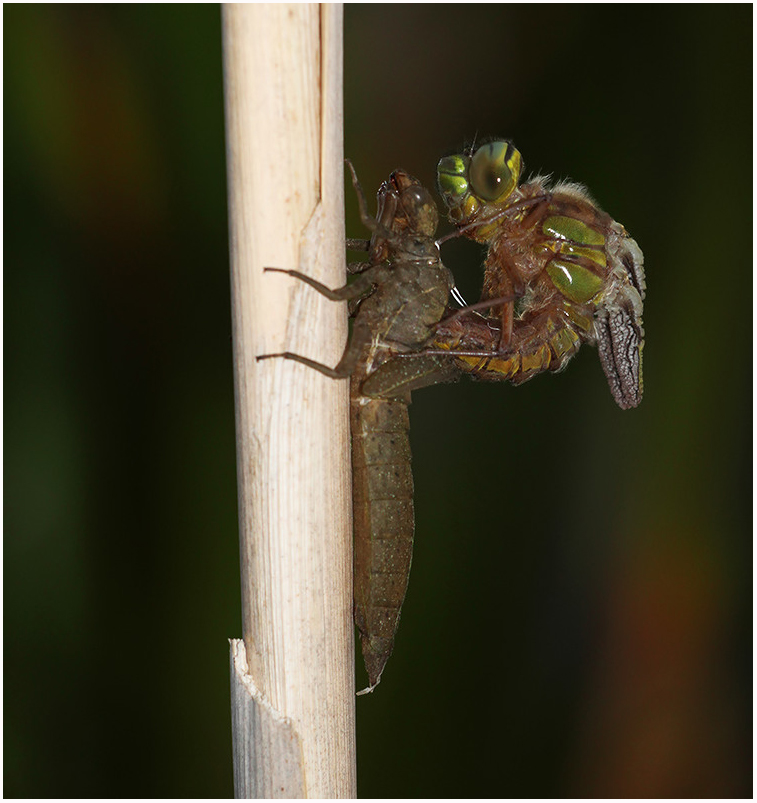 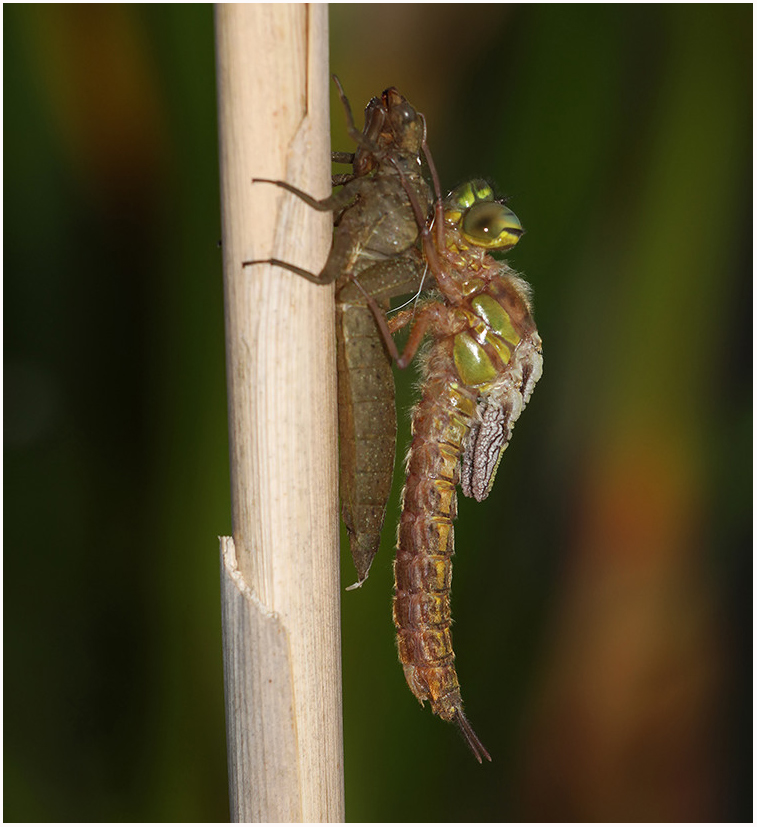 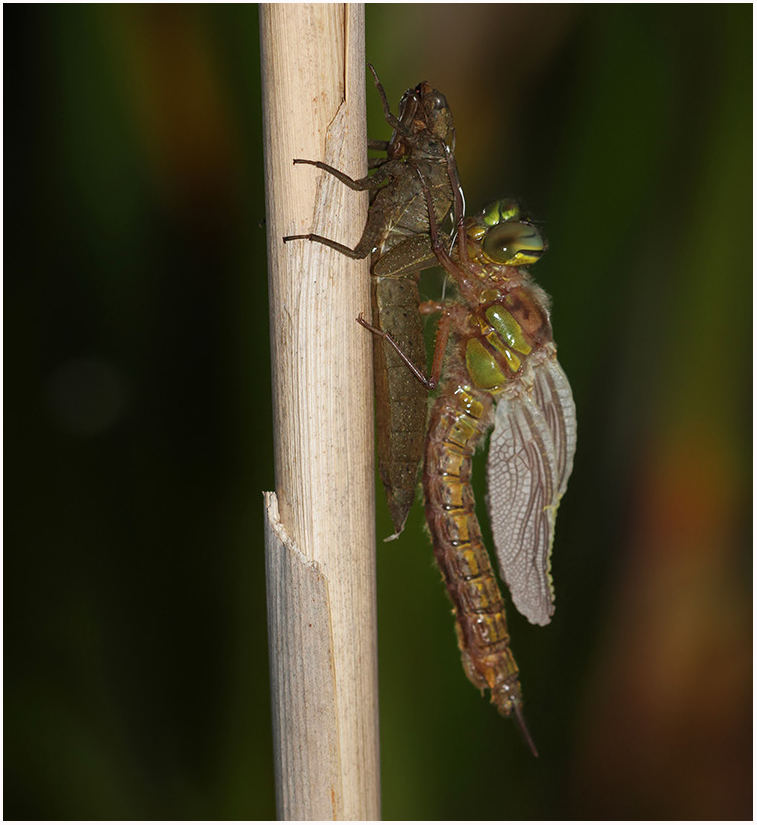 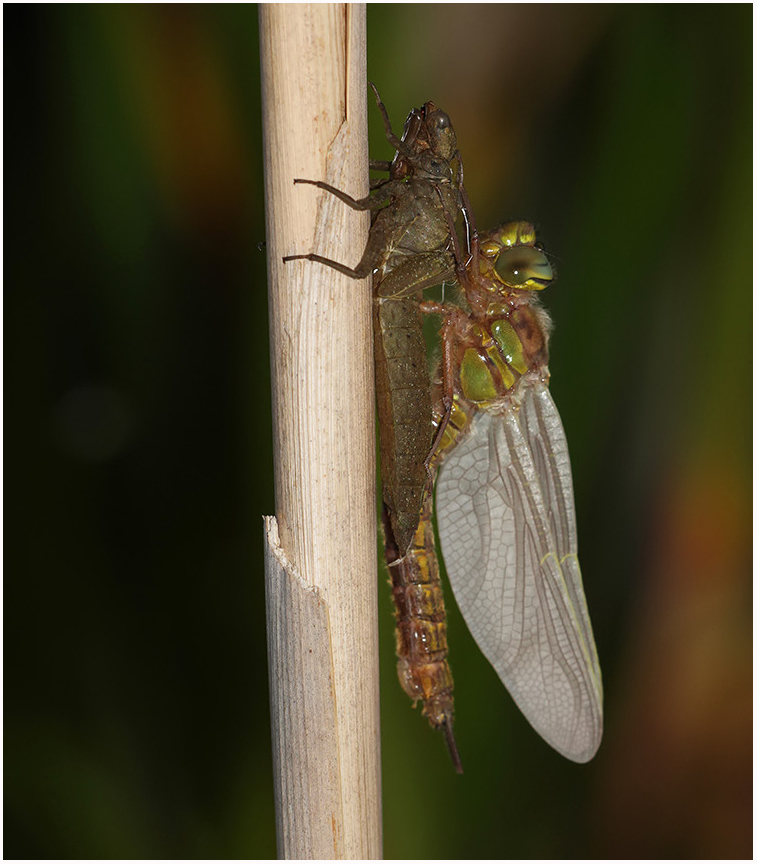 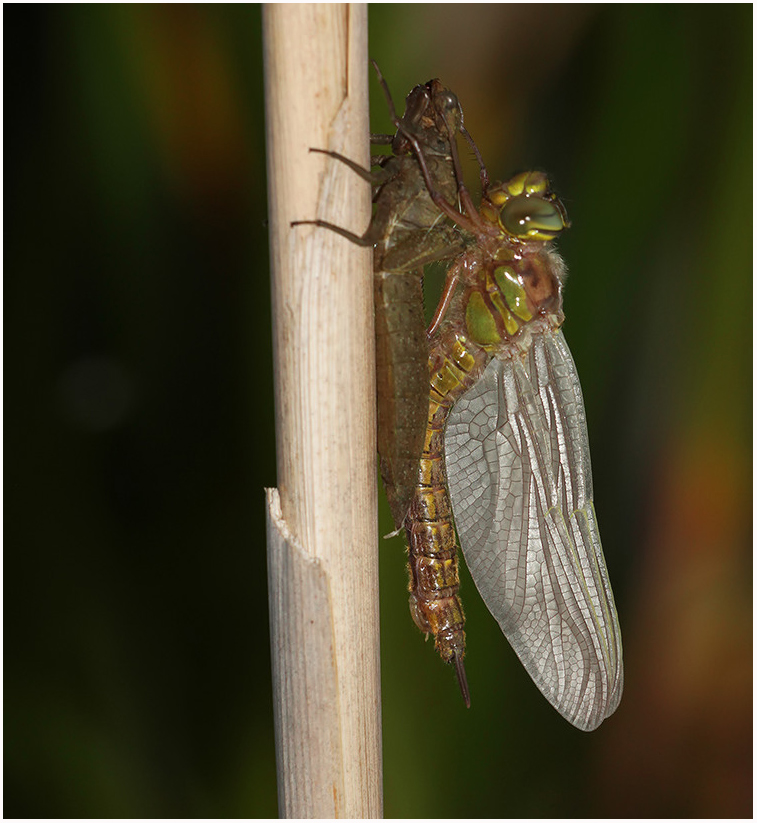