A Most Memorable Wildlife Encounter

With the school holidays here and plenty of time early in the mornings to get out for a few hours before returning home for family duties, I decided on a few early starts in the Stour Valley to see whether I could glimpse an animal that I have wanted to see for many years in the wild, the Otter. They have been reported from the Stour Valley for the past few years and despite being happy with being shown some of the areas where they have been seen, this is the nearest I have got to seeing the holy grail of the British mammals. Many people, despite trying, will go through their whole lives never seeing one of these animals despite them living secretly nearby so my chances of actually connecting with one were at least, pretty slim. Last Tuesday, I arrived in the Stour Valley at 4am and made my way to an area which overlooked some dykes where they have been reported in the past. I settled in and despite the attention of every Mosquito in the area, my concentration never lapsed. I had been there for some while when I could see the water moving further up the ditch and a distinctive bow wave moving in my direction. My heart started to thump madly as what was definitely an animal and no duck moved nearer. I raised my binoculars and could see the large face of a Beaver moving down the ditch towards me. Although I have seen signs of Beaver around, I had never put my eyes on a wild one and so was over the moon to see this new animal. It slowly moved nearer before subtly diving and was lost to view. Despite having the camera in my hand, I had been frightened to move and was just amazed at what I had just seen. I must confess, whilst delighted with my new sighting, it was not the Otter I had so much wanted to see. Little did I know though what the rest of the morning had in store for me. I made my way further along the ditch to an area of open water surrounded by reeds and again settled in for a wait in the hope I would get something moving through. Not too long later, I could hear what I would describe as a 'rolling' movement to my left and was sure this was an animal and not a bird. To confirm this, some of the ducks nearby started to swim away from the reeds as if they had also seen something too. I continued to hear water noises before they fell silent. Was this my Otter or just my imagination now playing tricks with me. What was literally a few seconds later and a head suddenly appeared c5 metres away in the weeds. I was now staring at the back of a wild Otter's head but viewing was difficult through the reeds and as soon as I had focussed the binoculars on my prize, the head had vanished. I was shaking badly now and I also think, talking wildly to myself about what I had just seen. I wanted more and I was not disappointed as for the next 5 minutes, I got tantalising glimpses of parts of the body as it rolled around just under the surface. It suddenly went quiet and I searched madly hoping to see some signs when all of a sudden, there it was. It had moved into a shallow area and was stationary. What should I do? Take a photo, look through the binoculars and enjoy this magic moment? I had a brief glimpse and despite reeds being in the way and the shakes badly, I took a few shots of this momentous occasion which then made the Otter look my way. For a few seconds, we looked at each other. I was now realising a dream and actually watching an Otter in Kent. As quick as it appeared, it then vanished and was not seen again despite me searching. I spent a while just grinning to myself and reviewed the photos. Despite not being sharp (due to shaking I think) I had a few photos to tell and show my story off to others. 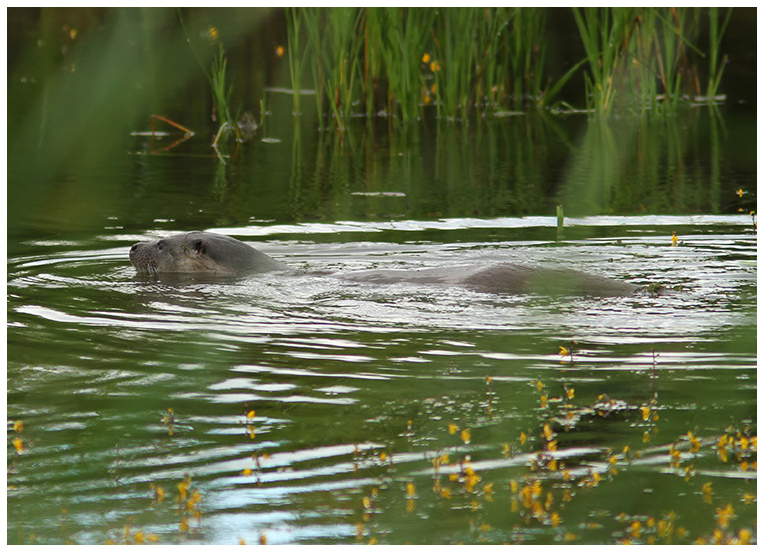 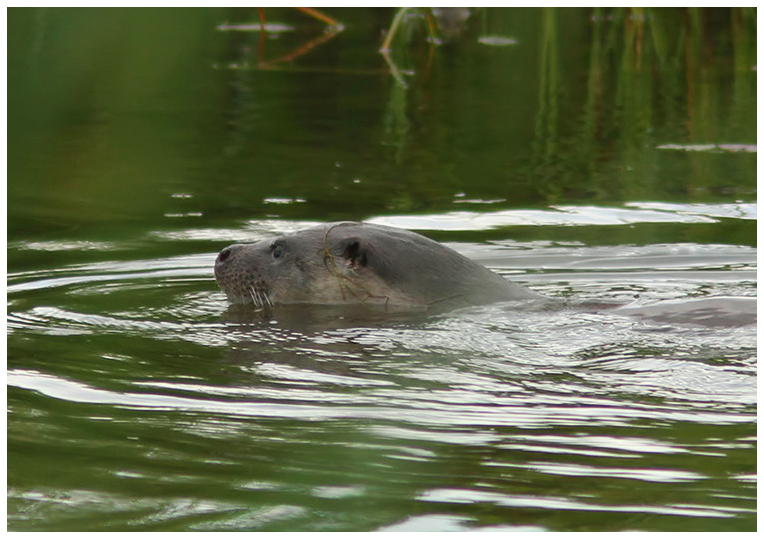 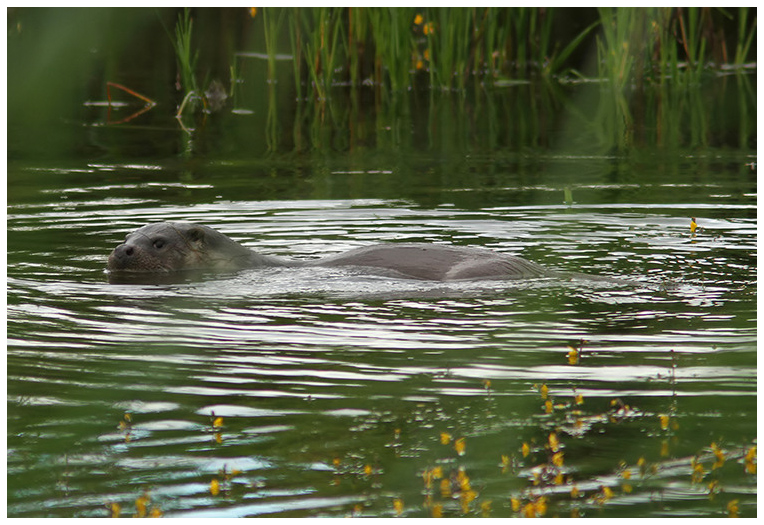 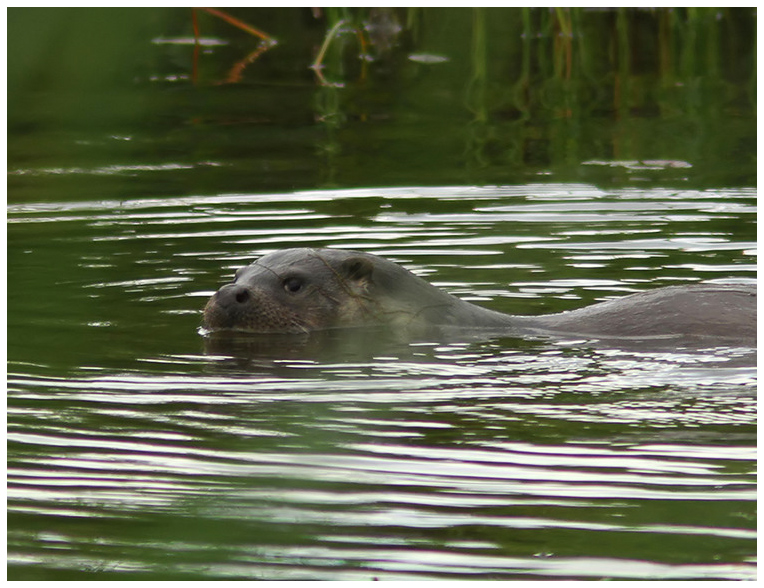 Eurasian Otter
I left for home as you can imagine, on cloud nine. The next morning I was again on site early hoping for more action as you do. To cut a long story short, I was sitting quietly by a dyke when I could see the ducks moving out again from the waters edge. I had visions once again of seeing my Otter but this time as I followed the bubbles which were moving down the dyke, I then could see a Beaver's head stationary in the reeds a few metres away. It stayed there at least a few minutes giving me time to take a few photos through the reeds before moving slowly off and out of sight. 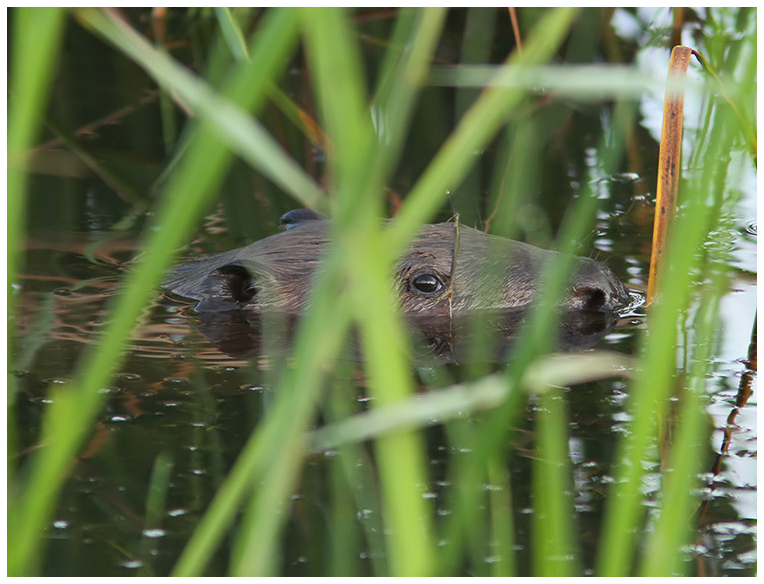 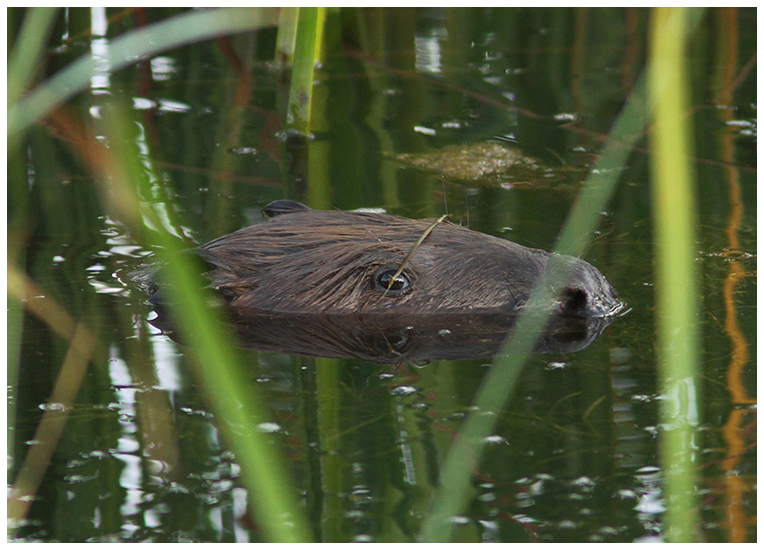 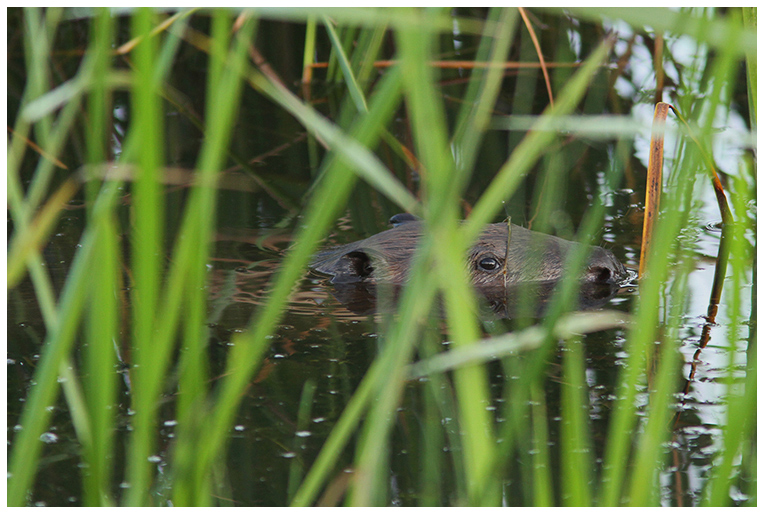 European Beaver
To go my whole life without seeing a wild Beaver or Otter and then seeing them on the same day and even managing a few record shots of them sends this wildlife encounter up with the best of them. As I write, I still cant believe ive seen a wild Beaver and although a brilliant encounter, seeing a wild Otter is hard to beat I think. A truly magical memory which shall live on in the memory for years to come I hope and you never know... this may not be the last time we cross paths!
Posted by Marc Heath at 3:15 pm