With the weather warm and still early Sunday morning, I had an early morning session at Nethergong where I spent a few hours walking along the stream checking for emerging Willow Emerald Damselflies. Its been a bit of a slow start this season for them at Nethergong but with the Emerald Damselflies also emerging a little later, I suspect and hope that the Willows will start to emerge soon in better numbers. I managed to find 8 Willow Emerald Damselflies, most newly emerged and making their maiden flight from the reeds and grasses, 1 watched emerging successfully and a couple that were found resting in the grasses. I do love to find and photograph this species after it has coloured up well and shows off the diagnostic spur on the side of the thorax. With the sun quite low in the sky early morning, this gave me the chance to take a number of photos and as it was still early, a nice opportunity to get in close and take a few shots of the head and thorax. With the Summer Holidays near here for me, I hope to make a number of visits over the next few weeks to monitor how the species does this year and of course, take many photos of this species throughout their season. Also seen Sunday were c30 Emerald Damselfly, 2 Brown Hawker and a few Azure and Blue tailed Damselfly. 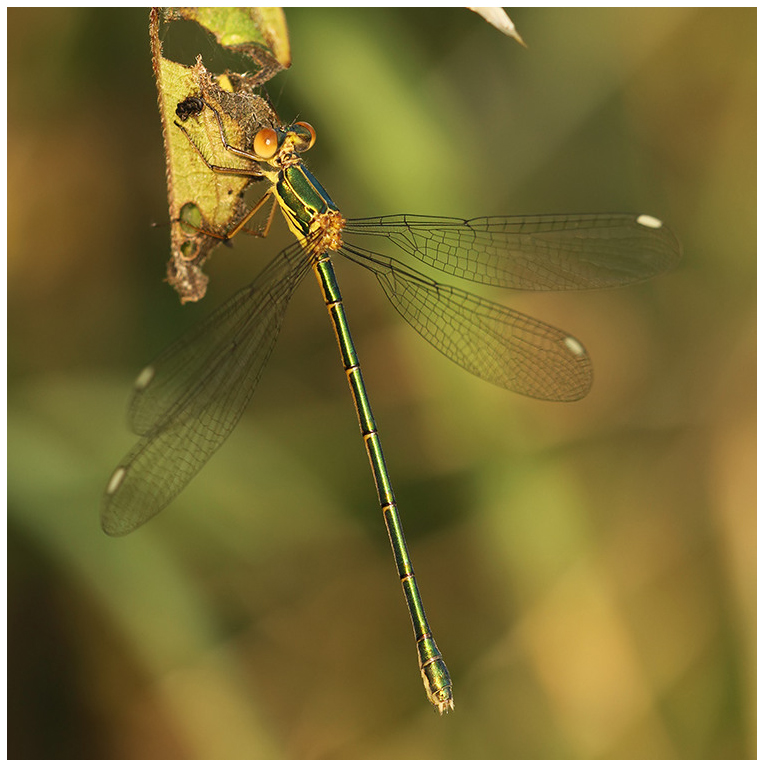 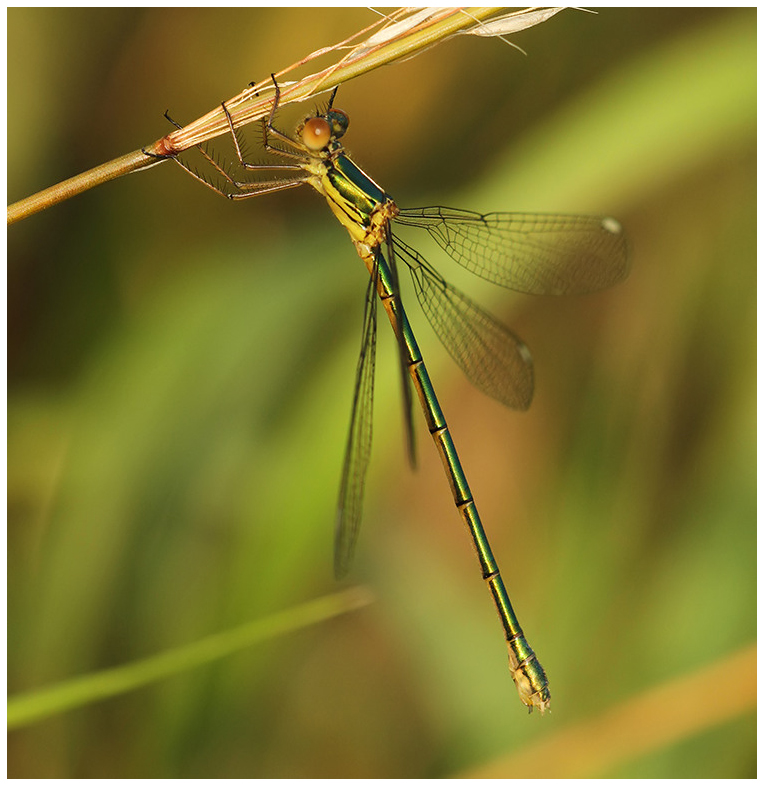 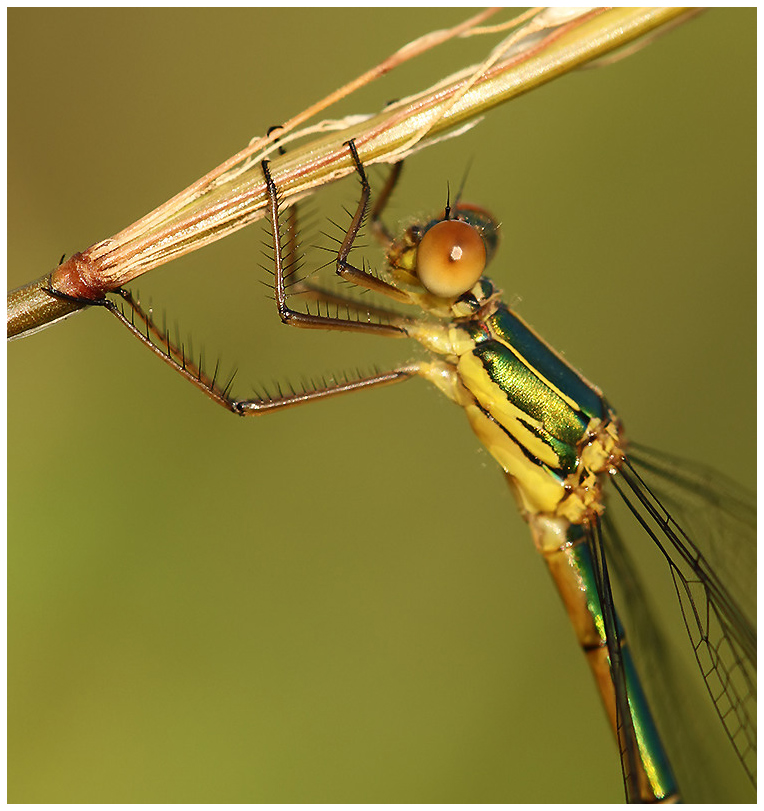 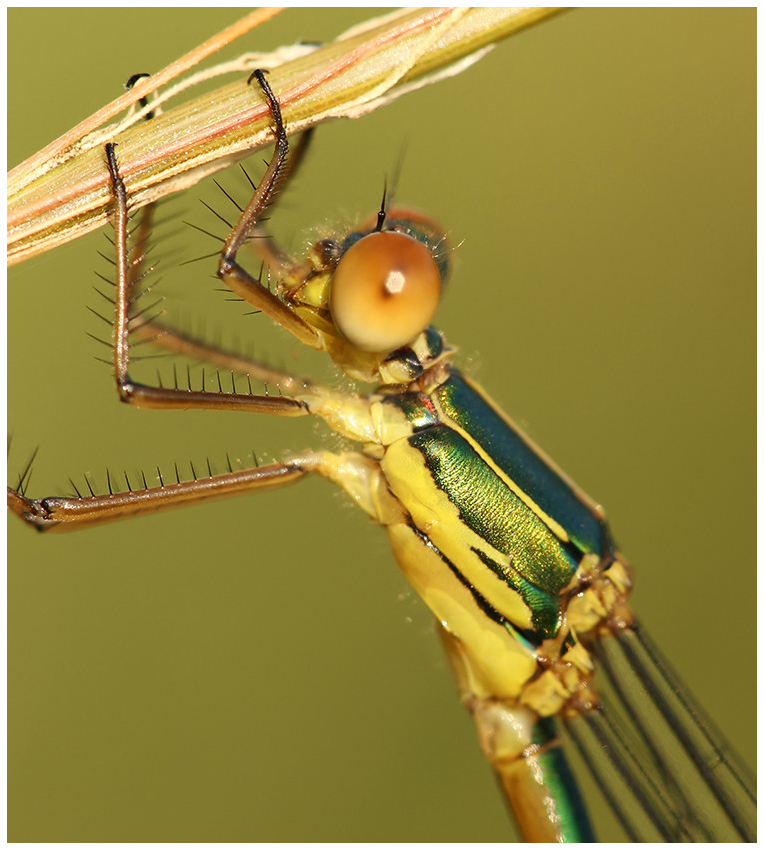 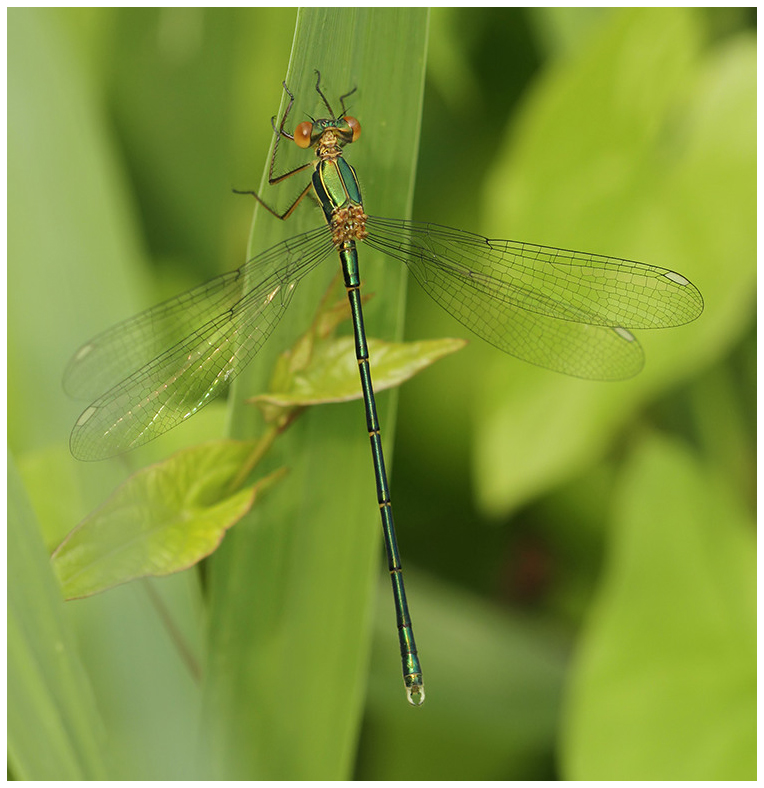 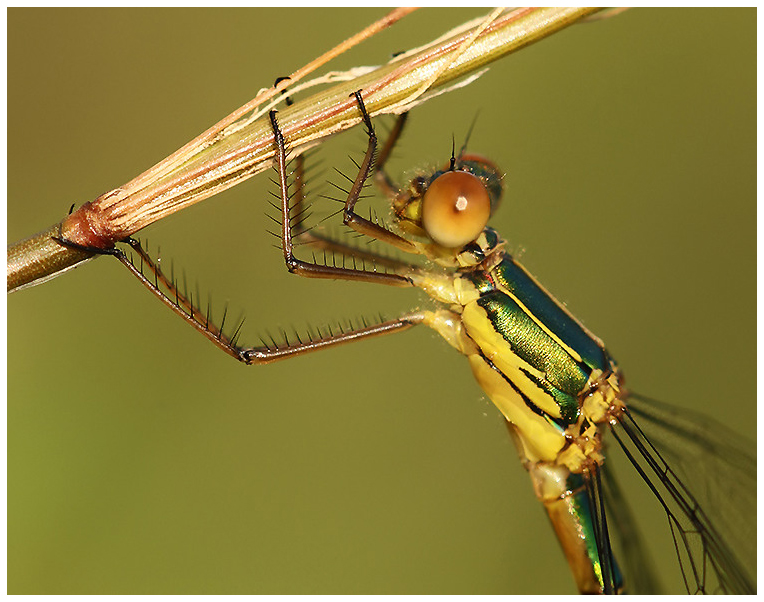 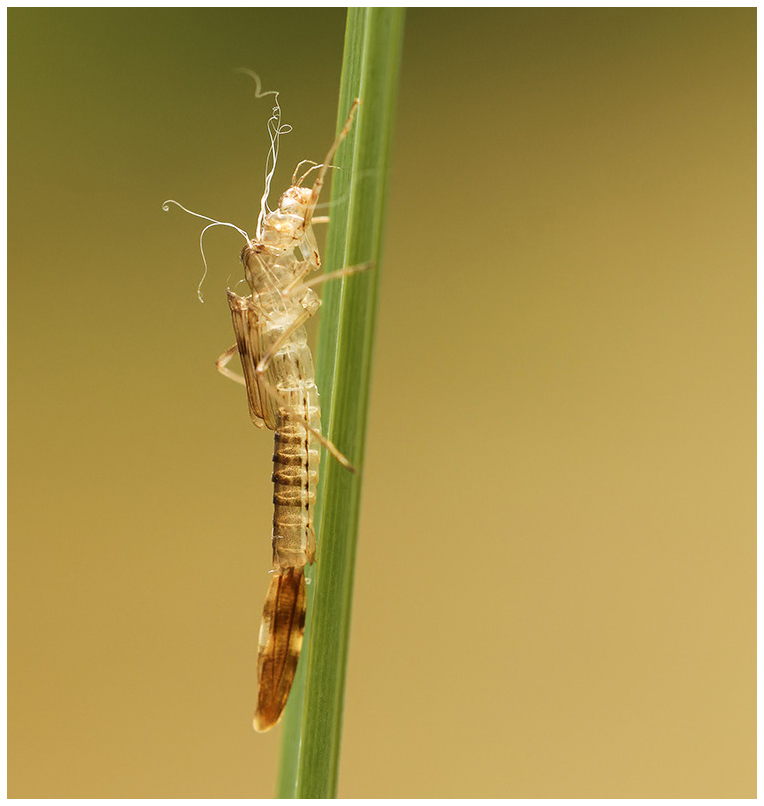