With the very hot weather in the South East continuing and the dragonflies seemingly making the most of the weather, I made another visit to Oare Marshes yesterday to see the Southern Migrant Hawkers. Arriving at 10:30am where it was already baking hot, the plan for the session was to do a count along the footpaths out to the East and West flood hides and then spent some time trying to capture a few photos of this stunning species perched. During my previous visits, I have only had a few chances of getting them perched and I felt with the right individual, I could probably improve on my previous photos taken. During the next four hours, I managed to see c18 Southern Migrant Hawkers including at last a mating pair which flew by me at speed and disappeared into some reeds. Thankfully after a good search I managed to find them and took a few photos. I don't know how I managed to photograph them without any reeds in the way as they were swaying around a bit but I'm not complaining. This is brilliant news to see them mating on site and hopefully she will oviposit into a nearby ditch which may produce the next generation of this species. After watching a few males flying up and down without landing, I decided to visit the male I had photographed on my last few visits as the light and area are quite good for photography. I spent an hour or so with him where he continued to fly up and down the ditch religiously and while he kept a look out for females, I made the most of this and took a well deserved drink break in a patch of shade. It was nice to just sit back and watch him through the binoculars. The colours being nothing short of stunning on this species. As I continued to watch him, I noticed him looking like he was going to land and sure enough, he landed on a reed which prompted me into a bit of stalking action. 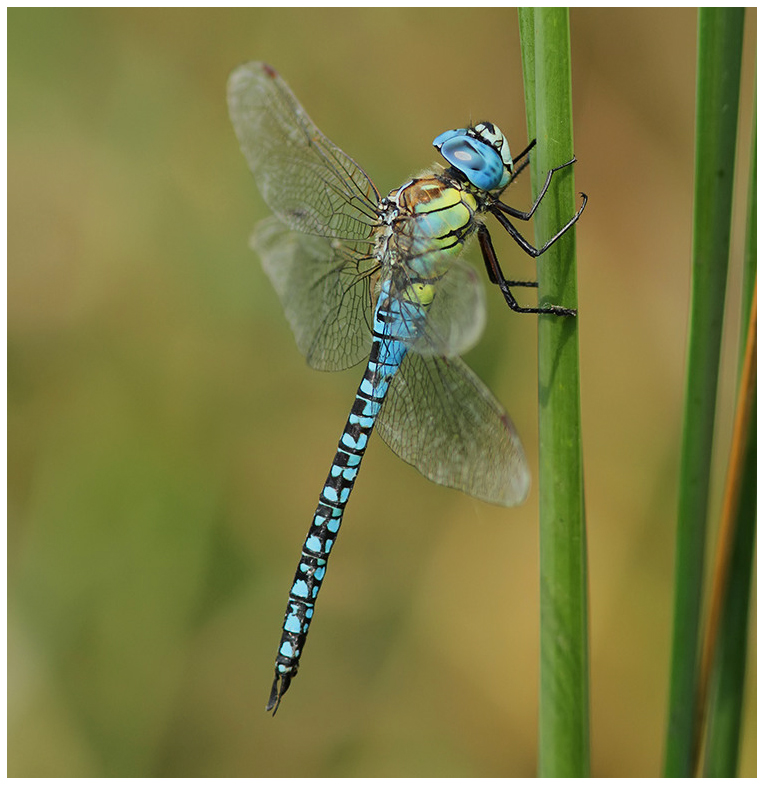 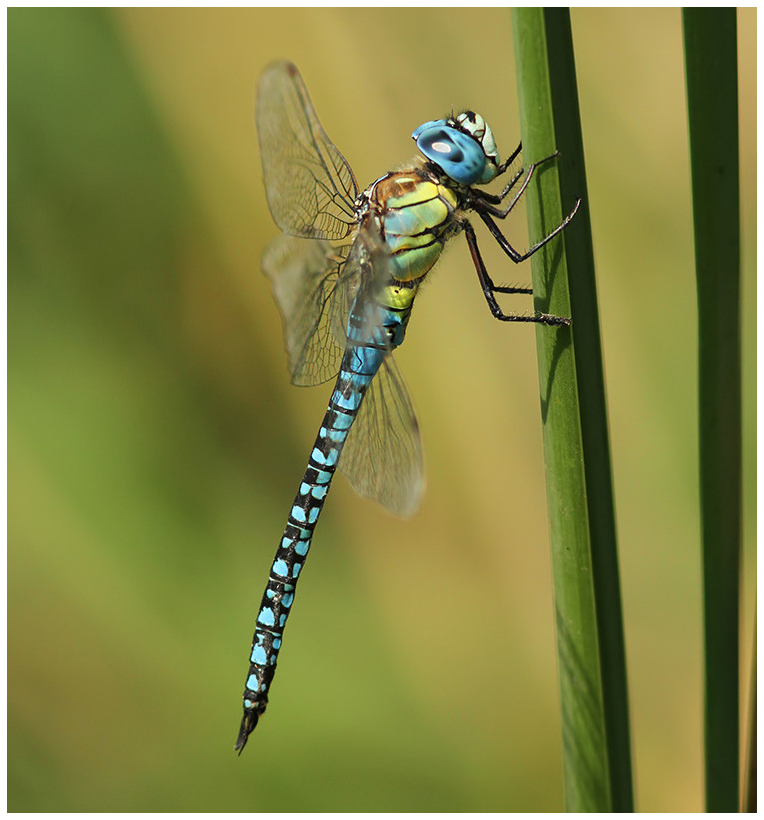 Southern Migrant Hawker (Aeshna affinis) - male
I managed to rattle off a few shots before he was off again but this time, I got myself comfortable and waited for him to fly back in. It wasn't too long until he was back and already in position, I made the most of this chance and fired off some pleasing efforts. He continued to fly and land for a while before once again, going into patrolling his territory. 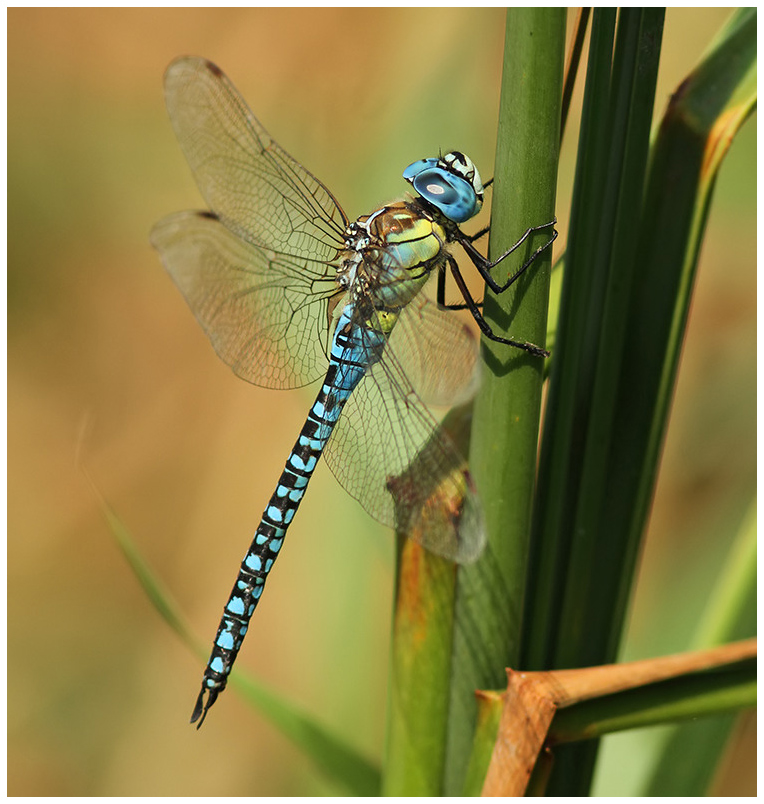 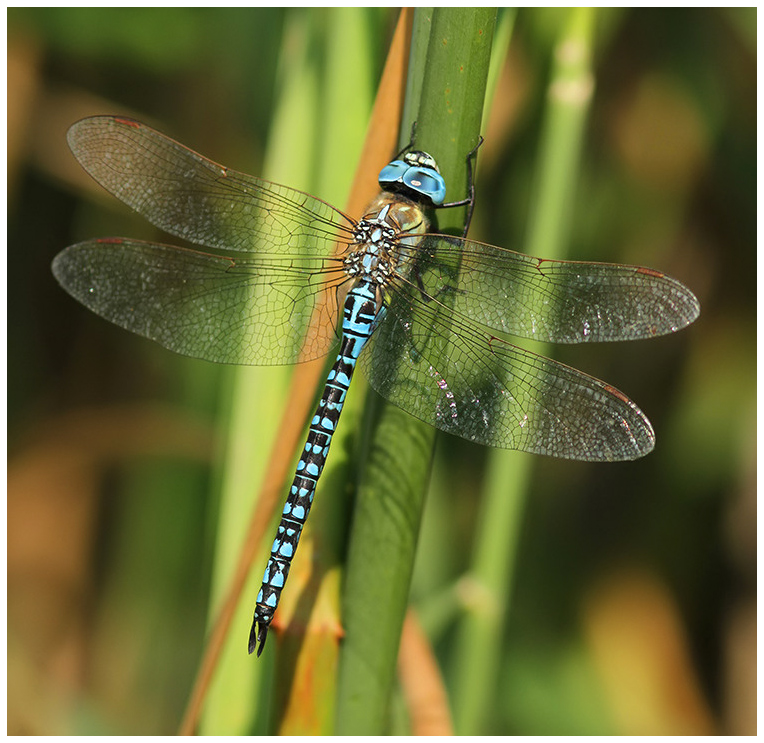 
With the heat now starting to get to me and some shots obtained. I made my way back to the car for another drink. Other bits seen today included 3 Emperor Dragonfly, c10 Black tailed Skimmer, c20 Small red eyed Damselfly and good numbers of Emerald Damselfly, Common and Ruddy Darter. 2018 continues to deliver the goods for me and to be able to see this species in good numbers near home is a real privilege. A certain photographic highlight and experience for me this year. 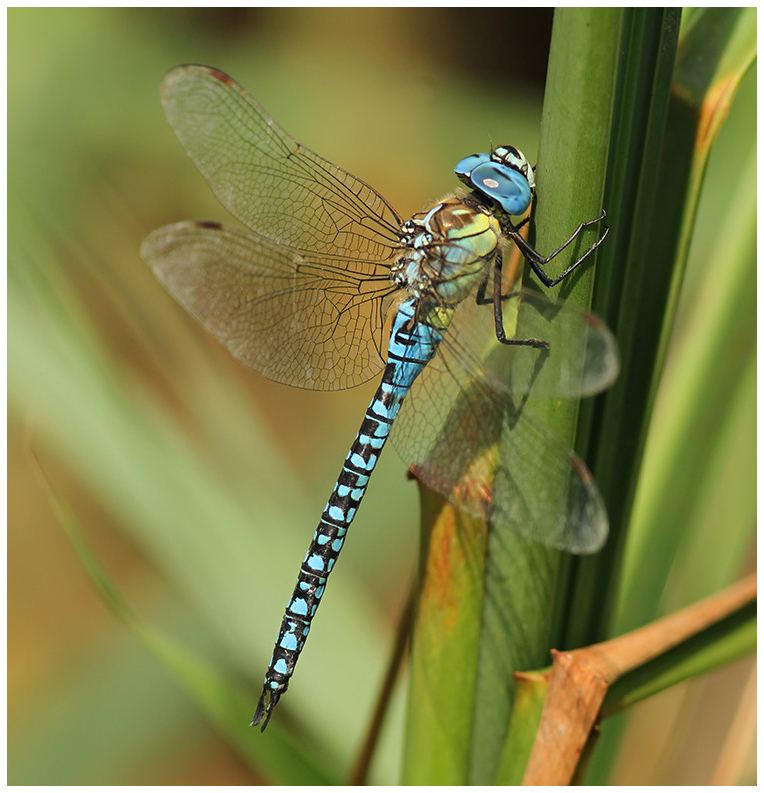 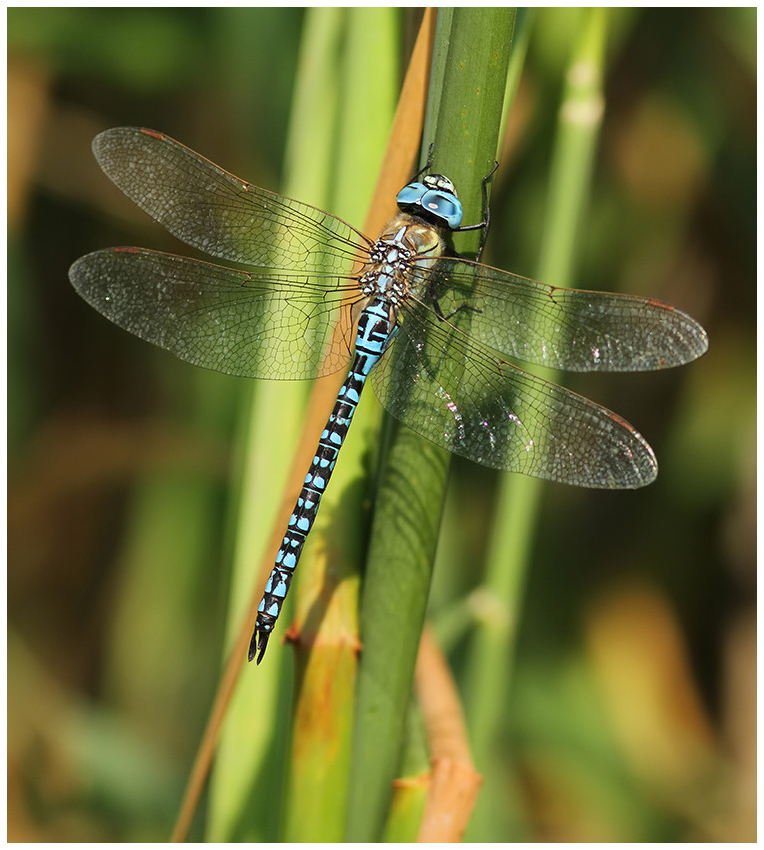 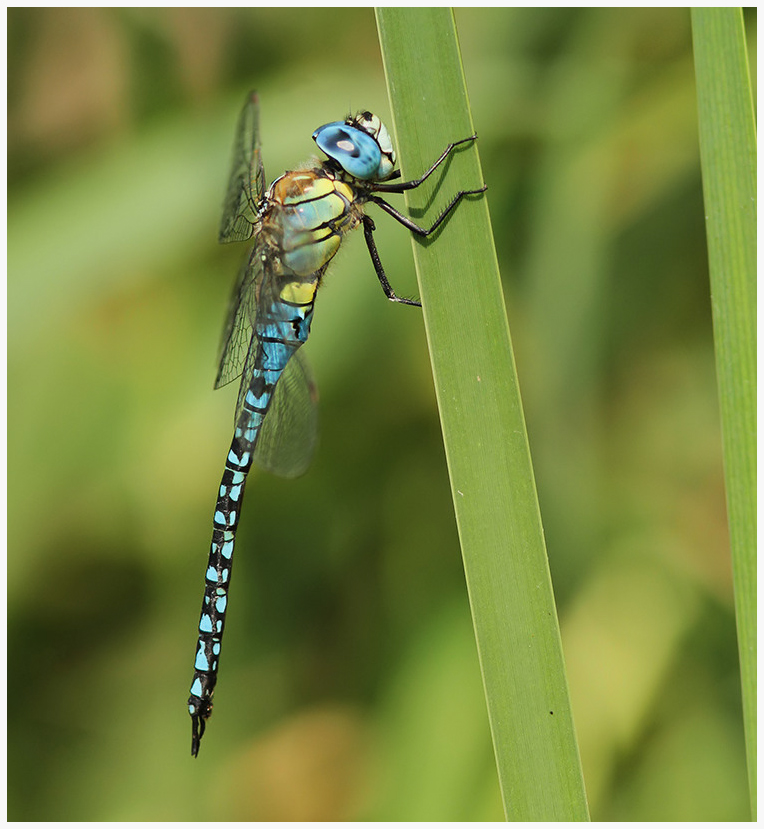 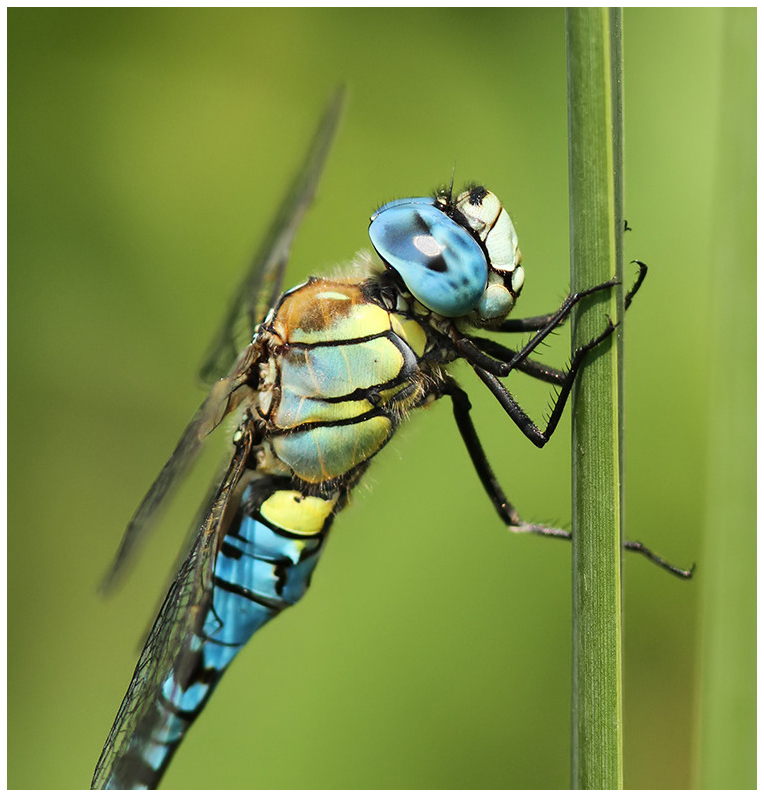 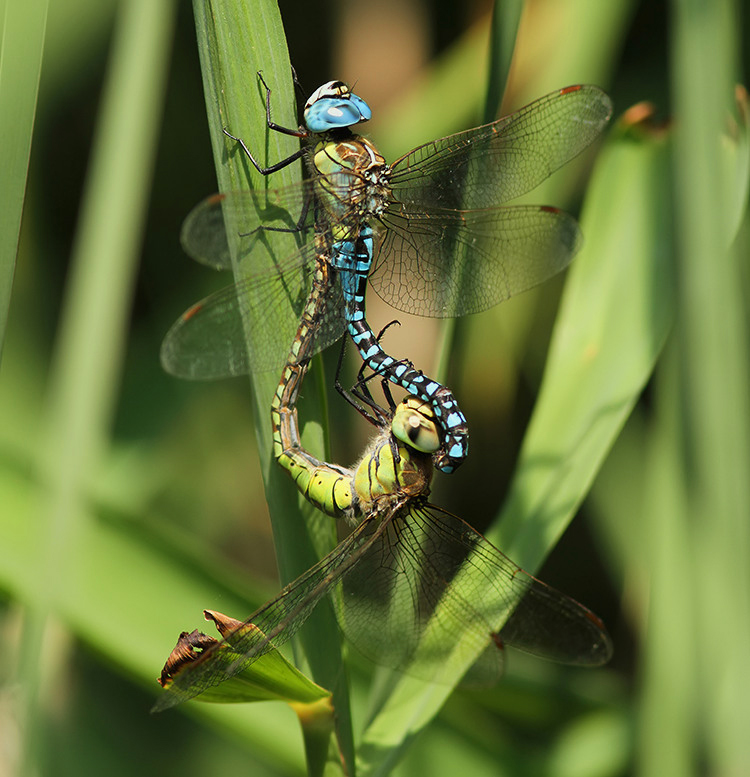