During what seems like a rare warm sunny day last week when I had three Large Red Damselfly emerge from the garden pond, I had already spent an hour or so at the pond photographing and emergence when a little later, I went back to have another look and could see another had emerged and one more had just started to emerge over the top of another exuviae. I spent a while taking a few more photographs and left the camera in position and went back every now and then to take a few more shots until I had to leave and go out. I have every now and then seen this sight when a few exuviae are piled up on top of each other but have seldom thought of the reasons why they might do this. I assume there are a number of reasons why they may emerge over other exuviaes which may include a popular and safe emerging site, sheltered from the elements, a rough surface from which to cling to, better clearance to emerge away from obstacles but it also got me thinking as to whether they choose these sites through sight or smell? Is it just a case that they happen to emerge in the same area or is some kind of sight or smell drawing them to the same emergent sites? I am sure there must be some research on this which I will have to look for but would be interested if any others may know. With the weather the past few days being nothing short of depressing, I have spent some time in the week taking a few photos of the Large Red Damselflies at rest in amongst the Grape Hyacinths which will hopefully yield some pleasing results. I will post some in due coarse. On a positive note though, it does look like next week's predicted warm weather should see a good emergence of Large Red Damselflies emerging around the country and not too long after, the Hairy Dragonfly. The few I am rearing in my pond show no signs yet after dark of moving into the shallows but I suspect, it wont be too long. 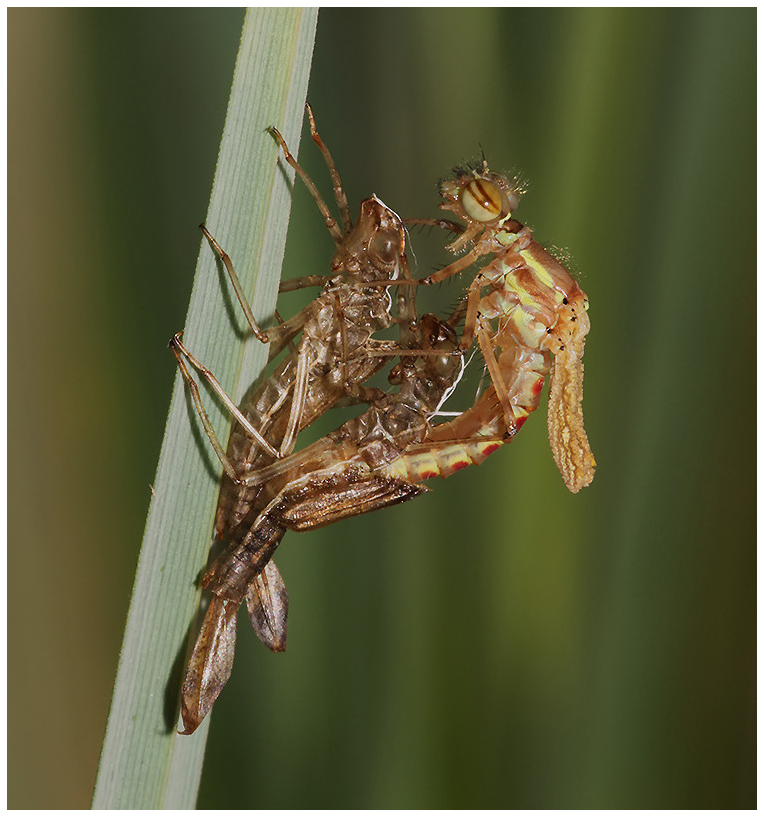 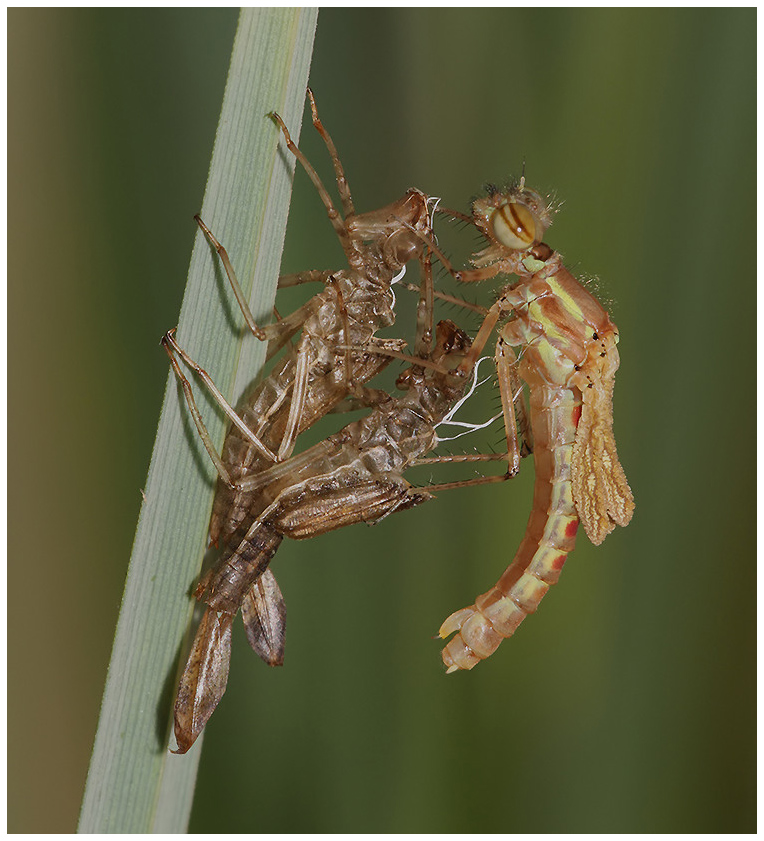 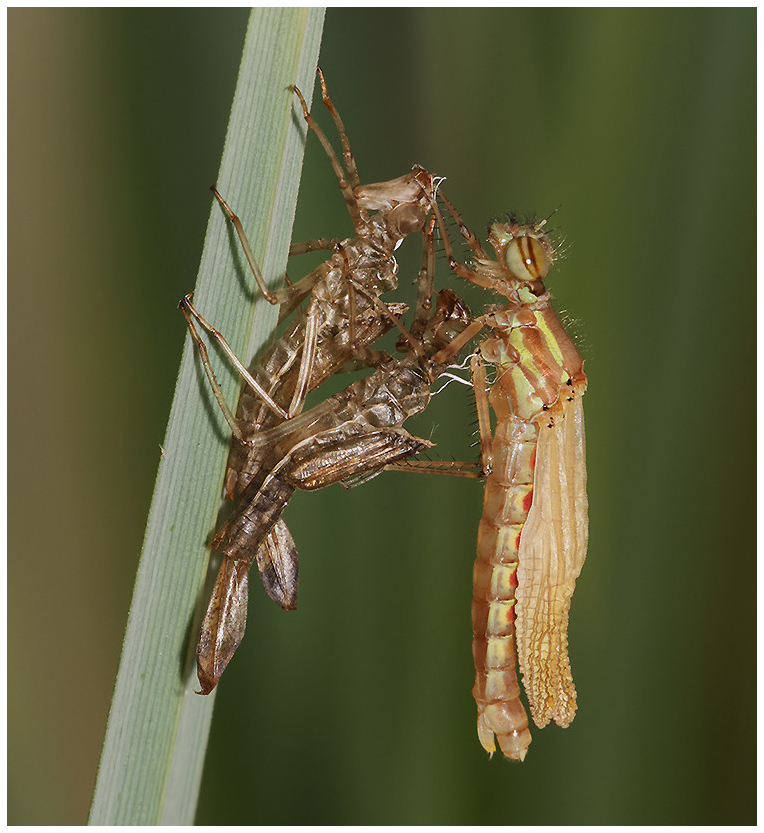 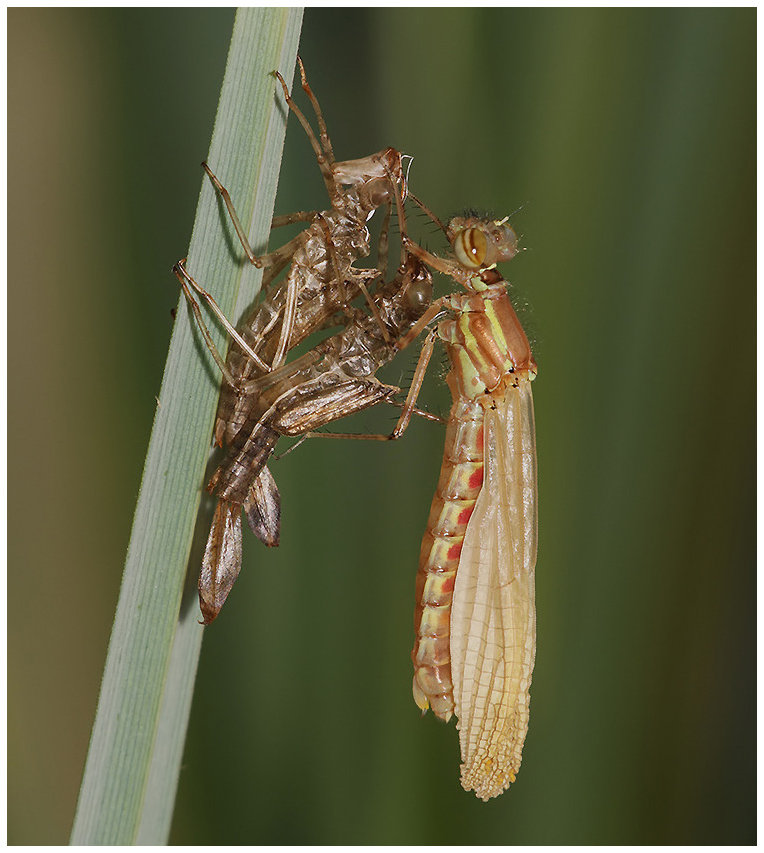 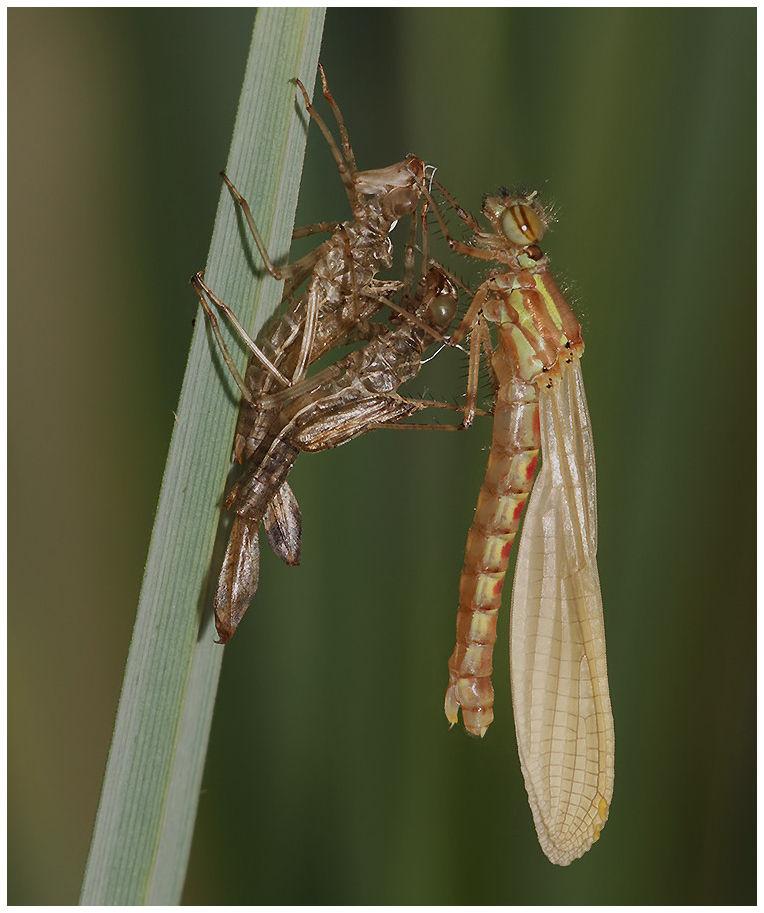 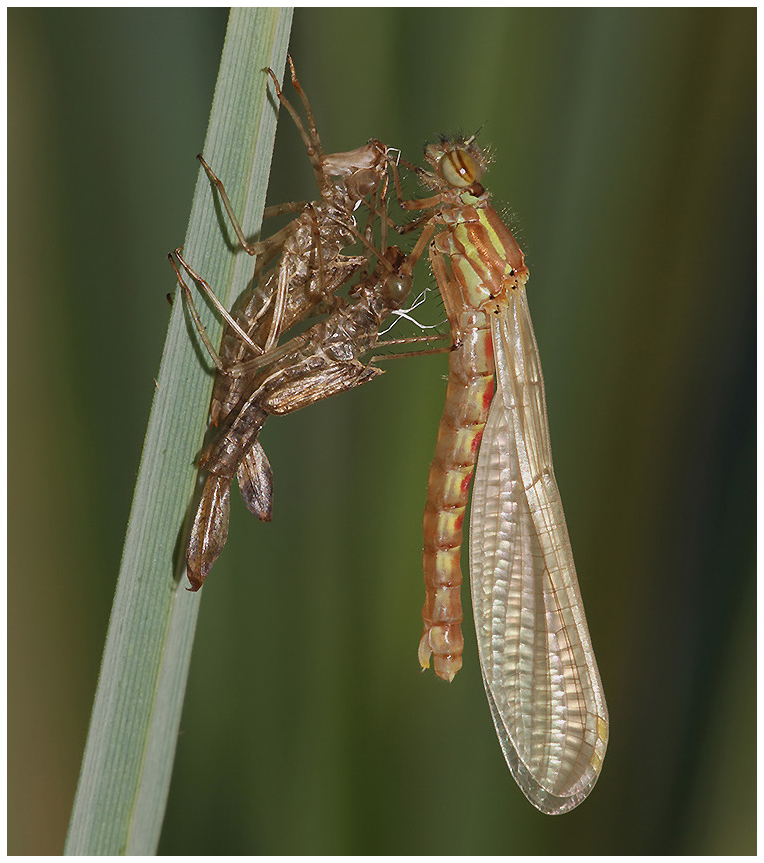