It was not a surprise really with the temperatures reaching 19.4 degrees in parts of Kent yesterday (Saturday) that a few Large Red Damselflies decided to emerge late morning from my pond, three in fact. I had potted up a few reeds during the winter months and positioned them in the shallows hoping a few damselfly and dragonfly nymphs would use them to emerge on as well as reeds potted up to provide a natural background to the shots. If I need to move the pots, its easily done to provide me with some nice angles from which to get the desired photos and more importantly, a comfortable position to lay in for some time. Seeing that a few damselfly nymphs were in the shallows and starting to climb out of the water, I went and got the camera gear, beanbag to lean on and got myself into a good position. As you would expect, the nymphs are very wary when they leave the water and if any sudden movements are made, they often move around the other side of the reeds. I therefore find it good to be in position still as they are starting to climb up. After climbing up and what seemed an age to get in the right position to emerge which is crucial for them, I waited for the nymph to settle down before slightly turning the pot around so the nymph was side on to me. It spent another ten minutes or so still where no doubt final adjustments were being made before slowly, I could see the nymph starting to emerge. I have mentioned this many times already but I never tire of watching this magical natural scene develop in front of my eyes and its a real privilege to be able to study and photograph it. I spent the next hour laying on the grass taking a number of images of each stage of the emergence until she had successfully emerged and started to colour up. I have had another three Large Red Damselfly emerge today from the pond making a total of seven so far and I took a few photos of some of them which I shall post in due coarse. I shall continue visiting the pond after dark with the torch and hopefully monitor the few Hairy Dragonfly nymphs which will hopefully soon be moving into the shallows to themselves, prepare to emerge in the next few weeks weather permitting. 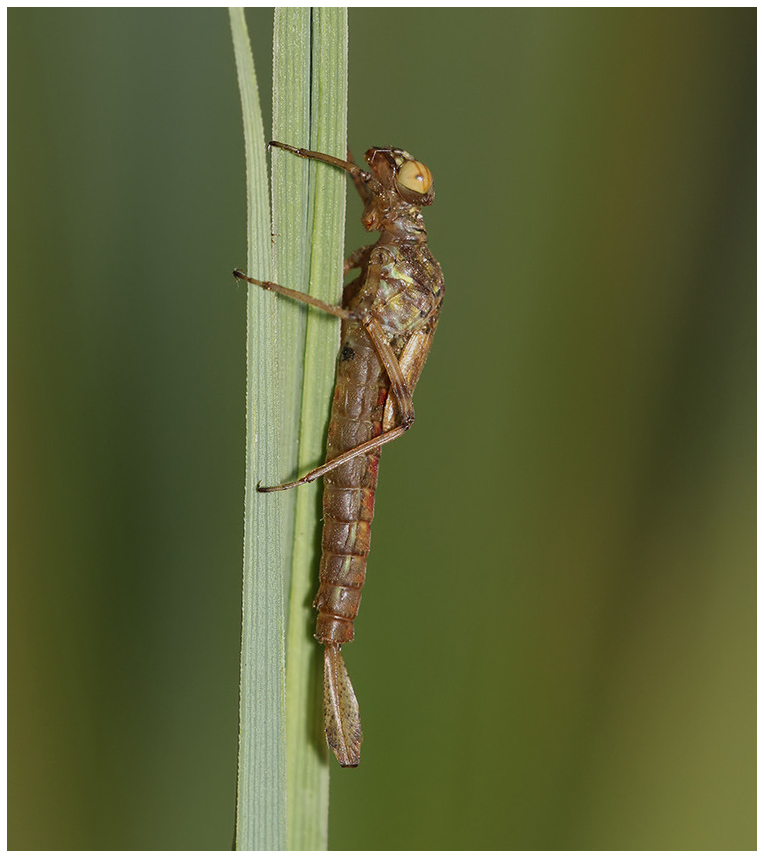 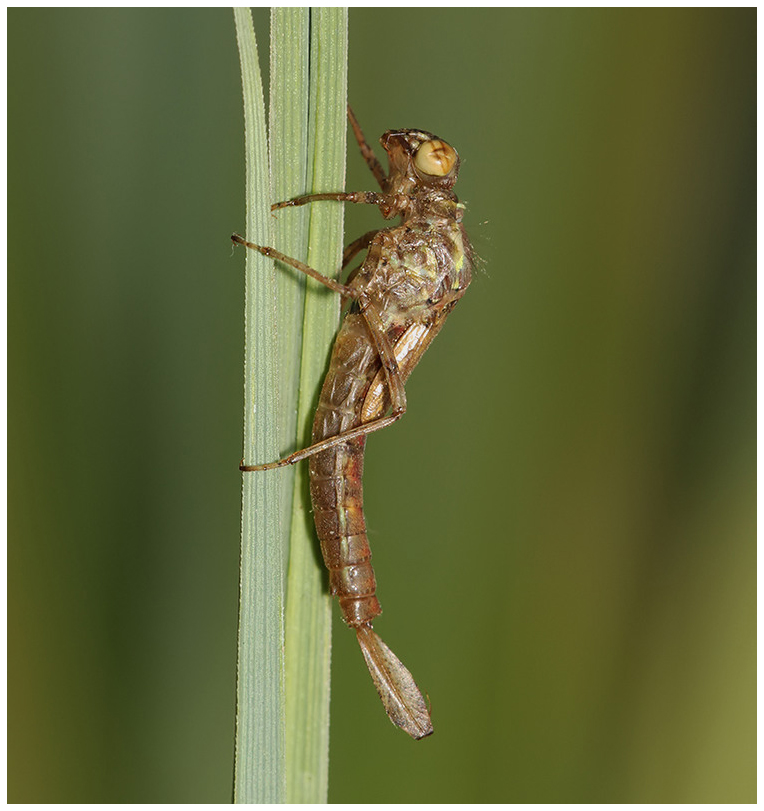 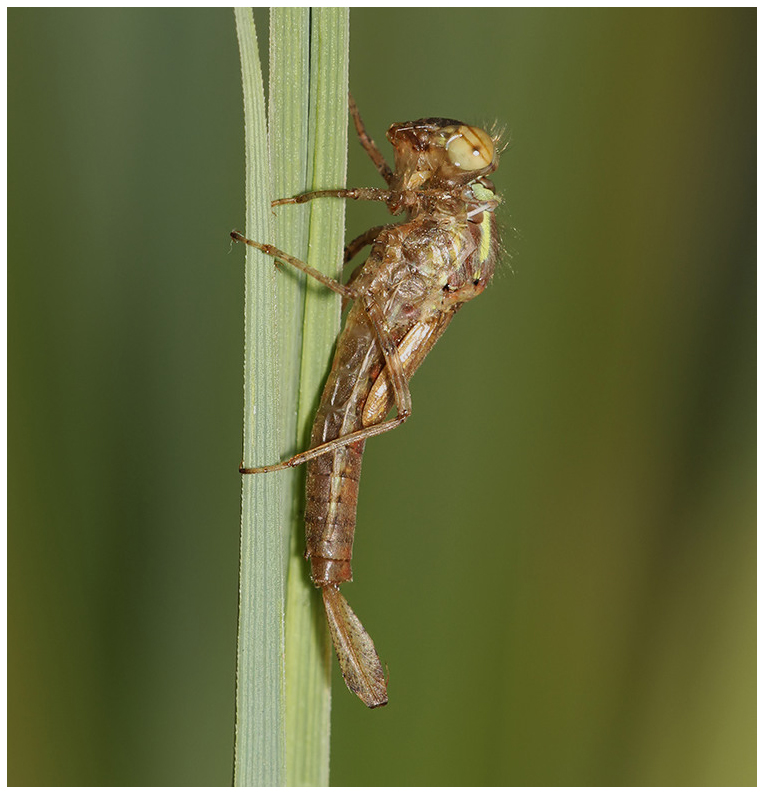 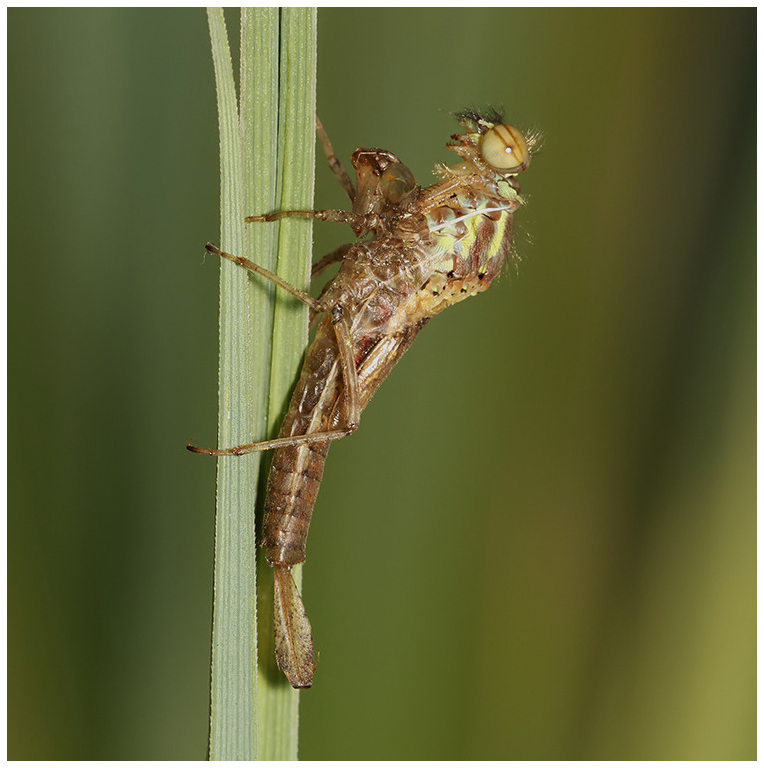 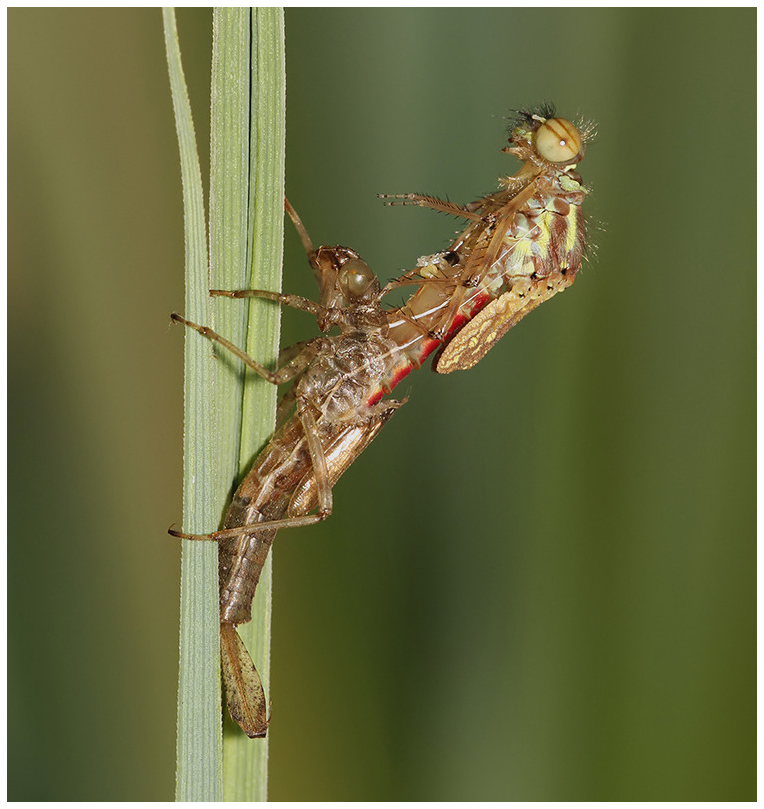 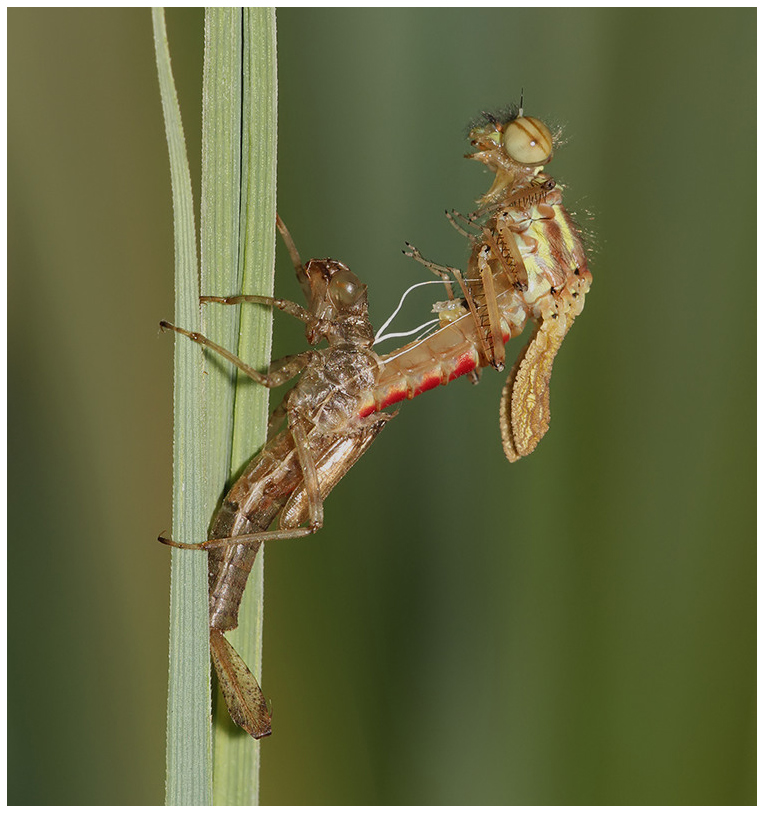 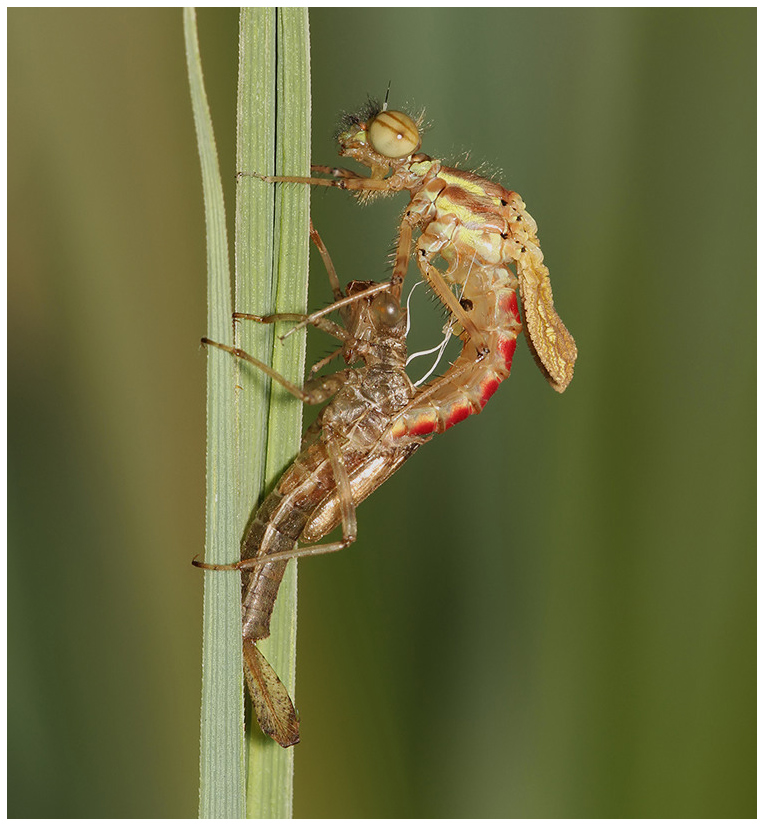 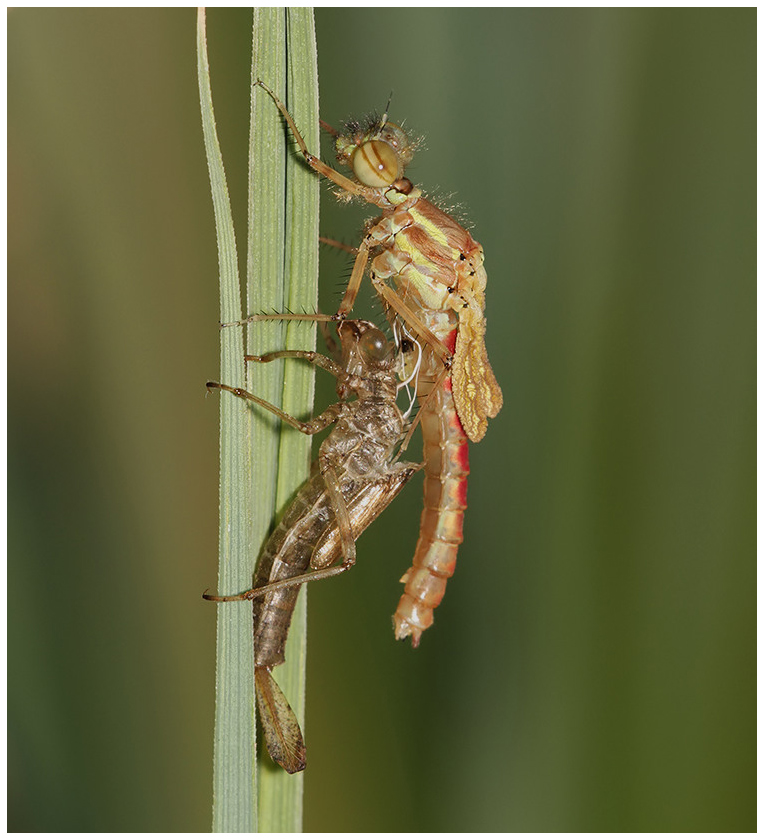 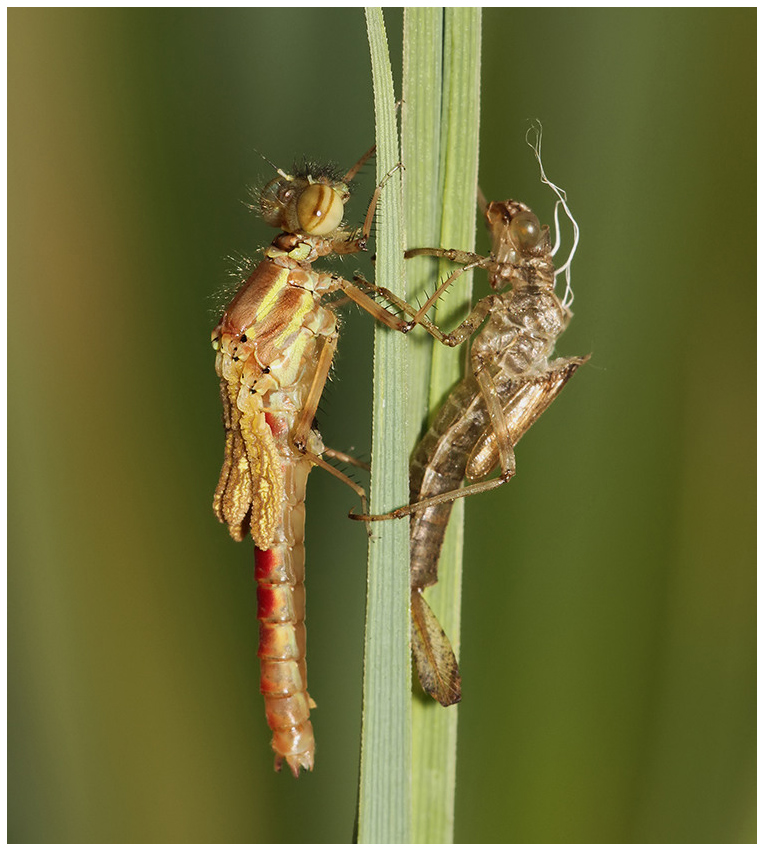 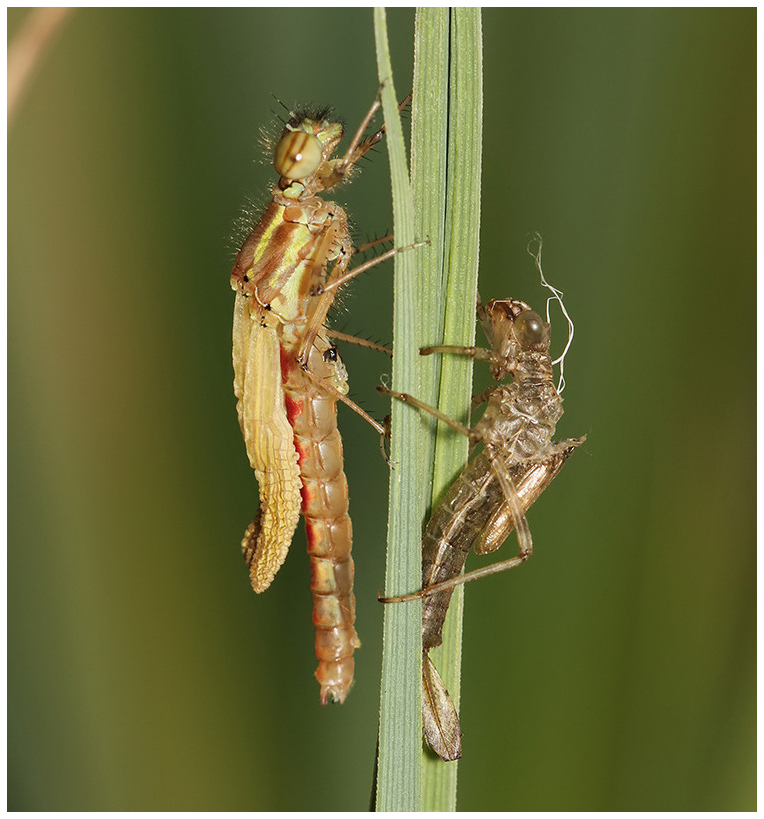 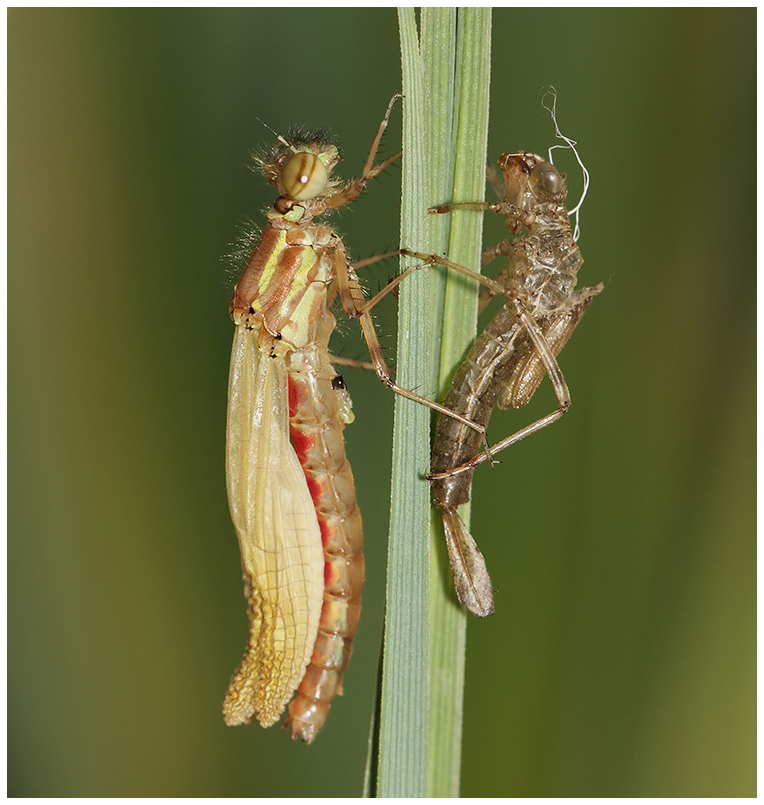 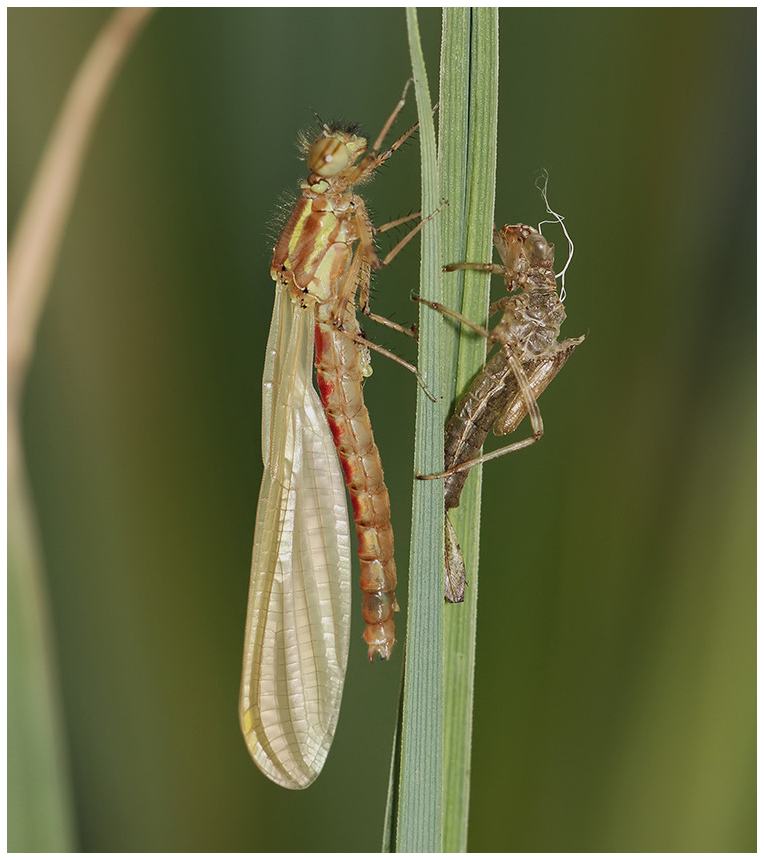 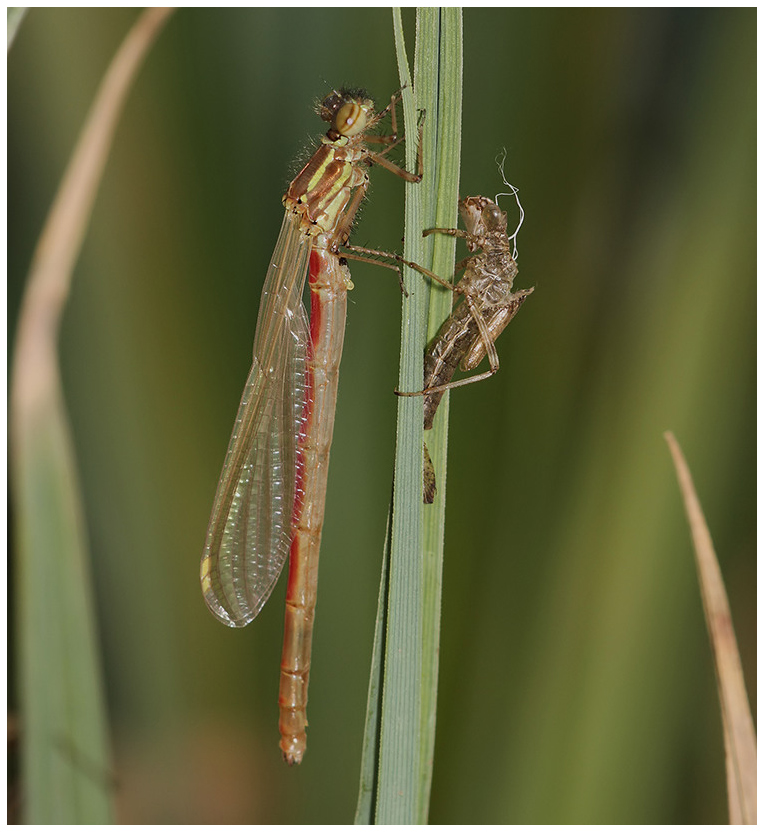