Another weekend of cold, wind and driving rain kept me indoors for most of the time but I did venture out on both mornings for an hour or so with the net where I ended up at Grove Ferry dipping into a few dykes in the area. In the past few weeks, I have netted quite a few Migrant Hawker nymphs of around 30 - 33 mm in length which has somewhat surprised me. I was led to believe reading through various books and looking at internet sites that the nymphs don't hatch until early spring and can complete emergence in one year. They then grow rapidly in order to emerge in late July/early August. Some of the books read did state that a few may overwinter in the nymph stage and emerge the following year but this has prompted me to ask a few questions to myself which need answering. Is it just a case that I have unknowingly encountered a 'few' Migrant Hawker nymphs and this is the norm or due to warmer winters and water temperatures, that the eggs are in fact hatching much earlier and the nymphs are growing over a longer period of time? If they are breeding over a two year cycle, then I can understand why nymphs would be seen now but most literature suggests as I have already mentioned, that they complete the cycle in one year, especially in the warmer climate of southern England. I suppose in order to back up my theory that I would need to dip in other areas of east Kent to see whether I could find other Migrant Hawker nymphs of this size. I would like to know others thoughts on this theory if possible. Having netted a few more Migrant Hawker nymphs over the weekend, I decided to bring one home for a photography session in the indoor tank before returning back later to release the nymph where I had found it. I decided on this occasion to focus my shots on the business end of the nymph, that being the labial mask which is the primary means of catching prey and can also be used in some species to identify them. I have been lucky enough to watch a few hawkers hunting and catching prey in my observations tanks last year and it was fascinating seeing the mask in action which shoots out in the blink of the eye on a hinge to catch the prey using the movable hooks and labial palps. In some species I have observed, including the Hairy Dragonfly, their strike rate was very poor but in the Emperor Dragonfly nymph, their rate of catching prey was pretty high. The hardest challenge was trying to get the nymph to rest against the glass in order to get some shots from underneath but with some patience and putting a pond plant tight against the glass, eventually I was able to achieve some desired photos. I would like a some point to photograph the point the nymph strikes but this is a tough challenge due to the speed but I will endeavour one day to have a go. Hopefully, I may have some answers in the forthcoming weeks with the Migrant Hawker nymph situation that I can report back on soon. 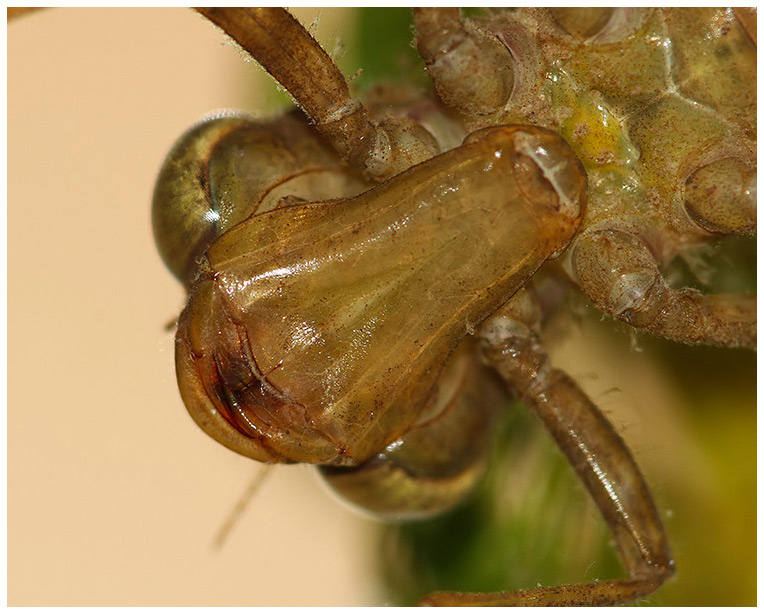 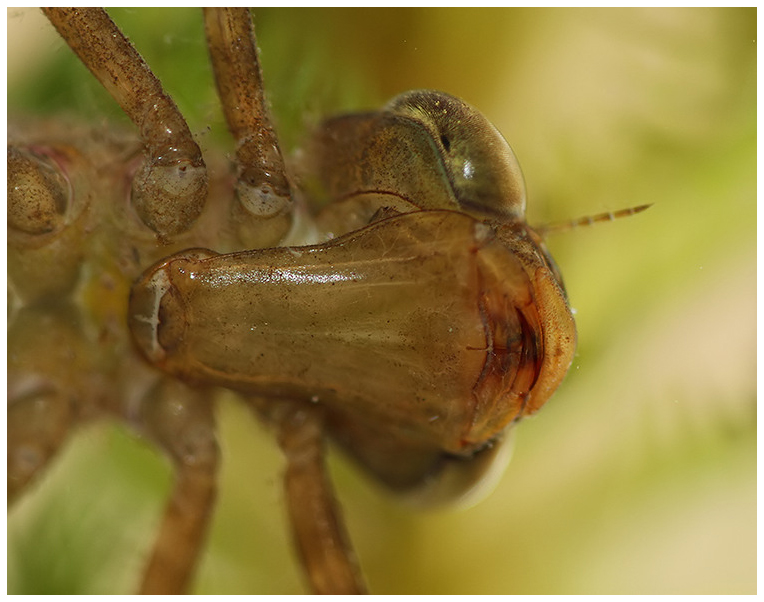 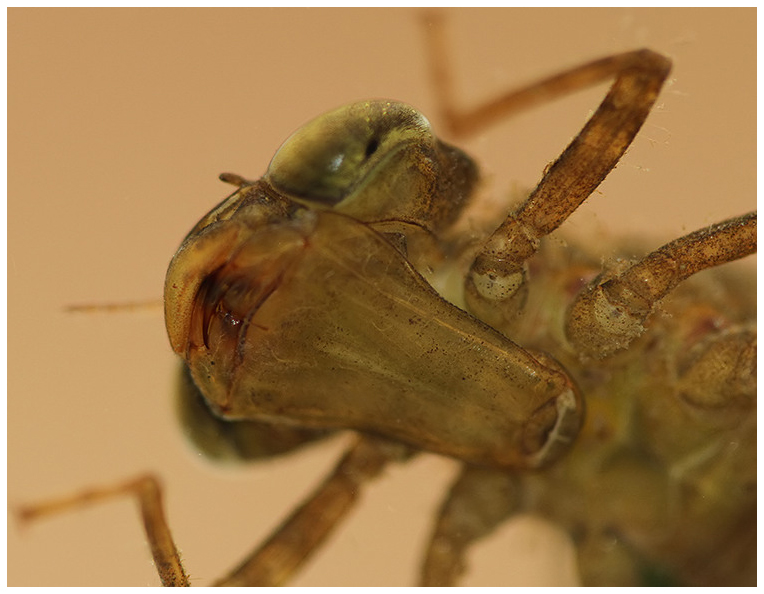 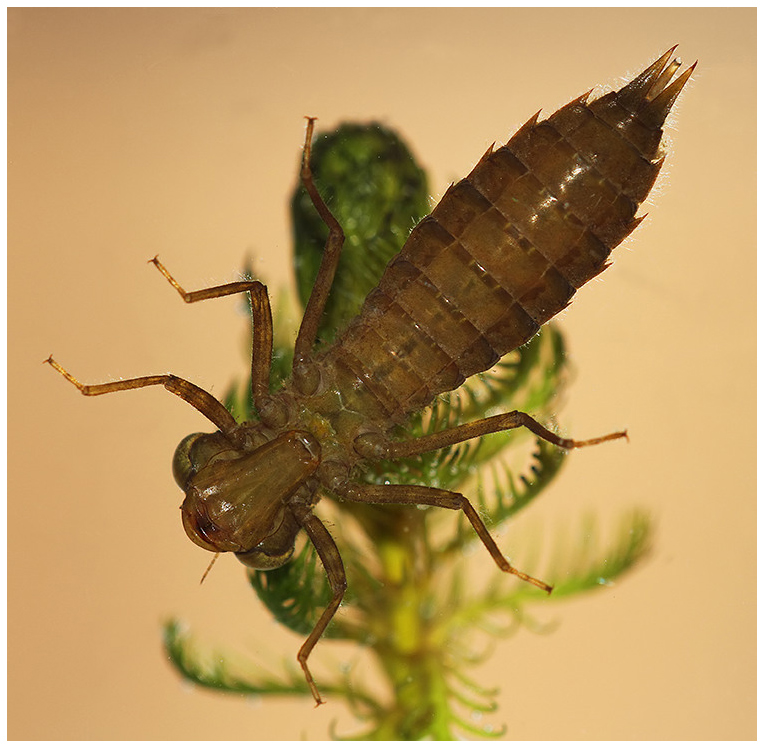 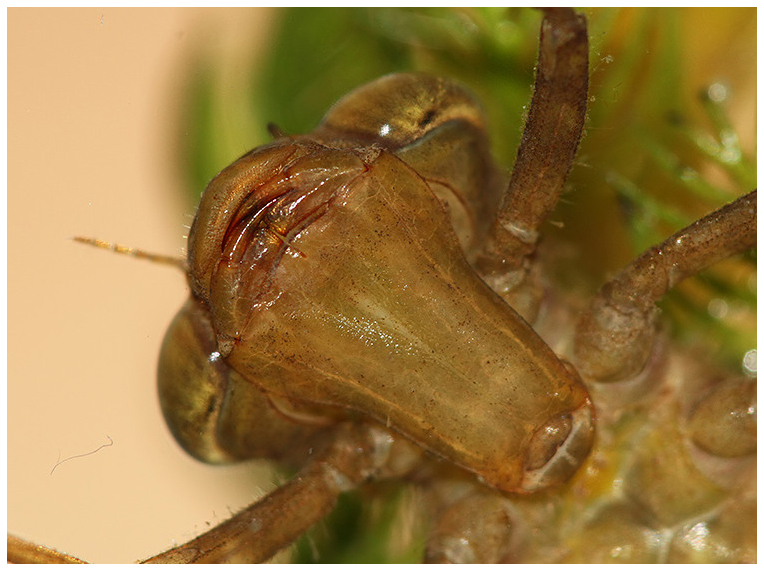 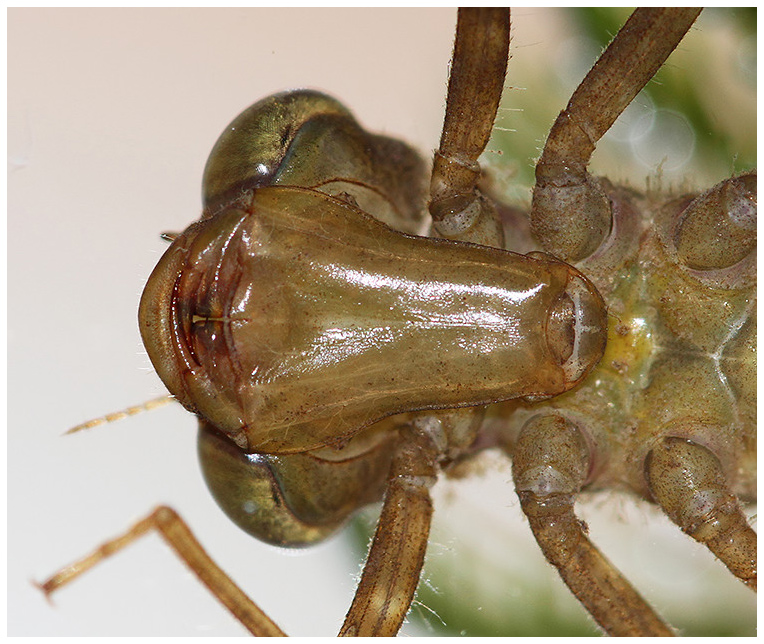 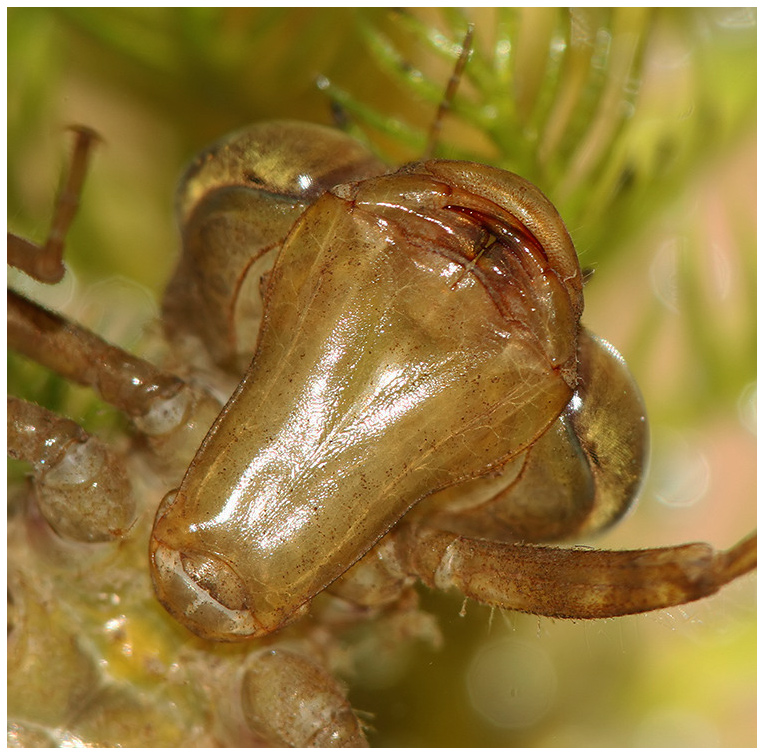