The weather forecast did not look that good for today but I had 4 hours to myself from 9.30am where I first made a visit to a site south of Reculver to see what was about. The sun was trying to come through as I walked up to the lake and I checked a few areas to see if anything was emerging. I managed to find 3 Four spotted Chaser exuvia clinging to the reeds but I could not find any in the process of emerging but I will keep checking. A walk around produced quite a few Common Blue Damselfly along with Blue tailed Damselfly. I saw only my second Broad bodied Chaser for this site, a female which showed quite well and allowed a few photographs. With the sun now starting to win the battle I then drove over to Westbere Lakes where I spent 3 hours walking up to the river and west towards Fordwich. One minute I was in beautiful warm sunshine and the next, cloudy skies but eventually the skies did clear to a nice warm morning. It was fantastic to be out searching and there was lots to be seen and photographed. Along the river there were a handful of Banded Demoiselle, a truly stunning insect and the night before I had managed to grab my best efforts I think with this species. It all fell into place, a male in superb condition alighted for me and posed beautifully. I took a number of shots using the flash as the light wasn't that good but I am really pleased with them. 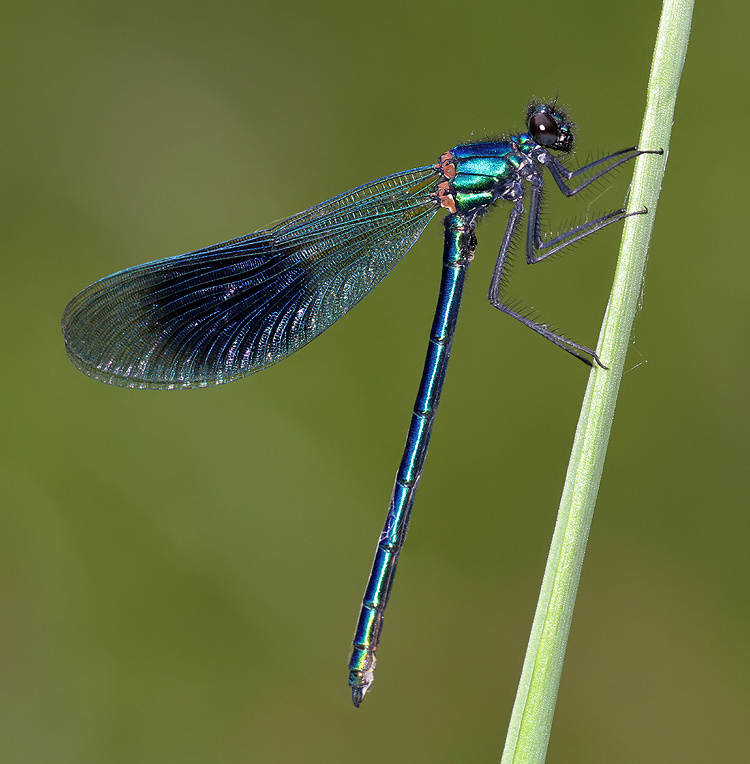 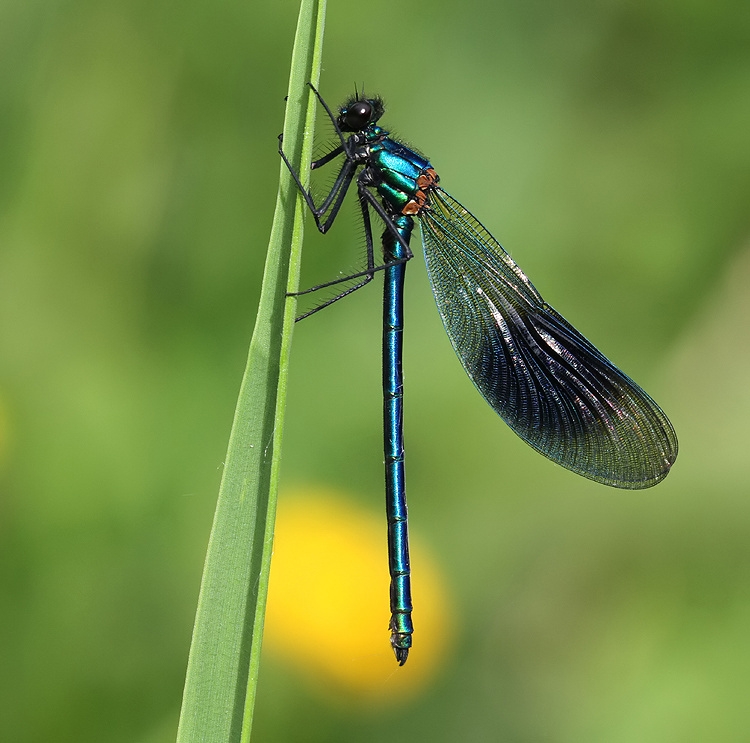 Back to today and there were hundreds of Variable and Blue tailed Damselfly everywhere. I wouldn't want to estimate them but every step I took along the river they were flying up, superb! Not to be out done, there were good numbers of Azure Damselfly, with 2 Large Red Damselfly also noted. In the sheltered areas I saw 2 Broad bodied Chaser, both males, and I spent some time photographing one and then noticed close by was a resting male Hairy Dragonfly, I really didn't know where to point the camera but took a few shots before he flew off. 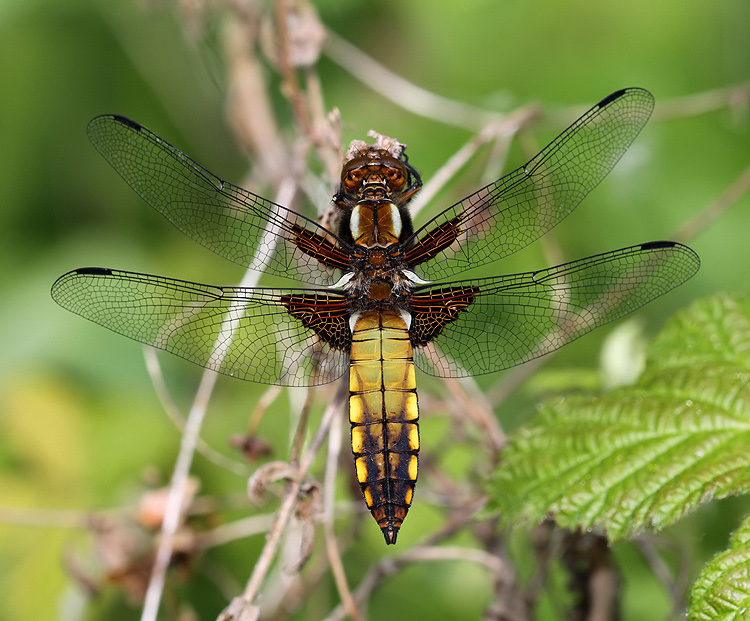 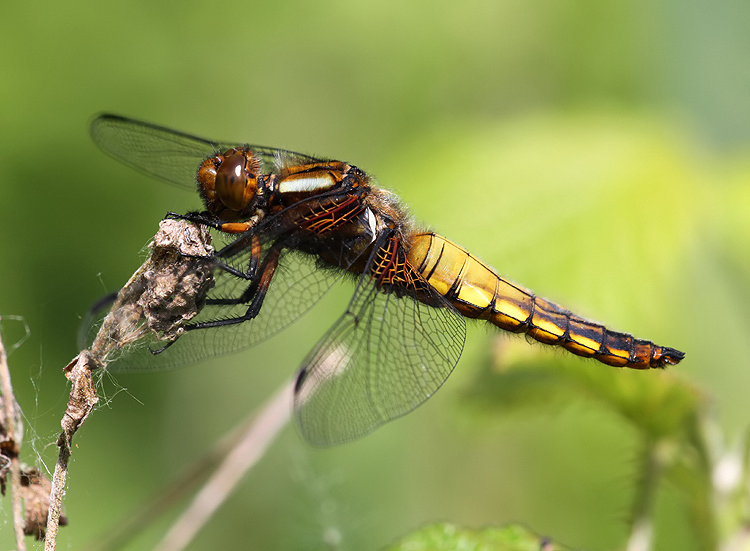 As the Broad bodied Chaser flew up it flushed 3 Scarce Chaser from the dyke and they spent some time perching up and flying around. Again more shots were taken but it was also nice to just sit back and watch the action in front of me. The time had soon passed and I made my way back to the car having spent a cracking 3 hours walking around this superb place. It won't be too long hopefully until the Norfolk Hawkers are emerging. What with Emperors, Brown Hawkers etc to come as well, I really am looking forward to many more visits here to watch and photograph these winged wonders. So far the Canon 7d and Sigma 150mm lens combination seems to be working really well. Lots more photos taken today which I shall post in the next few days i'm sure and fingers crossed, maybe one of my Emperor Dragonfly nymphs will emerge soon and I can capture the emergence. 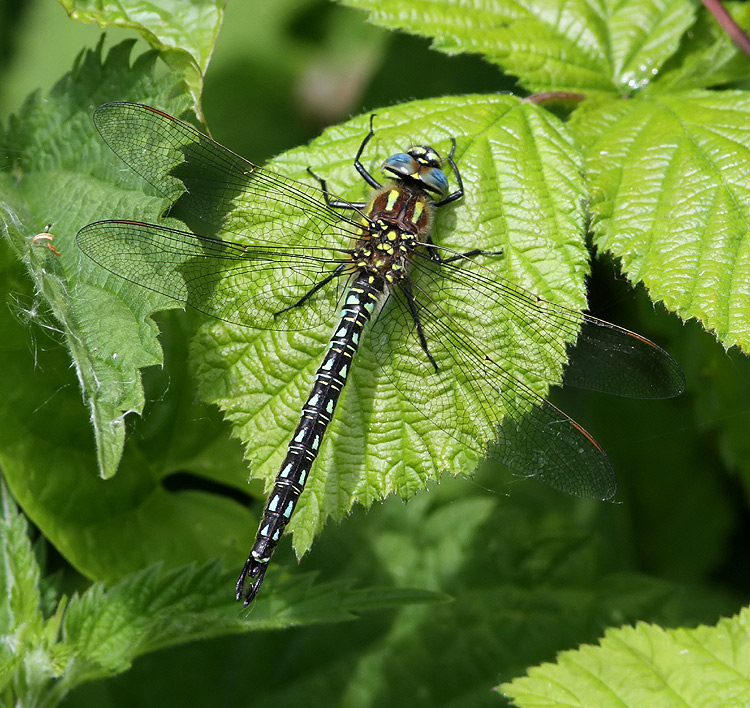