With some sunshine and very light winds forecast for the end of the day, I decided after work on a visit to Westbere Lakes to see if any dragonflies were flying and maybe a photo opportunity or two. Arriving at 3.15pm, it was indeed quite bright but the sun never really come through until I was about to leave but the lack of wind meant a pleasant time was had looking for resting dragonflies. With not a lot flying as I started looking around the entrance, I could see a number of Variable and Blue tailed Damselflies at rest and I hoped that if I checked some areas, that I may be lucky enough to find a resting Hairy Dragonfly. After 15 minutes of searching I locked my eyes onto a resting male Hairy Dragonfly and after setting the camera up with the monopod, I set about getting a number of images. With the sun not shining at all, I opted for a few shots without using the flash and a few using the built in flash to get a brighter feel to the shot. 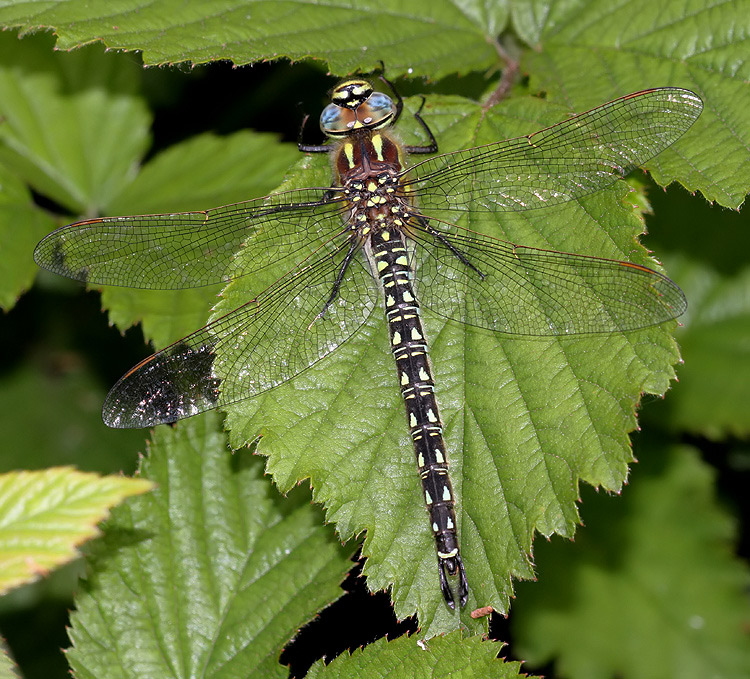 As I moved a little nearer the wings started to vibrate and it took off for a few metres before deciding it was not warm enough and thankfully landed on a nice reed with a clean background. I was soon in crawling position and managed a few shots again with and without flash to, not sure which I prefer but I thought I would post both sets. 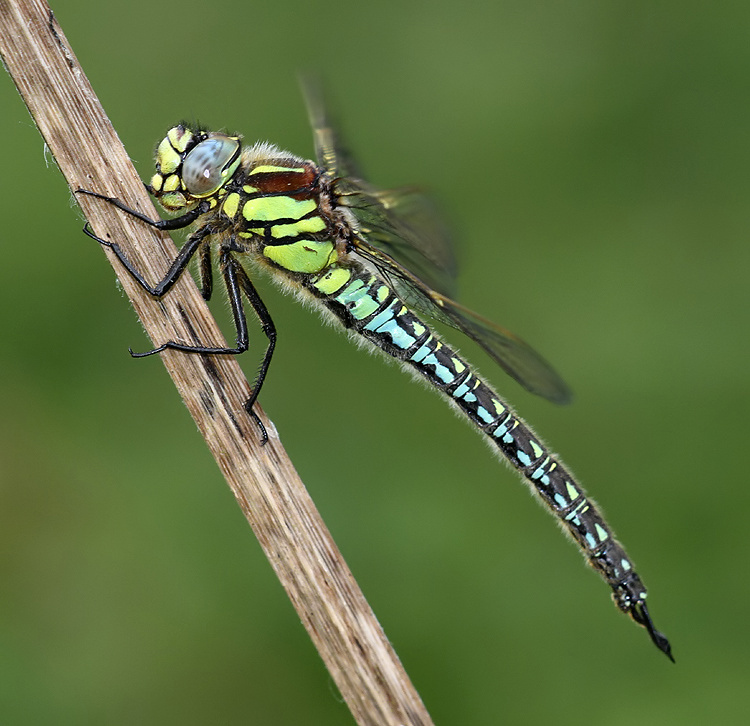 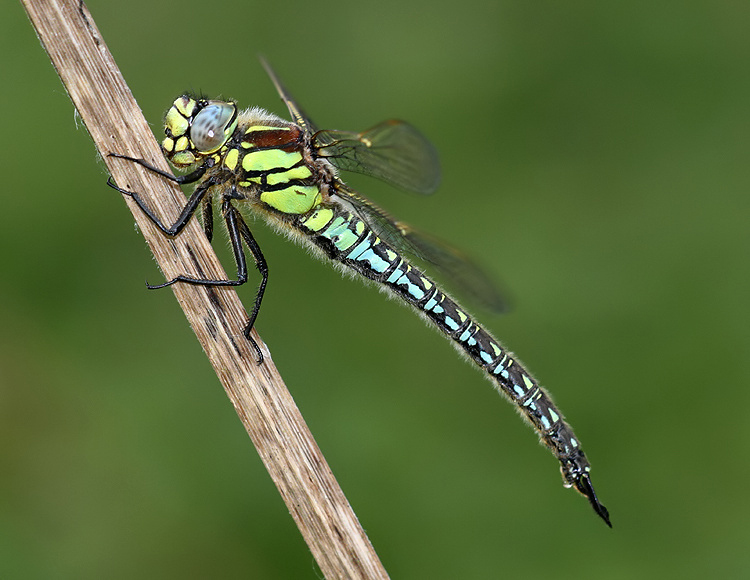 Not long after, he flew off again and out of view and landed again in the reeds where I left him to warm up. I moved on where I spent an hour walking along the river seeing lots of resting Variable, Azure and Blue tailed Damselflies and a few Banded Demoiselle posed nicely for some photos which I shall post over the weekend. Another nice session and although not really sunny, it probably worked in my favour today allowing me to get some images while the dragonflies were at rest. Hopefully an outing over the weekend to see whats about and a few chances to photograph some more dragonflies and damselflies. 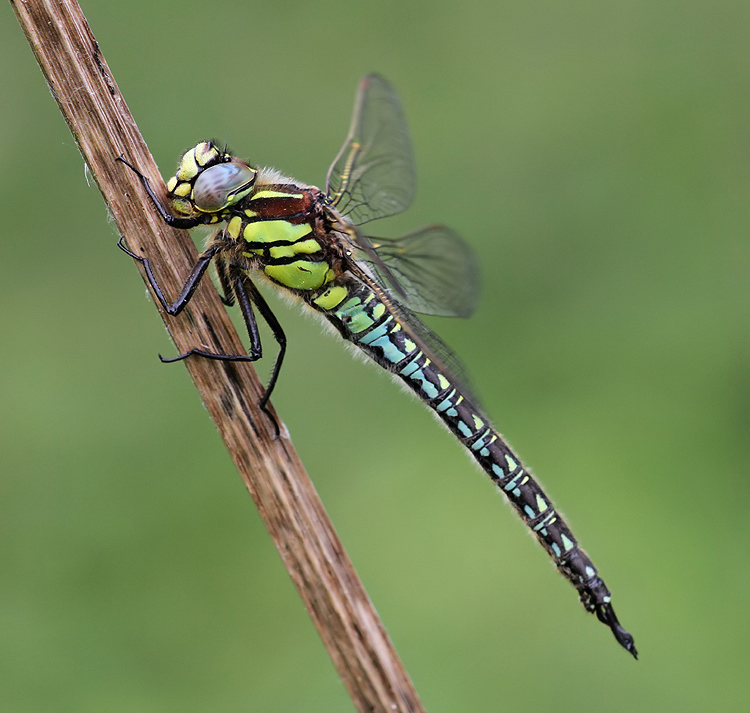 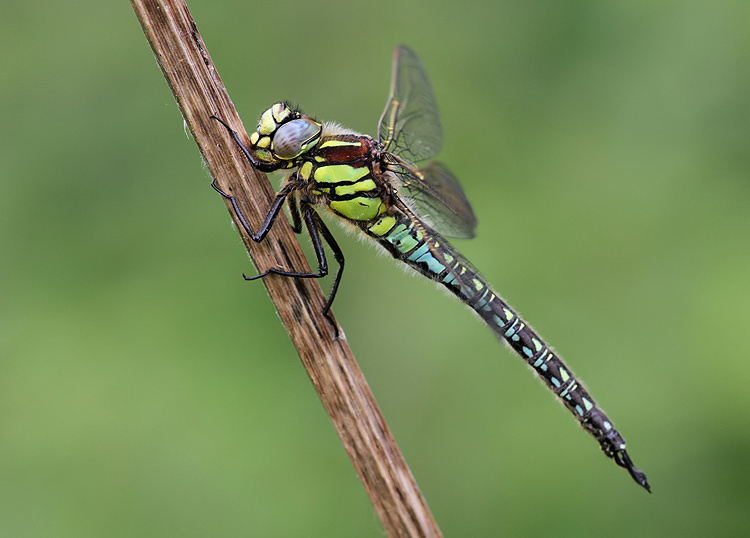 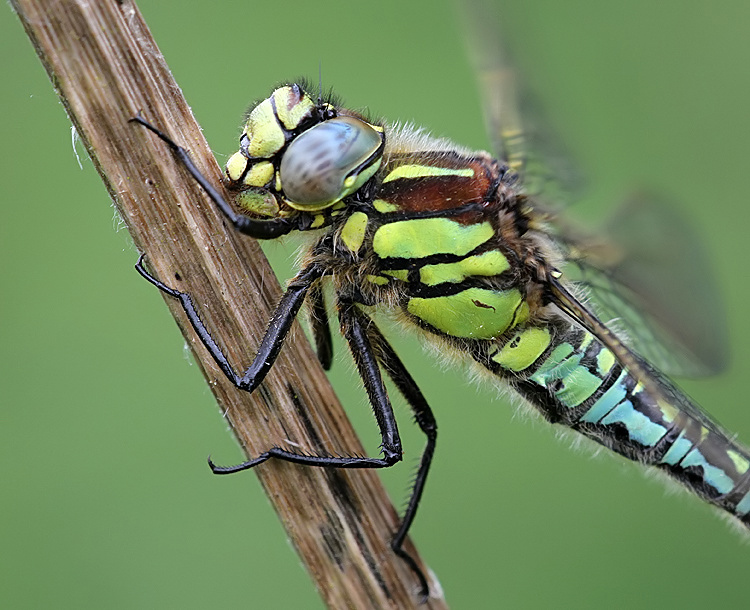