With another day of mostly sunshine in east Kent but with a chilly wind and about 9 degrees celsius, I thought I would make another visit after work to Westbere Lakes where the sun continued to mostly shine. I hoped that if I found a sheltered area, that there may be a few dragonflies making the most of what warmth there was. Arriving about 3.45pm, I checked around the entrance where just a couple of Variable Damselfly could be seen resting so soon moved on. Walking down the main path towards the river, there were a few sheltered areas which I checked hoping for a Hairy Dragonfly but again, not much luck with this species yet but i'm sure my time will come. Reaching the river I could see plenty of Variable Damselflies at rest on the reeds and decided to walk West for a while as I knew a few sheltered areas could be found. A few minutes along the path and a female Broad bodied Chaser flew up from cover and over the fence and rested again on some reeds. This is my first this year and a most welcome sight. Where it had landed, it was obscured by reeds etc so I sat back and hoped it would fly over and land again on the path. For once my luck was in as she flew back and spent the next 30 minutes or so in a small area where I was able to watch and photograph her and test out the camera again with some pleasing results. 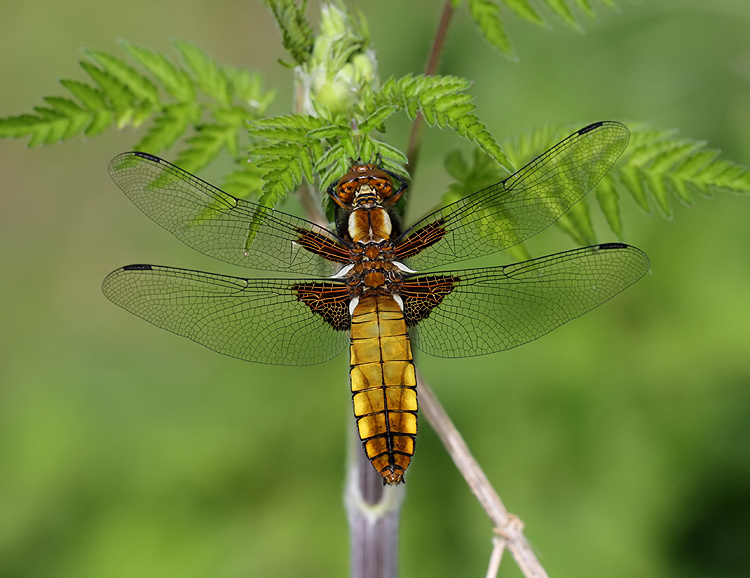 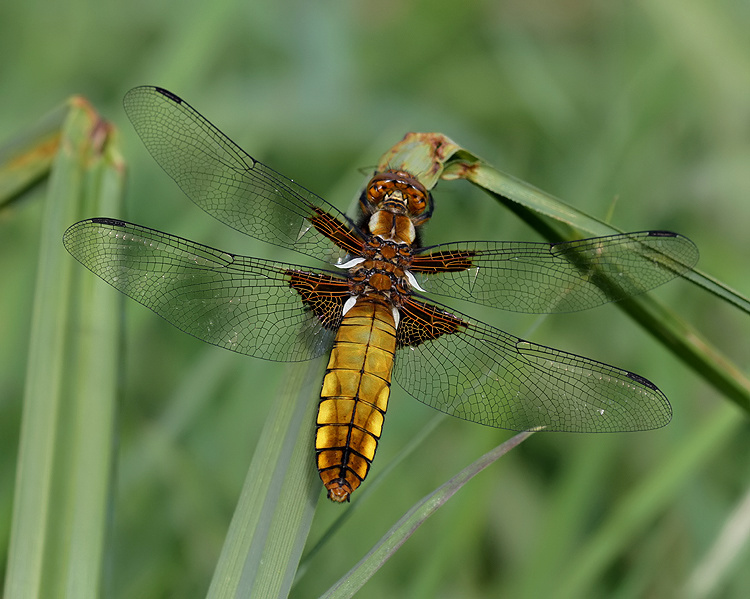 I rattled off a number of shots but being a little picky as I am, the background was quite cluttered but eventually she moved to a slightly better area and posed nicely for some more shots. With my birthday tomorrow and a long weekend, this is a perfect present to start the weekend off. No doubt things will be planned for me tomorrow but maybe I will be able to get out at sometime to see whether I can find a Hairy Dragonfly, although the weather still doesn't look that promising! 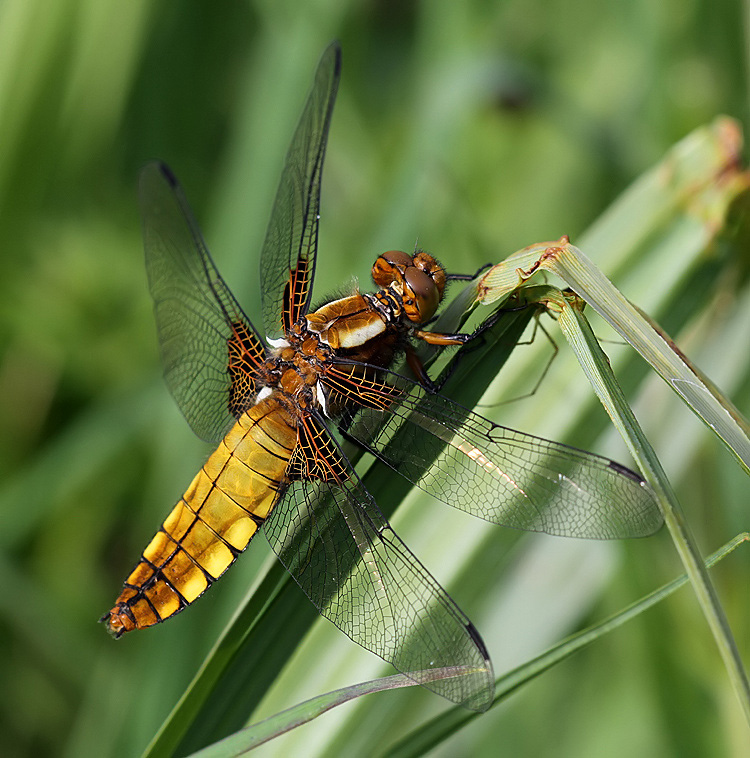 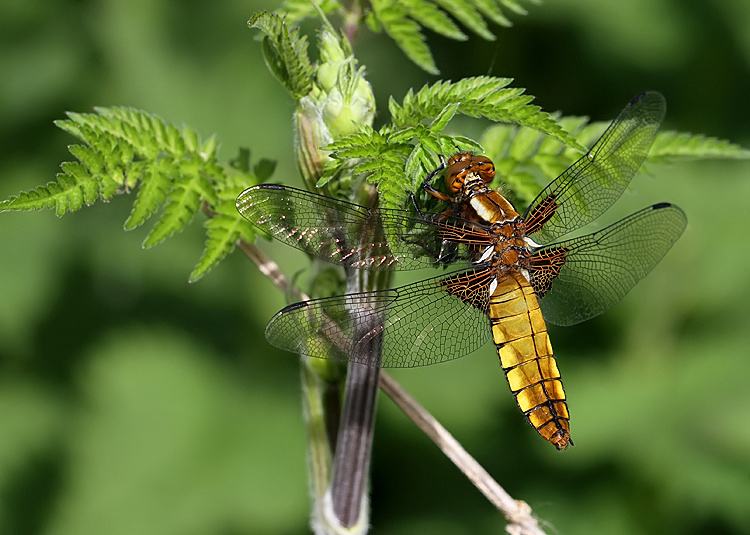 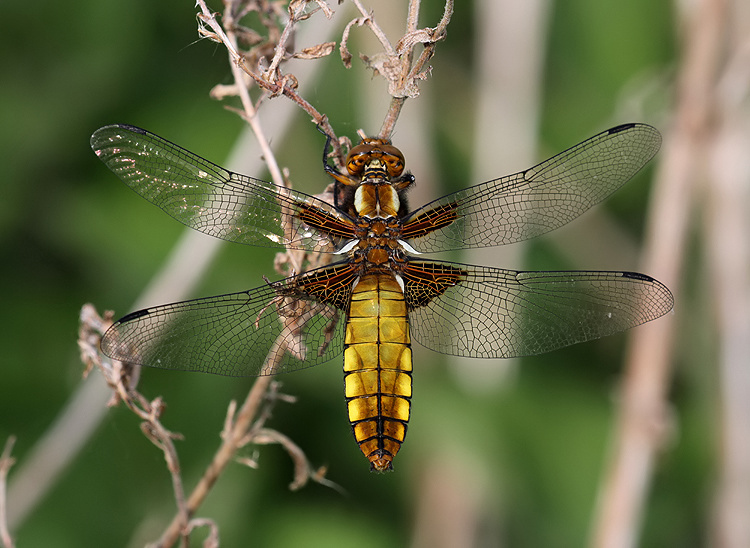 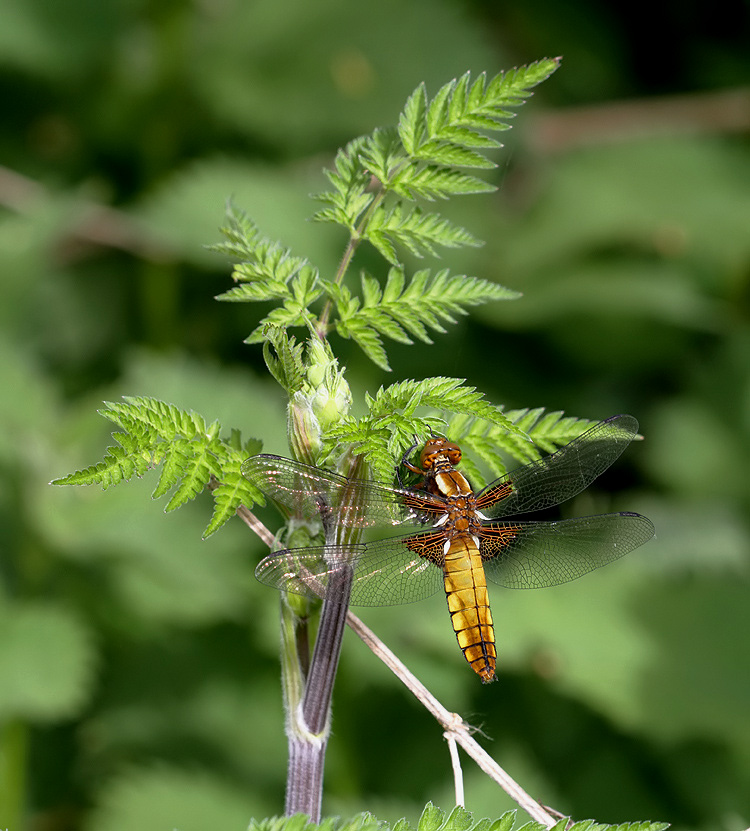 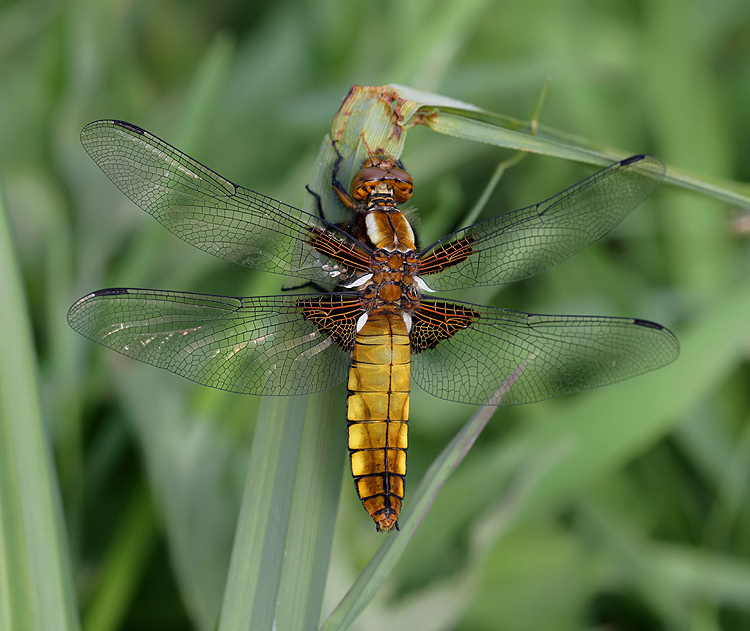