I had a visit to Sandwich Bay on Saturday morning where with permission, I had a brief netting session in one of the pools that holds the Dainty Damselfly. After a while I had caught a few likely nymphs and so took them back to the observatory where I then set up my tank outside to take some photos. After preparing the area and getting everything ready, I then settled down to go through the nymphs to identify them. There were a few Variable / Azure Damselfly nymphs in there which could be partially identified due to their heavy spotting on the back of the head behind the eyes. I then found a few individuals which lacked the spotting on the head and then looked at the caudal lamellae to distinguish whether they would be Common Blue, Blue tailed or Dainty. Common Blue are quite easy to identify due to their dark bands across the lamellae and the Blue tailed tend to have more slimmer and pointed lamellae. The setae on the lamellae are also a feature to check. This then left me with a few individuals which lacked the spotting on the head, had 7 antennae segments and best of all, caudal lamellae which are broadest in the distal half, quite rounded and a point at the end. These I was confident were Dainty Damselfly nymphs. I had introduced a small piece of weed into the tank against the glass where the nymph was put in. It was then a case of waiting until appropriate moments happened where I was able to fire off a number of pleasing images with many showing the features visible to identify this super rare species. After a while I then returned all the nymphs back to the pool where I had found them. Many thanks to Sandwich Bay for allowing me to net and take photos here, much appreciated. In the afternoon I made a brief visit to Westbere Lakes where I managed to see 3 Hairy Dragonfly, 1 Red eyed Damselfly, 1 Banded Demoiselle along with a few Blue tailed, Azure and Variable Damselflies. The weather looks like it may be warming up down here over the next week. Fingers crossed next weekend gives me some time to see what has emerged and maybe a photo or two 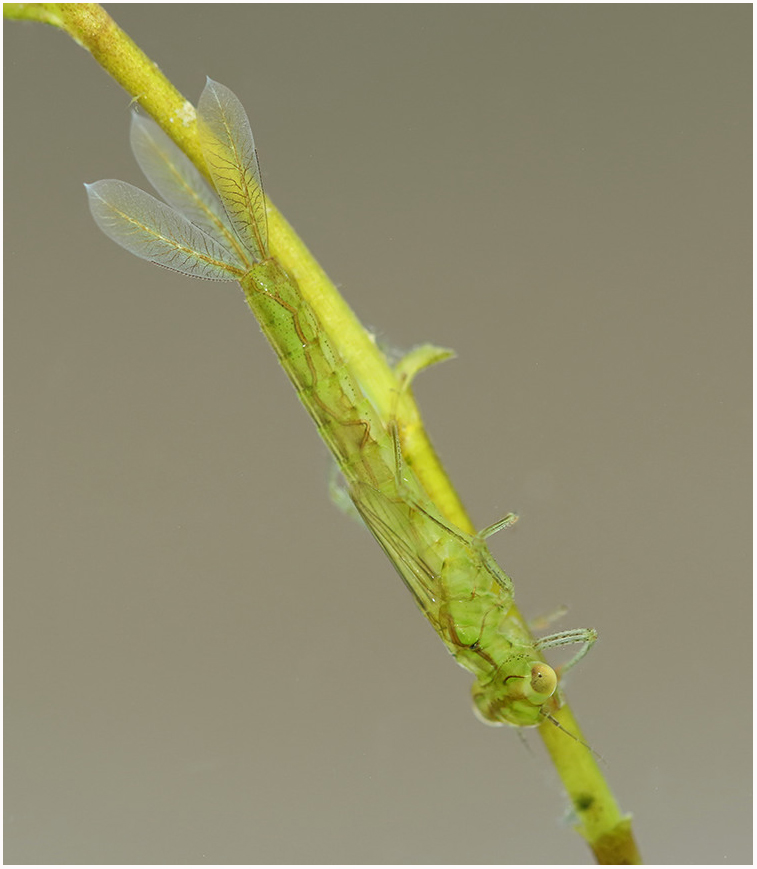 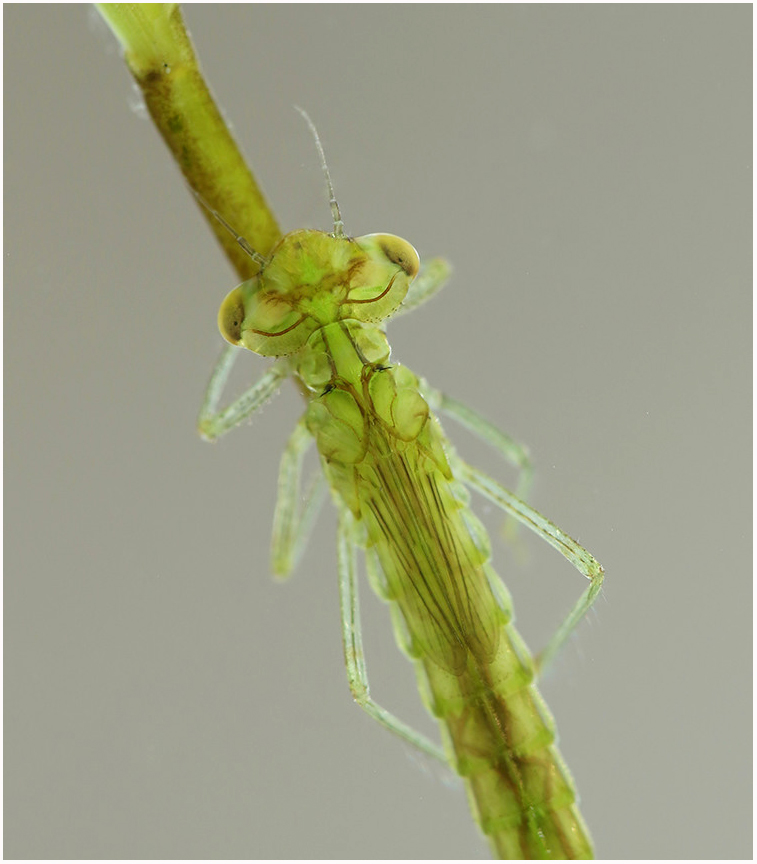 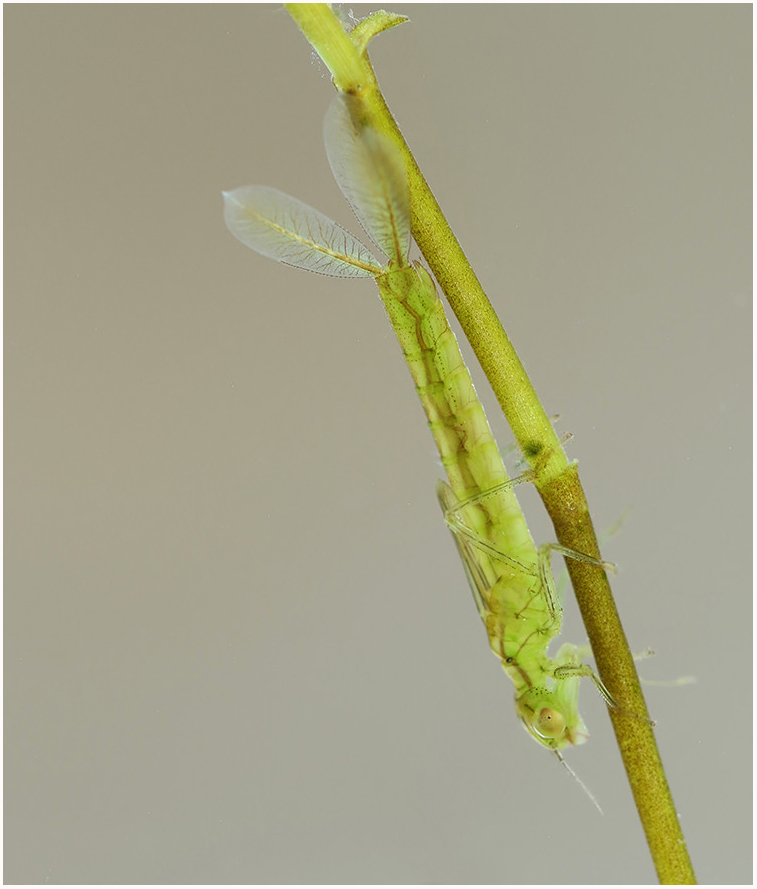 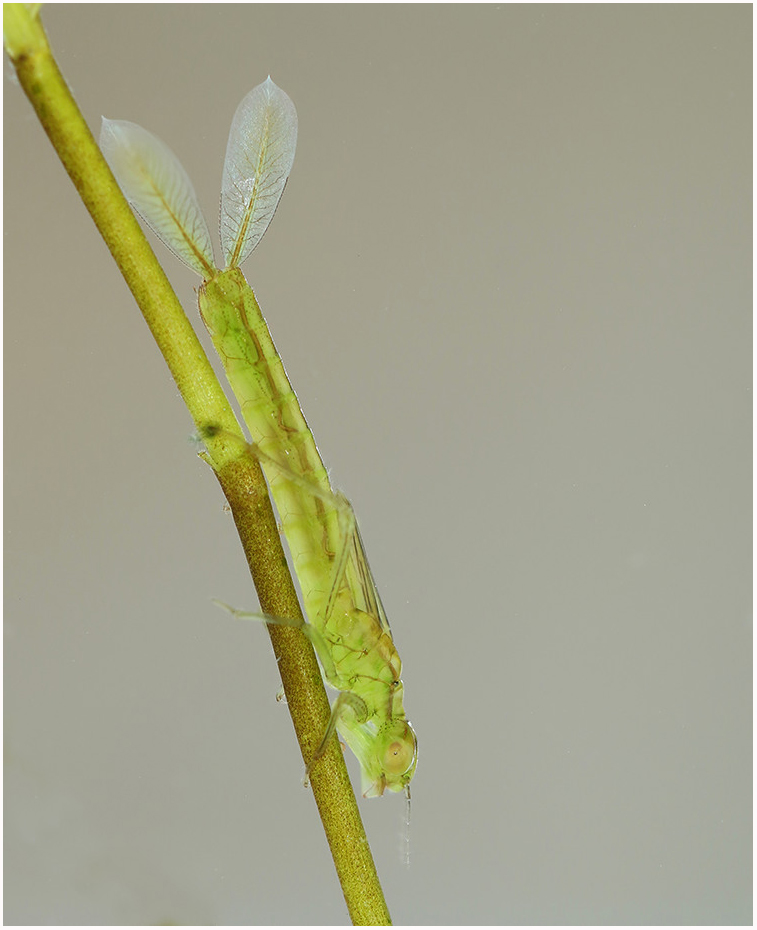 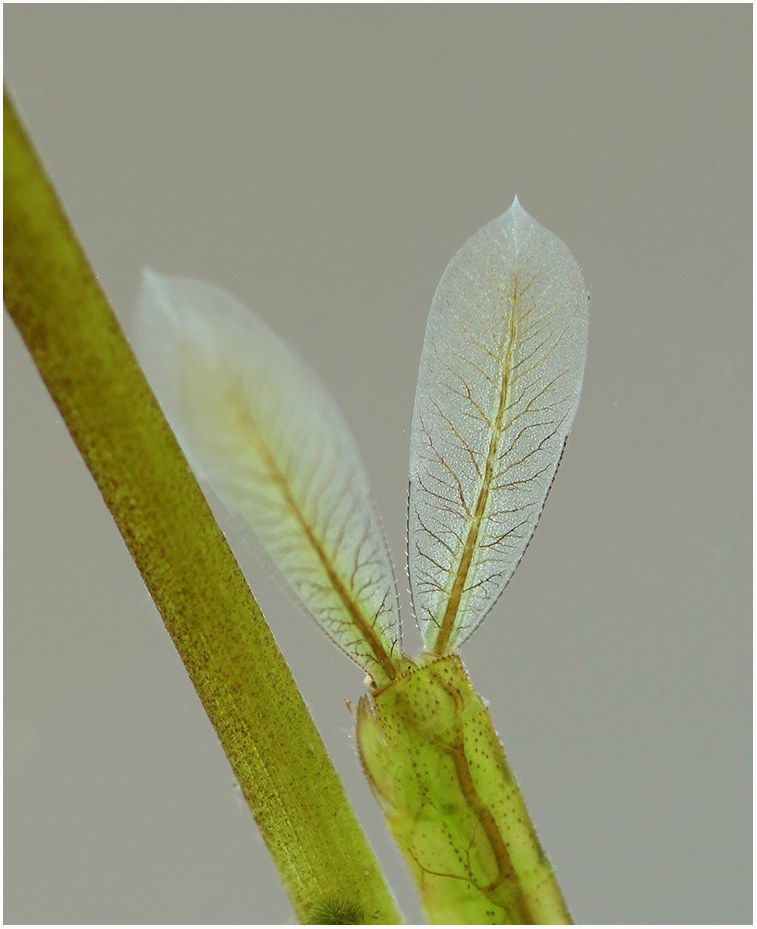 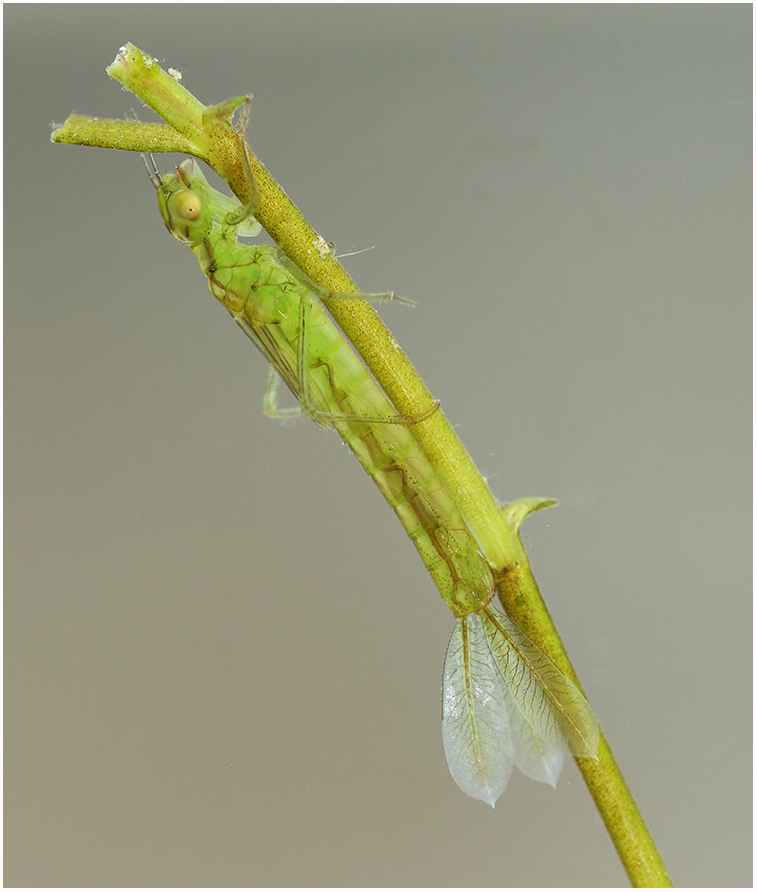 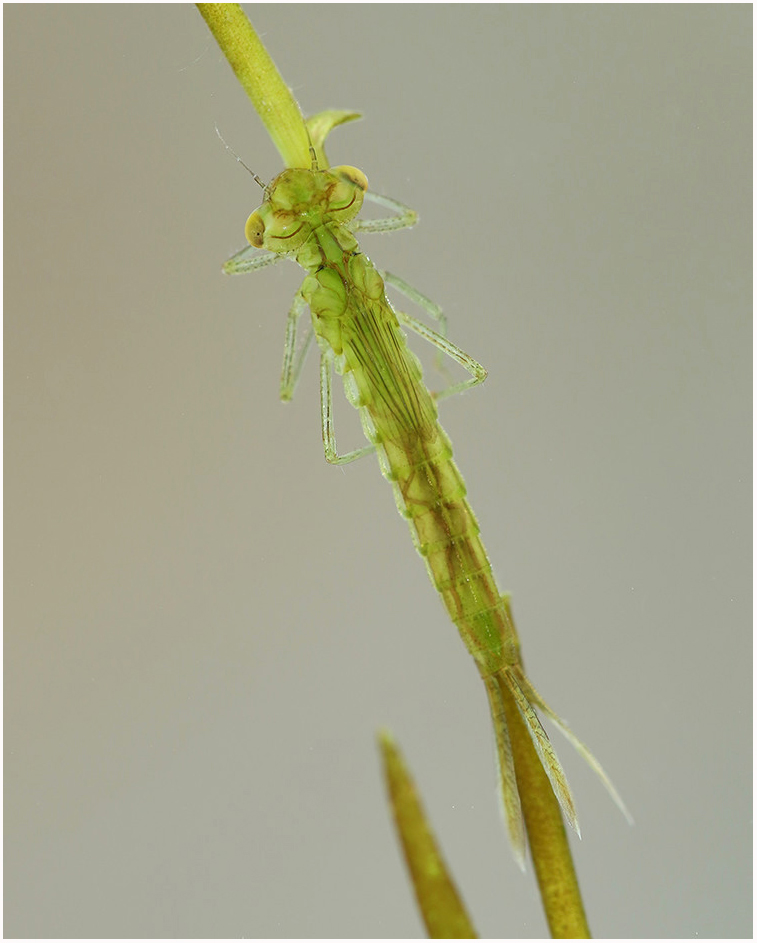 Dainty Damselfly (Coenagrion scitulum) nymph showing id features including lack of spotting behind the eyes, 7 antennae segments and Caudal Lamellae broadest in the distal half
.
Posted by Marc Heath at 6:13 pm