Having not found any Willow Emerald Damselflies last weekend at Nethergong, I decided to take my outdoor tank along for a session where the plan was to net a few fully grown individuals and try to photograph them in my tank on site. Having parked up quite close by as there was quite a bit to carry (tank, table, tripod as well as a camera bag), I was soon setting up and putting some weed and water in the tank where it needed to settle for a while. This gave me the chance to net a few Willow Emerald Damselfly nymphs which there were plenty of. I managed to net a newly moulted nymph which was pretty white where the pigmentation had not darkened yet. I thought this would be a good subject to photograph so after introducing it to the tank, I had a brief wait until the nymph was in a few suitable photographic positions. Normally at home, I can take my time and make sure the glass is in pristine condition but using the natural water on site, there were plenty of things and  bits in each shot which were slightly annoying. I have tried to clean up the shots but I would be there all day removing everything but I think the shots have come out quite well considering. It was interesting seeing how quickly the nymph started to darken from its almost white state when I netted it but I suppose when you are underwater standing out like a sore thumb, it's pretty important to blend in quickly as most things want to eat you. With a few shots in the bag, it was time to pack everything away and return home. A nice few hours with the tank set up outside which I should do more often as it's great fun, when everything works out that is! 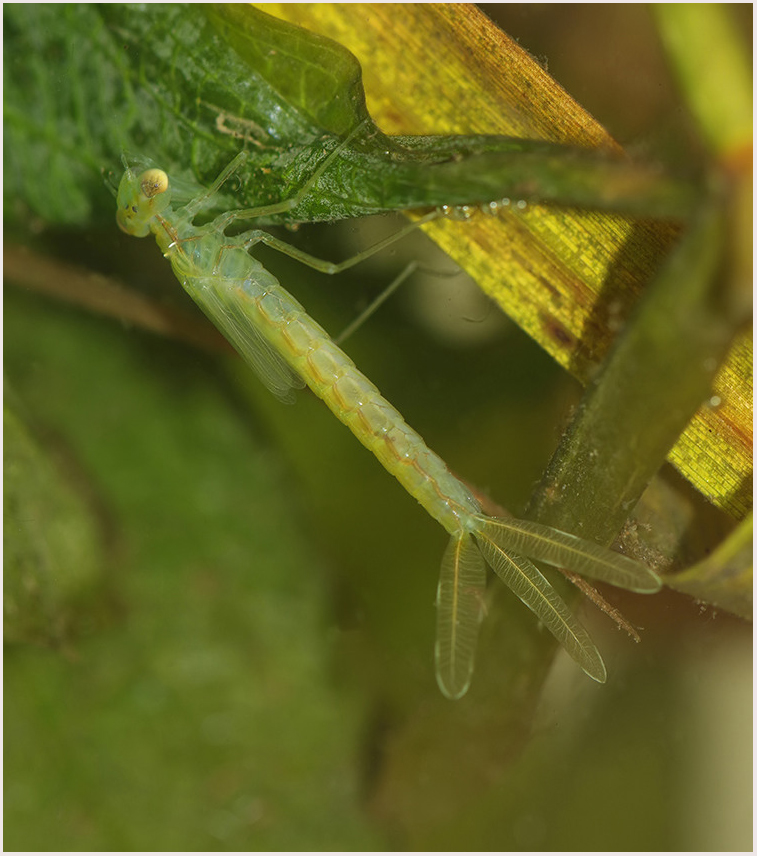 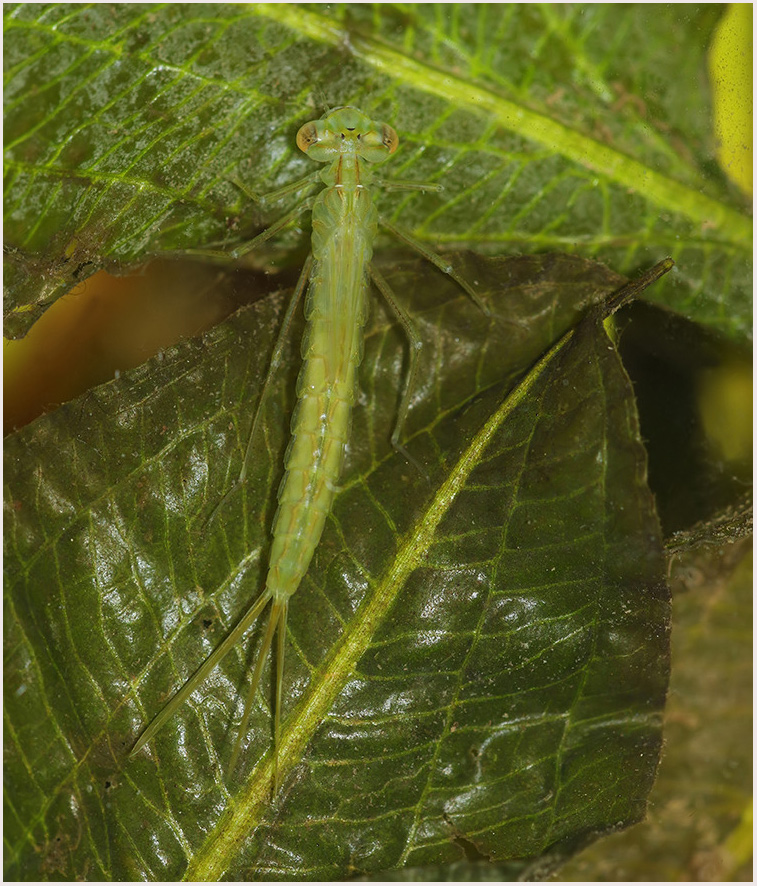 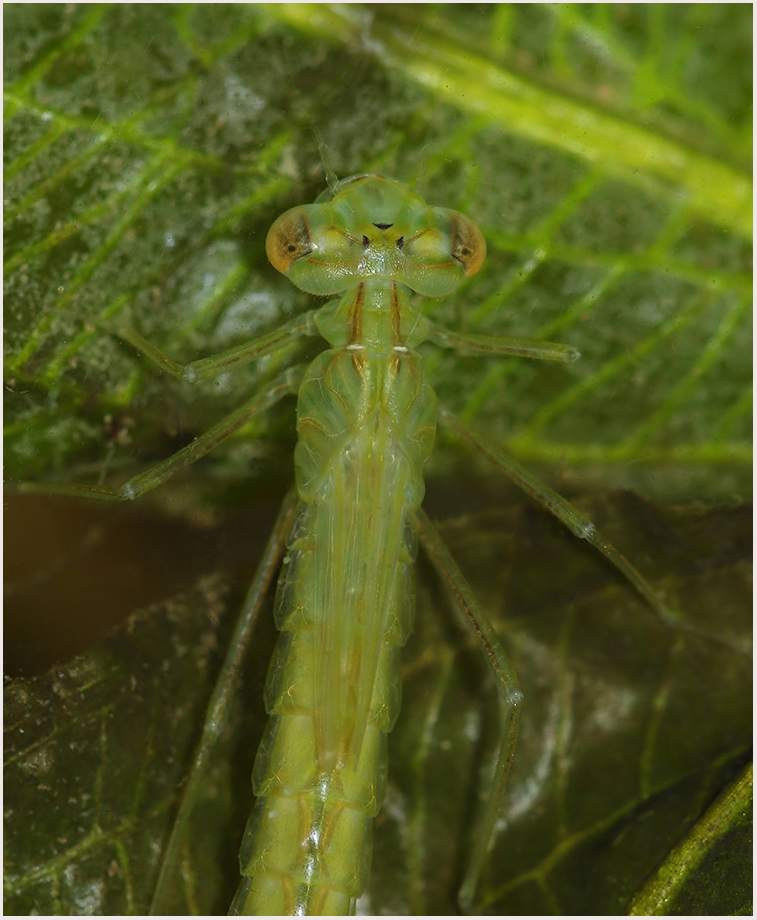 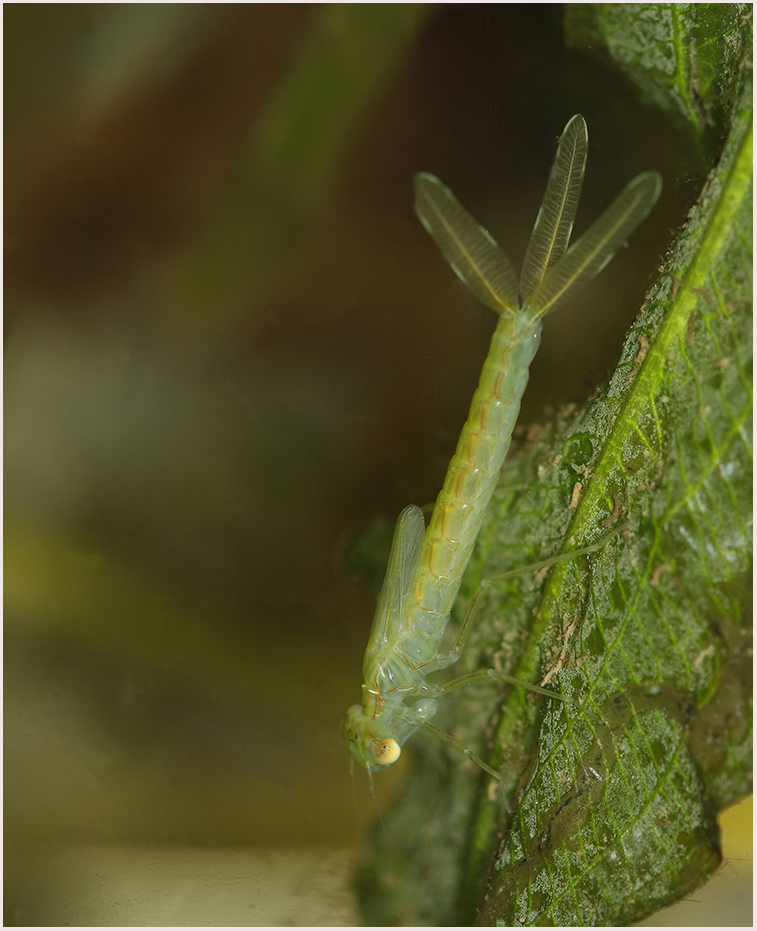 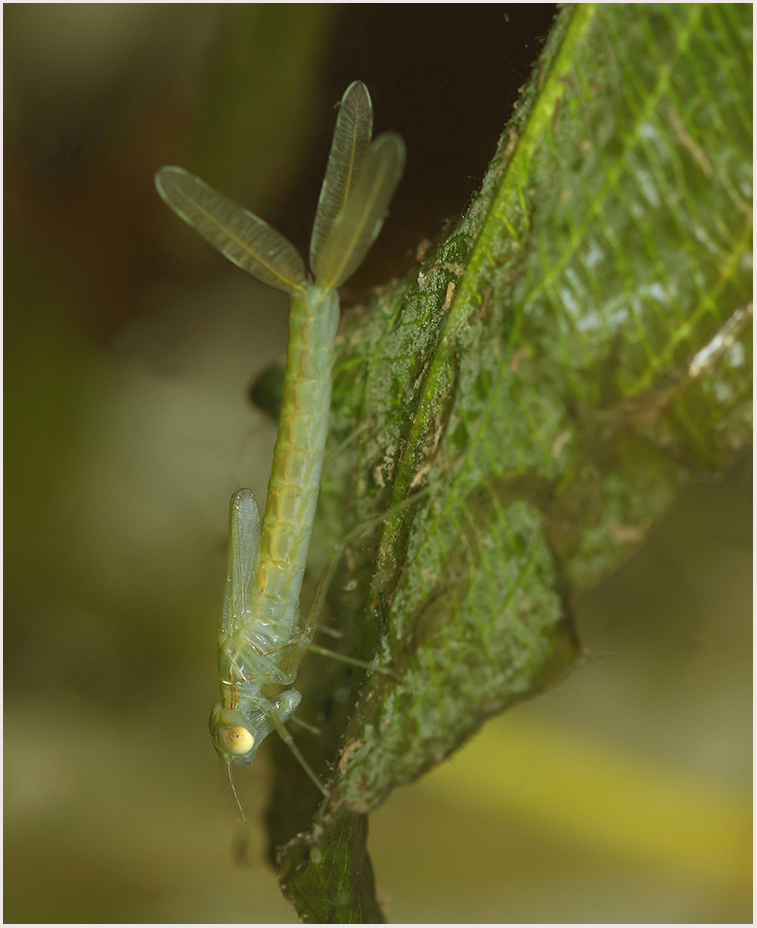 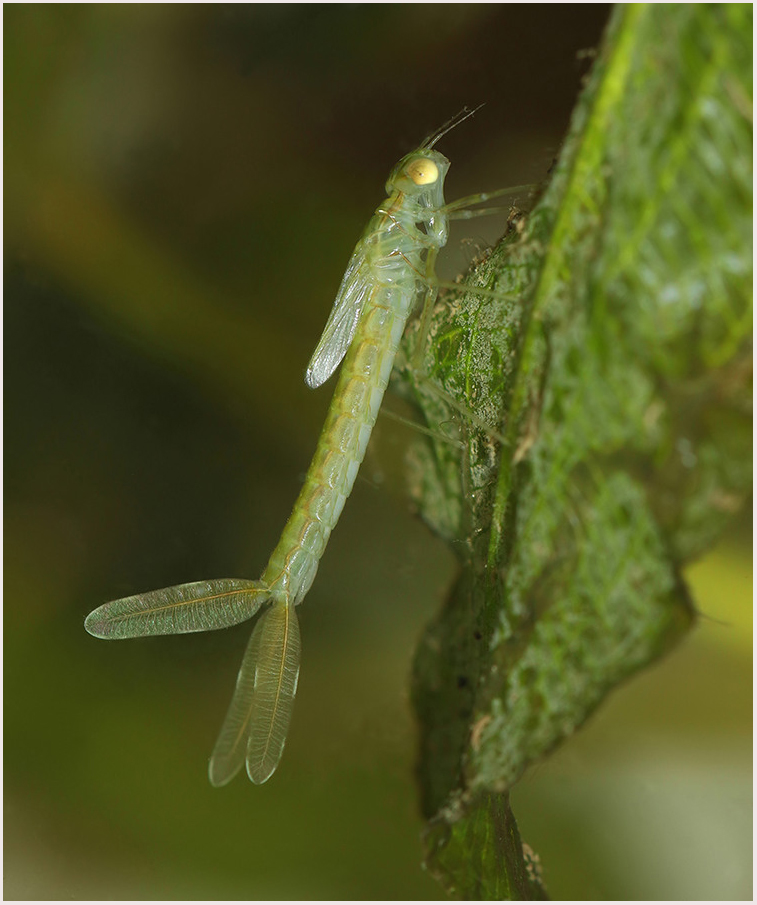 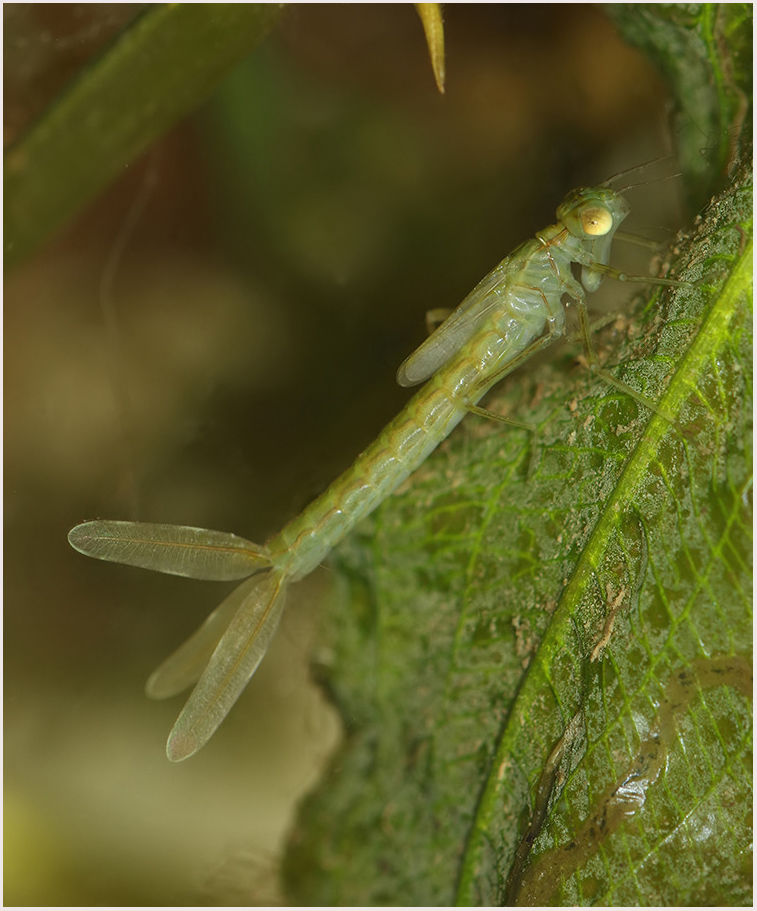