With a bit of time on my hands at the moment as we are on a rota at work currently, I thought it would give me the chance to spend a few days examining the Dainty Damselfly exuviae I collected last year at Sandwich Bay. A look through the books I have provided very little information as did the internet surprisingly and even then, a few sites of interest I did find were in languages I didn't understand. There were also few photos showing how to identify them which to someone like me, made the task quite difficult as I hope at some point later this year all being well, to hopefully gain permission to visit the site again to survey for nymphs and adults. With this seemingly lack of information out there about our rarest damselfly, this provided me with an opportunity to spend a few days in the warmth of the conservatory slowly investigating the various parts of the exuviae which make up the Dainty Damselfly. A shout out on Twitter for any help resulted in Dave Smallshire and Thomas Buchner providing me with some much needed help which I soon put into practice as I studied a number of exuviae to see the key features needed. As I got my eye in, the features became easier to see and comparing these to other 'blue' damselflies exuviae with which they look very similar, I was starting to have a better understanding at identifying the Dainty. With my knowledge at a satisfactory level now and feeling more confident, I started to take apart one of the exuviae to study it in closer detail. A few minutes soaking in some water and vinegar enabled me to prize apart the caudal lamellae and remove them whilst looking through the hand lens. This was followed by then carefully removing the mask which I can tell you, was very fiddly indeed. With the parts removed, this gave me the chance to study them better and see the proper shape of the caudal lamellae and mask. Each part was photographed individually and although I use a trusty Sigma 150mm macro lens, I really could have done with a 100mm macro lens for this work to achieve some closer and sharper images. Having said that, I ended up with some useful photos hopefully showing off some of the key identification features to identify the Dainty Damselfly exuviae which I know will definitely me and hopefully help others should they suspect they have found this species elsewhere in Kent. With some more time available next week, I may well chose a few more species exuviae and try this approach with them to show off their id features. 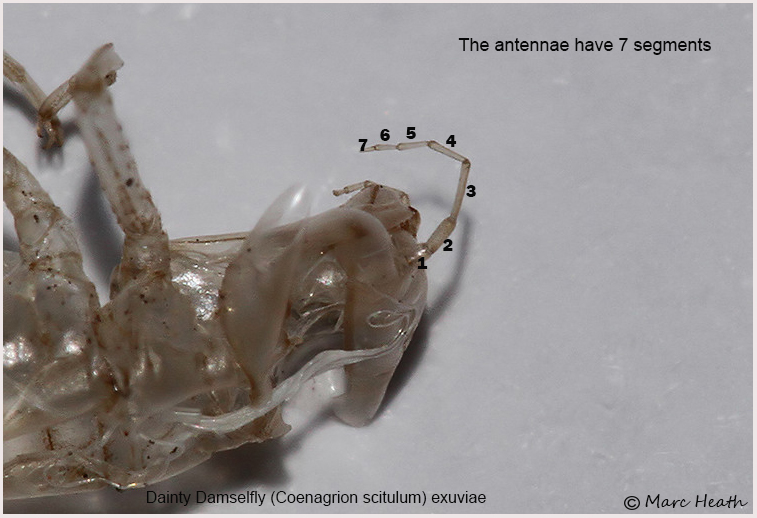 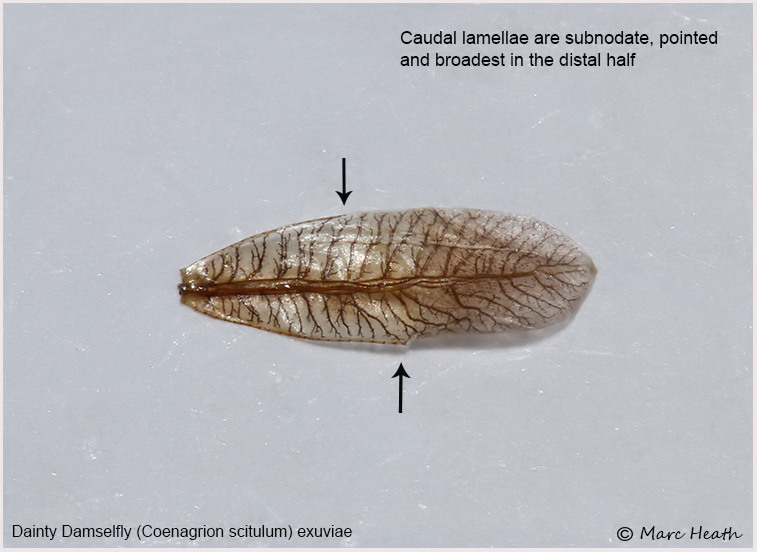 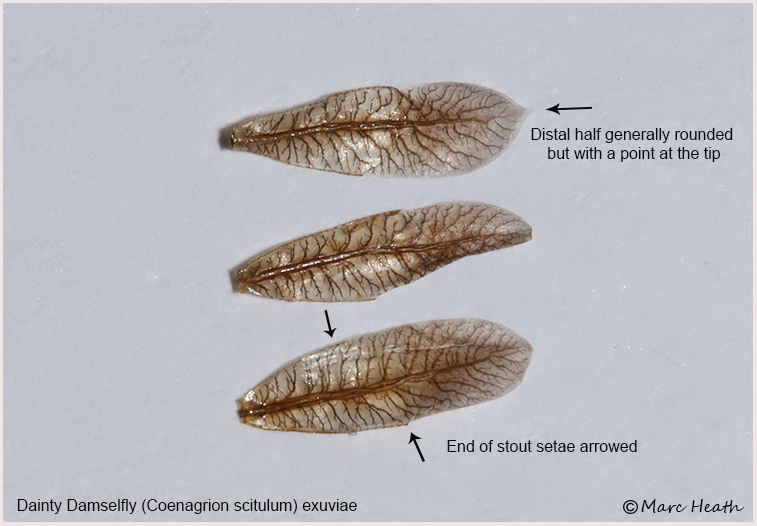 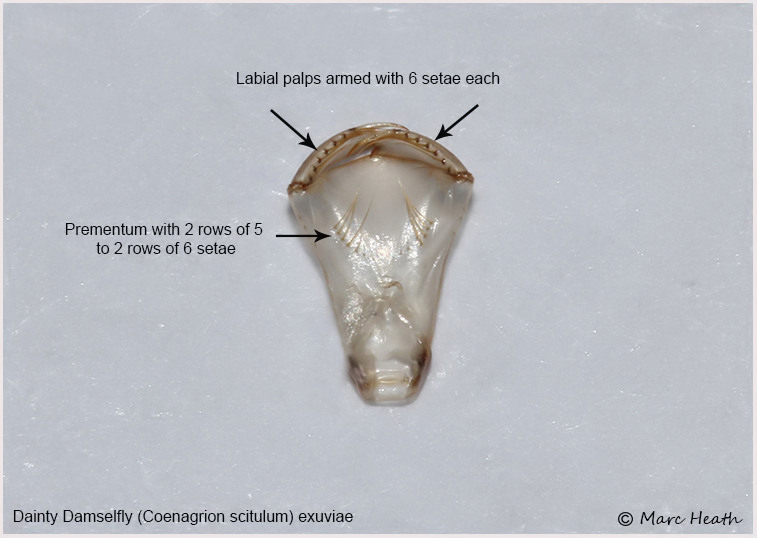 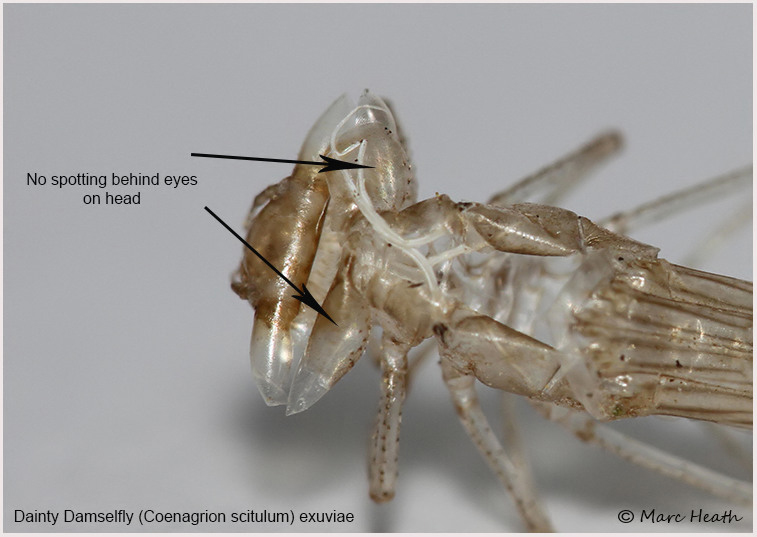 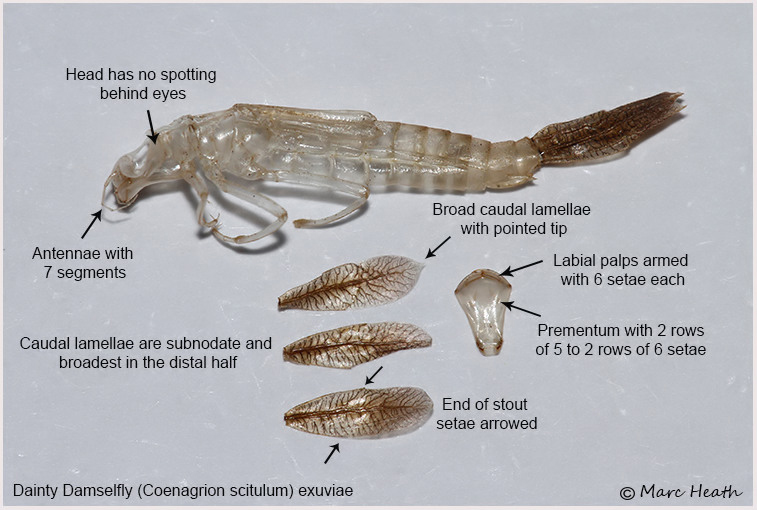