A Trip For The Southern Emerald Damselfly

It's been 6 years since I last saw the nationally rare Southern Emerald Damselfly and I thought that it was about time that I reacquainted my self with this species this year. With a small colony in Kent at Cliffe Marshes and with a few being reported there in the past few weeks, I arranged to meet up with Frank Cackett who knows this area like the back of his hand. Yesterday after work at 15:30 I cycled home very quickly to get the car and with the sun still just about shining, I made the 40 minute drive to the reserve where after a walk along the main track, Frank arrived soon after. It wasn't too long until we were in the area near the seawall where we started scanning through the long grasses where they can often be seen. The sun was quite warm and the winds getting lighter so our chances looked good and this proved the case as we almost simultaneously both found the first of 6 Southern Emerald Damselfly seen today quite close to each other. They can often be recognised by their metallic green bodies which turn gold with age but one key feature is the bi-coloured pterostigma on the wings which shows up very well. After having a quick look through the binoculars, I was keen to try for a few photos and so slowly moved in with the camera and took a few initial shots. They were quite wary and often moved between the grasses but eventually I managed a few pleasing images. We continued on checking the edge of the grasses where we found a further 4 more Southern Emerald Damselfly resting in the grasses. A few more images taken but with the wind still blowing, it was always a challenge to get them all in focus. As always, I made sure I made time to have a good study of this species which I hadn't seen for many years but it was well worth the trip to this fantastic part of Kent. We only looked for an hour or so but I would imagine a few more hours earlier in the day would produce better numbers of this species which surely must be lurking in areas which have no access to be checked. With good views obtained and a few photos to look at, we made our way back to the car and off home. My thanks to Frank for giving up his time to meet me and show me the area well and off course, finding the target species. 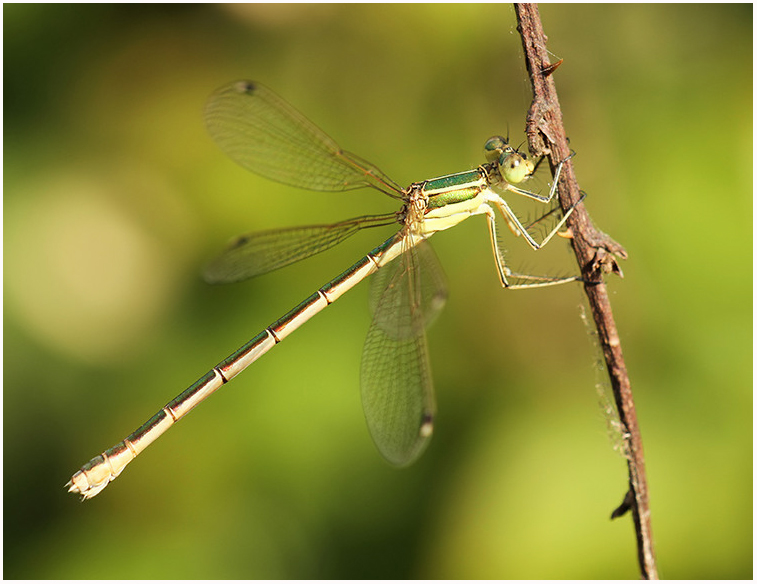 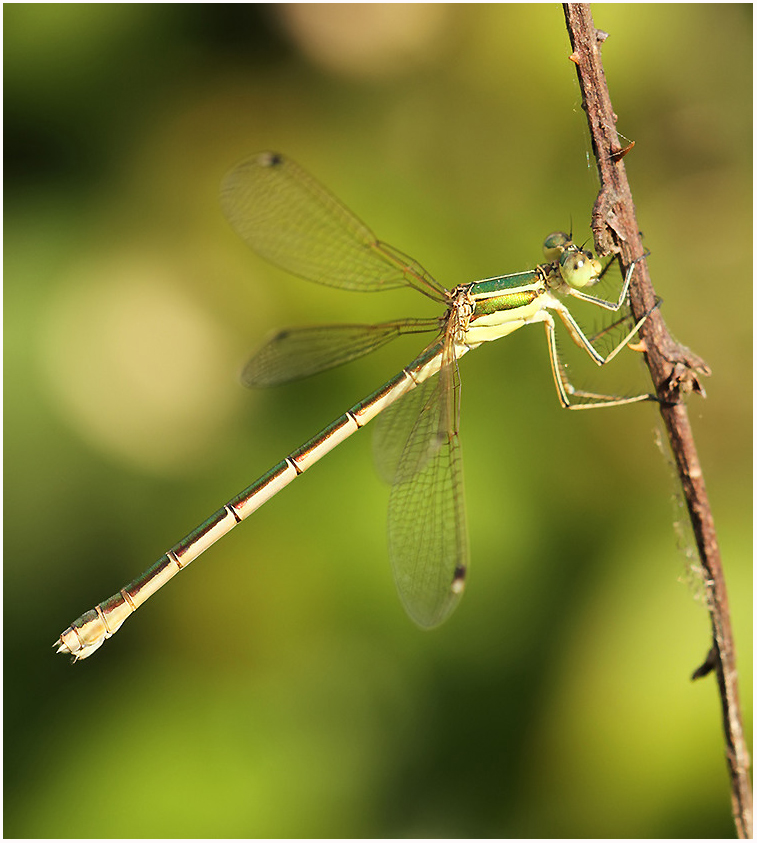 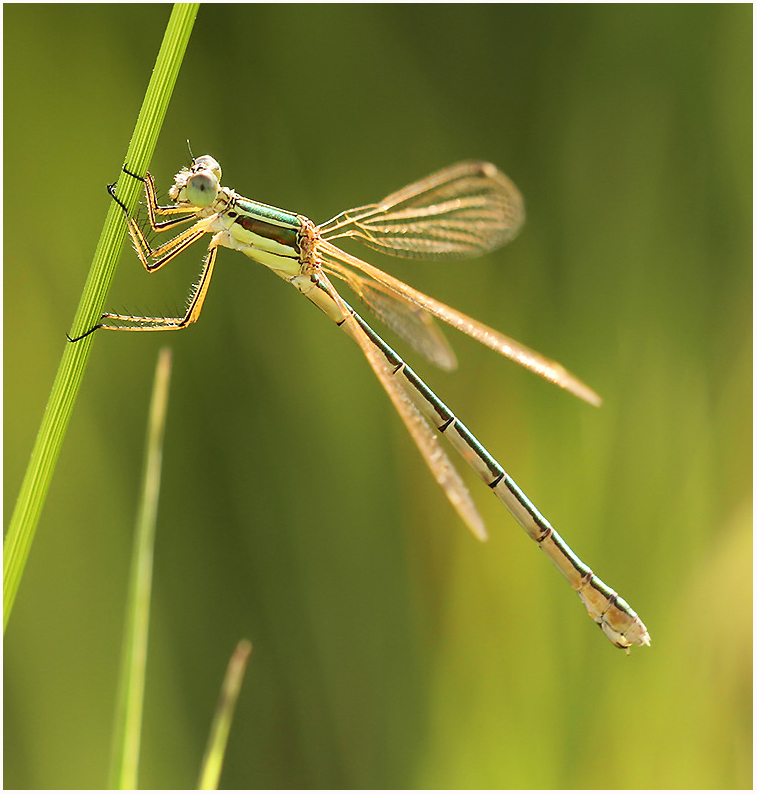 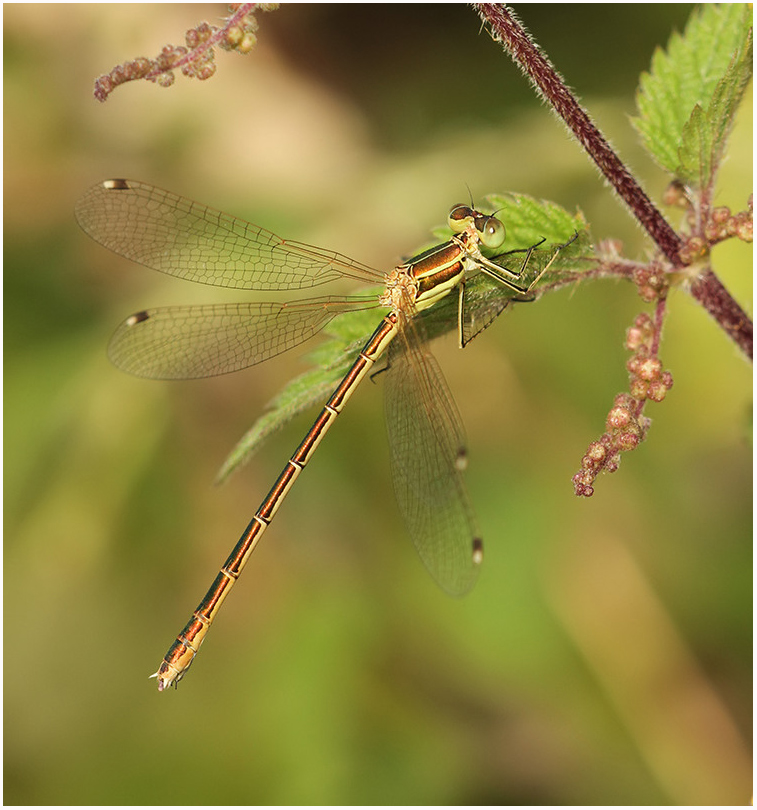 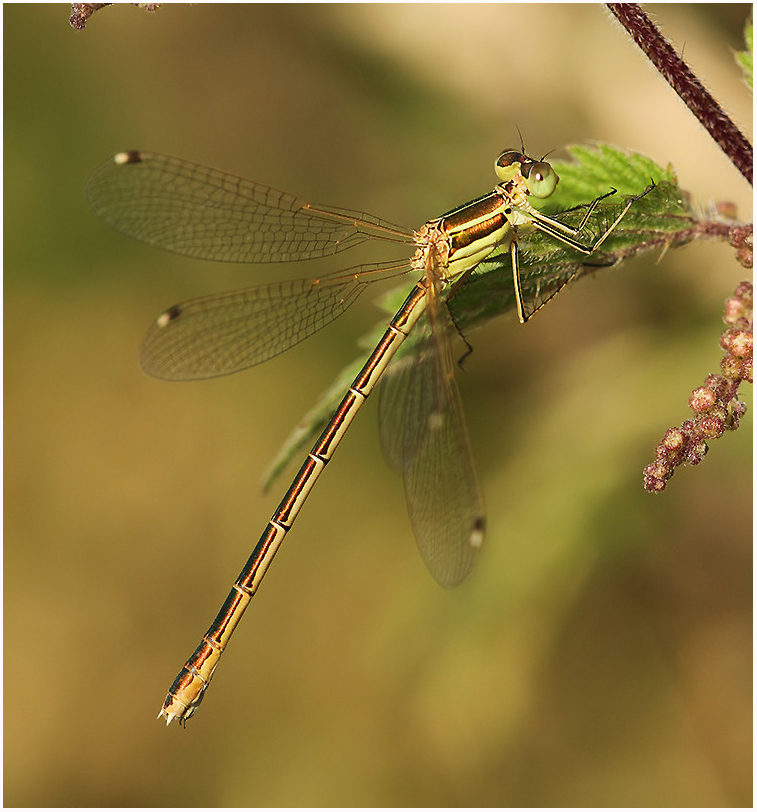 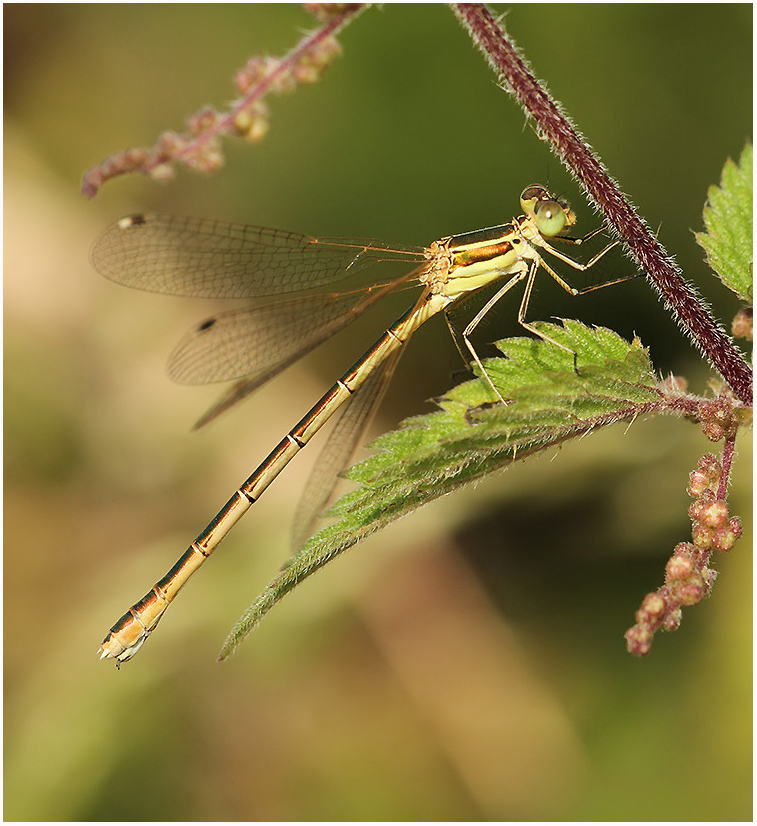 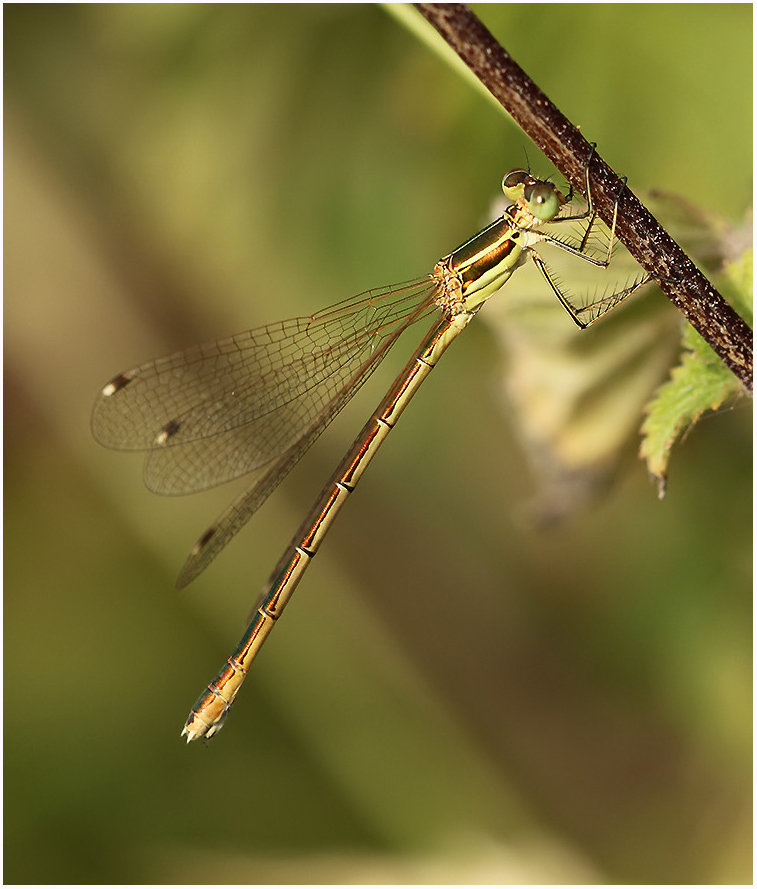 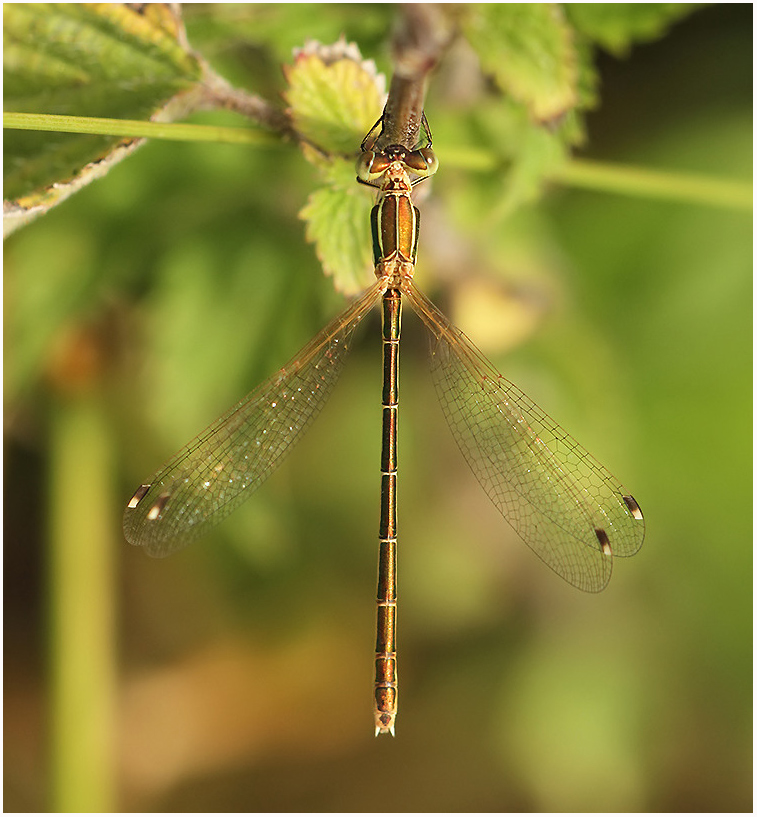 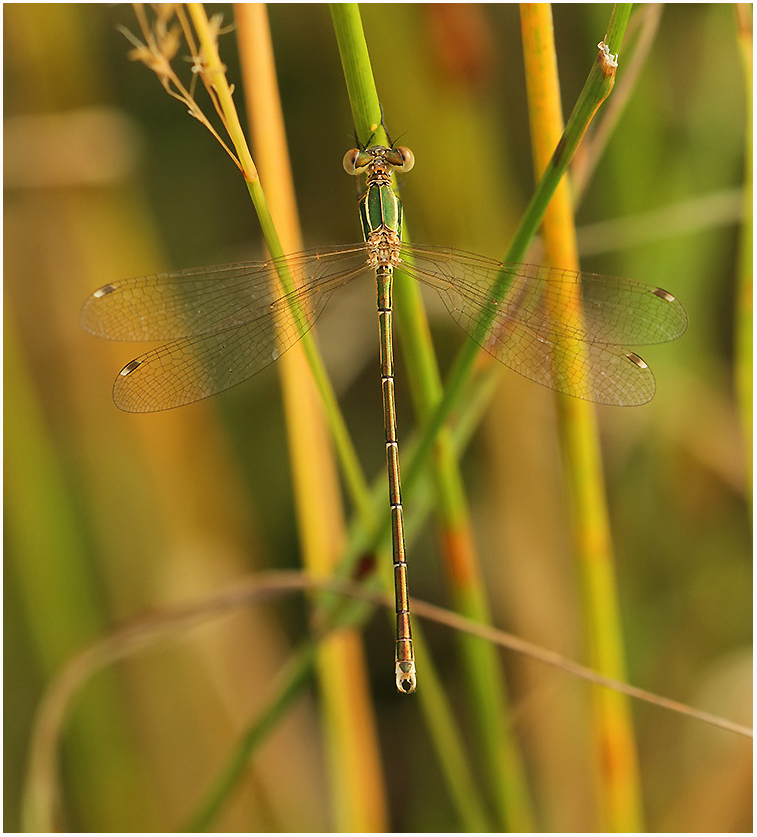 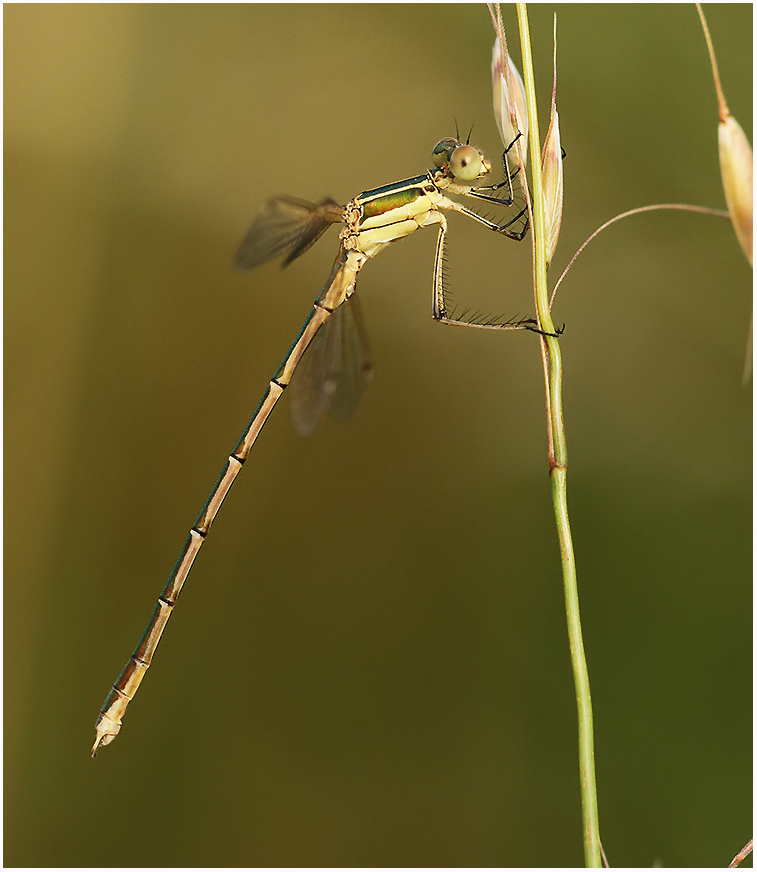