I have made a few trips out of late and a few weeks ago whilst doing some survey work with my Kent Dragonfly Recorders's hat on at a private site to see what was about, I was delighted to see my first Red veined Darter for a few years as a teneral male rose out of the vegetation. Thankfully he landed quite soon after in the grass and I was able to take a few record shots. Normally these shots would have been deleted straightaway as they are not the best but as I have not seen and photographed this species for a few years, I though I'd have better use them. 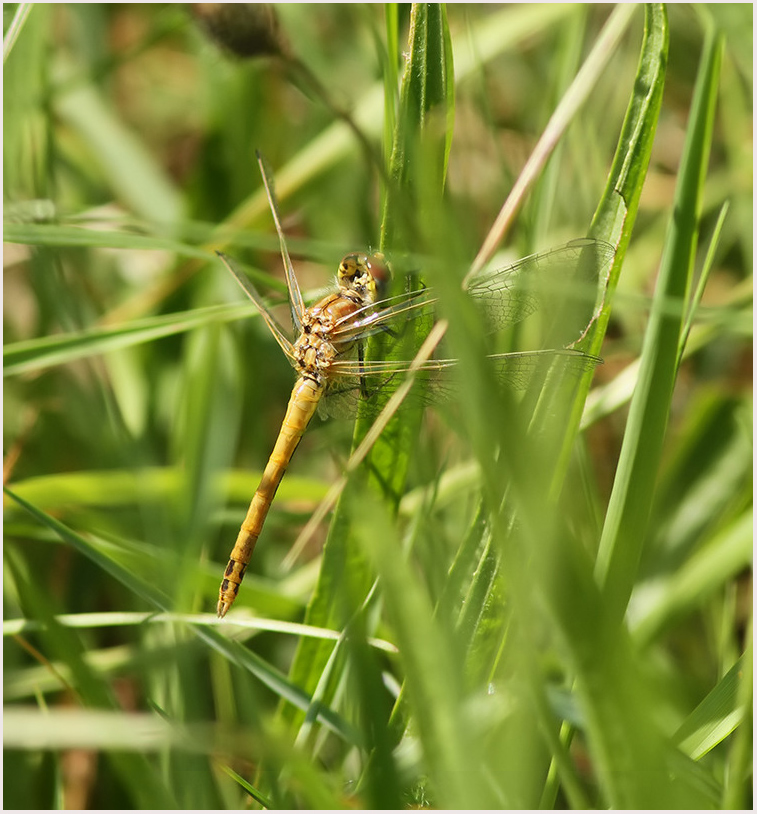 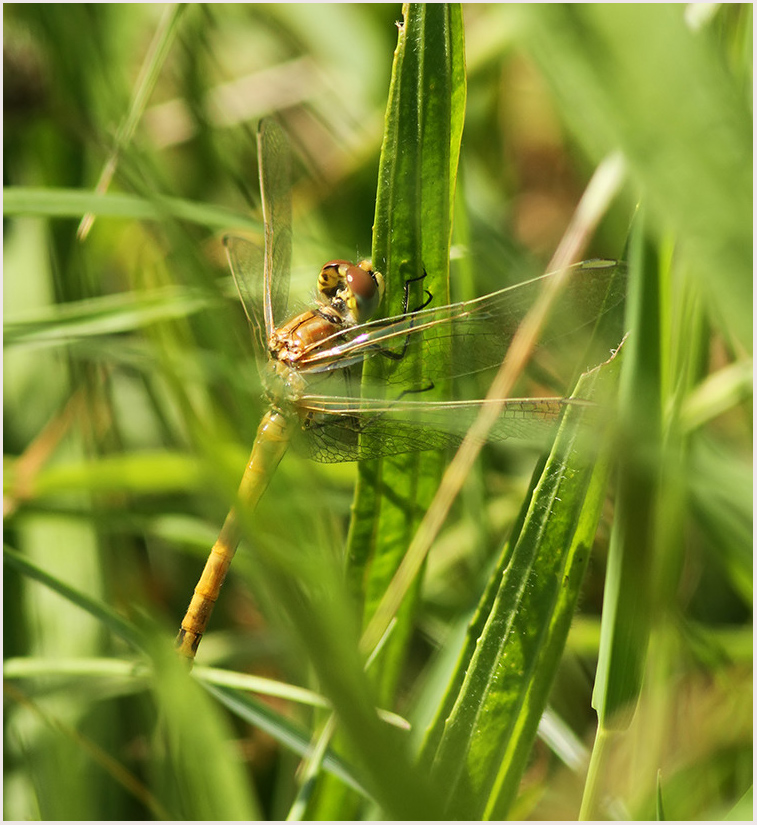 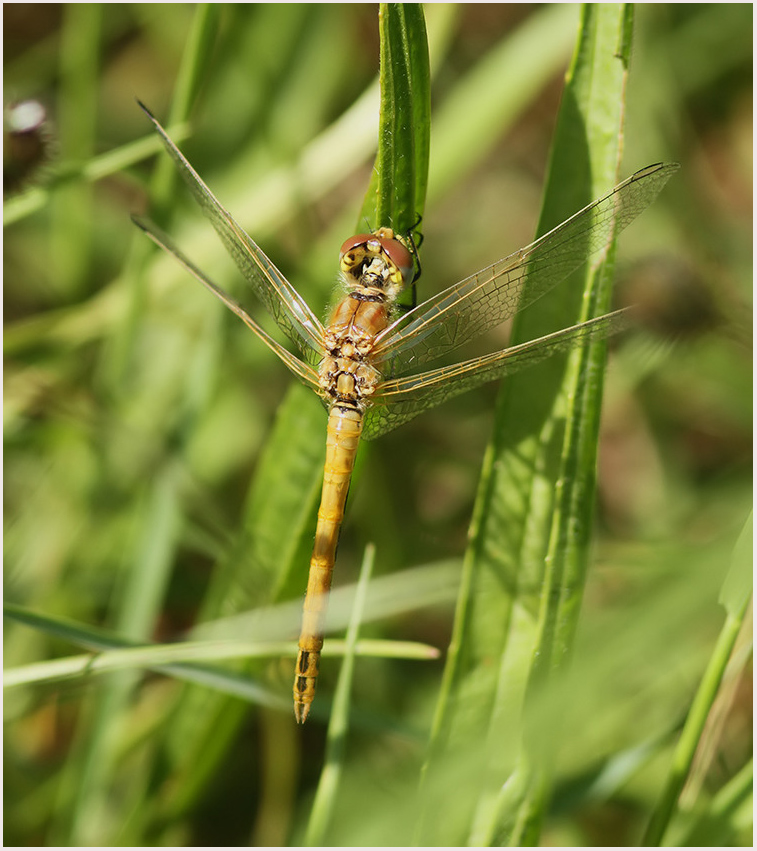 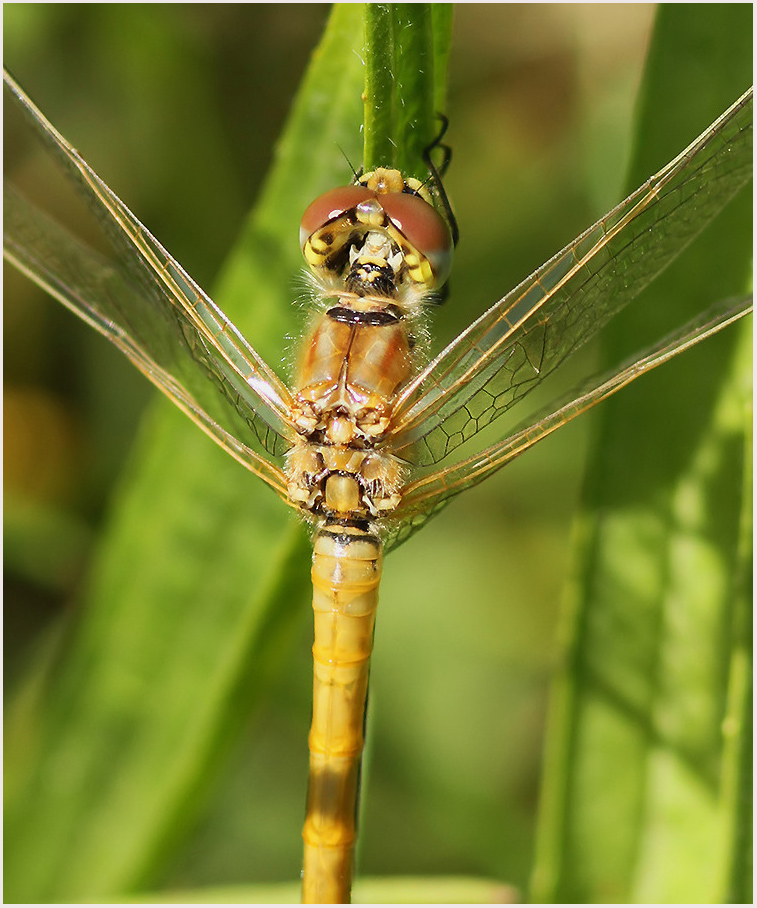 Red veined Darter (Sympetrum fonscolombii) - teneral male
A search of the nearby vegetation proved a good decision as I soon found an exuviae of this species, the first I have ever personally found. This prompted a more thorough search of the area where another 2 Red veined Darter exuviae were found. Hopefully I will be able to return again soon to see if I can find and photograph a male red veined Darter. This weekend while walking around one of the pools at Nethergong looking for exuviae, I come across a male Emperor Dragonfly which had recently emerged and was preparing for its maiden flight. I made the most of the chance and after laying on my belly at the edge of the pool, I took a few shots before the wings started to vibrate to get some warmth in them and he was off to the nearest trees where he made it to safety. 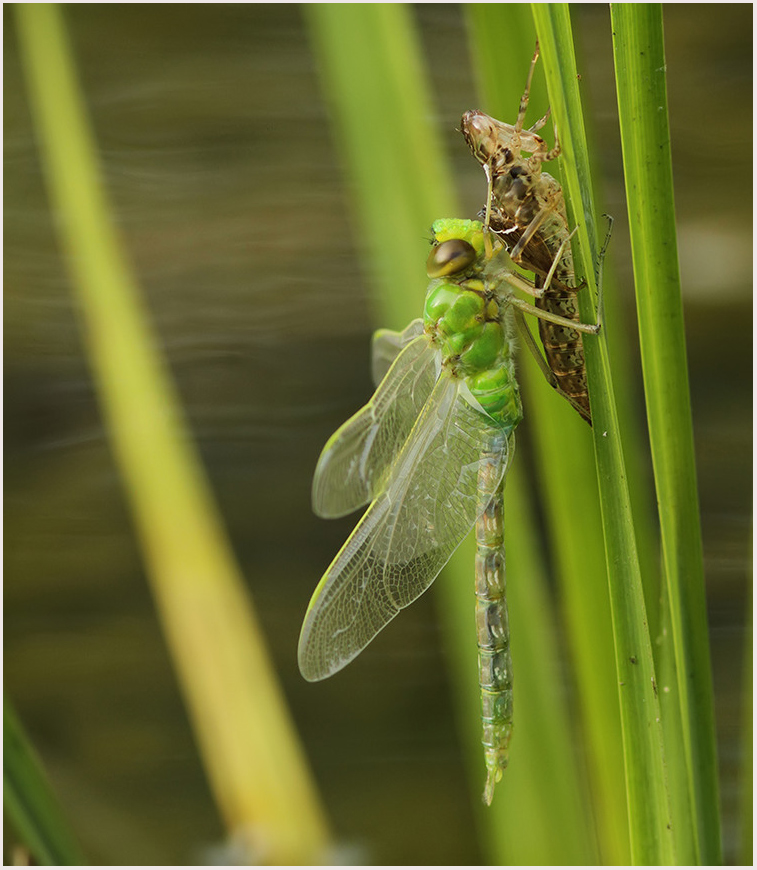 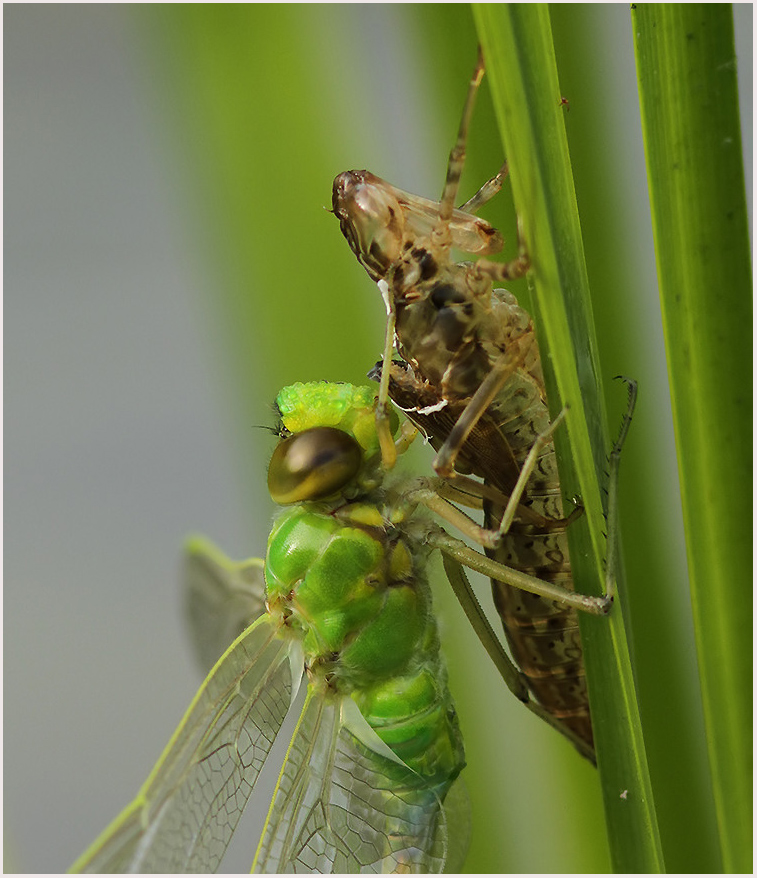 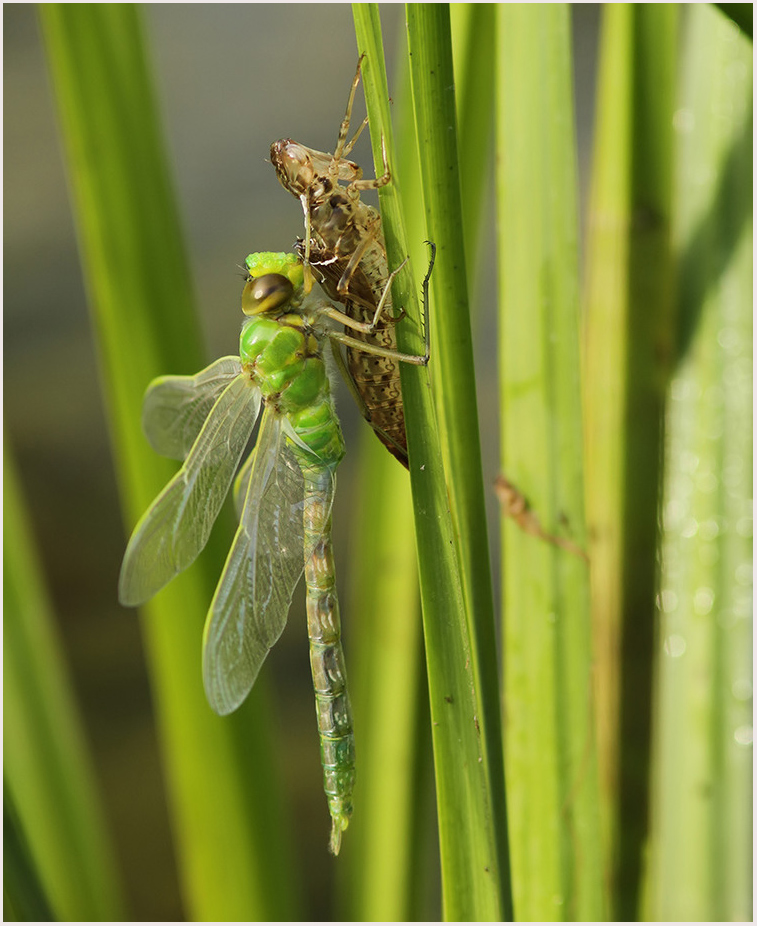 Emperor Dragonfly (Anax imperator) teneral male
A search of the pool revealed a few more Emperor Dragonfly exuviae along with a few Common Darter exuviae. Fingers crossed that a few more visits to the pool may give me the opportunity to photograph a Common Darter before its makes its first flight. With so many species on the wing now, it's hard to know where to visit and what to see but I really must make a few more visits for the Norfolk Hawkers and try for a few flight shots. Maybe the weekend will deliver me that chance.
Posted by Marc Heath at 7:27 pm