With some lovely sunshine, lighter winds and warmer temperatures yesterday, I spent a cracking few hours at Westbere Lakes and then called in briefly at Grove Ferry before going home. I have been struggling to photograph Hairy Dragonfly of late so decided to arrive around 9:45am where the plan was to search some areas before they got too active. On arrival, the weather was indeed beautiful and it was simply a pleasure to be out and about. I spent nearly an hour near the entrance where I often check where the sun get in quite early and walked slowly through the grass checking carefully as I went. A few damselflies rose up and then in front of me was a stunning male Hairy Dragonfly looking superb in the sunshine. He seemed quite settled so I was able to move into a position and fire off a few shots. 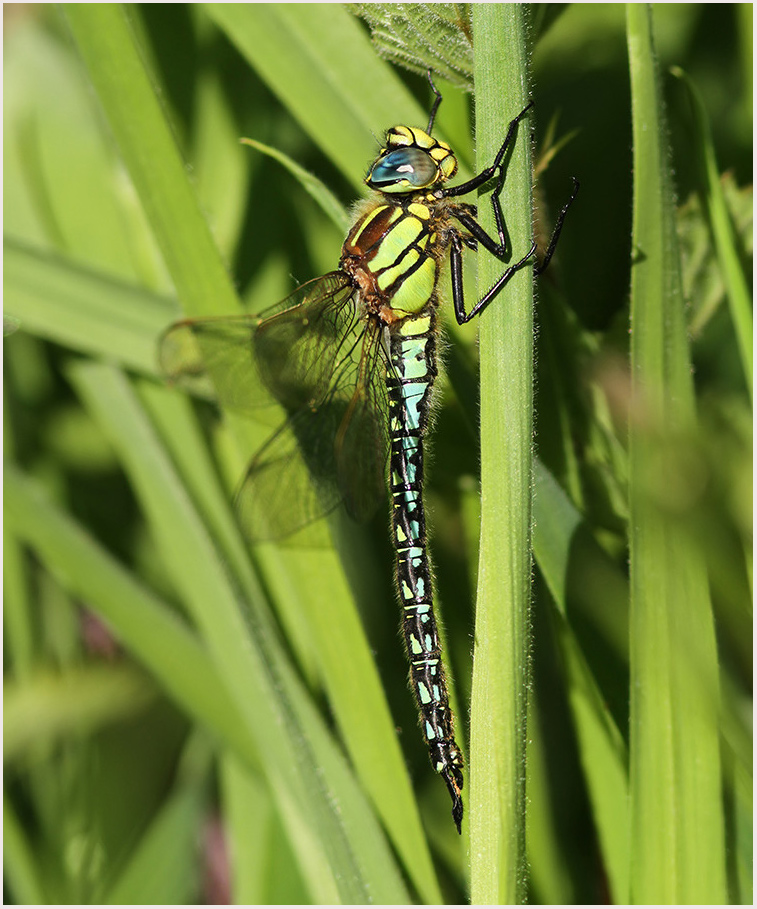 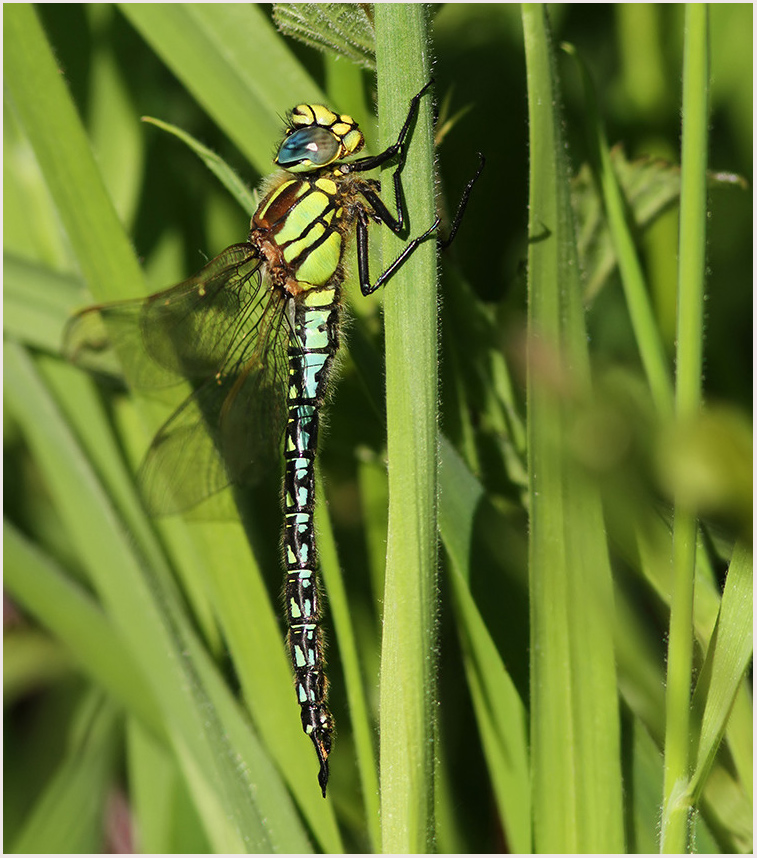 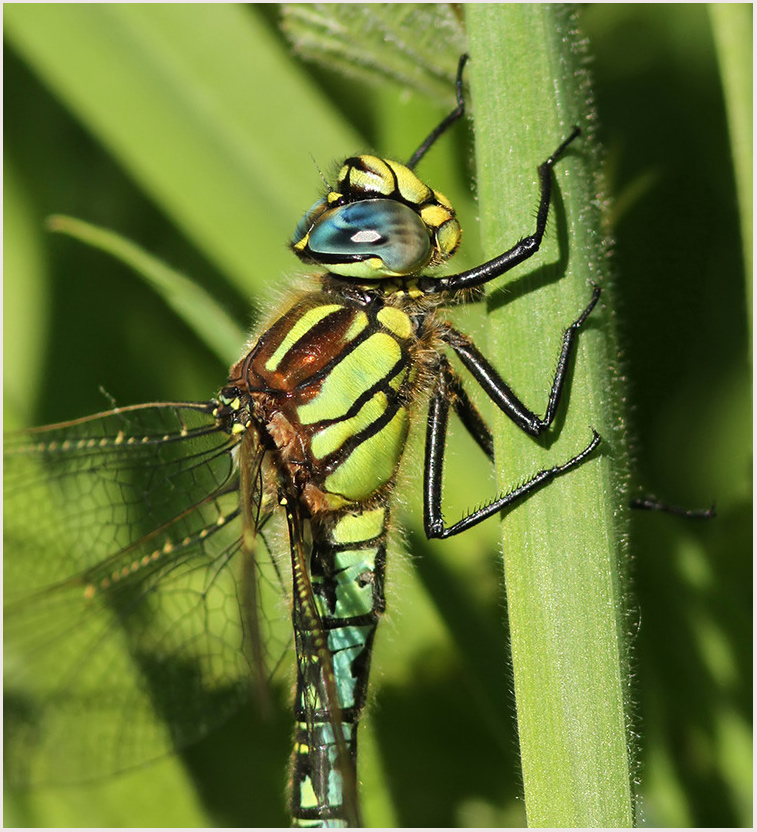 Hairy Dragonfly (Brachytron pratense) - male
I made sure I had a good study of the details before the wings started to vibrate and he was off and landed higher up. He then spent the next 30 minutes or so flying up and down the area catching insects with ease where he would then land again to feed. Although some positions were hard to obtain a photograph, I was able to take a number of photos when he perched in better areas. 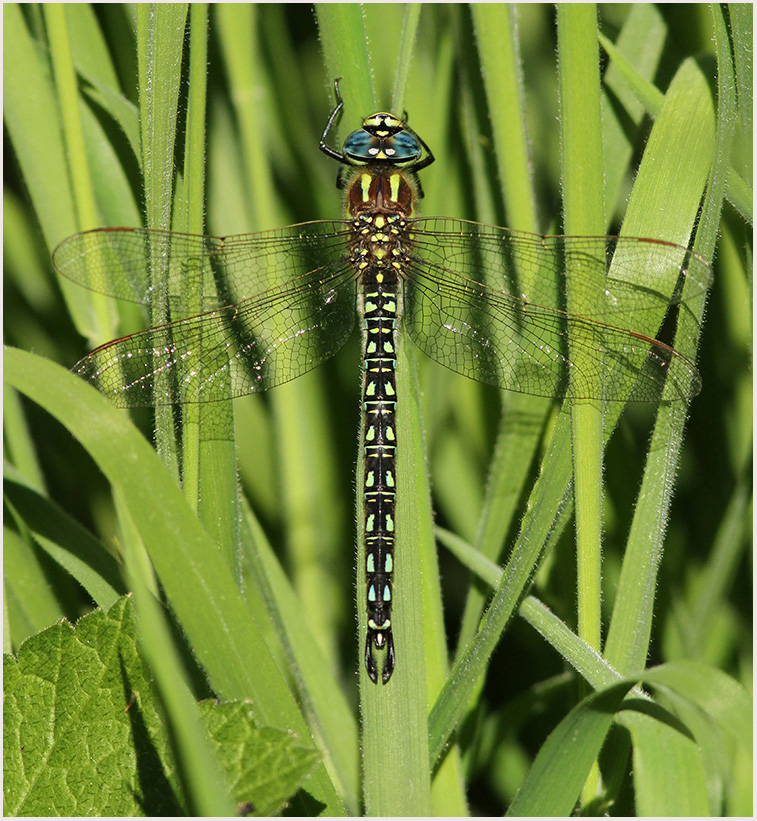 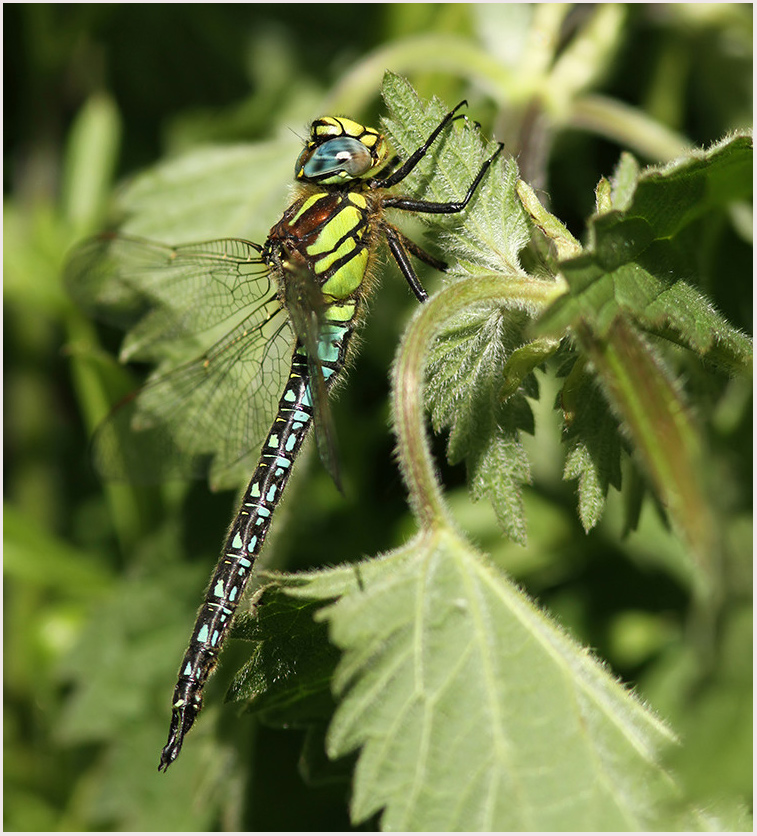 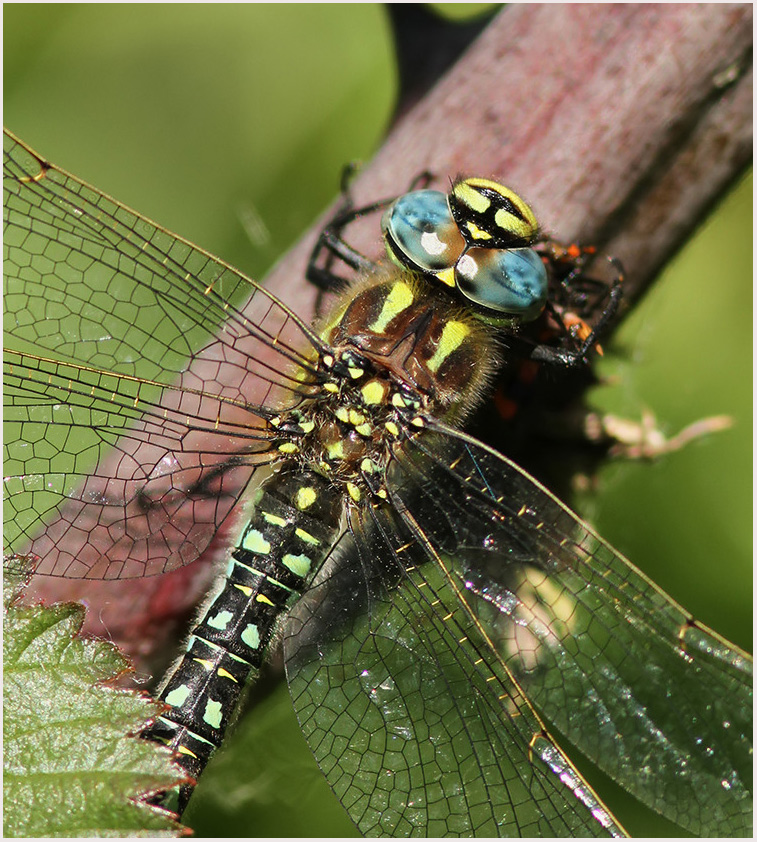 Hairy Dragonfly (Brachytron pratense) - male
After feeding well, he then moved off for the day to no doubt hunt for females. A good start to the day. I continued on where I managed to see a total of 15 Hairy Dragonfly which included a mating pair which I was able to creep up on and take a few shots before they sensed I was there. 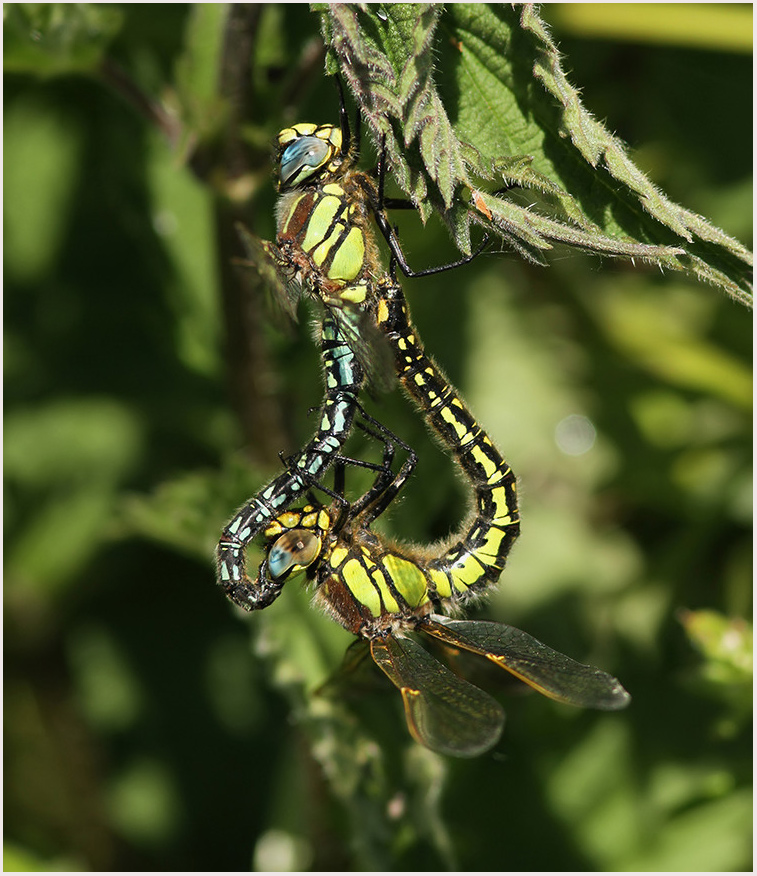 Hairy Dragonfly (Brachytron pratense) - mating pair
Walking along the river saw 14 Banded Demoiselle, 5 Scarce Chaser hiding in the nettles, 6 Large Red Damselfly and better numbers now of Variable, Azure, Blue tailed and a few Red eyed Damselfly. It was simply a day where life felt good, I had my photos and lovely views of various species. Before going home I called into Grove Ferry to see what was about and to check whether and Norfolk Hawkers were flying. I only spent an hour here but saw 3 Hairy Dragonfly, a few Variable, Azure, Blue tailed and the odd Red eyed Damselfly and a search of the reeds produced 3 Hairy Dragonfly exuviae but no Norfolk Hawker exuviae yet! The weather seems to be warming up next week so hopefully I can make a few more visits during the week to see whether I can see my first Norfolk Hawkers of the year.
Posted by Marc Heath at 9:09 am