First Scarce Chasers of the Year

With some nice sunny weather yesterday (Wednesday) afternoon, I decided around lunchtime to have a walk at Westbere again for an hour before calling in briefly at Shuart on the way home. On arrival, it was indeed nice to see the winds lighter and the sun shining. I walked up to the river and back and managed to see 6 Hairy Dragonfly although none decided to pose for a photograph, a few Variable, Azure, Blue tailed Damselfly but still not in numbers at the moment. It was pleasing to see a few more Large Red Damselfly and 4 Banded Demoiselle were seen along the river. Hopefully my lens will get a chance in the next few weeks to capture the superb colours on this species. The highlight was when I  noticed a teneral male Scarce Chaser that had probably just made its maiden flight from the reeds to the bushes. I was able to grab a few shots before he flew even deeper into cover and out of sight. 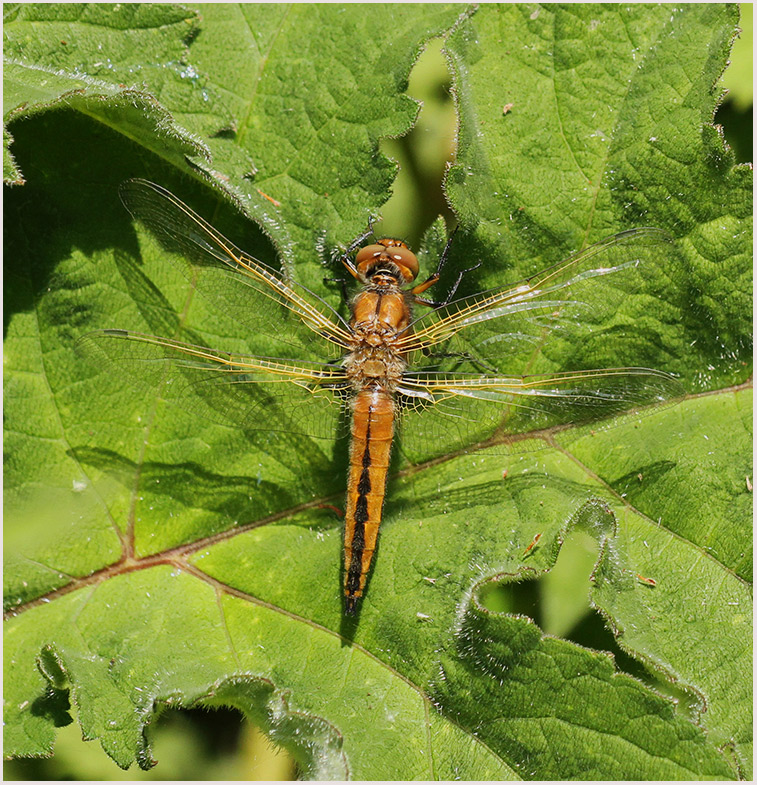 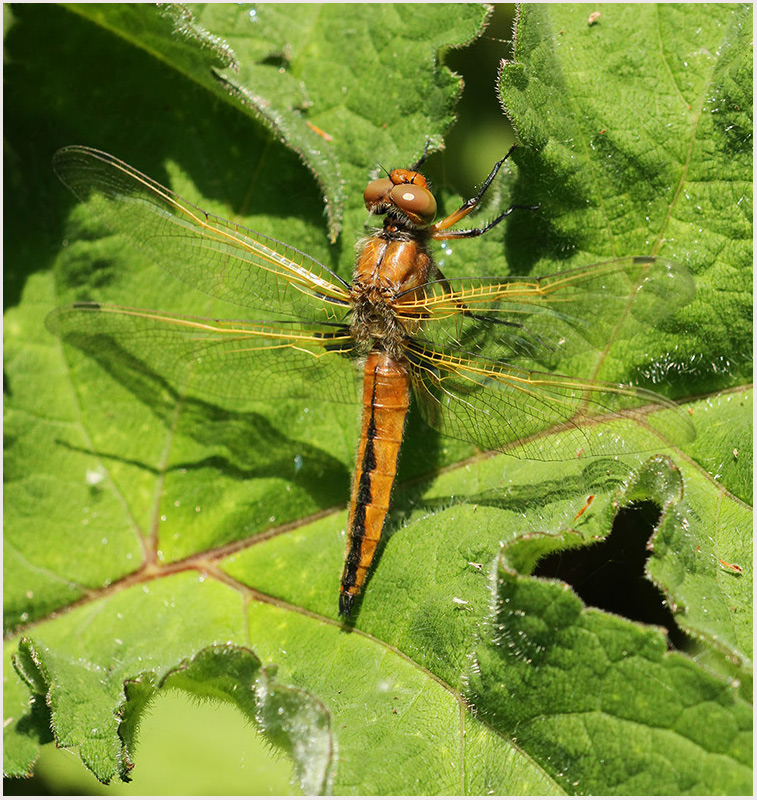 Scarce Chaser (Libellula fulva) immature male
On the way home I called in briefly at Shuart where I found 5 Hairy Dragonfly and I managed a dodgy shot of a male as it rested in the long grasses. 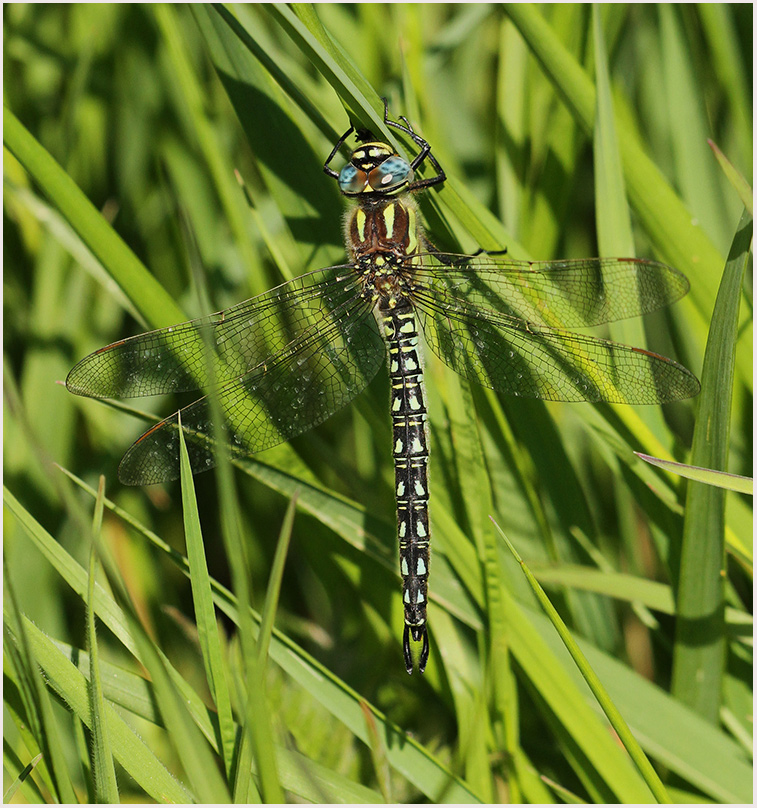 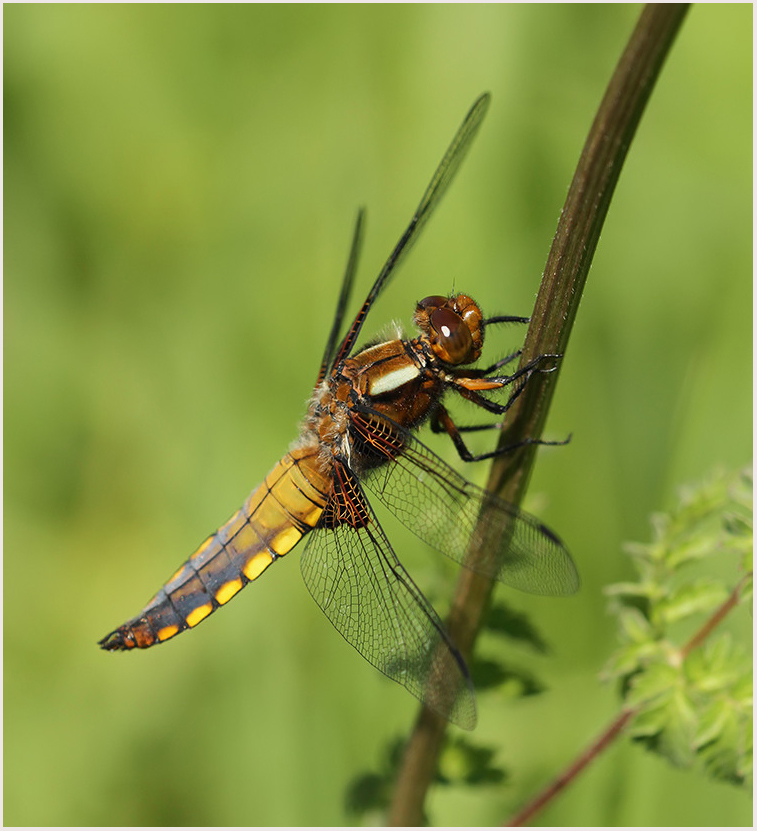 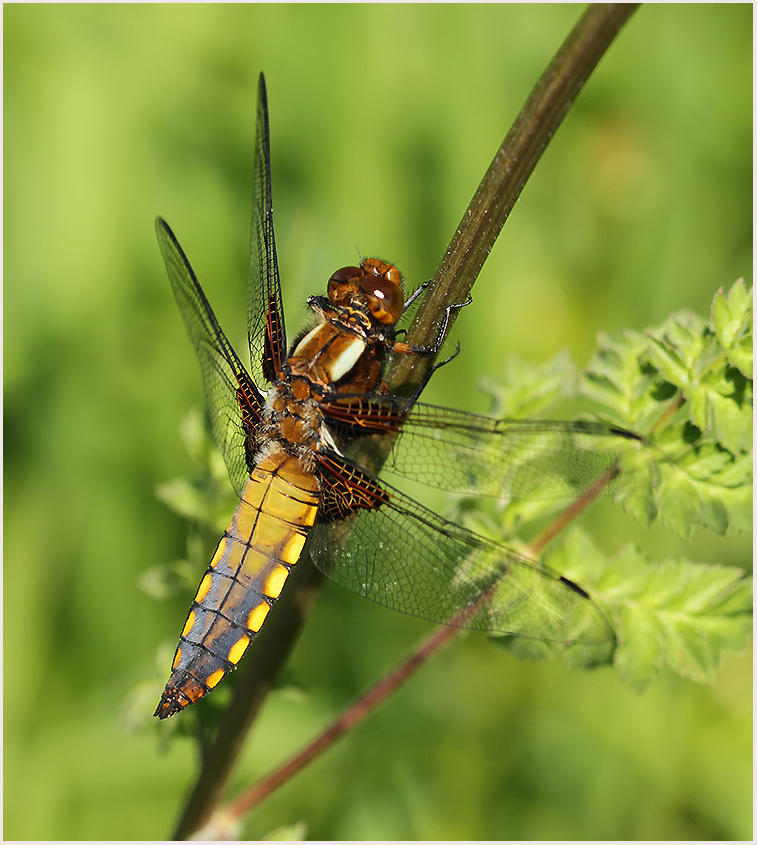