With all the family at home self isolating, we have found ourselves this past week in the garden most days but thankfully, the weather has been kind enough to all to get their much needed fresh air. This has most definitely allowed us to appreciate the garden and with plenty of time on our hands, we decided to make some changes and make it more wildlife friendly. I have enjoyed watching the Bees and am slowly learning to identify them and a few butterflies including 2 Peacock and 1 Comma have been around daily to lift the spirits. With the dragonfly and damselfly season almost here, I have been spending time at the pond watching the various wildlife go about their life. I have seen a few Large Red Damselfly nymphs in the past week in the shallows and this prompted me to plant up a few pots up with emergent stems in the hope I could photograph an emergence. With news of the first Large Red Damselfly emerging a few days ago in Hampshire, I hoped it wouldn't be long until I had my first. It seems with milder winters nowadays is in time having an effect on some species emerging and some are emerging earlier year on year. With a sunny day again today, I wandered out to the pond this morning for a check and was surprised to see a Large Red Damselfly had just emerged on one of my potted up stems. I rushed indoors to get the camera and then settled down at the pond to capture my first shots of the year. The pond is situated in a sunny sheltered area of the garden and despite a northerly wind, I was quite sheltered here but to be sure, set up a quick wind break to protect me and also to make photographs a bit easier. Although I had missed the main emergence, I was able to rattle off a number of photos as she pumped up her wings. It felt so satisfying again to be watching this miracle in front of my eyes and again, a real privilege. The winter which seemed to have been an age was all forgotten as I watched in awe at my first sighting of the year. With most of us spending more time than ever at home and in the garden of late, I am thankful that in my pond I have a few other species which hopefully I can get to photograph when they emerge. It may be a while till we are all allowed out again so in the mean time, this will hopefully be some kind of compensation. 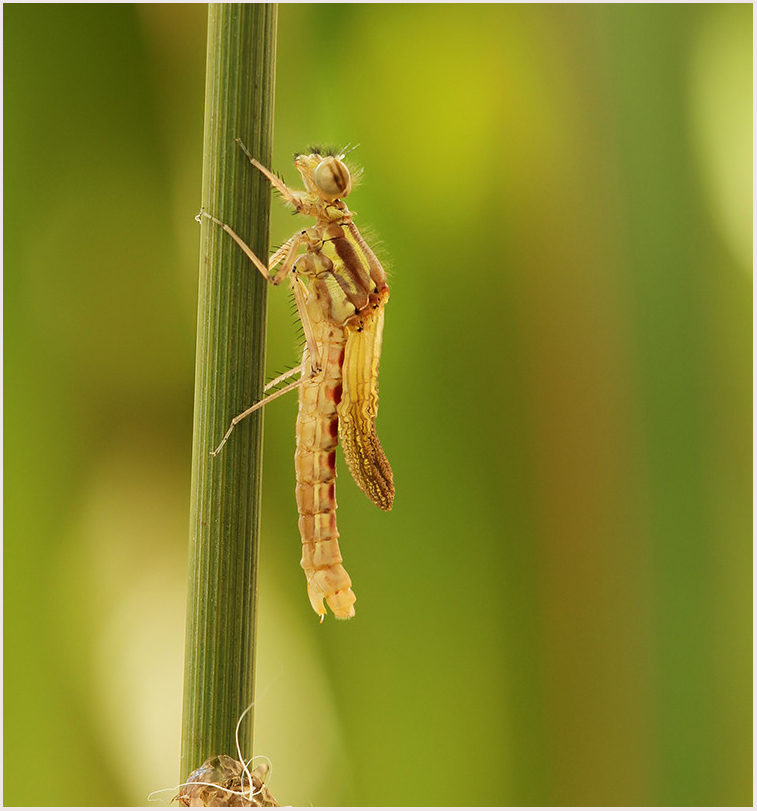 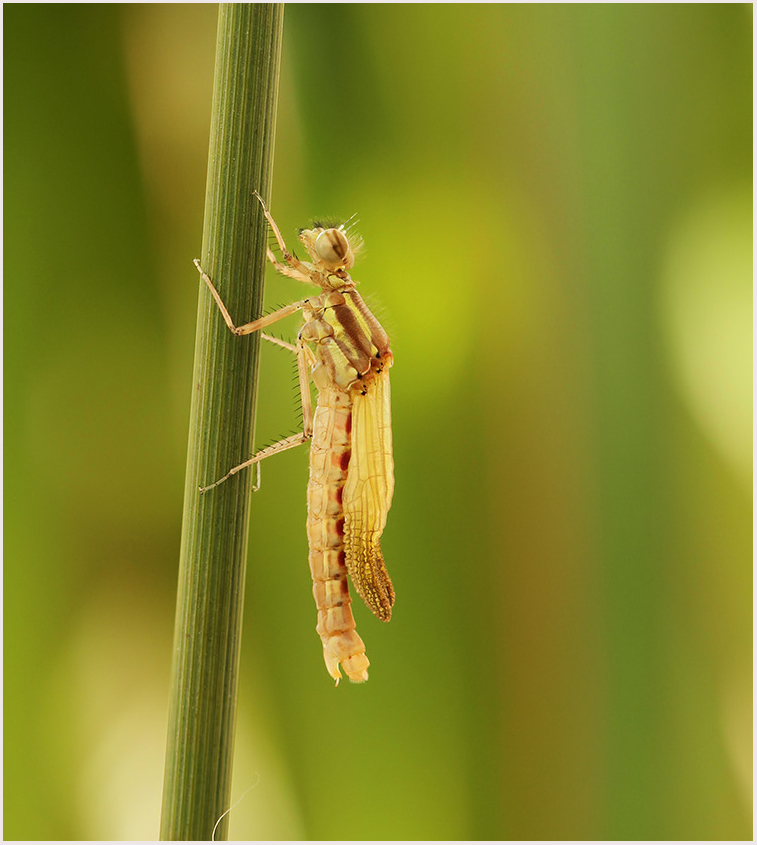 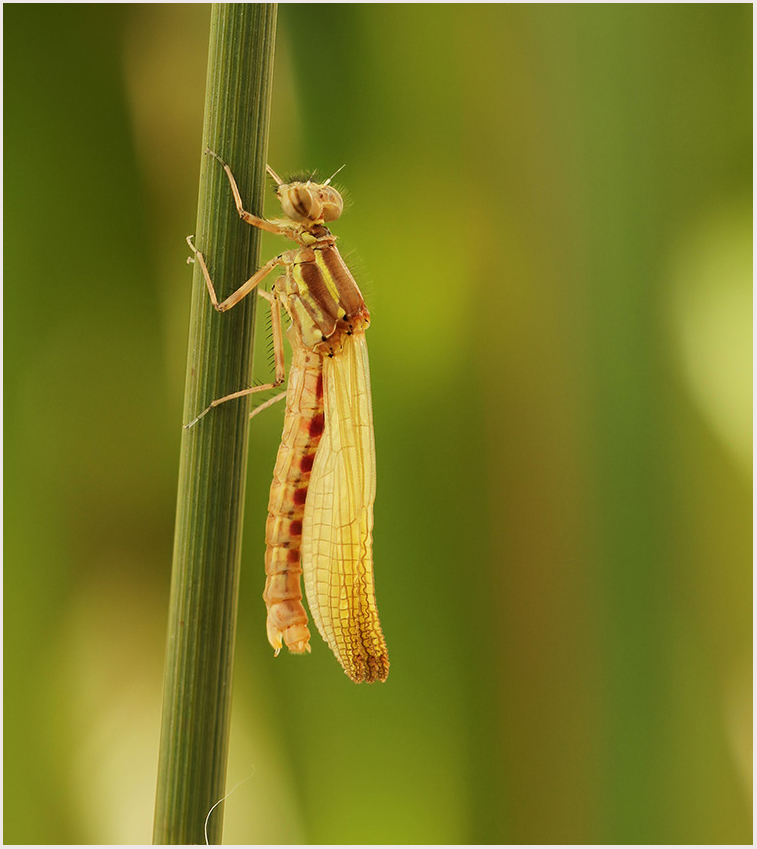 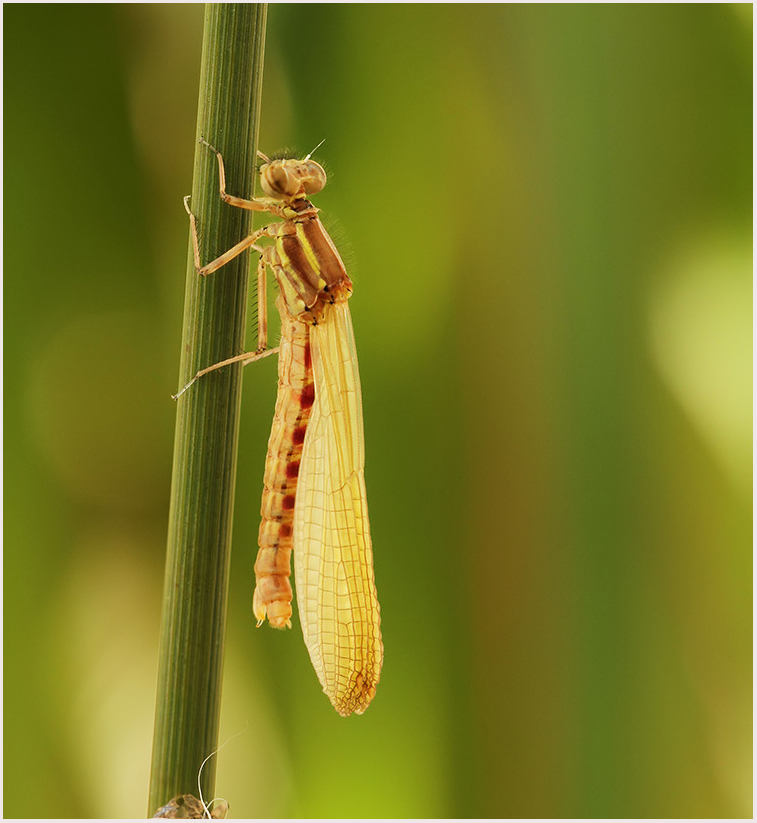 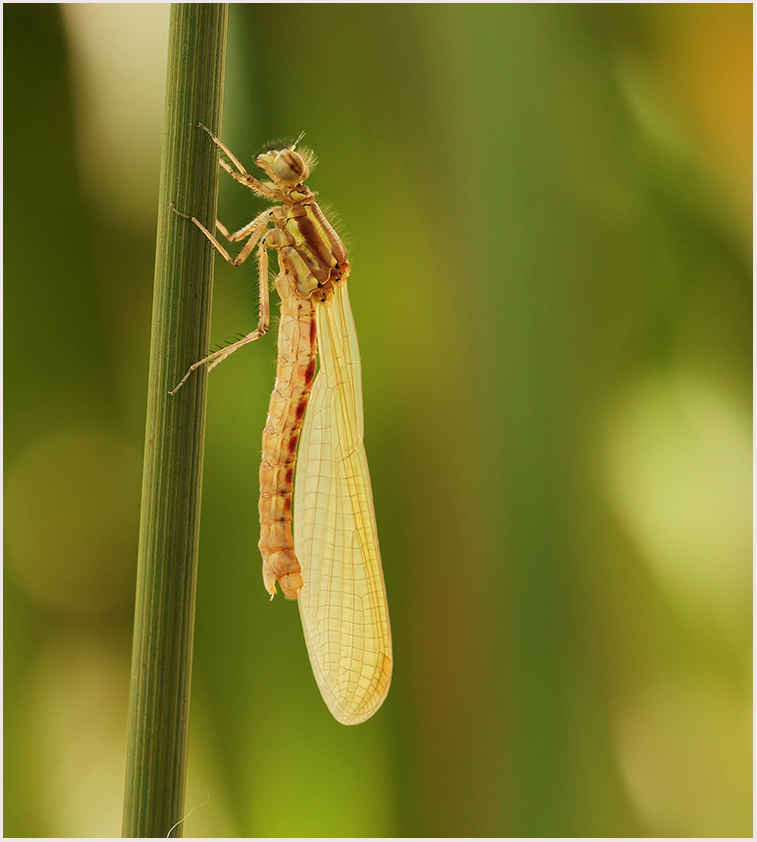 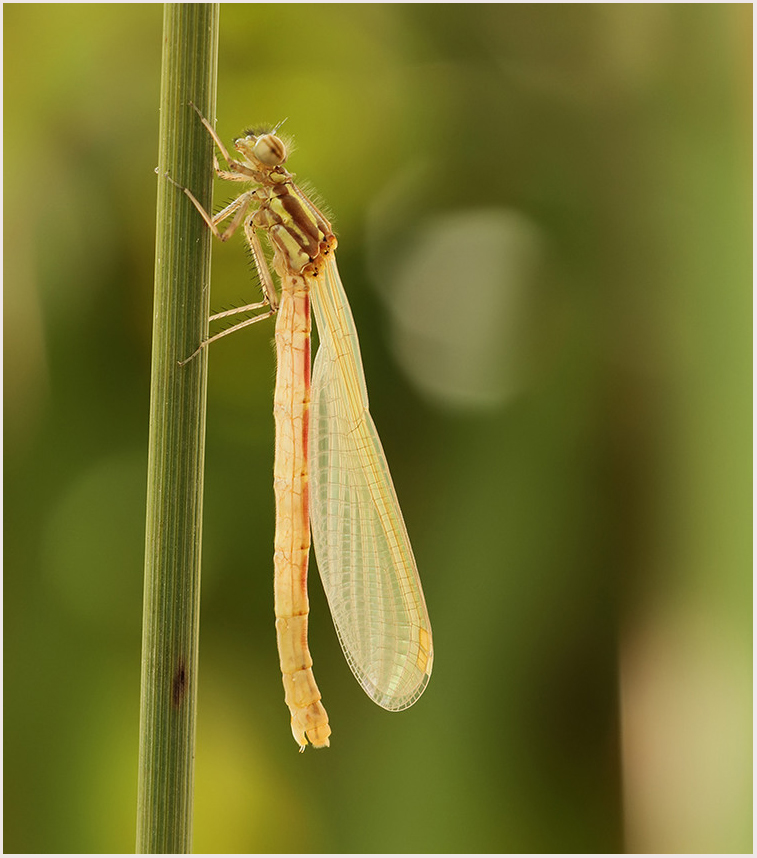 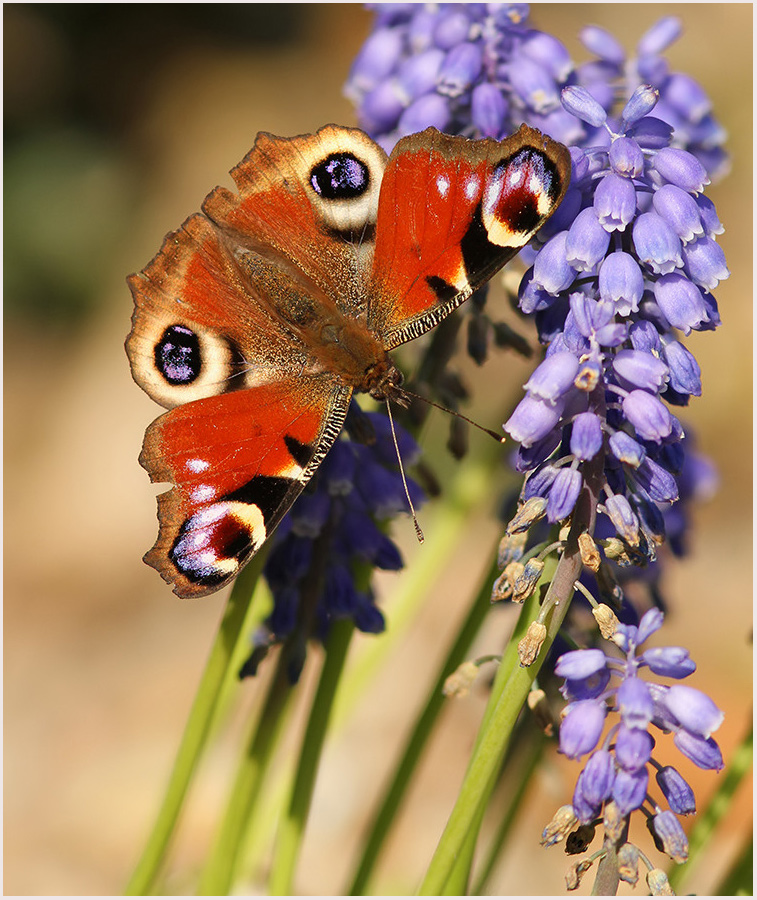 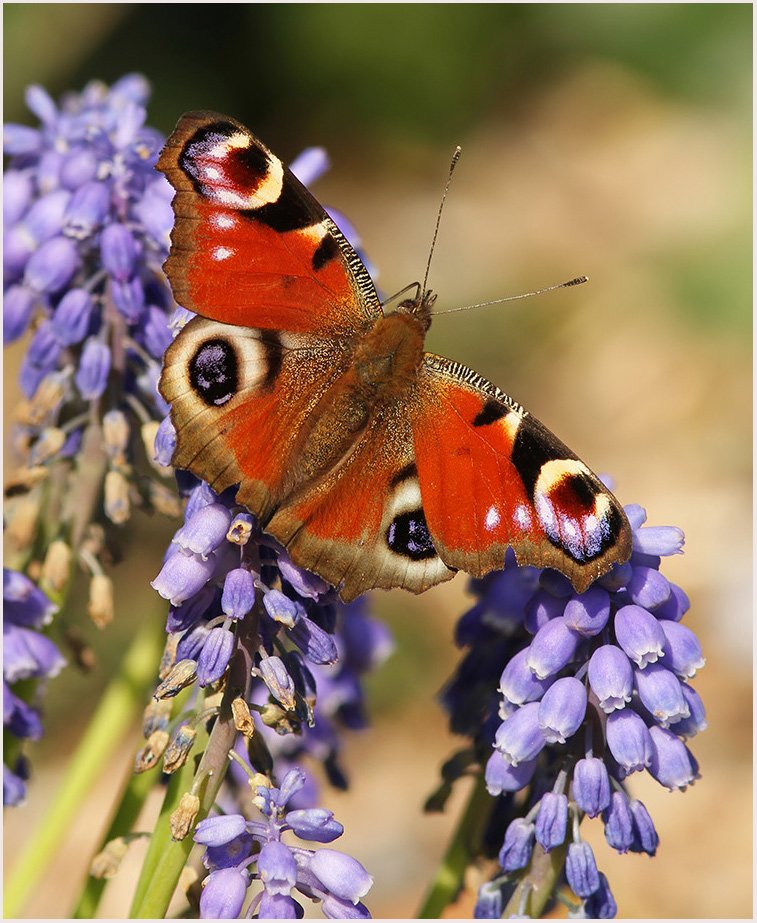