Mid July heralds the beginning of the Willow Emerald Damselfly season at Nethergong and a time I always look forward to every year. A few visits over the past weekends to survey the stream with a net provided good numbers of fully grown Willow Emerald Damselfly nymphs along with lesser numbers of Emerald Damselfly nymphs. I was hopeful that a visit after work this week would produce the first adults flying and this proved to be the case yesterday when I made a visit to Nethergong at 4pm in sunny, warm conditions where I found 6 Willow Emerald Damselflies making their maiden flights from the vegetation at the stream. It's always exciting seeing the first ones of the year and some time was spent observing their fresh markings before the camera got the better of me and I spent some time photographing a few individuals before they flew off into the cover of the nearby trees. No doubt in the next few weeks that good numbers will be emerging and I hope this site once again proves to be one of the best sites in the country to see this species. Other dragonflies noted included 1 Brown Hawker, 4 Emperor Dragonfly, 1 Four spotted Chaser, 1 Black tailed Skimmer, 16 Emerald Damselfly and good numbers of Blue tailed Damselfly and Azure Damselfly. With less than a week to go until the summer holidays arrive, I'm hopeful of a few visits to monitor the Willow Emerald Damselflies in the next month and hopefully a visit to Oare Marshes for the Southern Migrant Hawkers which seem to be slowly building in number. 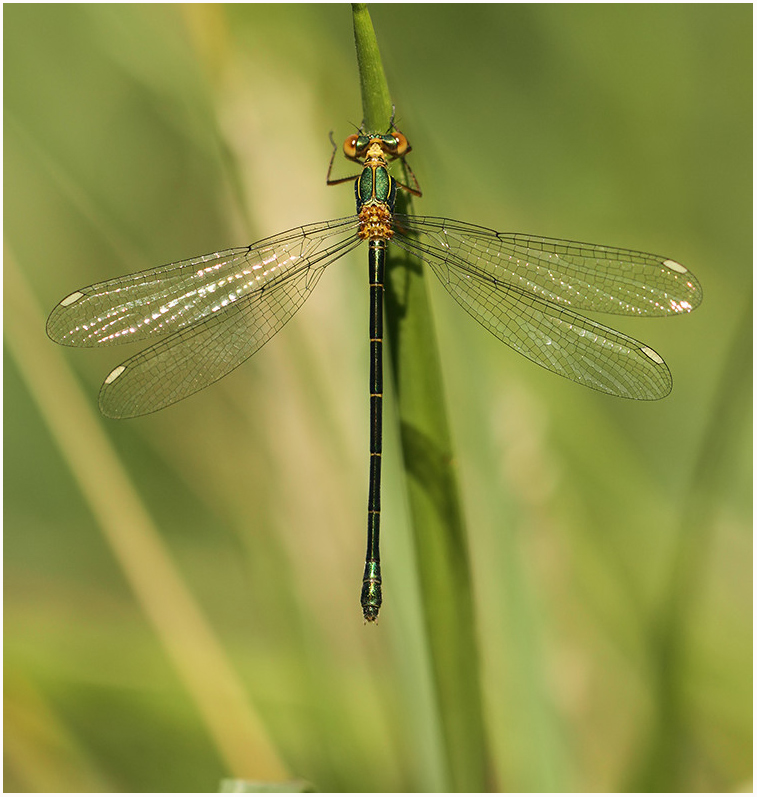 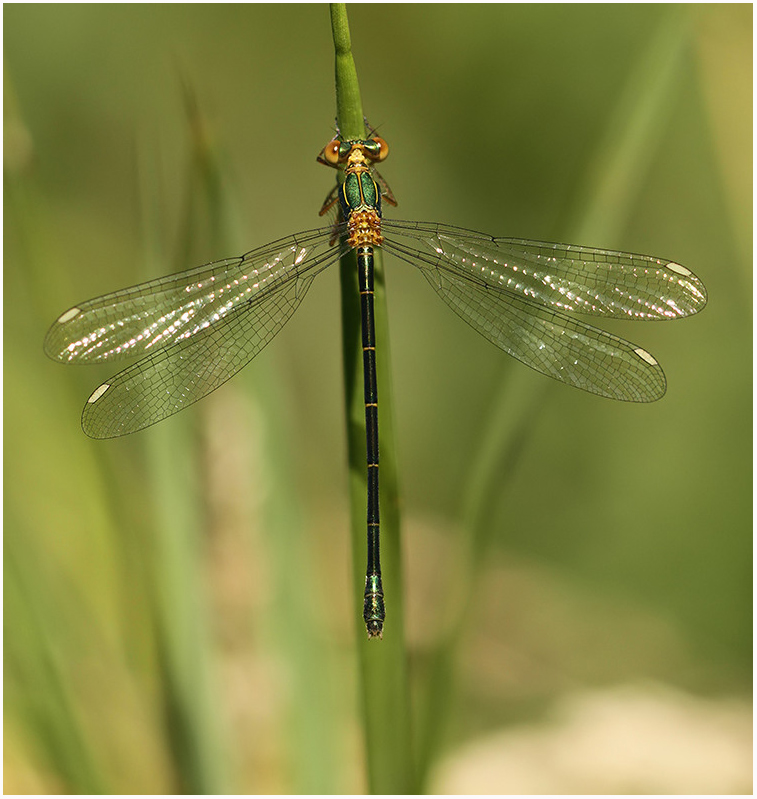 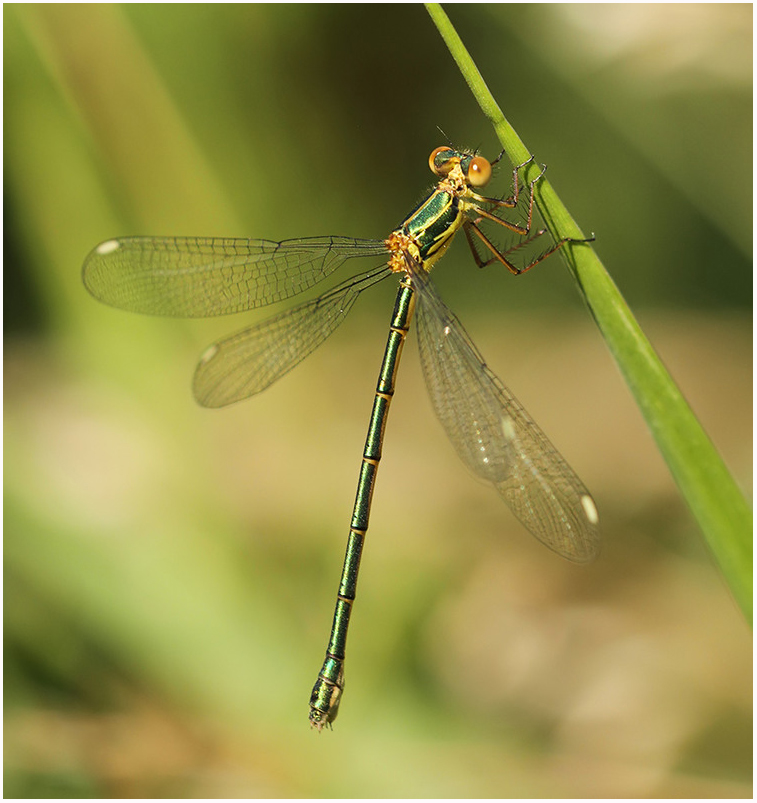 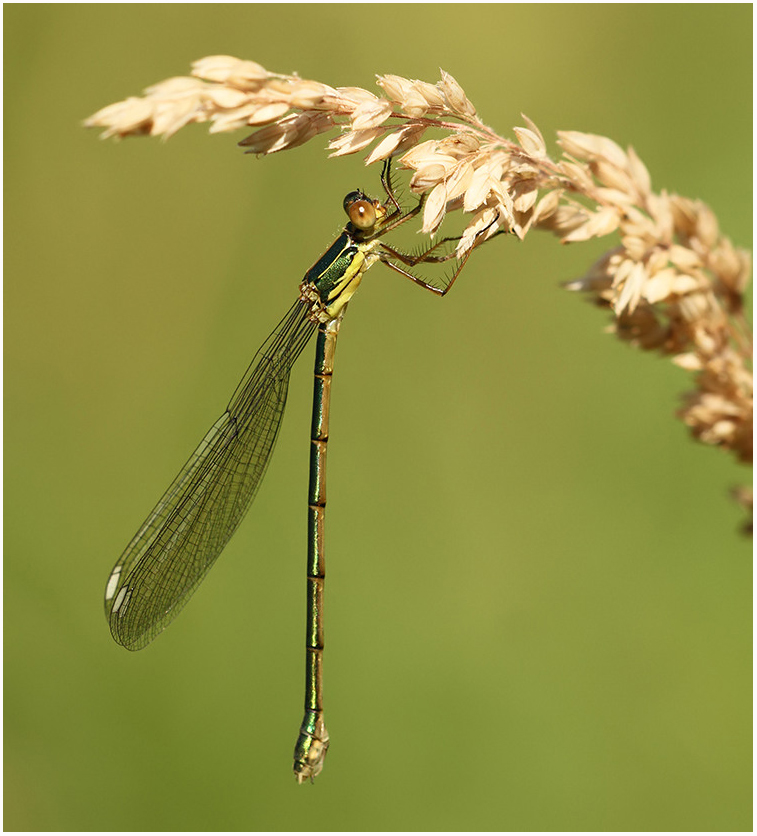 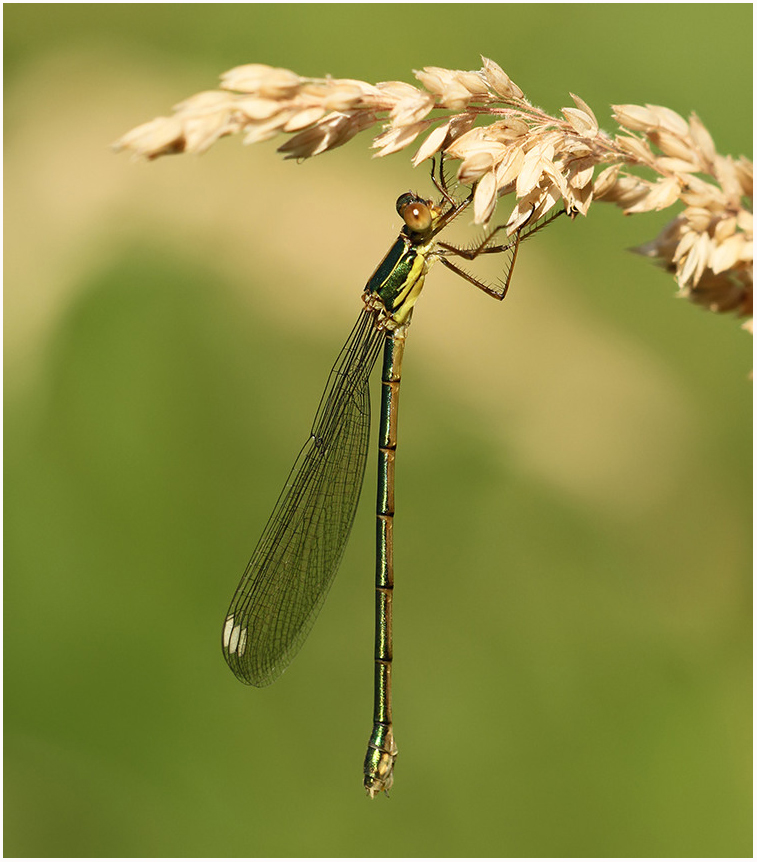 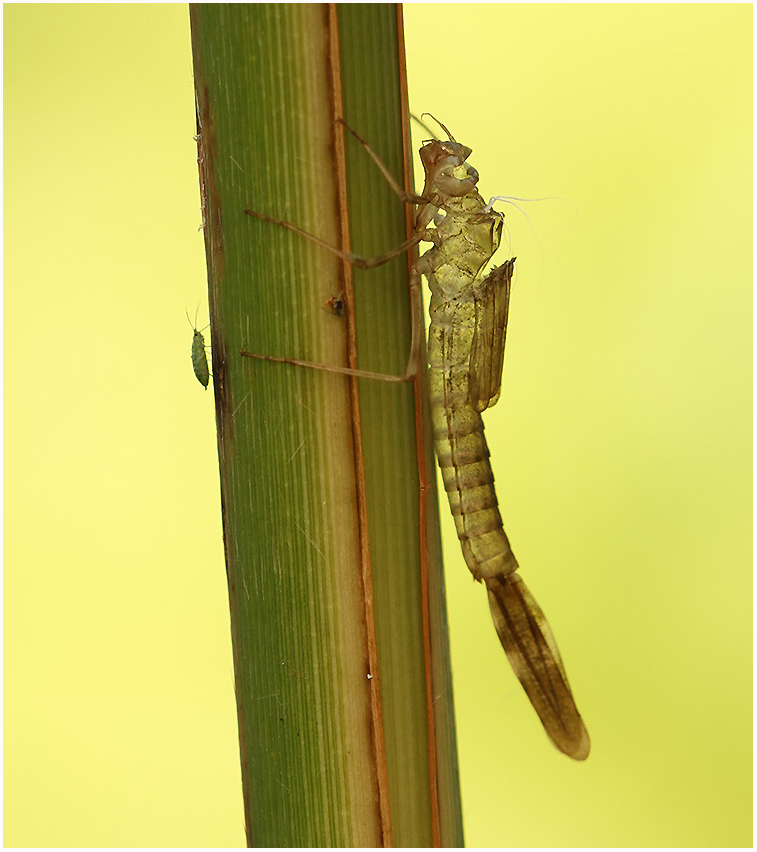