Having collected both Brilliant Emerald and Downy Emerald exuviae this year which do look somewhat similar, I have recently photographed them separately to aid others in the identification of both species but thought it would be a good idea to make some plates of both species together to show some of the key features of the species. Until this year when personally, I was still learning the features of both species for the first time, I soon found out that there are some quite obvious features to look out for and once I had got my eye in, I was then able to quite easily distinguish both species quite easily. I suppose the key features on the Brilliant Emerald exuviae are the prominent dorsal spine on S9 and dark spots on the abdomen whereas the Downy Emerald exuviae can be identified by the small or absent dorsal spine on S9 and the two dark stripes on the side of the thorax. I'm sure throughout the winter period that I will spend some more time studying and photographing exuviae but I hope enthusiasts find the plates of these two species of use to them in the near future. 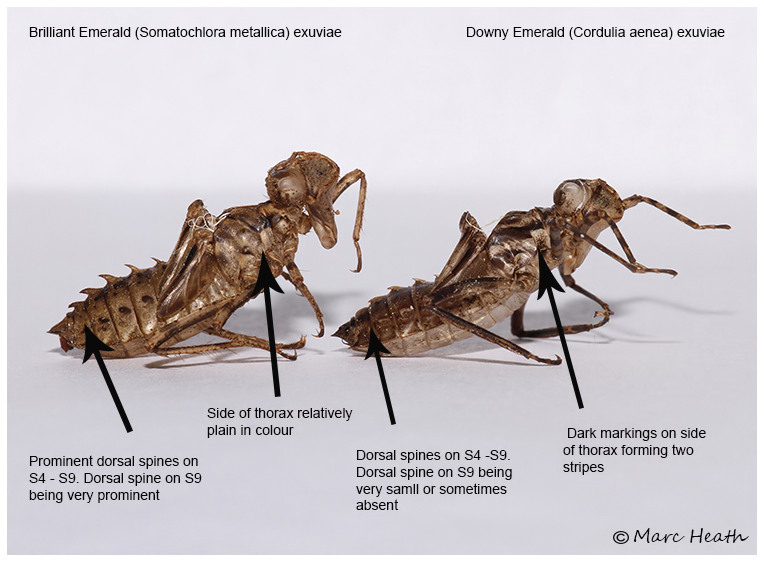 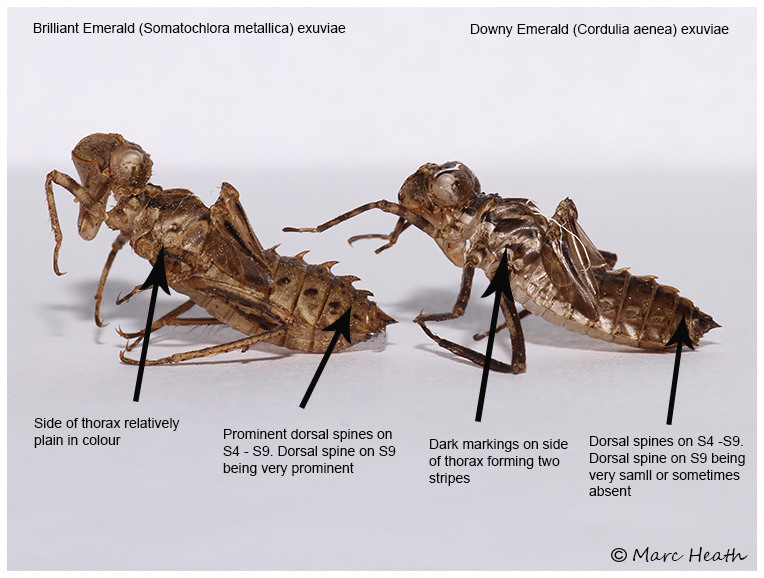 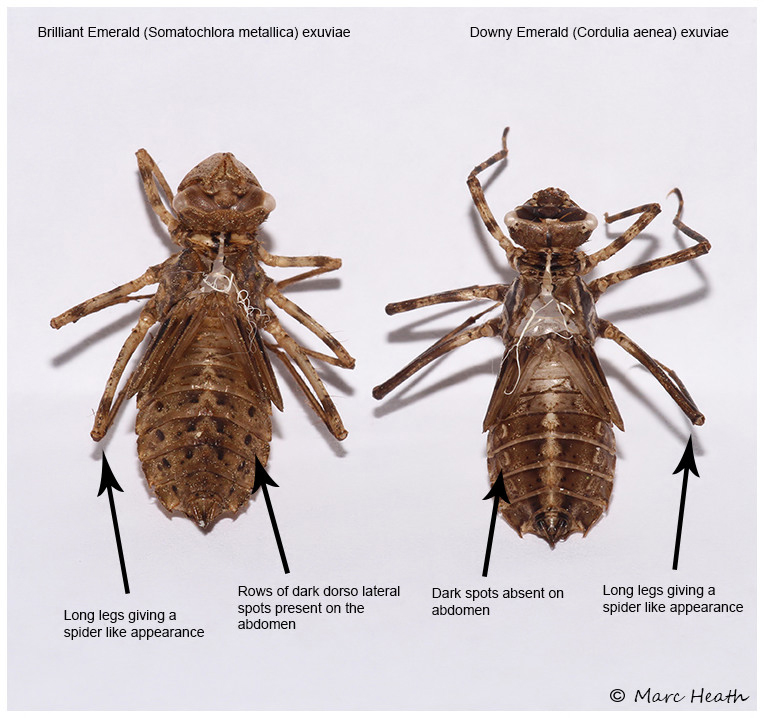 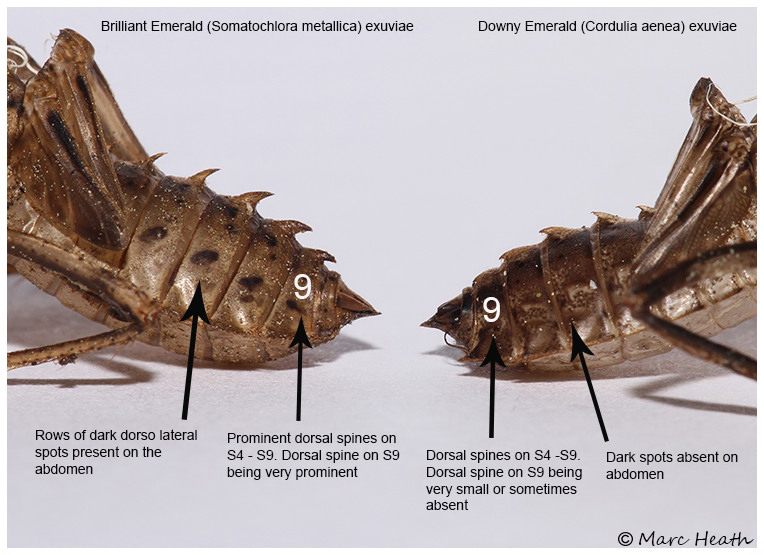