I have just returned from a thoroughly enjoyable family holiday in Cornwall where we stayed near Bodmin for the week and enjoyed many family activities. My highlight probably being the Sealife Safari where we saw up to 60 Common Dolphins alongside the boat giving superb views. Having spoke to the county dragonfly recorder for Cornwall, David Cooper a few weeks ago, I wanted to try to find a few locations for the Common Hawker. This is a dragonfly that does not occur in Kent at all and my only encounters so far have been at Thursley Common in Surrey. I photographed a female ovipositing a few years back (my only photo of this species to date) and had brief views of a male two years ago. David kindly gave me a few sites to look at and I opted for a nearby site to where I was staying, Breney Common. I was advised that this site was quite hard to find and so it turned out to be as we drove down tiny country lanes until we arrived at the site. We spent a couple of hours having a walk around and I then returned whilst the rest of the family chilled out at the car and had a drink. I managed to find 5 Common Hawker including 1 female which was seen ovipositing on the far side of the pool and despite the distance, I took a few record shots. 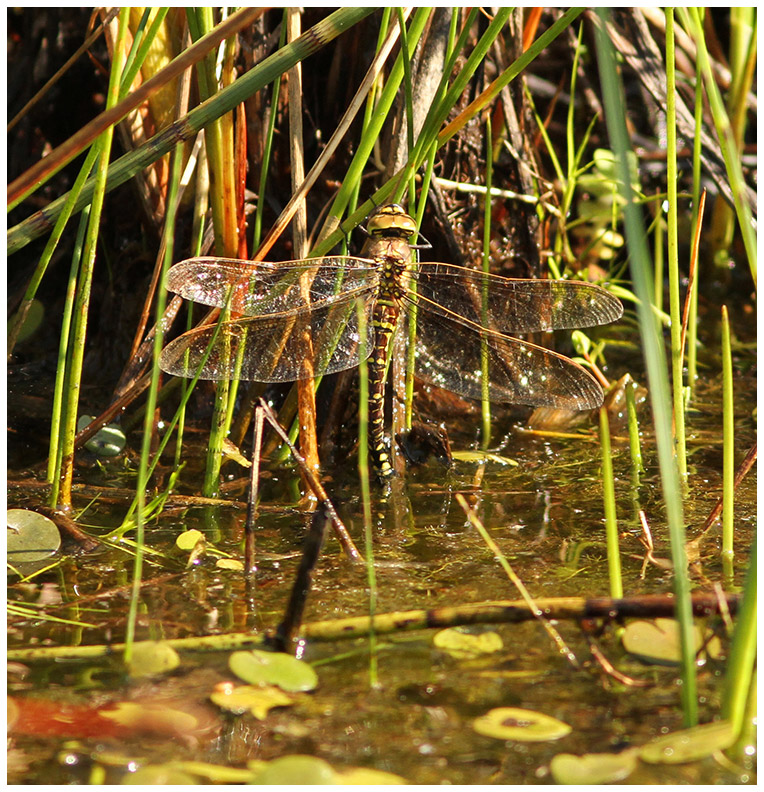 Common Hawker (Aeshna juncea) - female ovipositing
There were a couple of males patrolling the pool which at last gave me a chance to be able to study this species through the binoculars and look at the key identification features. They were quite territorial and chased everything that came into their area before returning again to await a female. I did try briefly for a few flight photos but soon gave up and continued to wander to other areas. I soon encountered another male which I think I disturbed and for a while, he flew around before finally landing. I was able to then get my first real decent views of this species perched before I slowly moved in with the camera. Most of the literature I had read suggested that this species is very wary so with this in mind, I moved very slowly and took a few shots every few steps. 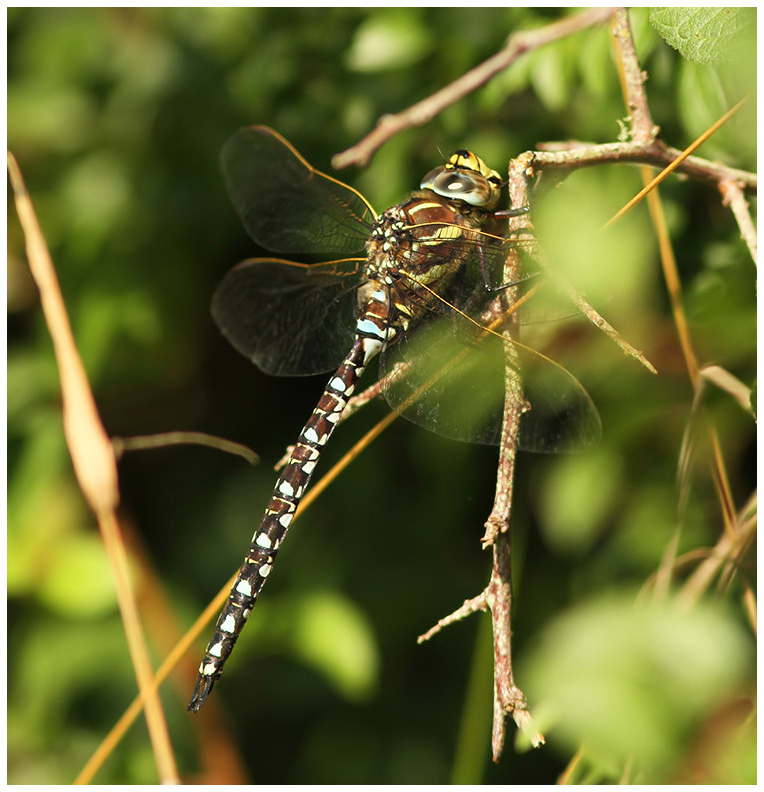 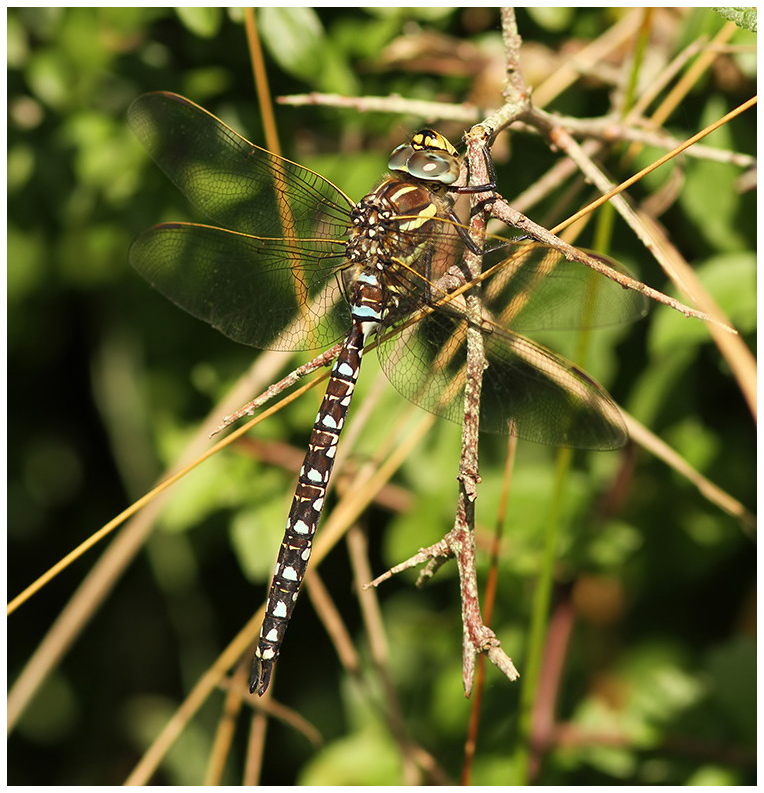 Common Hawker (Aeshna juncea) - male
Eventually, I was at a good distance and despite the clutter and busy background which on this occasion, I couldn't have cared about, I was then able to take a number of pleasing efforts with the camera of my first male Common Hawker. 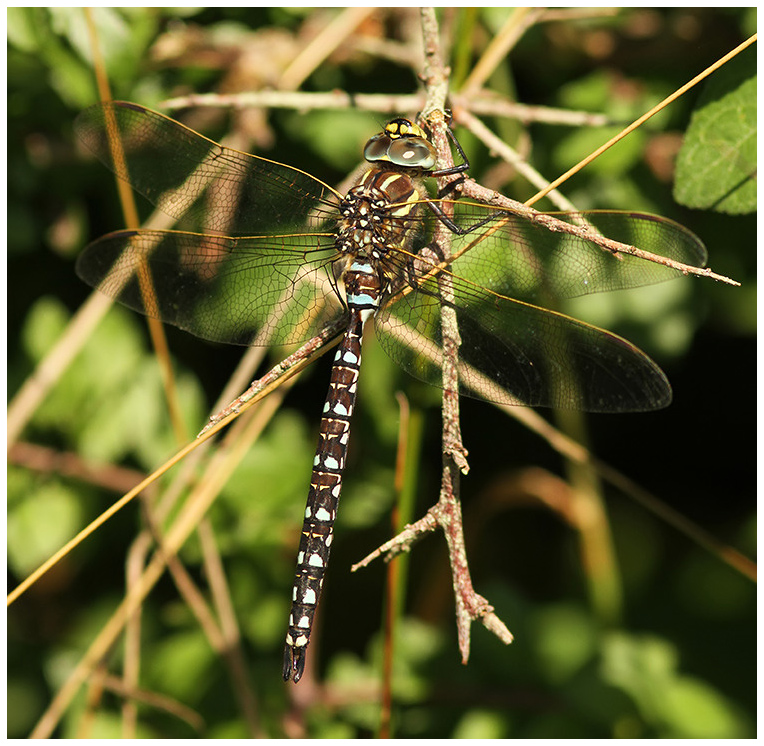 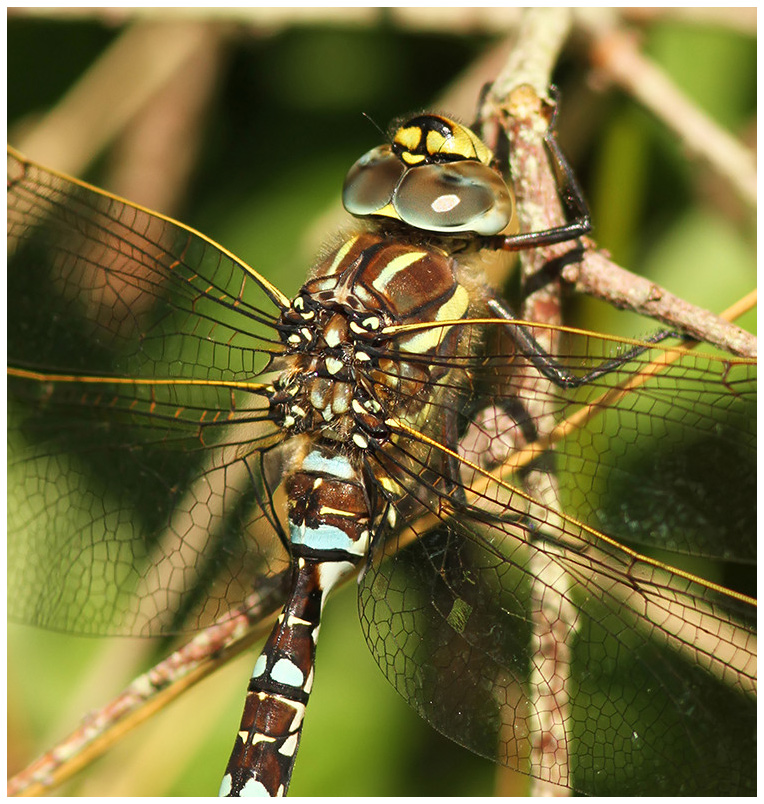 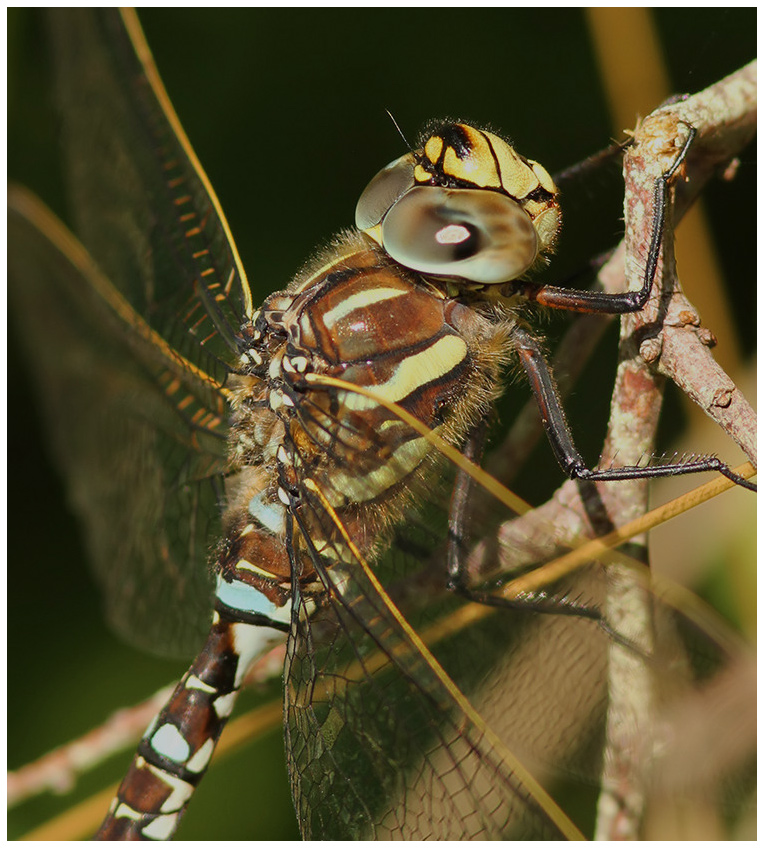 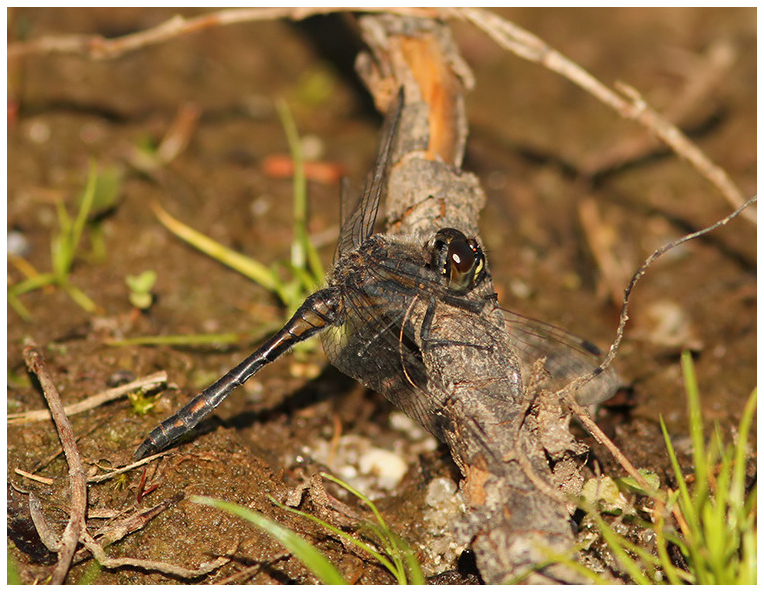 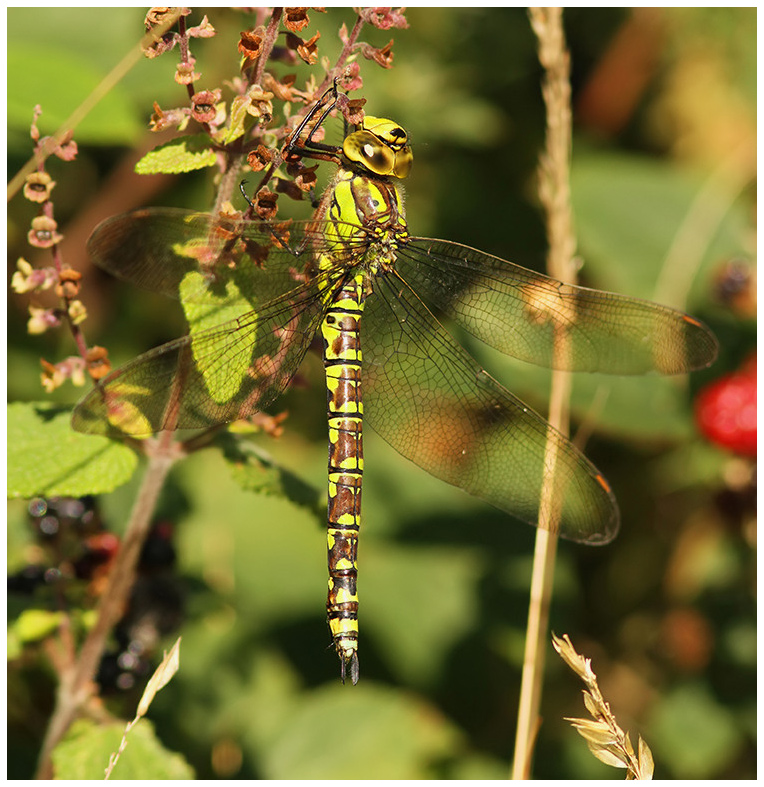