With some nice sunshine forecast for this afternoon although a little breezy, I spent three and a half hours at Nethergong and Grove Ferry where a good range of species were on the wing. At Nethergong 1 noted 2 Norfolk Hawker, one patrolling up and down the ditch whilst the other was in flight over the meadow. I tried to get a few images but they were always too far away. I'm sure I will hopefully get plenty more chances. Other bits seen here included 4 Broad bodied Chaser, c10 Hairy Dragonfly and plenty of Azure and Blue tailed Damselfly in tandem and ovipositing. I then moved on to Grove Ferry where I spent an hour or so at a ditch where I photographed Norfolk Hawkers emerging a few weeks ago. I was treated to at least 7 Norfolk Hawker including 1 mating pair and although photographic opportunities where not that easy today, I managed a few perched shots and spent some time trying for a flight shot. 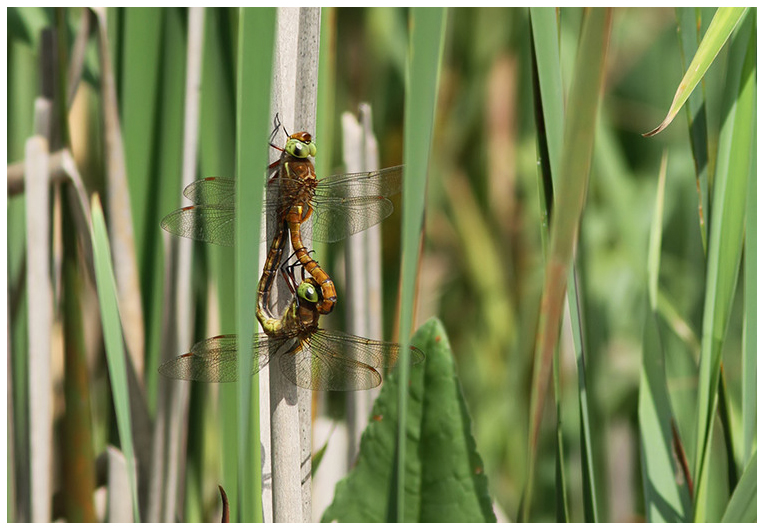 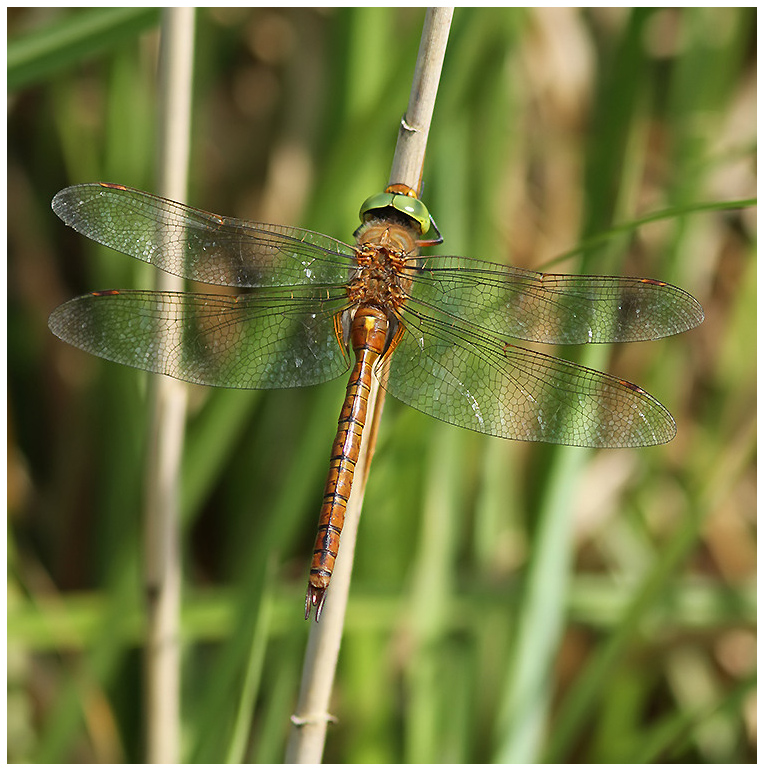 Norfolk Hawker (Aeshna isoceles) - male
With the breeze working against me, most efforts were deleted and they really didn't pause to hover for much length of time. I'm sure as the season progresses, they will spend more time hovering on territory and I can spend countless hours trying to capture some pleasing flights shots, a challenge I look forward to every year. 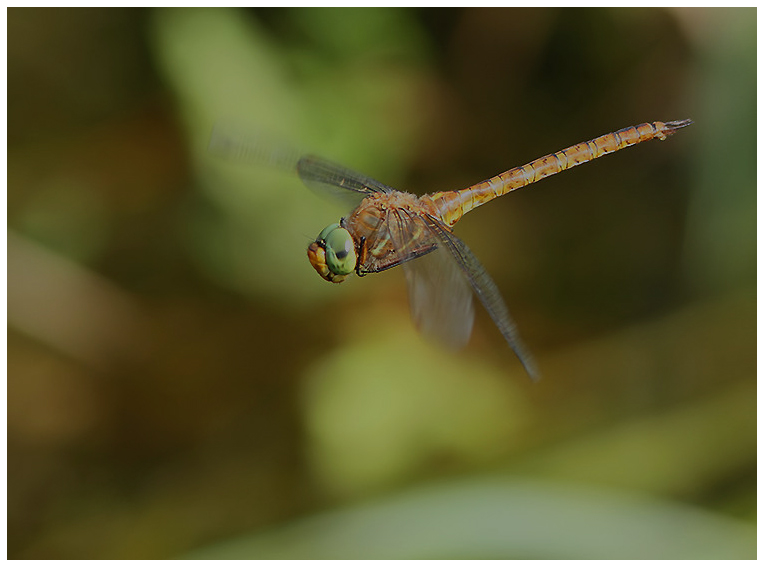 Norfolk Hawker (Aeshna isoceles) - male in flight
Also in the same ditch were 2 Four spotted Chaser, c20 Hairy Dragonfly constantly flying up and down and hundreds of ovipositing Azure, Variable and Blue tailed Damselfly. After seeing this ditch in quiet times, its certainly a pleasure to see it full of life again with the dragonflies and damselflies making the most of the sunshine. Weather permitting, I shall be back out later in the week to enjoy what east Kent has to offer and I'm also planning another trip Saturday to Thurley Common to look for emerging Brilliant Emeralds and maybe an exuviae for the collection. 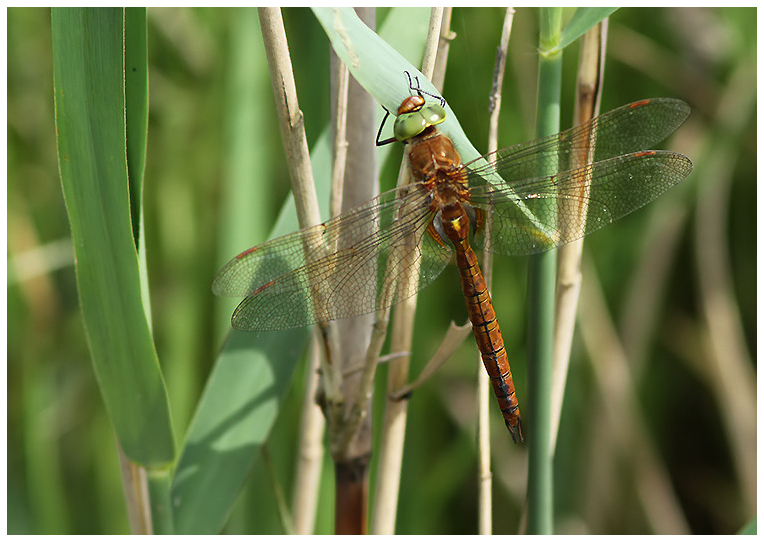