With the season fast approaching now, I have started to think about what challenges lie ahead for me during the new season and thought I would share a few of them.
Photographing a male Hairy Dragonfly Emerging
I have been very fortunate during the past few seasons to rear a few Hairy Dragonflies through to emergence but despite having a few males to observe and monitor, it has only been the females that I have successfully photographed emerging. I did have a male start to emerge last year but it was unsuccessful and unfortunately, was unable to completely emerge from the exuviae and subsequently did not make it. I have netted a few Hairy Dragonfly nymphs during the winter months and although most have been released back to where I found them, I have put a few in my pond including a couple of males that I once again, I will monitor closely come May to see whether I can at last photograph a male emerging. This dragonfly to me signifies the 'real' start to the season and is always eagerly awaited every year. Will 2018 deliver me that chance? 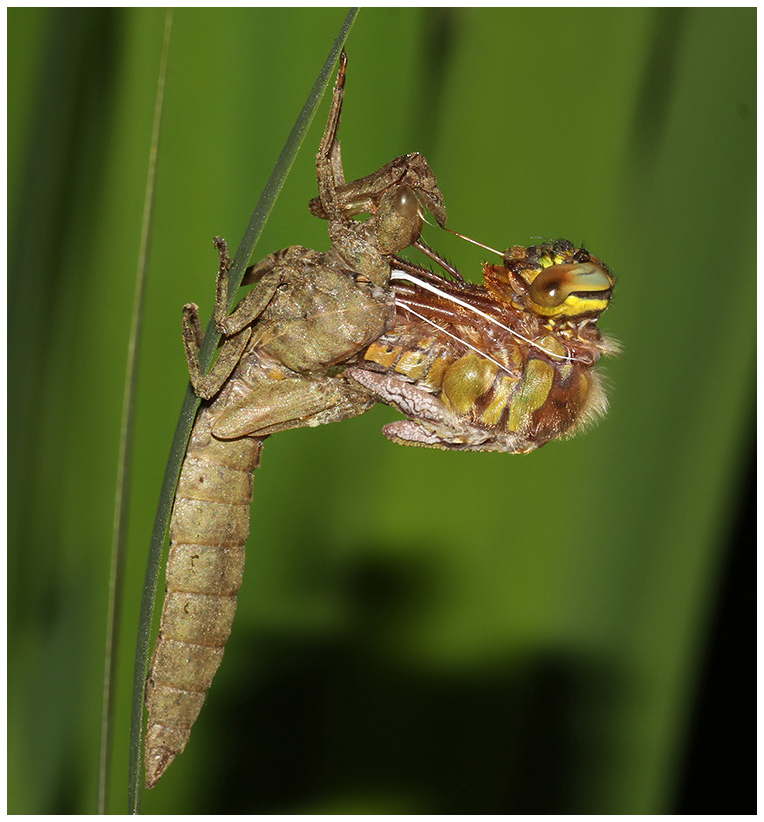 ﻿
Hairy Dragonfly Emerging (female)
The Norfolk Obsession
The past few years in Kent have seen the Norfolk Hawker continue to establish itself well in the Stour Valley and from what I am told, a few other areas within north Kent. As well as being a stunning dragonfly to photograph with those contrasting green eyes with brown body, they are also a favourite with the photographer as they often pose well at rest and also in flight. This has seen me continue to improve on my photos during the past few years and get quite an obsession with the 'perfect' flight shot. The last few seasons have seen me slowly improving my efforts but I would like to think that I can once again, challenge myself and raise the bar and get some more pleasing efforts. No doubt, a lot of July will see me at Grove Ferry and Westbere spending time in the company of these stunning dragonflies. 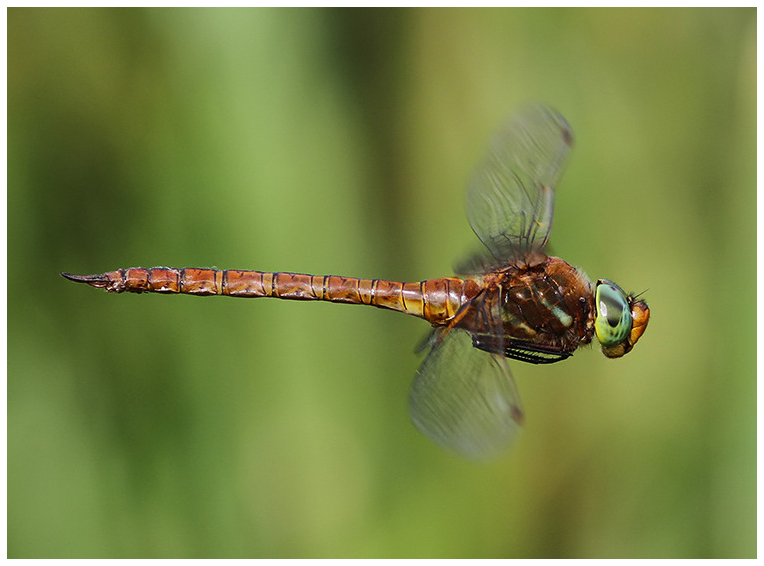 ﻿
Norfolk Hawker in flight (male)
A 'Kent' Southern Migrant Hawker
One of my memorable sessions last year was watching 20+ male Southern Migrant Hawkers flying up and down a single ditch in Essex. These have got to be one of the most stunningly coloured dragonflies to see and I can't recommend enough to others if you have not seen them yet. Hopefully they will appear this year again in good numbers and I will most definitely make the trip again. I wouldn't say no to finding an exuviae too. In contrast to Essex where I have seen quite a few now, I have still to see my first in Kent despite them being seen for the past few years on private land in the Cliffe Marshes area. I have tried to gain access but have not yet been successful. It would be nice to think with the Essex population doing well that they may continue to spread in Essex and north Kent. There are some great dykes in the Reculver area on the coast that could well host a colony of these dragonflies in the forthcoming years. Fingers crossed that this species continues to go from strength to strength. 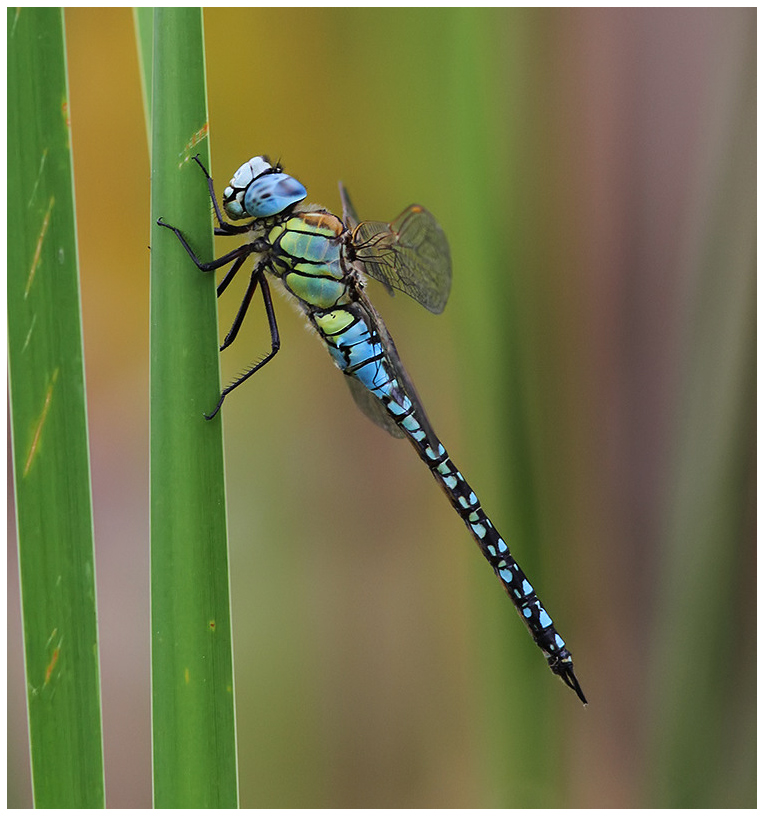 ﻿
Southern Migrant Hawker (male) Essex
The New Forest Calls
Its been four years since I last visited the New Forest where I saw some of the iconic dragonflies and damselflies that live there including the Golden ringed Dragonfly, Southern and Scarce Blue tailed Damselflies. Its a superb place to spend time in and I really need to get back there again to see and improve on my photos from my last visit there and take in one of the best places to see odonata in this country. All being well and if time allows, I can once again meet my good odonata friend Paul Ritchie in his local backyard to sample the pleasures of the New Forest. ﻿
Golden ringed Dragonfly (male) New Forest
July Means Willow Emerald Damselflies
This is a damselfly as many of you will know who follow this blog that I have spent much time studying and photographing over the past few years. I have been lucky to photograph the nymphs, emergence and adults but would love to also photograph and witness the prolarvae emerging from their eggs in the branches where they have spent the winter. Although this task is pretty much impossible to see, I might be able to at least photograph some prolarvae as I have collected a branch which is currently hovering over some water. I shall keep checking come March to see whether I can see this most of rare sights. I shall find it hard to keep away from this species i'm sure again this year and will enjoy countless hours in their presence. I also intend to spend more time surveying in the area to see whether the species continues to spread. 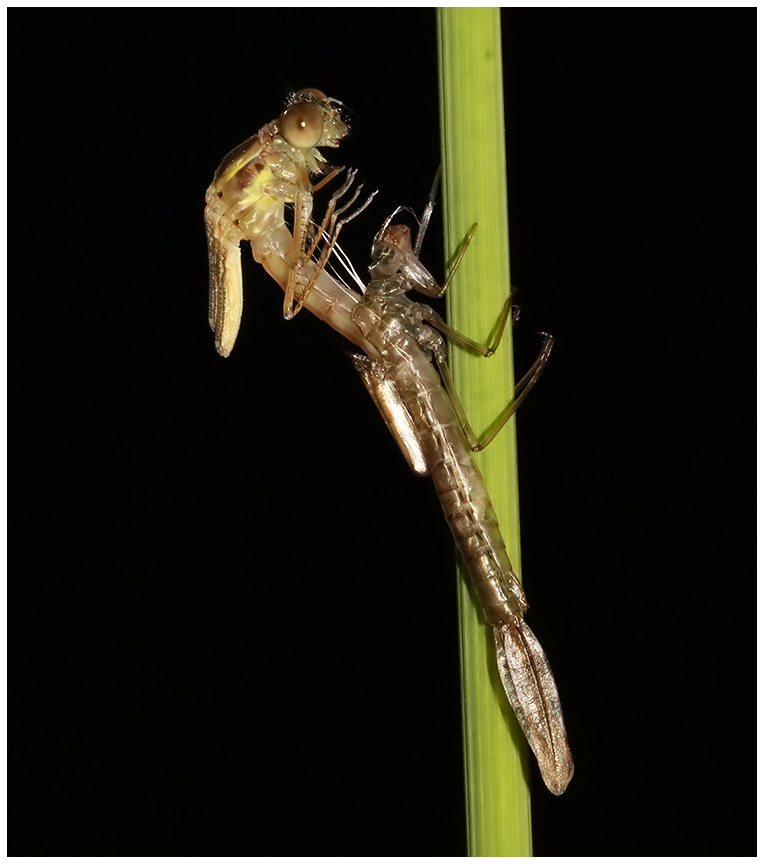 ﻿
Willow Emerald Damselfly Emerging
And There's More...
I have yet to visit Scotland where I still need to see Northern Damselfly, Northern Emerald and Azure Hawker. Its a long way to drive living in East Kent and their season peaks when I am still at work making it hard for me to make time to visit as I work in education and need to wait for the summer holidays at the end of July. Maybe its possible, I'm not too sure? I would also like to spend some time at Thursley Common searching for Downy and Brilliant Emerald exuviae as well as making some time to see the Common Hawker, a dragonfly I have only see a few times and only possess the one photo of. Add to that seeing a Kent Golden ringed Dragonfly, looking for Red veined Darters etc, it looks like its going to be a busy season and fingers crossed, the weather plays its part and allows plenty of time to spend out and about observing and photographing.