It was back in June last year that I was searching for the elusive Scarce Chaser exuviae at Westbere Lakes along the river. I had made a number of visits where I had spent a few hours searching the emergent vegetation for them but without much luck. This nationally scarce species as the name suggests seems to have decreased considerably in number at this site in the past few years which is worrying but I hope they will continue to remain stable here. On another visit, I was once again searching the reeds close to the waters edge when I finally caught sight of an exuviae quite low down and seeing the prominent curved dorsal spines on the abdomen which is one of the features of this species, I knew I had found my Scarce Chaser exuviae. Due to the relief of actually finding one (only my second one I have ever found) I was keen to remove and pot it and forgot to take a few photos of the exuviae in position which was slightly annoying. With the season now gathering pace, the exuviae was studied at home and put into the collection where at some point I was hoping to take a number of photos of this specimen. Its taken a long while but finally during the past week, I managed to make some time in the evening to spend an hour photographing and studying the exuviae up close. As mentioned, the prominent curved dorsal spines along the back including a spine on S9 of the abdomen are a key feature to look out for along with the shallow serrations on the labial palps. I have certainly continued to learn a lot from collecting and studying the various species of exuviae and this has so far proven to be quite valuable when I have been able to find and identify them in the field. Hopefully the collection will continue to grow during this season as I anticipate spending many more hours searching in amongst the reeds and vegetation for these most prized collectables. 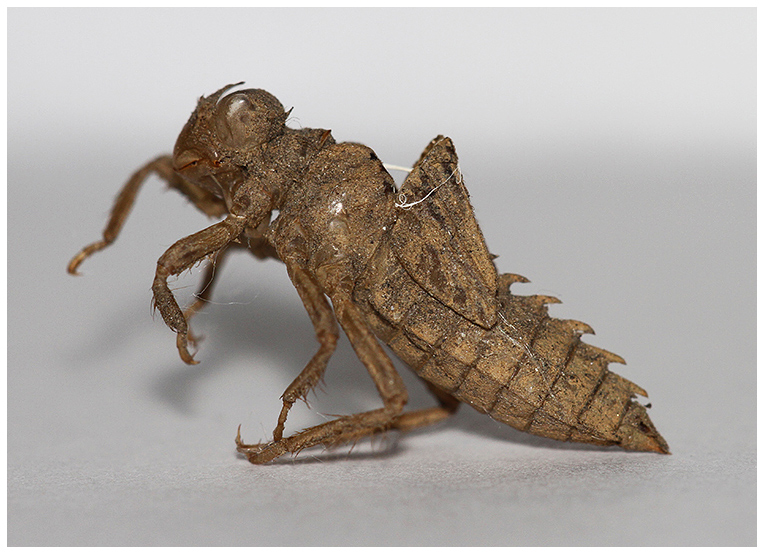 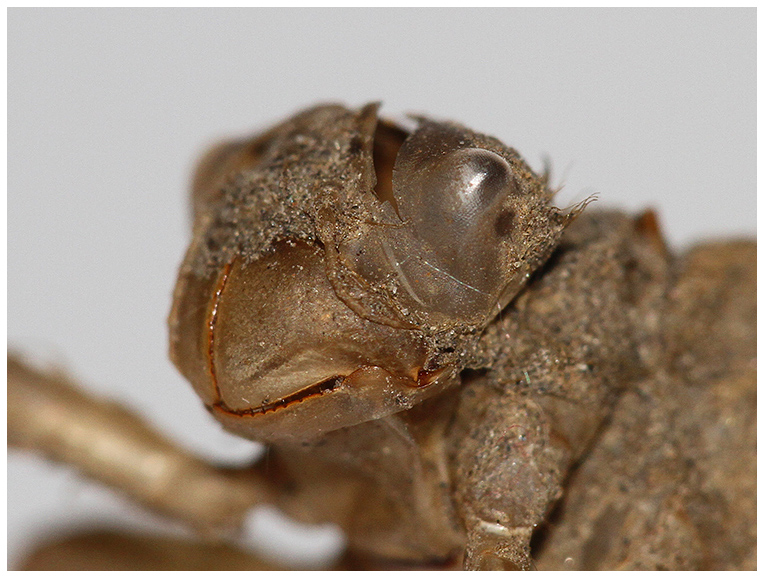 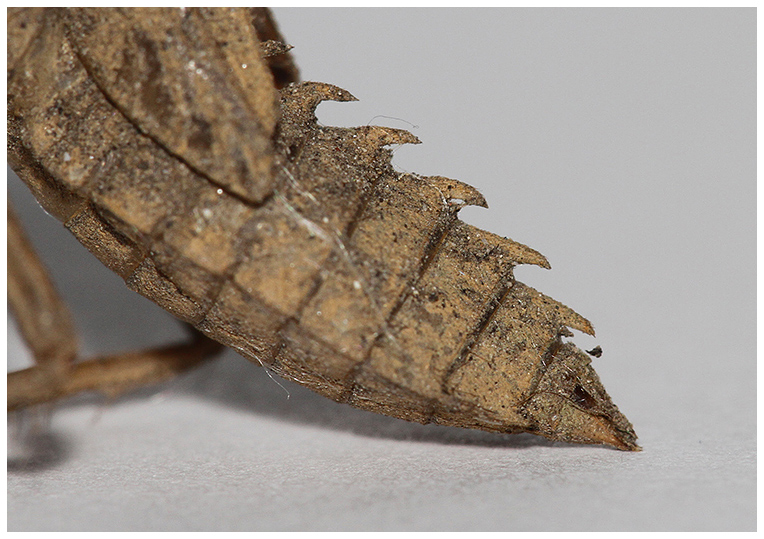 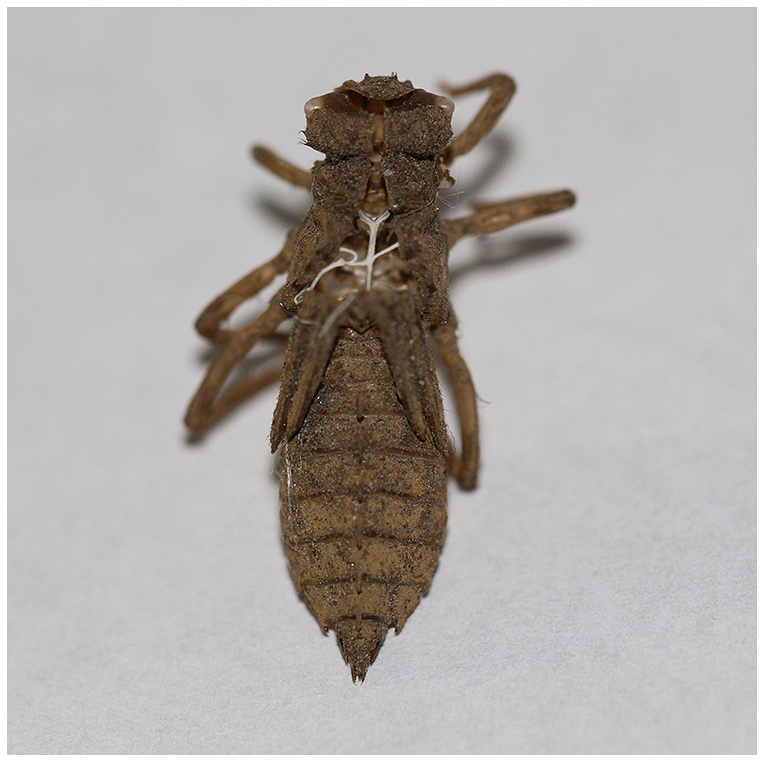 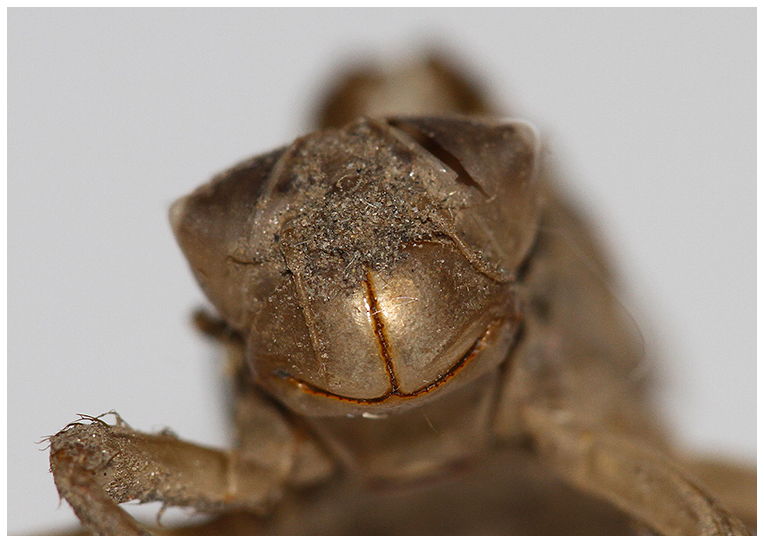 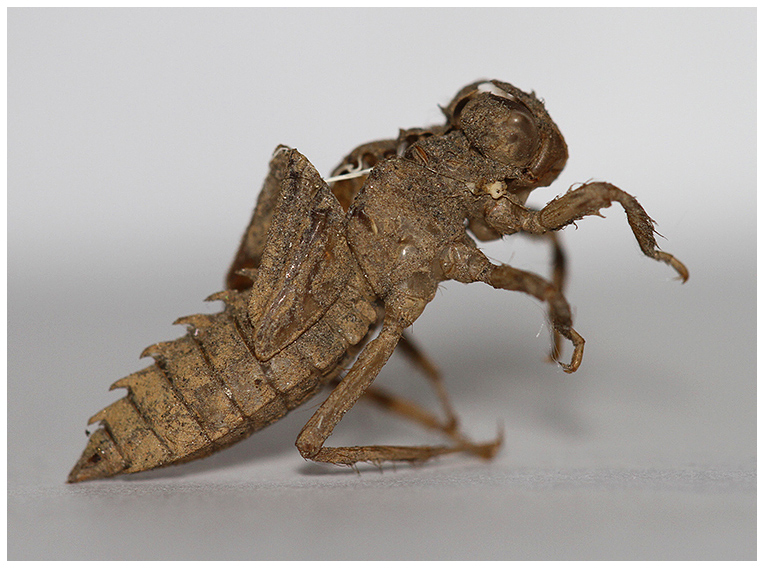 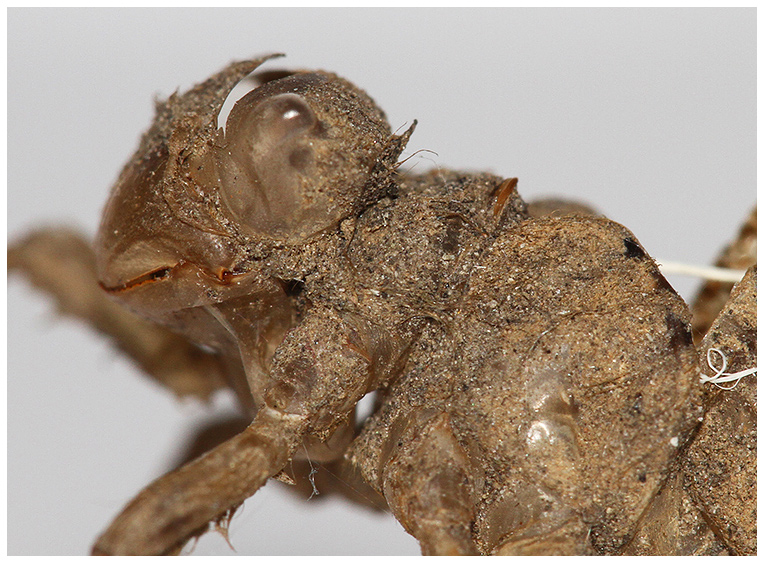