The Colours of Autumn

Autumn is really upon us now and no better sign than seeing the leaves falling from the trees, the paths crinkling with leaves underfoot and the superb yellow, orange and red leaves that provide the autumn spectacle to the eye. It was with this in mind that I decided to visit Nethergong at the weekend to not only see if I could find and Willow Emerald Damselflies but also to see whether I could capture a few photos with that autumn feel and colour to them. With a small window on Saturday late morning with the sun breaking through occasionally, I arrived on site at 9.30am and spent an hour on the eastern boundary where I walked no more than 100 yards checking the waterside bushes and vegetation. The sun was very much out for a couple of minutes and in for five minutes but I managed to find 10 Willow Emerald Damselfly at rest. Most were still warming up and not flying and I suspect if I had stayed into the afternoon when the sun really broke through, that I would have found many more. As it was, I was content to see them still and set about trying to capture a few photos with some autumnal colours in the background. This was easier said than done but with a bit of patience, I was able to maneuver in to a few ideal positions where in the background, some nice autumn leaves gave that feeling. I had not packed the Sigma 150mm macro lens so used the Canon f4 300mm  lens which meant I was shooting a little further away than I maybe hoped for but I was still pretty pleased with the outcome. I hope in the next few weeks to make a few more visits if time and weather allows to see if I can continue this theme and capture some more autumnal photos of the last few remaining species on the wing. 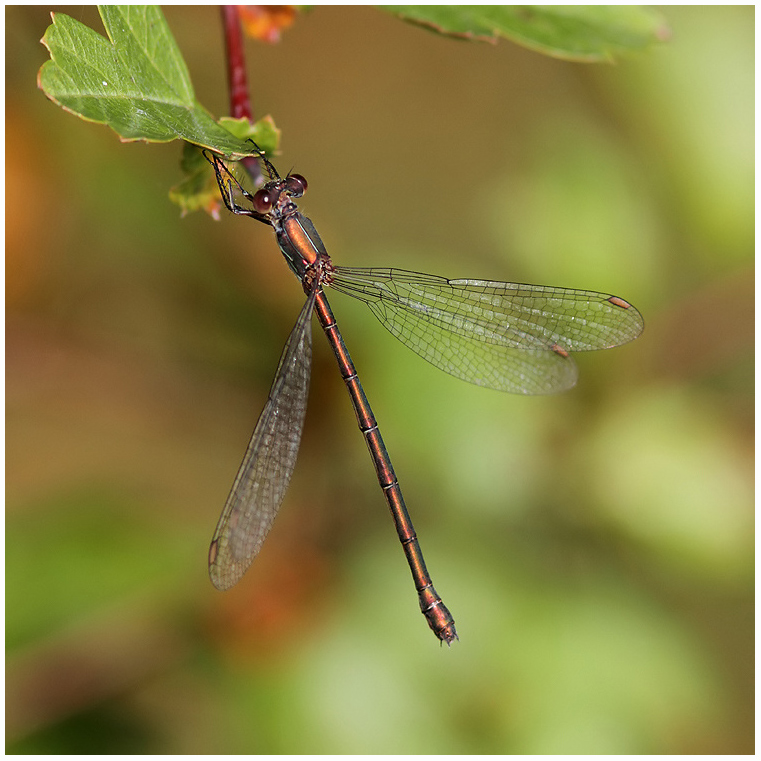 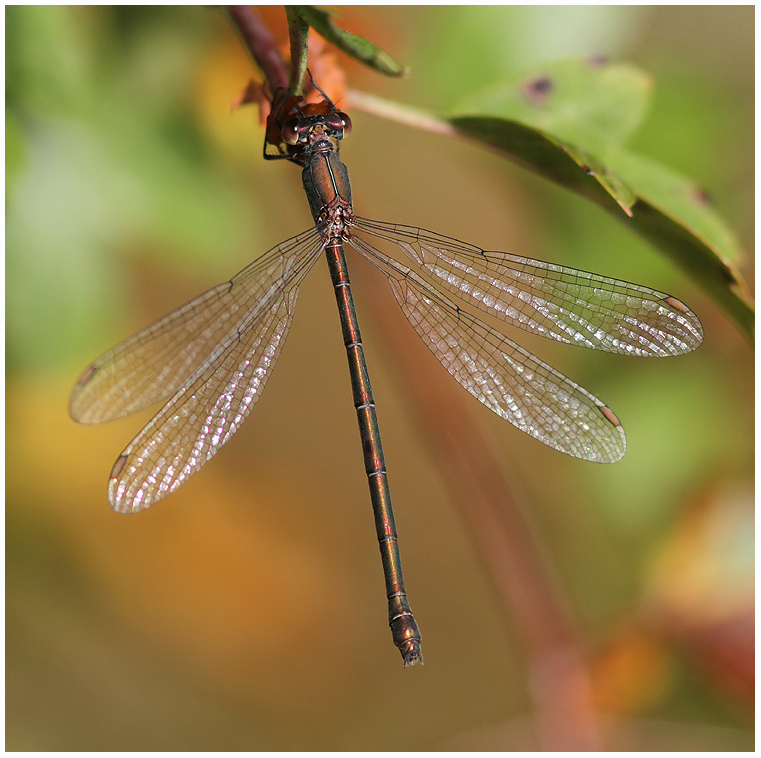 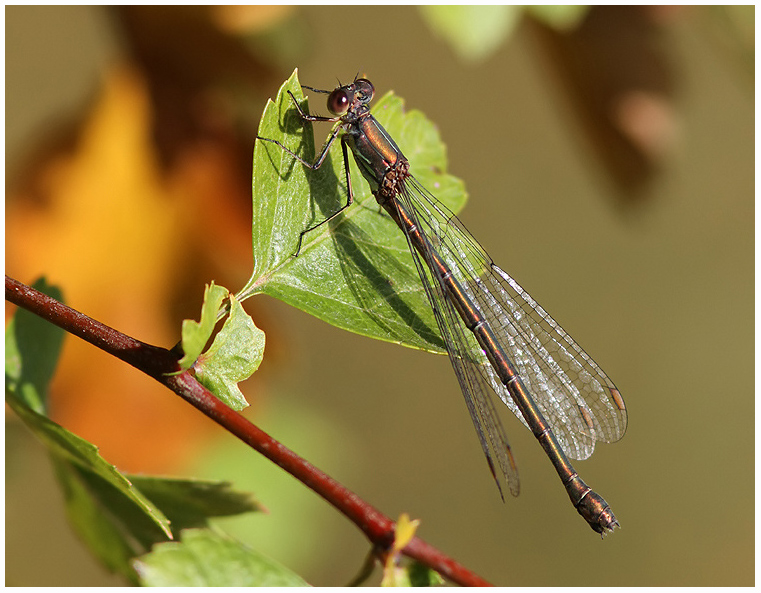 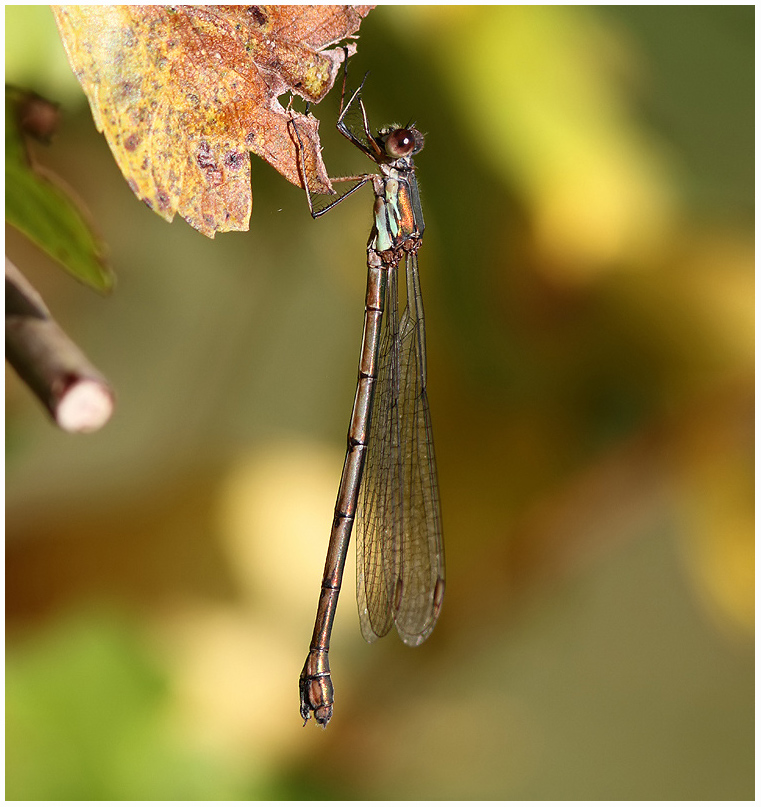 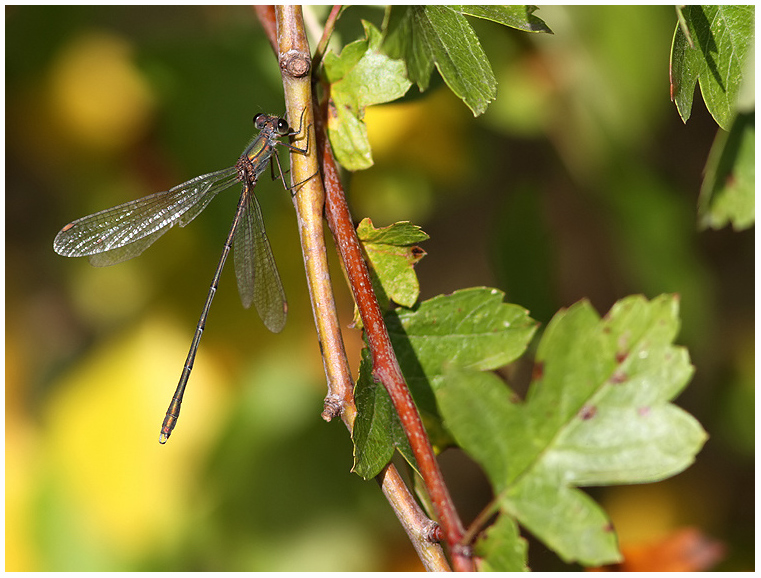