Last year while studying the Willow Emerald Damselflies at Nethergong, I was surprised to see them ovipositing into the stems of stinging nettles. I had never seen this before and after speaking to various people in authority, was told that this was probably a UK first. I spent some time last year trying to capture some photos of this happening with differing results as most of the stinging nettles were on the far side of the stream, c2/3 metres away. I ended up with a few usable photos but really wanted some photos of better quality showing the females egg laying and hopefully, the scars left behind to fully provide evidence that they were indeed using the stinging nettle stems to egg lay in. Having made many visits this year to Nethergong, I was fortunate that a few stinging nettles were growing on the near bank and after walking up and down the stream many times and flushing pairs in tandem, I decided the best course of action was to find a good nettle patch and sit and wait for them to come to me. This took a few more visits of watching to see where they favoured but I soon found a few areas where pairs were visiting regularly. Last week on a still afternoon, I sat for a few hours where I was in luck as quite a few pairs in tandem flew in and spent some time ovipositing into the stinging nettle stems. Although my targets were right in front of me, photos were still not that easy as often, one of the pair would not be perpendicular to the lens resulting in one of the damselflies being out of focus. Eventually with a bit of moving, I was able to get my best photos yet showing them clearly egg laying into the stems. 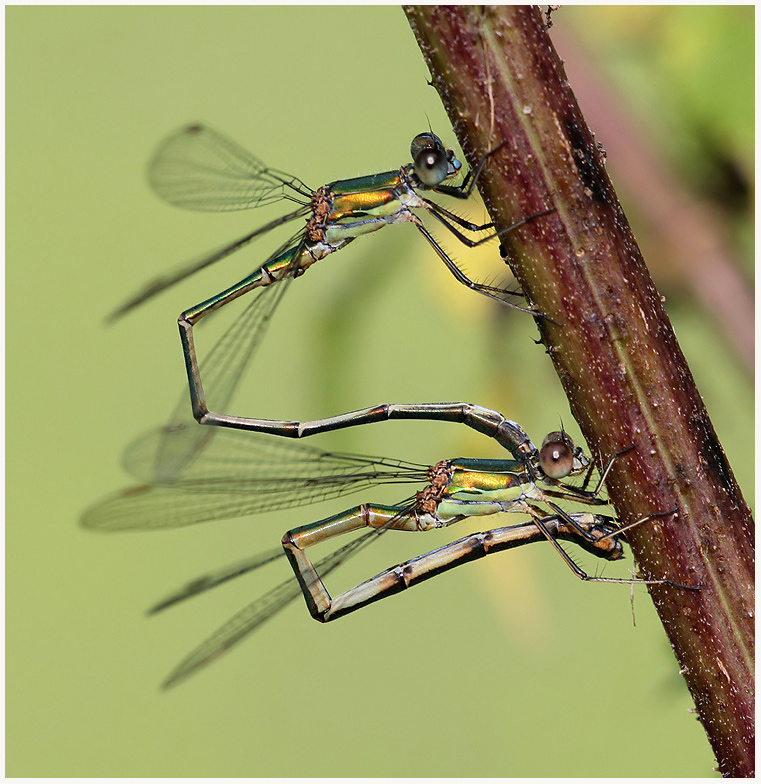 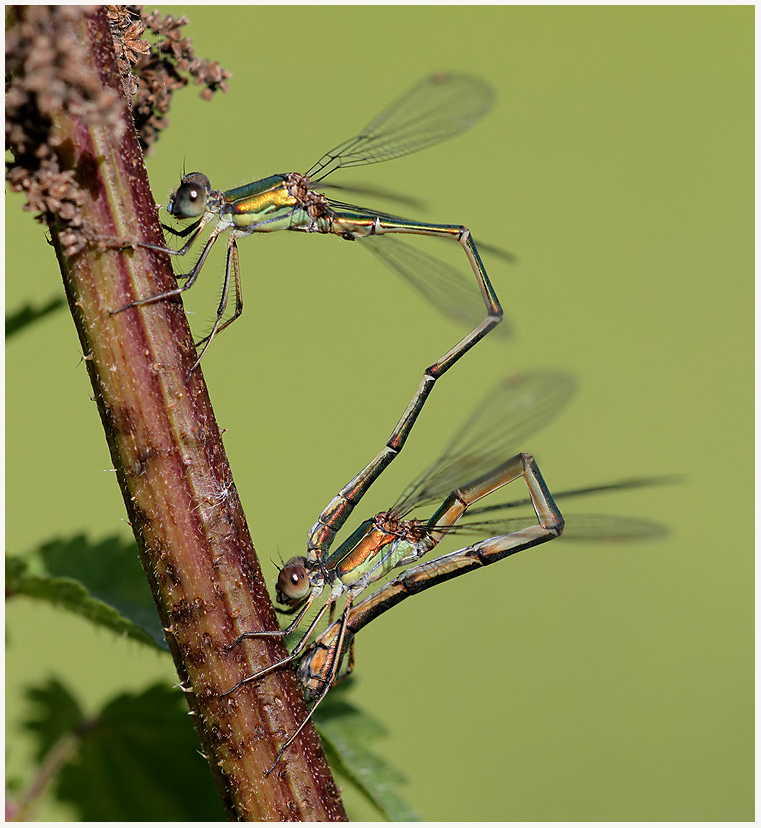 I even made sure when they left that I took a few photos showing the scars that the female had made whilst egg laying. As far as I know unless anyone can tell me different, this is the only colony of Willow Emerald Damselflies in the UK that have been found using stinging nettle stems to oviposit into. They have also been observed ovipositing into Willow, Dog Rose, Reed and Hawthorn on site too. There may be other smaller colonies doing the same that have not been found yet but to probably be the first in the country to have observed and photographed this is personally very rewarding. 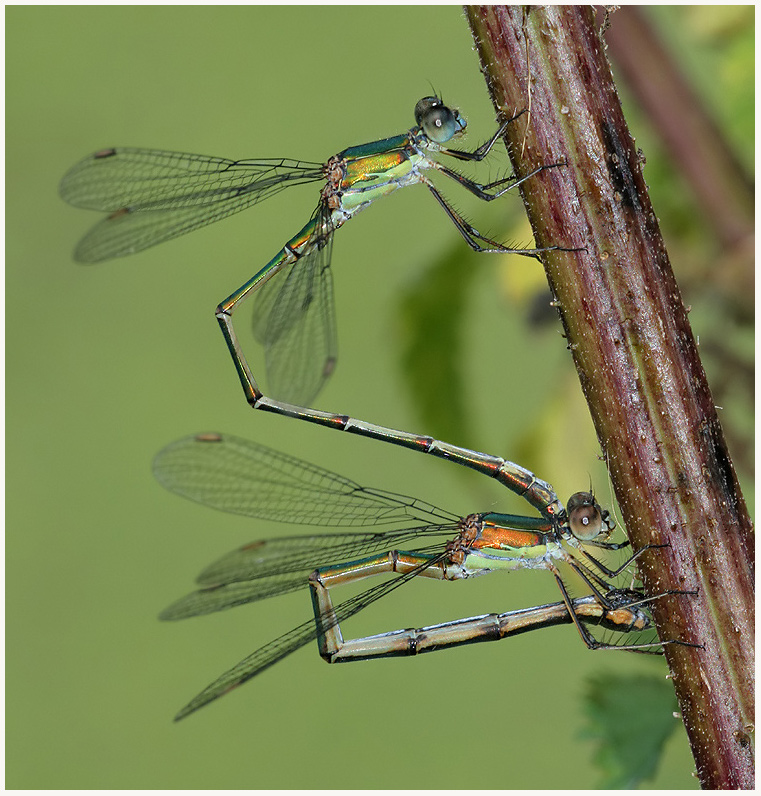 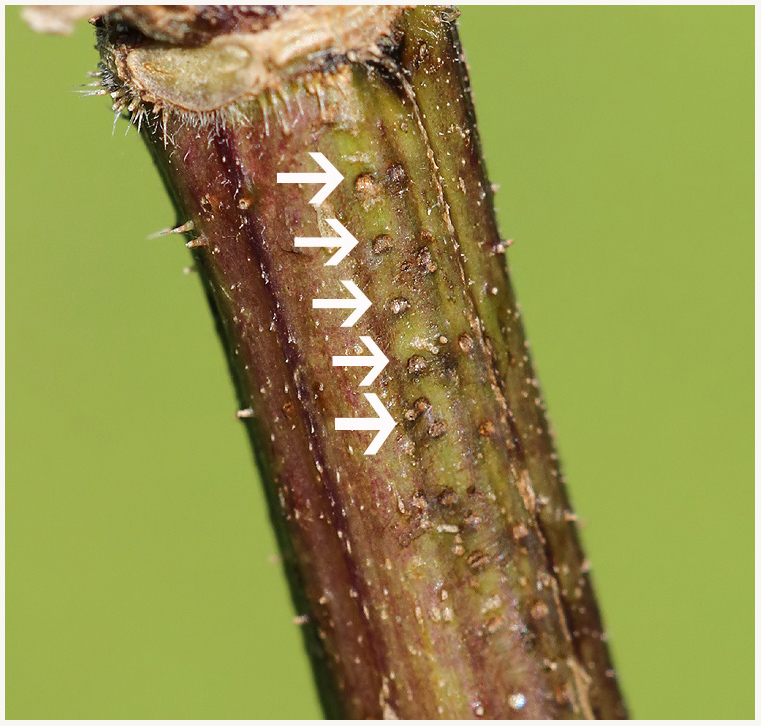