I am very lucky in that where I live, there are a good few sized Willow Emerald Damselfly colonies and an example of this can be seen at Nethergong campsite where I often spend quite a bit of time studying and photographing this lovely species. With the season under way, I will no doubt be looking for photos to better last years images and with this in mind, I decided at the weekend to try for a number of images with the wings open. Its always nice to be able to photograph newly emerged damselflies as there wings have a lovely clean rainbow appearance about them at some angles but with the sunshine proving an issue, I tried to make the best of the situation and ended up with a few pleasing images. A starting point at least from which to work with. I shall be trying to again photograph a mating pair this year which I struggled with last year and will hopefully have many hours of entertainment with them and maybe even learn something new along the way. Its been a long wait but i'm certainly going to enjoy it. 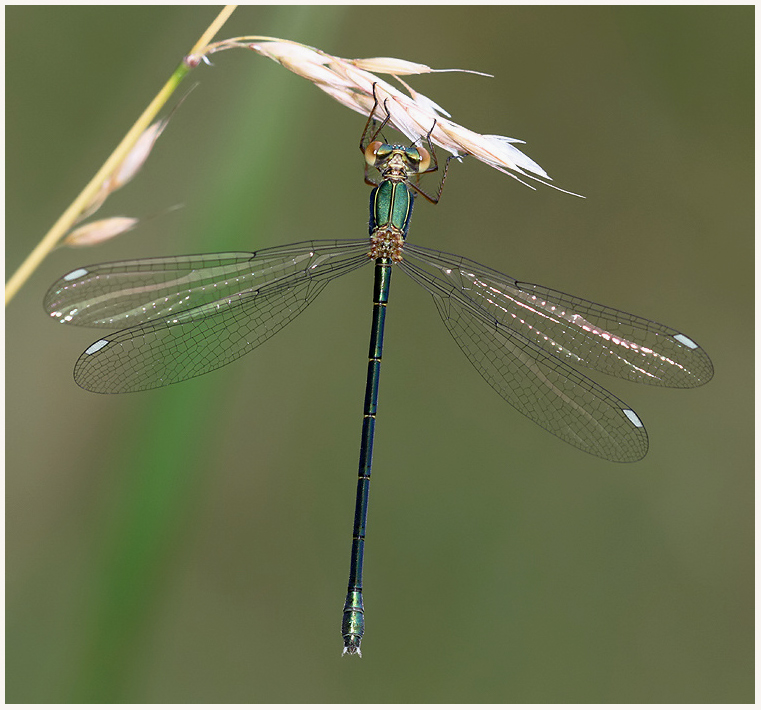 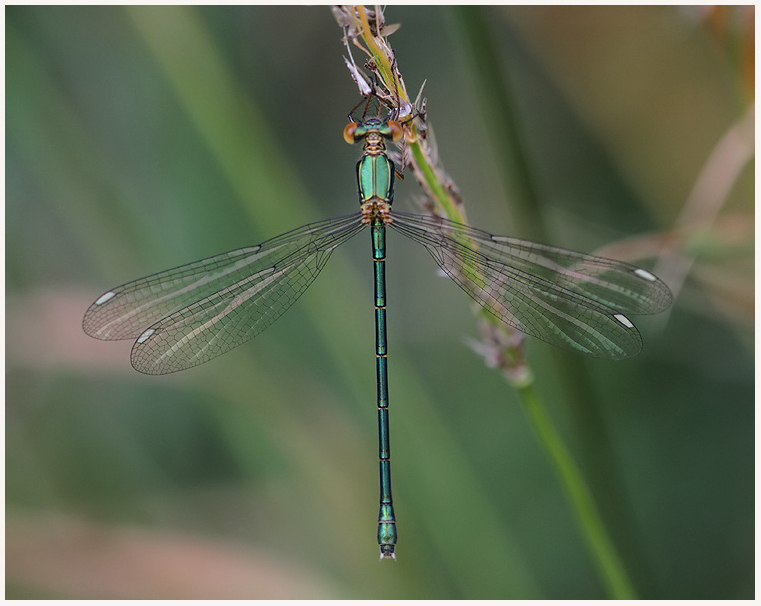 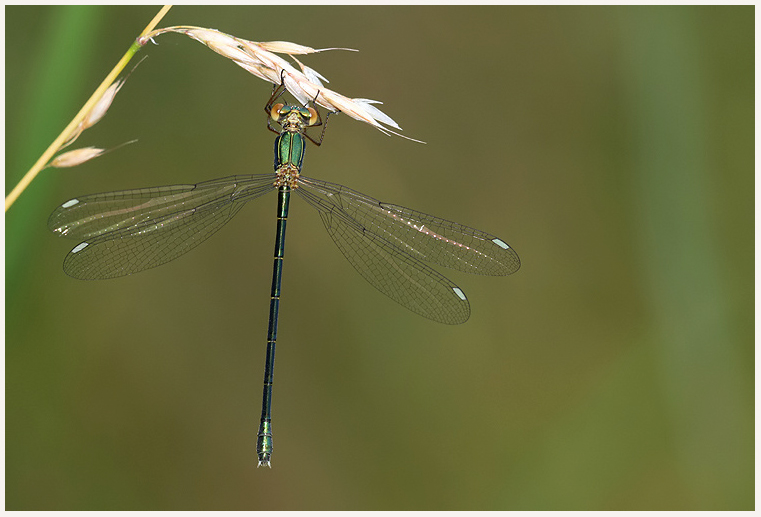 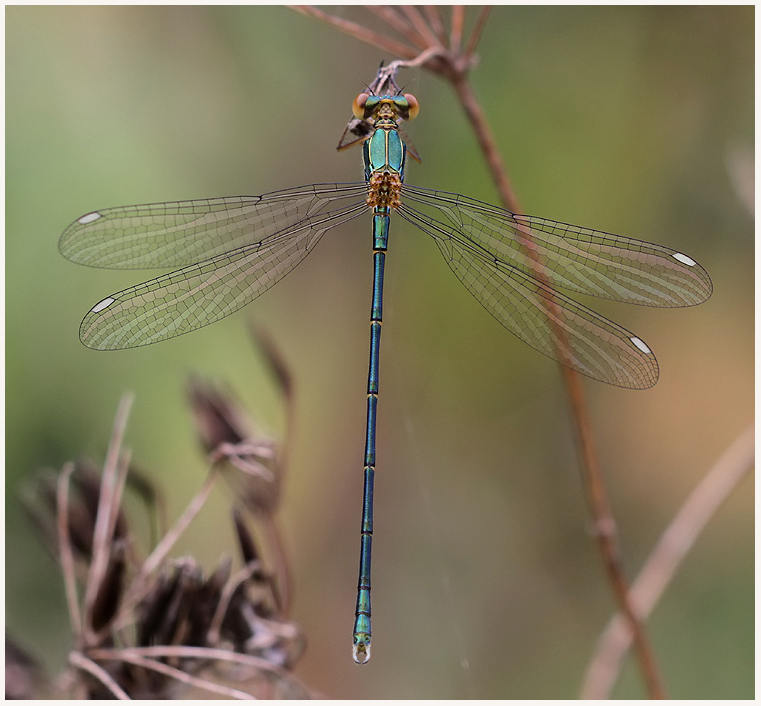 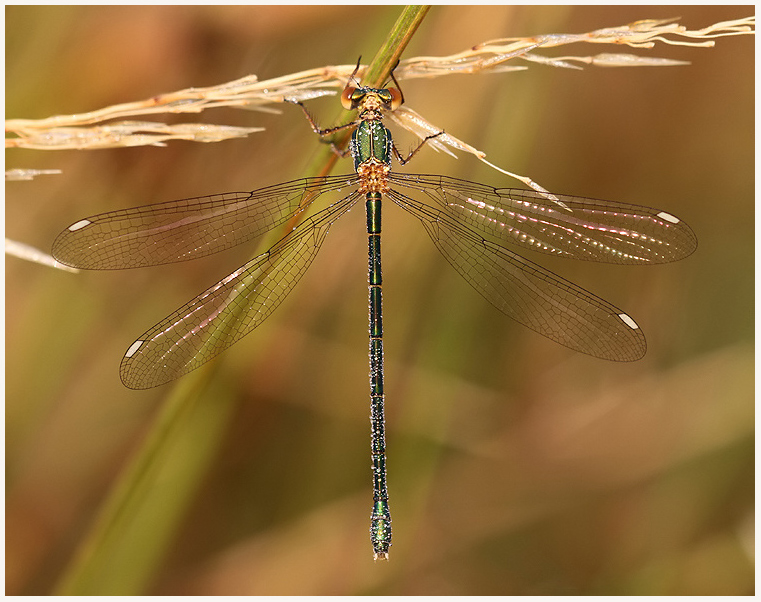