Before going out this morning, I went out into the garden to check the pond and could see that a Common Darter had just emerged. I had just started to eat breakfast so decided to take a few shots and then return indoors to eat a bit before returning outside again every now and then to take a few more photos. Over a period of c20 minutes, it had soon pumped up its wings and abdomen and was starting to colour up. I had to go out rather soon after so I hope all was well and that it made its maiden flight safely. 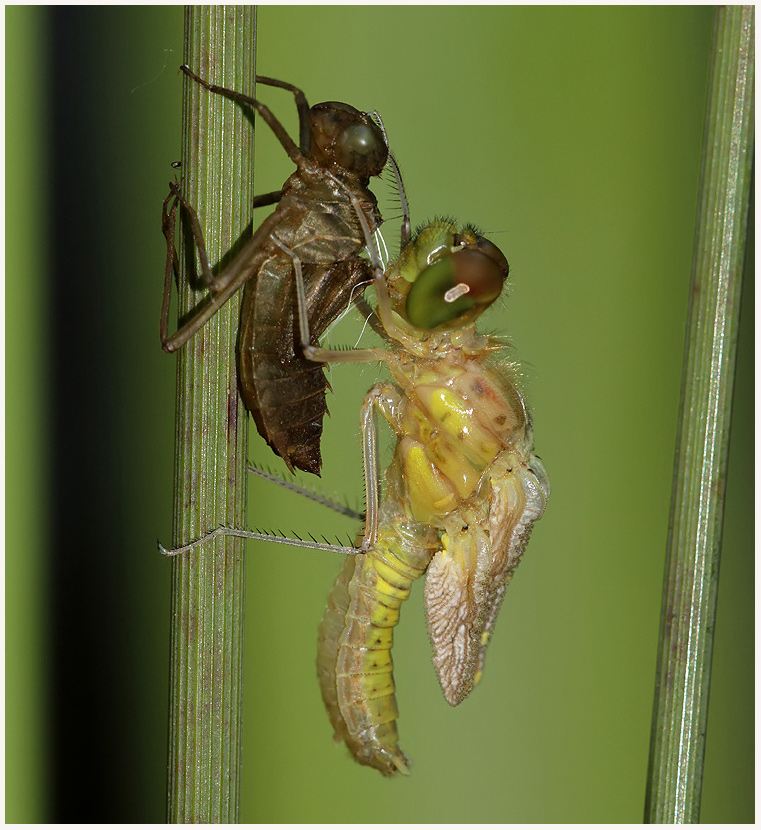 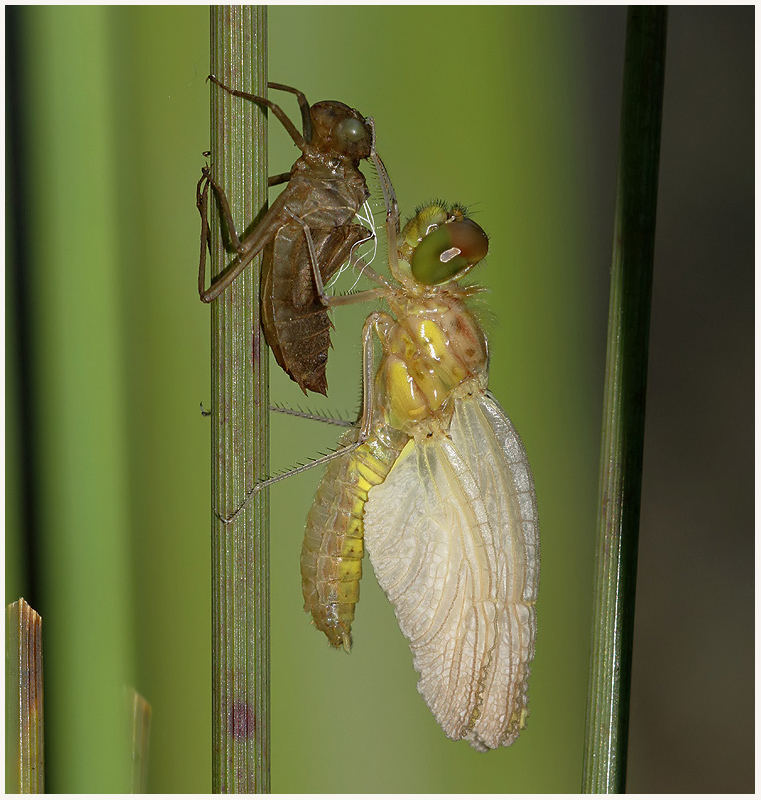 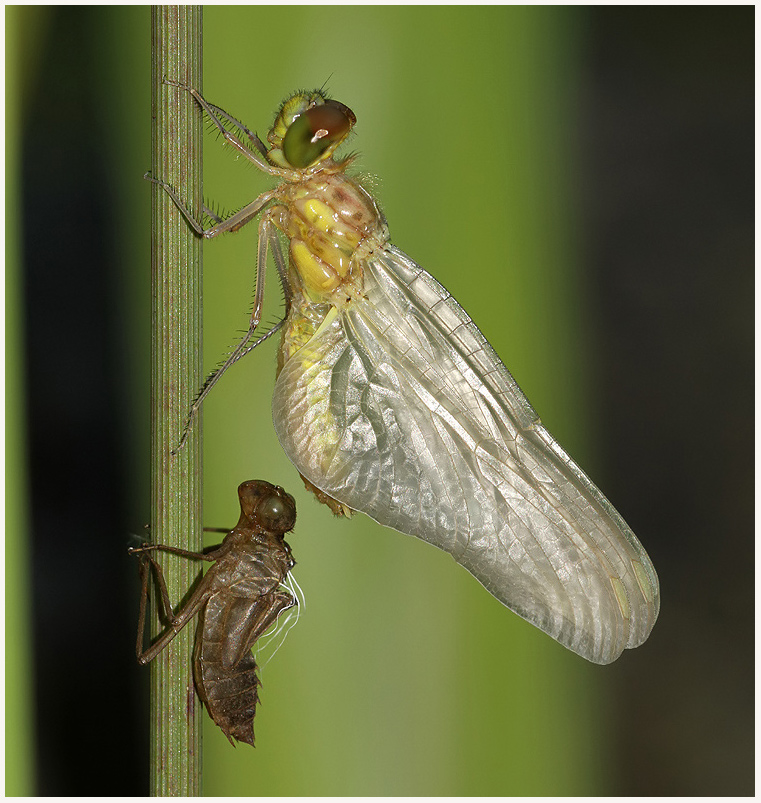 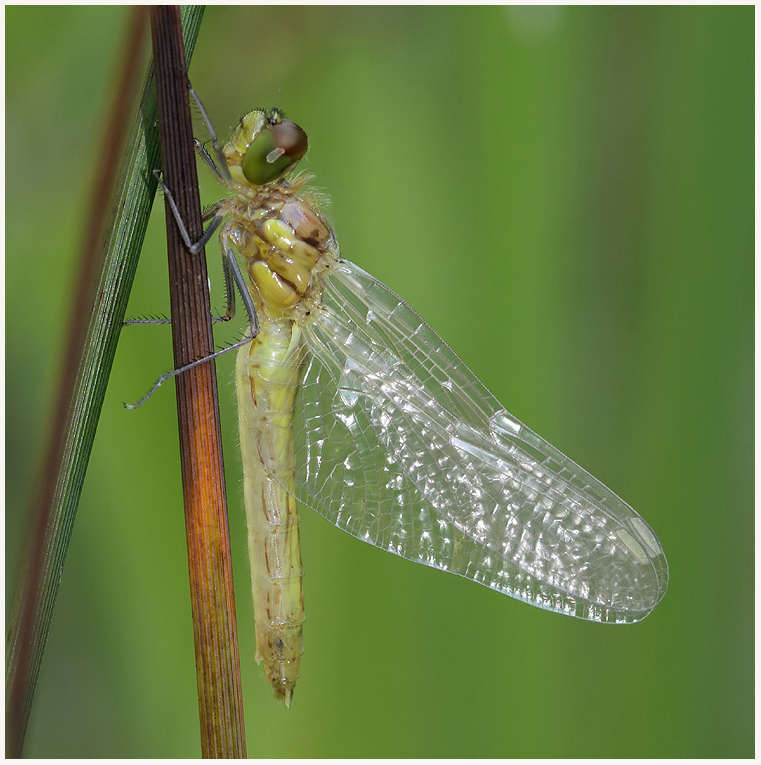 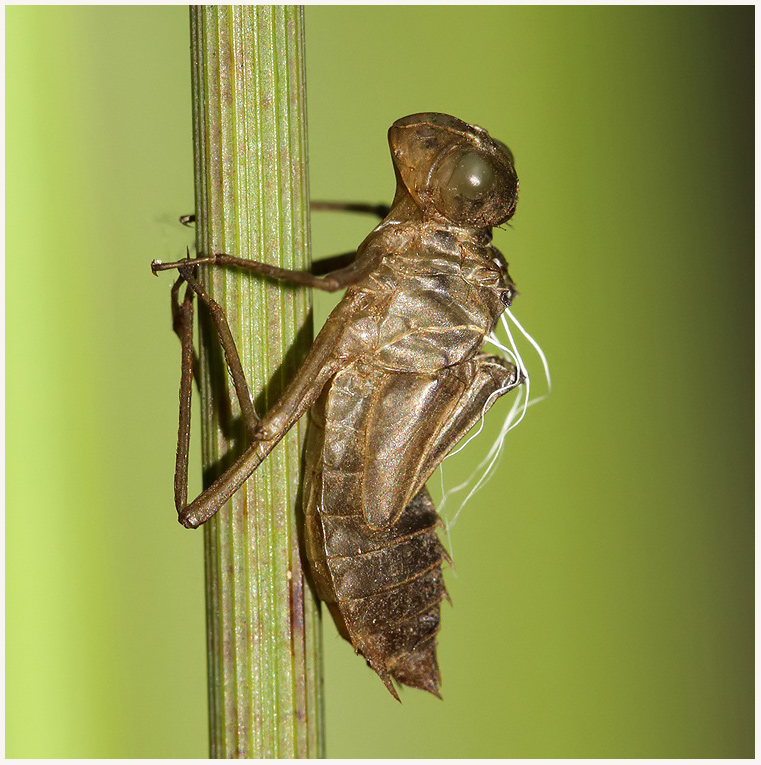 Last week, I had a female Common Blue Damselfly emerge which at first stumped me due to the lack of perpendicular lines on the caudal lamellae but it seems that this can happen in some individuals. The spine on S8 however, confirmed the id as did the shape of the pronotum. 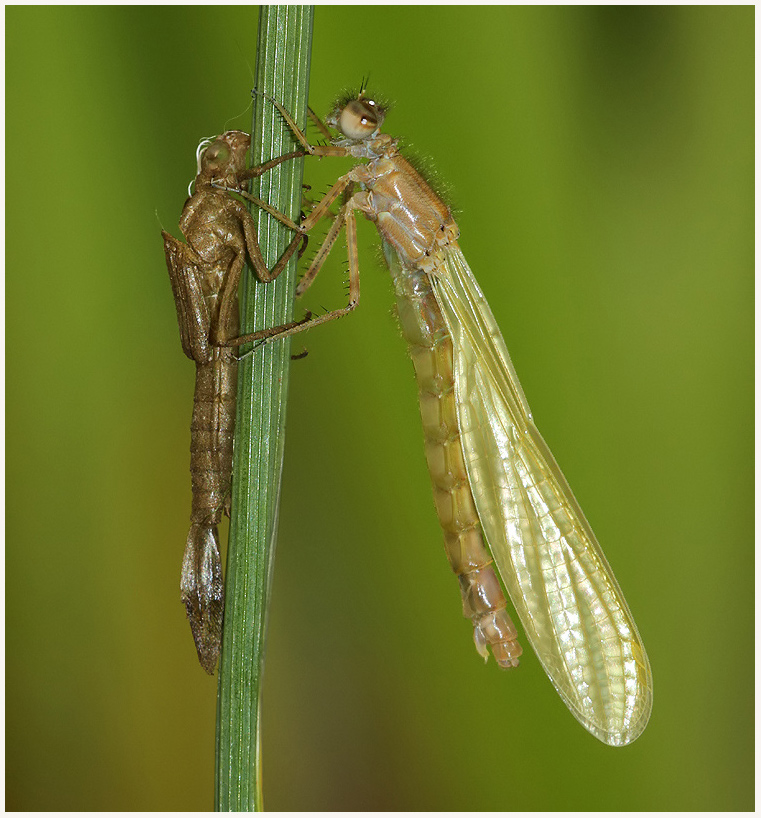 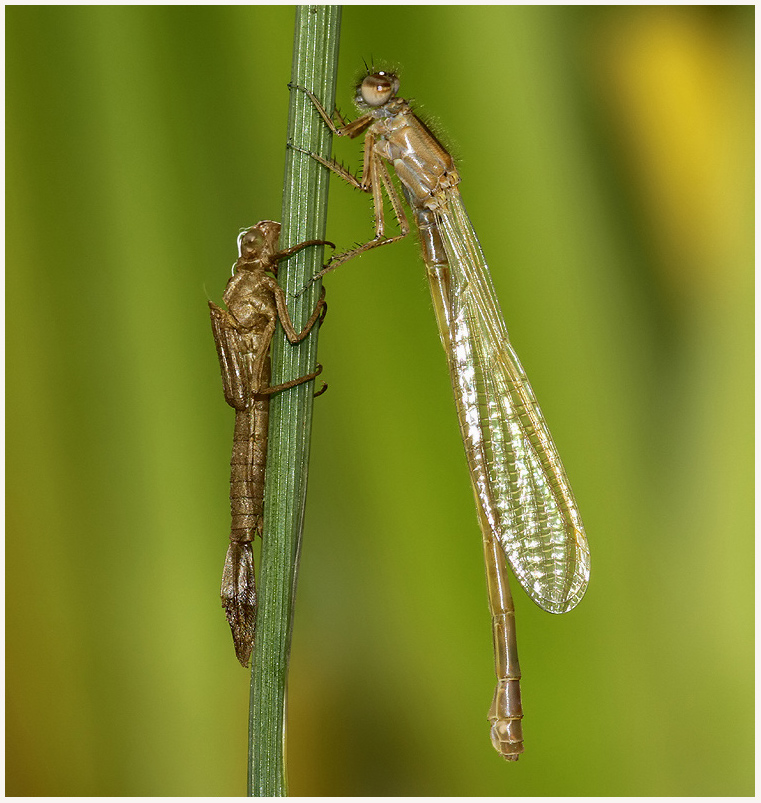 Hopefully a few more visits out soon to see and photograph whats about and it won't be long until its Willow Emerald Damselfly time!
Posted by Marc Heath at 5:57 pm