I have made it one of my challenges in the past few years to try and photograph the emergence of the Banded Demoiselle but despite spending many hours searching likely looking places early in the morning, I have so far not had any success with this. Add to this that a search on the internet failed to produce any photos of the Demoiselle 'actually' emerging shows you what a rare sight this is and very rarely photographed to my knowledge. I also really wanted to find a Banded Demoiselle exuviae which I could add to my growing collection. Having photographed a few nymphs in my tanks over the past few years and then always releasing them back to where I found them, I decided that this year I would have a go at rearing them in an outdoor tank created to represent a stream. I spent quite a while studying the local streams where they occur and finally after weeks of collecting, I finally had my set up complete. I introduced a few well grown nymphs in April and have spent many hours watching them eating their seemingly favorite prey item, cased Caddis, which they manage to bite through the twig/grass housing to get their reward. I have also witnessed one large nymph prey on another of its own species. The past few nights have seen them come to the surface where they have started to breathe air and this has been a generally good indicator that emergence could be within the next few days. I had no prior knowledge whether they emerged during darkness, early morning or throughout the day but when I arose early Saturday morning at 4.30am and went outside to check, I could see that one had already emerged and was colouring up next to its exuviae. I would take a guess that it hadn't emerged to long ago but although a little disappointed to miss the emergence, I was more than happy to take a number of  photos of the male next to the exuviae. 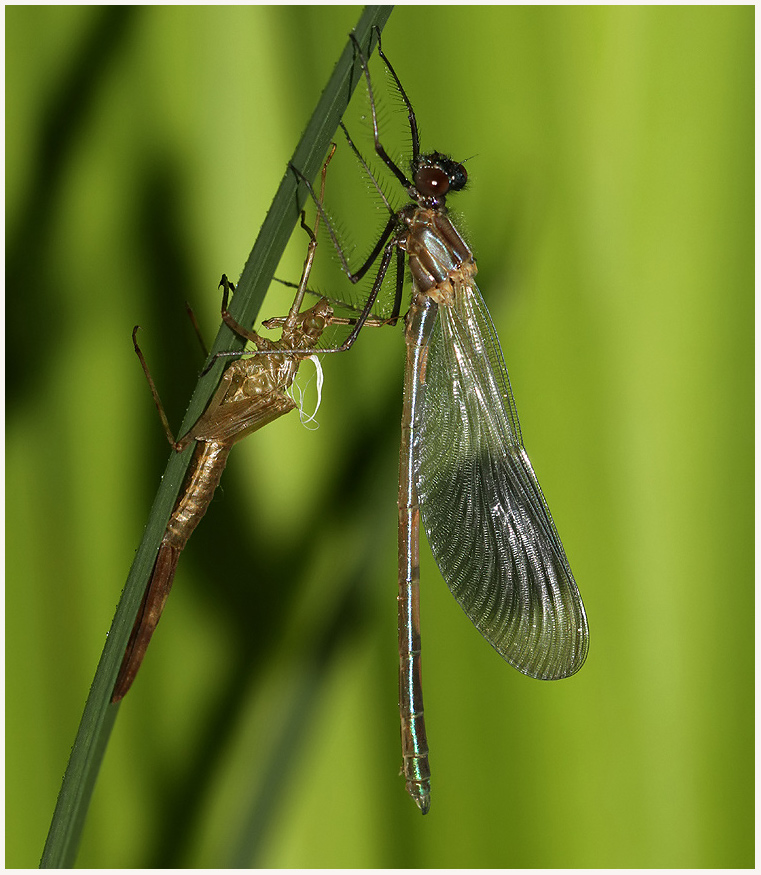 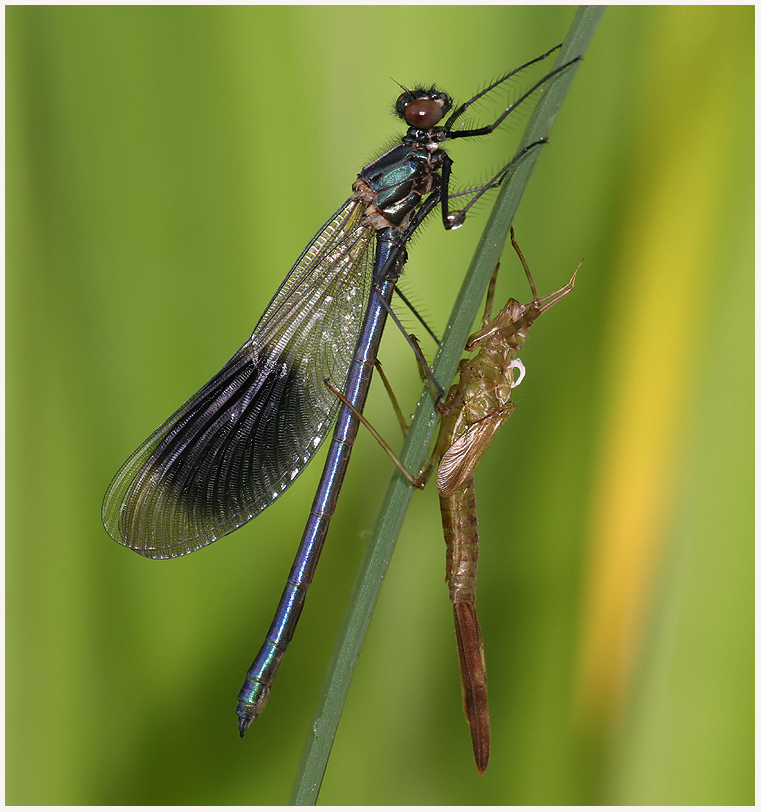 I don't think there are any photos of this either when I searched the internet. I was up every two hours Sunday morning from midnight checking outside to see whether any were emerging but nothing materialised. I will try again tonight if I can wake up every now and then and who knows, maybe I will get lucky and capture this rare sight that not many enthusiasts have ever seen. A quick visit mid morning to Westbere in windy and occasional sunny spells produced 3 Hairy Dragonfly, 2 Scarce Chaser, 1 Common Blue Damselfly, 2 Banded Demoiselle, a few Azure Damselfly and hundreds of Variable and Blue tailed Damselflies. 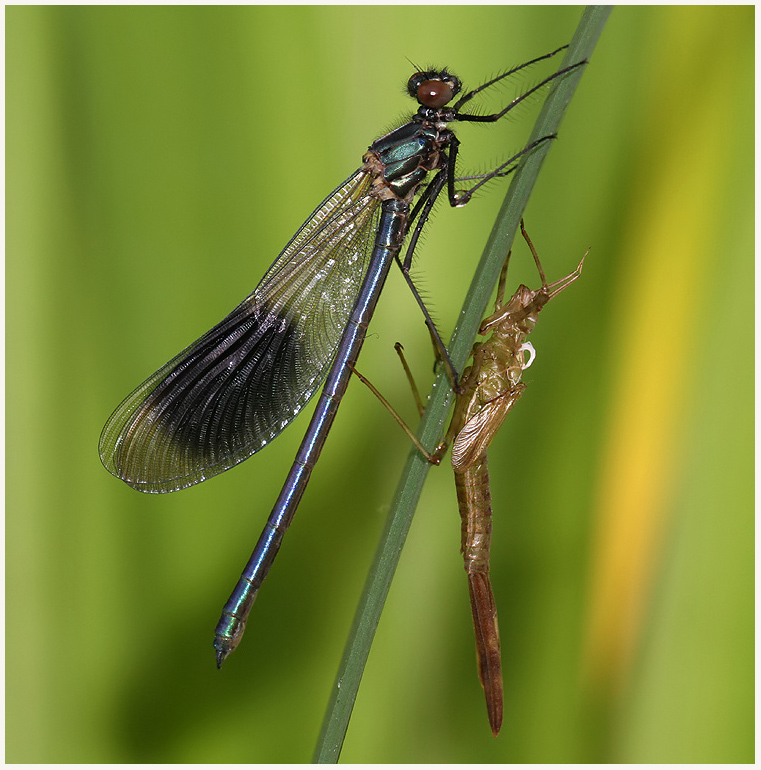 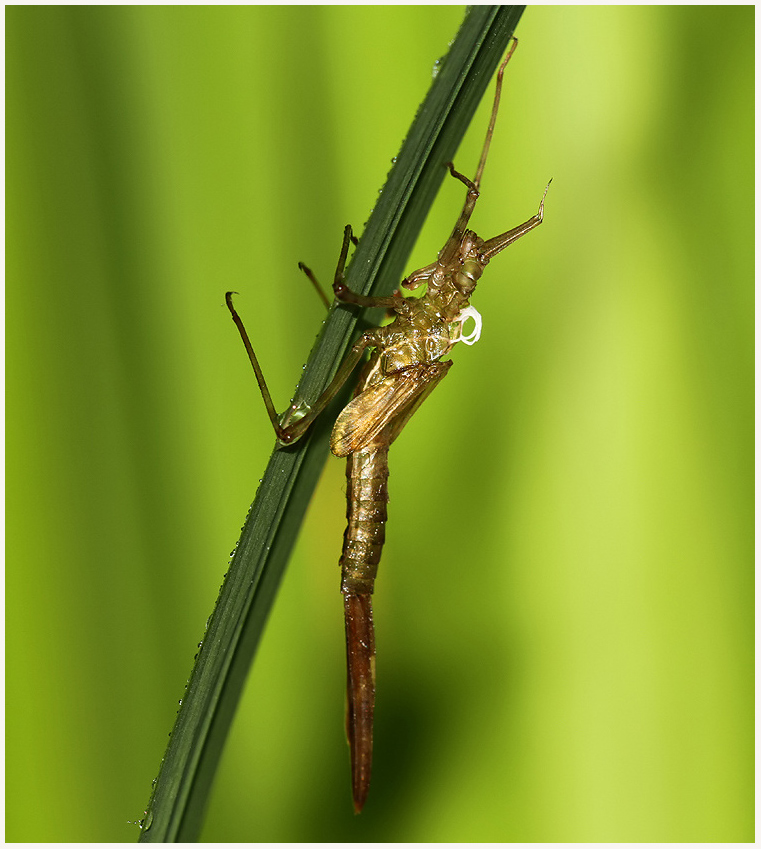