Witness the emergence of a dragonfly or damselfly. Up until a couple of years ago, like many others, I used to spend time during the summer watching dragonflies and damselflies flying around but seldom thought about where they had really come from and the process of emerging from nymph to dragonfly. I made it my business a few years ago to go out and search likely areas for any emerging dragonflies and after much searching, found a Common Blue Damselfly in the latter stages of emerging from its larval skin. I was mesmerised and just remember sitting back in the wet long grass at this miracle happening before my eyes and then watching the wings and colours slowly develop. To then watch this tiny insect in some cases make its maiden flight produced a great deal of satisfaction and the fact that it had actually 'made it'. I have never forgotten this initial encounter but have taken it a stage further in the past few years by seeking out some species to photograph the whole emergence as they leave the water through to their maiden flights. This has taken many hours in some cases of searching early mornings through the reeds and grasses to late evenings with a torch looking into likely areas. I decided to again take this forward and made a pond in my garden where I collected a few dragonfly and damselfly nymphs which naturally occur in the area or nearby to rear through to emergence. This gave me the opportunity to observe the pond regularly during daylight and darkness and the rewards have been very special. To photograph the whole emergence of the Emperor Dragonfly for c 3 hours in the middle of the night was amazing. Knowing everyone was asleep but this natural wonder was happening with no one aware made it even more special. I have since witnessed and photographed a number of species emerging and many of them have been captured on camera with some pleasing results. Every emergence is different but still totally rewarding and I hope during this season, I will be able to continue to capture this mostly unseen area of their lives. As the title suggests, I urge all of you interested in dragonflies and damselflies to make time this season to witness the emergence of a dragonfly or damselfly and like me, you will be mesmerised by the whole experience. 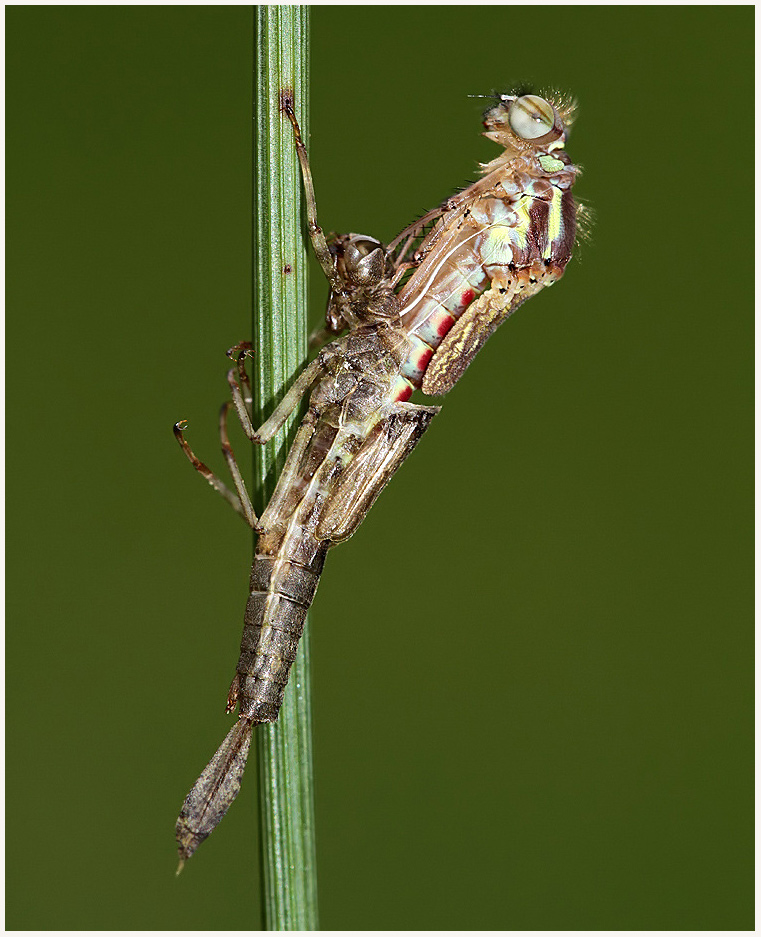 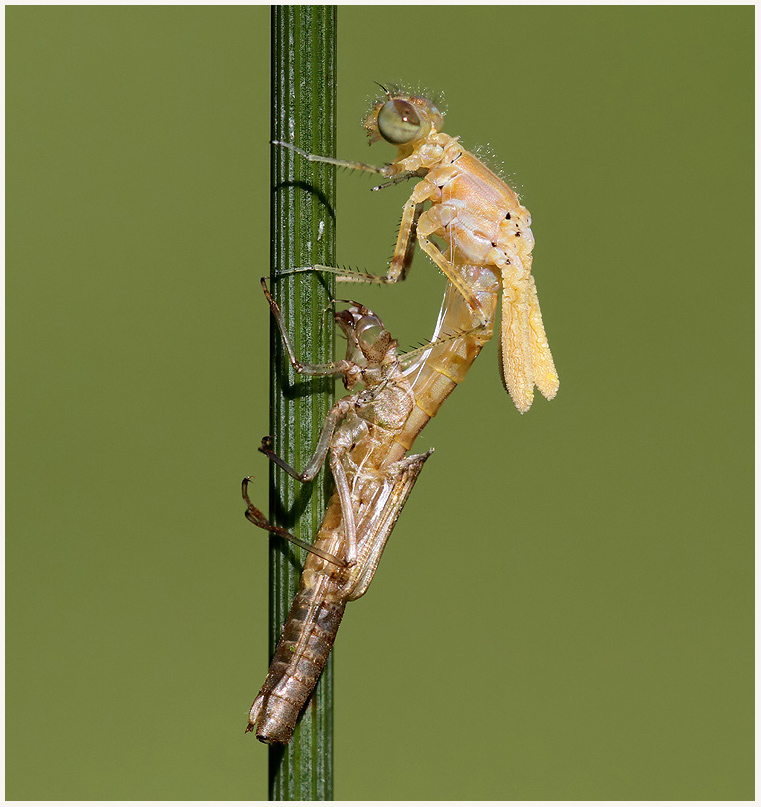 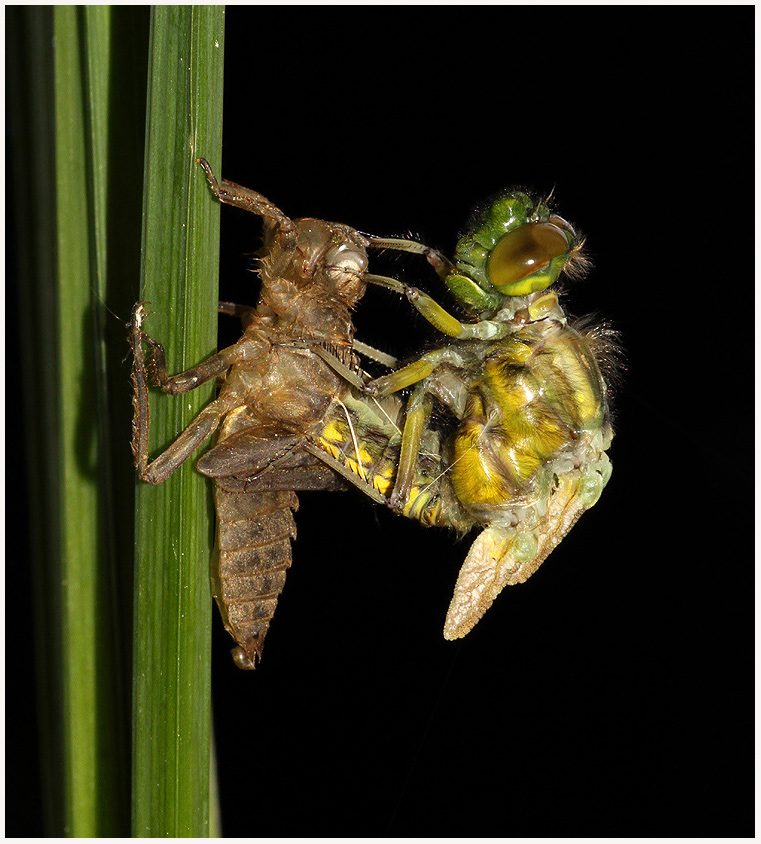 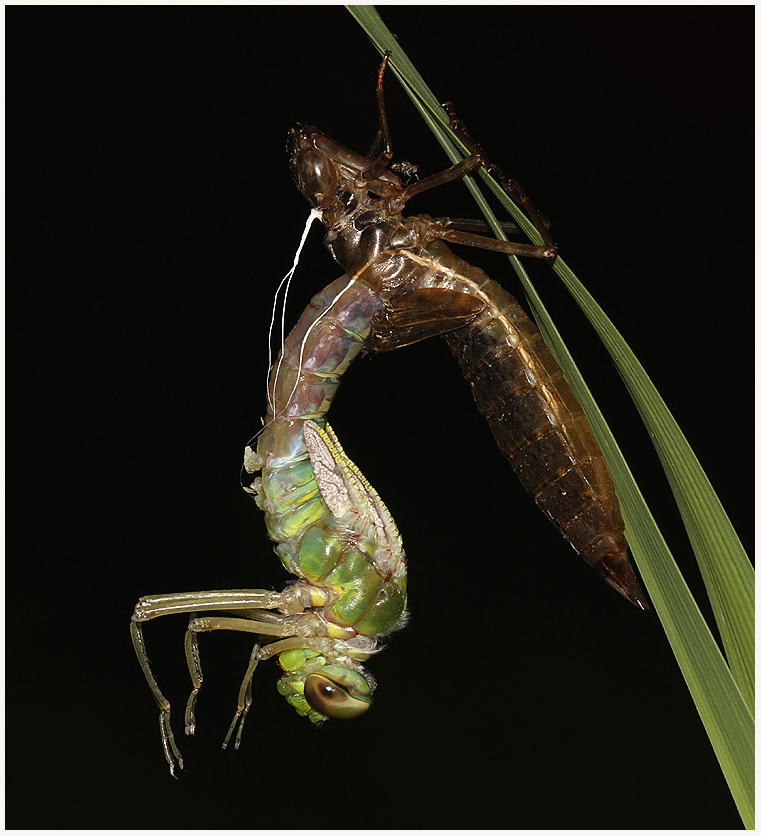 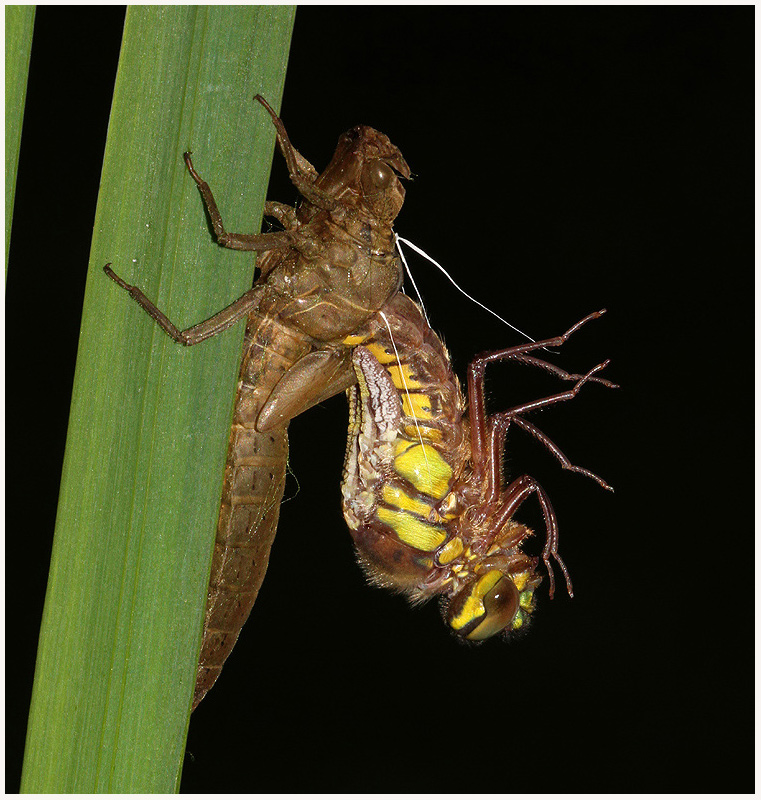 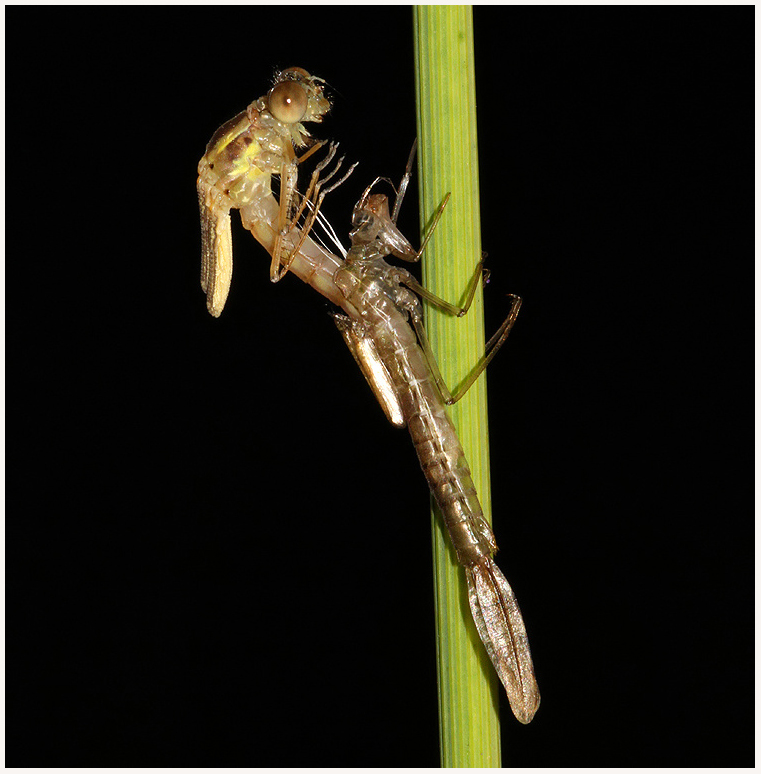