I thought I would have another visit to Reculver this morning where the plan was to try and get better views and photographs of the Baird's Sandpiper and Little Stint. With it being a Bank Holiday, I knew a few other birders would be visiting Reculver today so with that in mind, I was out of the house at 5am and driving over to Chambers Wall to park up. As the light picked up, I wandered on down to Coldharbour and arrived c10 minutes later where I walked to the eastern end to view for the waders. As I walked down the seawall 1 Common Sandpiper called and flew by and a few waders could be seen further down. I started to scan them and picked out 5 Dunlin, 1 Greenshank, 1 Redshank, 1 Little Stint but no sign of the Baird's Sandpiper. I had a look around for it in Coldharbour but it seemed it has moved on. Thankfully I saw it on Friday so I was not to disappointed. My attention was then drawn towards the Little Stint. I have only ever seen one at Reculver and that was in flight so the task was to try to get a few shots of this attractive little wader. At first, it stayed with the Dunlin but a while later it flew right into the eastern end corner where thousands of midges were on the waters surface. With no one around at the moment, I moved a little closer and hoped it would continue walking towards me and give me the chance to get a few photographs. The light was not that good but the sun did come out later but luck was on my side as the Little Stint walked right by me within 3 metres and gave excellent views and I was able to take a number of pleasing efforts. 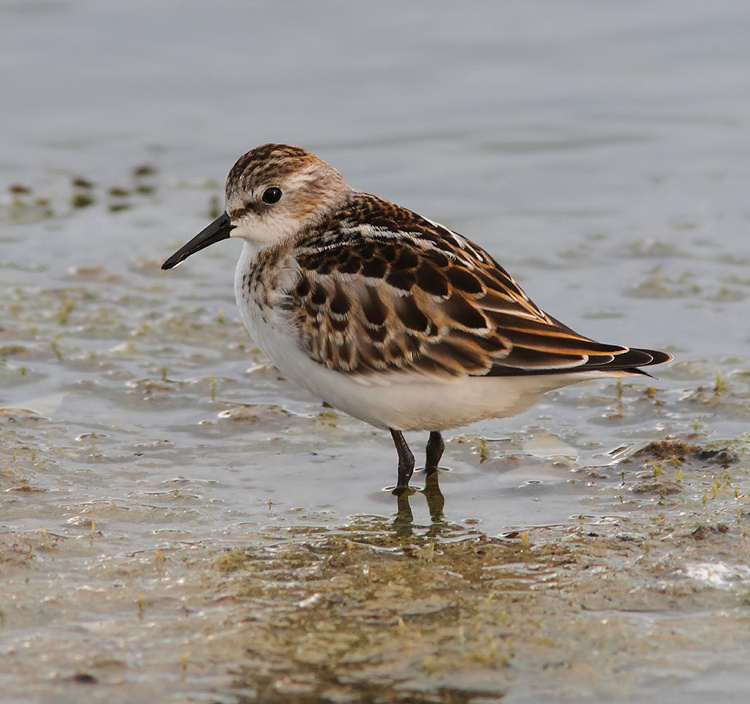 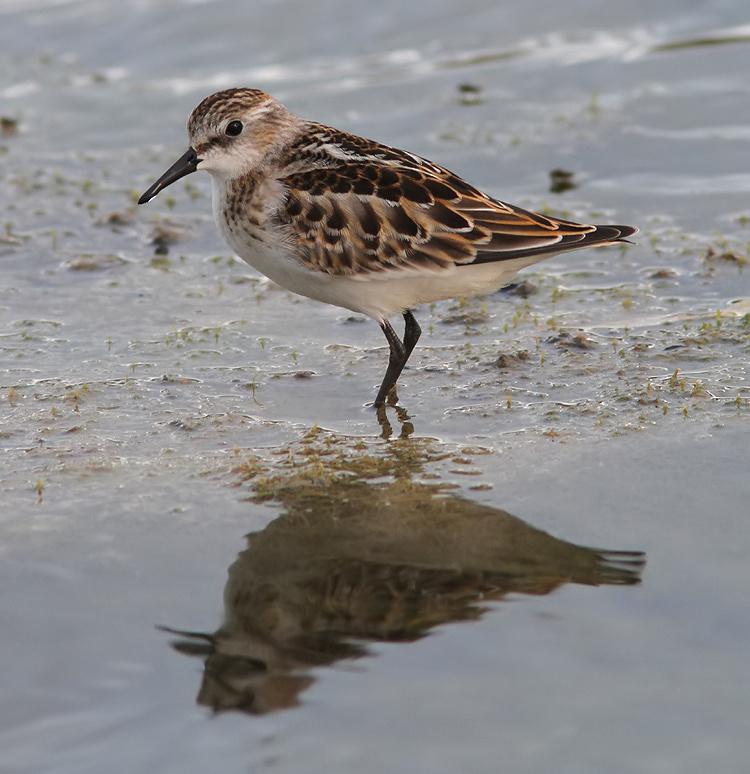 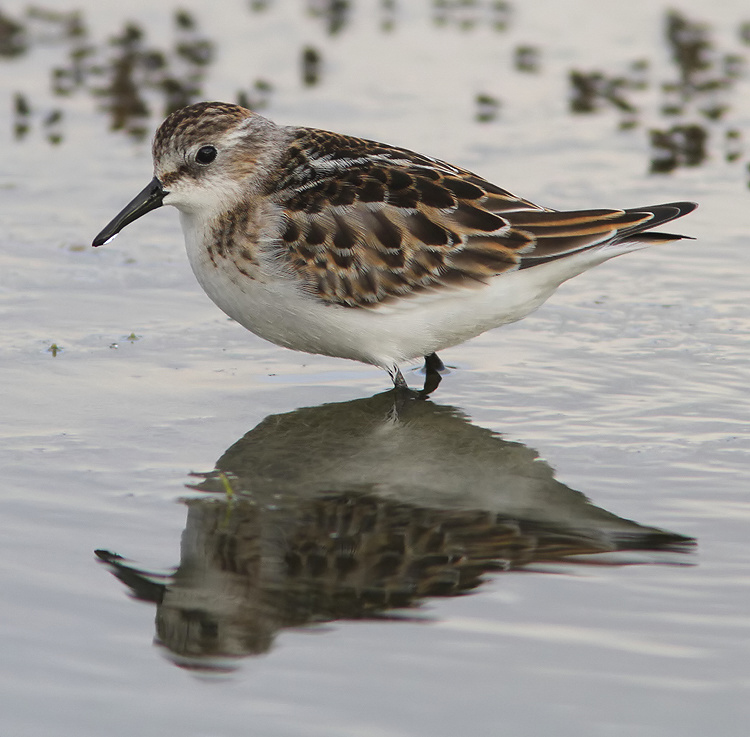 I have photographed them before at Oare Marshes but they have often been little dots but this was something special indeed to have this scarce Reculver bird standing in front of me. I made the most of it and it seemed not to worry about my presence at all as it continued to hunt for midges. With a few birders seen walking along the seawall, I moved back and continued my walk along the seawall after speaking to a few people who were not too happy that the Baird's Sandpiper had seemingly moved on. Other birds I noted this morning were 1 Whimbrel, 3 Curlew, 1 Kingfisher, 2 Common Sandpiper, c10 Sanderling, 4 Turnstone, c60 Yellow Wagtail, 5 Whitethroat, 5 Golden Plover, 1 Kestrel, 1 Common Buzzard, 1 Reed Warbler, 2 Little Egret, 1 Grey Heron, 10 Swallow, 3 Reed Bunting, 3 Gannet and as I approached the car, 1 Mediterranean Gull flew over. Although I did not see the Baird's Sandpiper again, the views and photographic opportunities of the Little Stint more than made up for it. Hopefully some more good birds will continue to arrive at Reculver in the next week before I have to return to work. 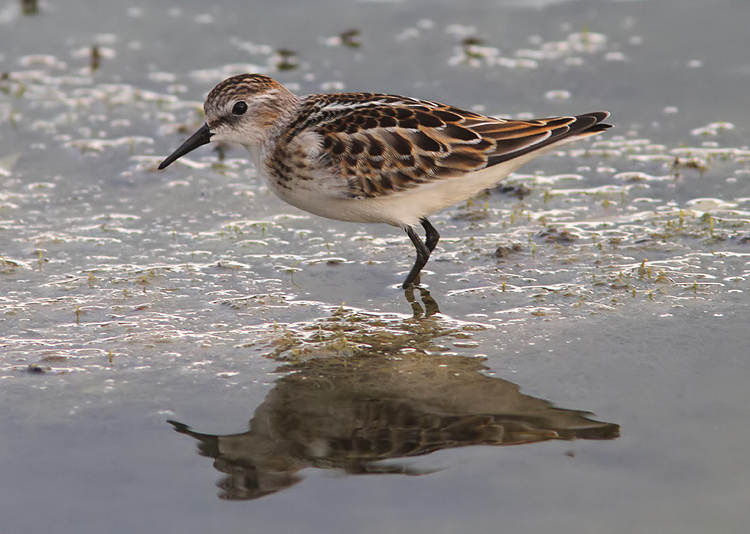 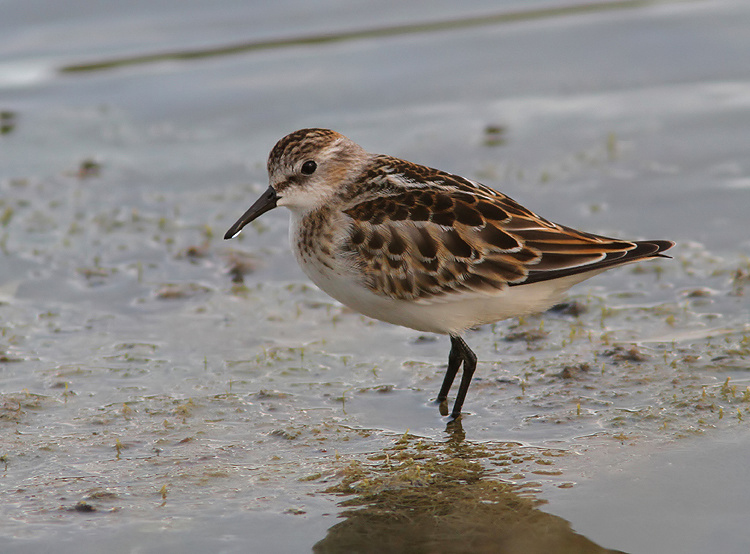 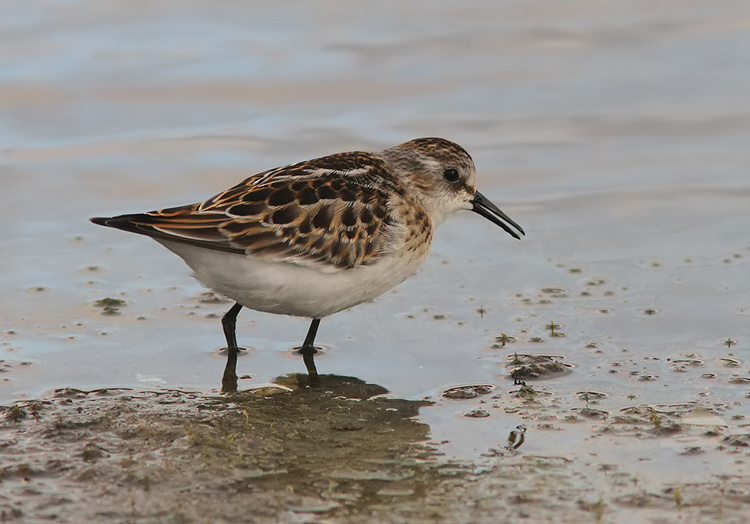