November has crept up on us and it seems hard to believe that Christmas is next month already, but there are still dragonflies and damselflies on the wing to be found. However, the weather at this time of year normally has other ideas but this afternoon, all the weather factors fell into place with beautiful sunny skies, light winds and the temperature around 12 degrees celsius. It's always good to try to get a Willow Emerald Damselfly in November so with this in mind, I arrived at Nethergong around 12:15pm and spent nearly 3 hours walking around the site and checking all the likely locations for this and other species. It was absolutely glorious walking around today. The weather certainly was great as was the magic autumnal colours and the odonata didn't disappoint as I found 22 Willow Emerald Damselfly. I would have been happy to see one so to see this number was very encouraging so late into their season. No doubt there were a few others which I didn't see so weather permitting, they may possibly make next weekend... if the forecast is kind to them. I believe its got to get colder during the week so I may have possibly seen my last so fingers crossed for some more nice weather next weekend so I can possibly make another check. I think my latest date for the Willow Emerald Damselfly is the 12th November so it is possible. Its was just nice this afternoon to watch them occasionally fly out from the branches and engage in chasing each other before returning back to the safety of the autumnal trees. A few individuals were found lower down which provided me with a few photo opportunities and altering the angle slightly allowed me to capture a few of the autumn colours in the background. Wandering on, most sunny areas held the odd Common Darter and by the end of the session, I had seen at least 23 Common Darter as well as 2 late Migrant Hawker. A good scan through the binoculars at the new growth on the branches on the trees revealed many egg laying marks from the Willow Emerald Damselfly so it looks promising for next year. If this was to be the last session of the year, then it certainly was a good and most enjoyable end to the season. 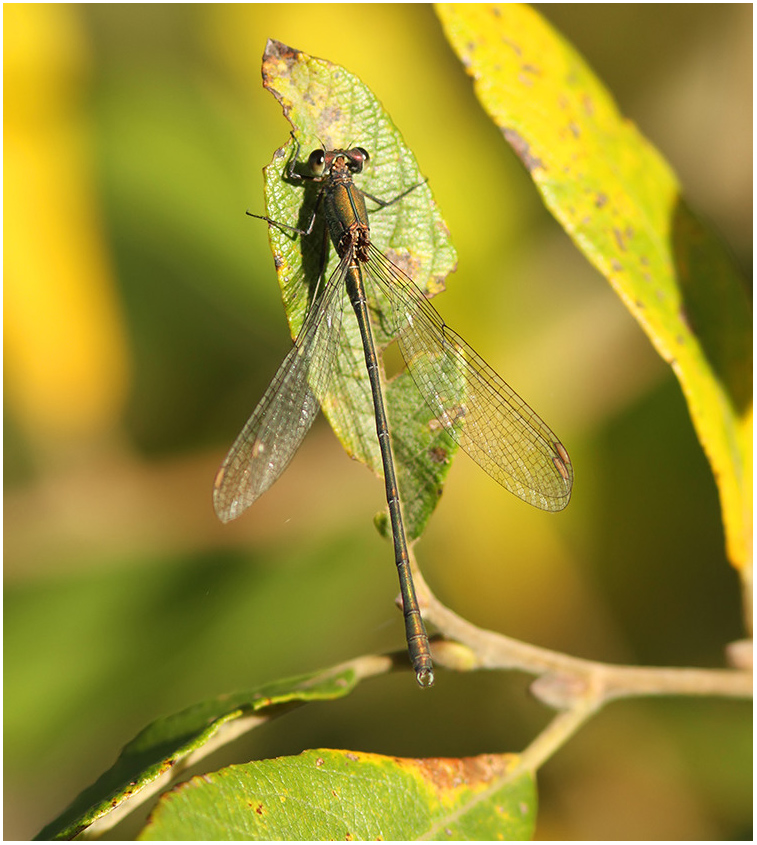 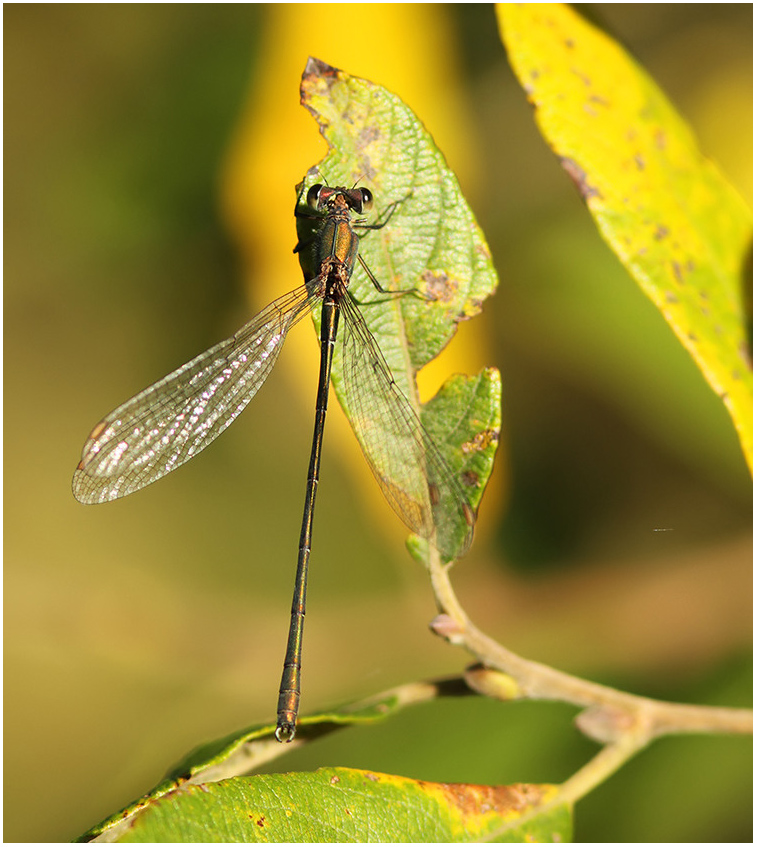 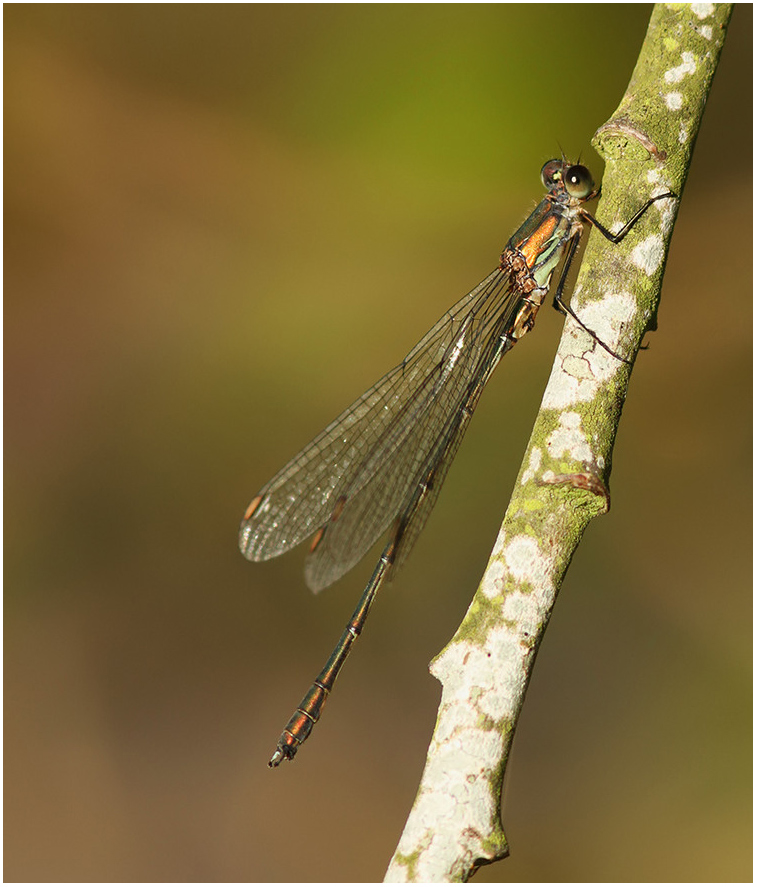 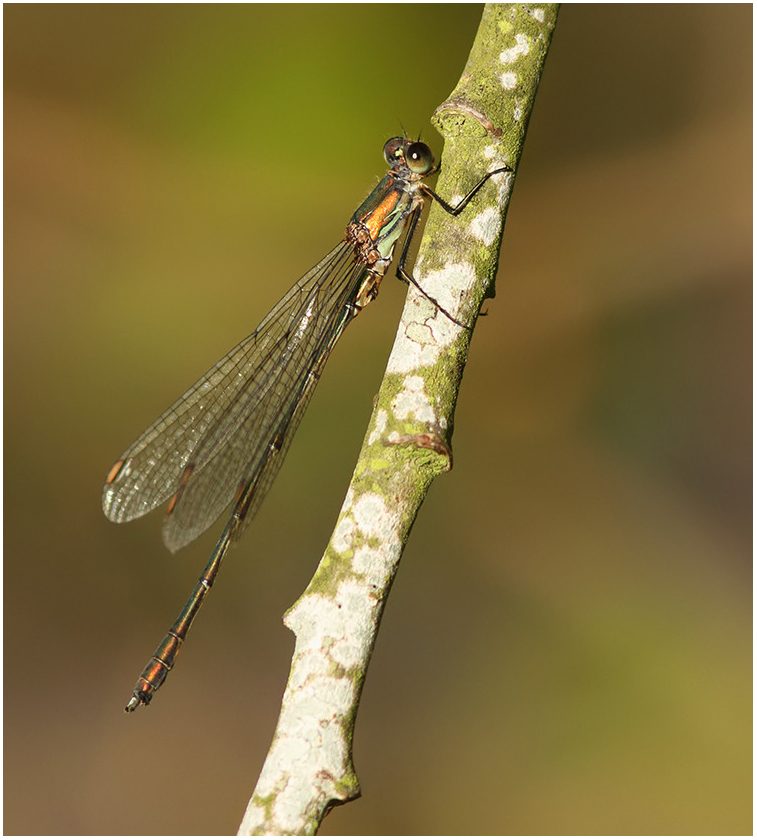 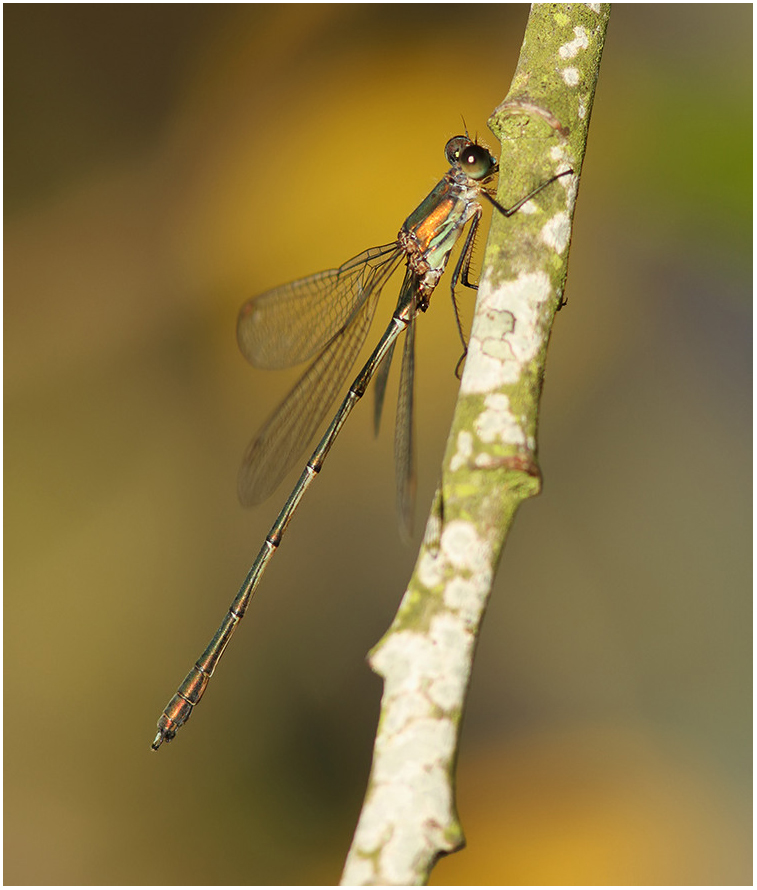 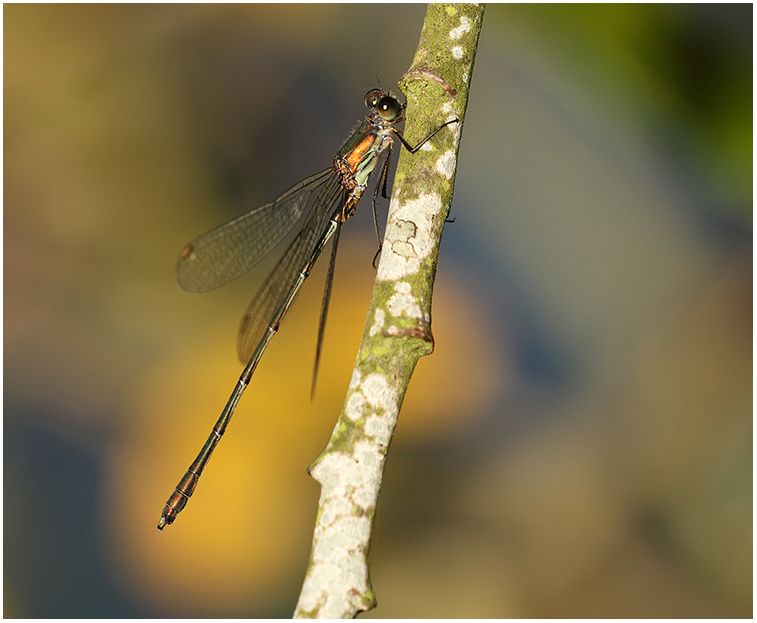 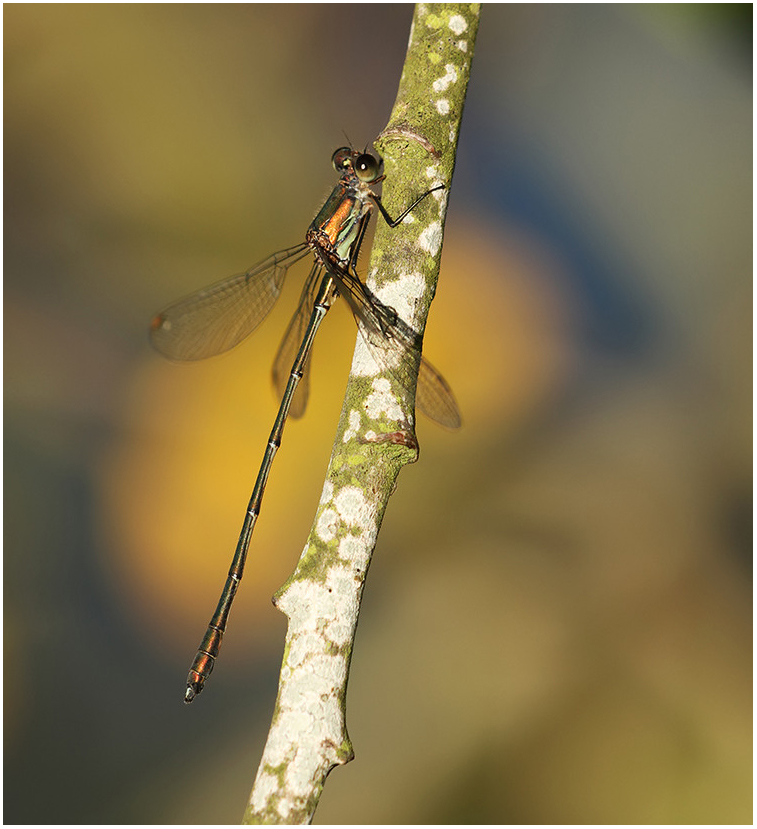