Down at the Stream

Having returned today from three days camping at Nethergong with friends where we had a great time doing walks, a boat trip at Grove Ferry, plenty of fishing and generally chilling and relaxing, I also made the time each day for a quiet walk to look and photograph the dragonflies on site, specifically the Willow Emerald Damselfly. In my opinion which might be biased, I believe that Nethergong is the premier site in the UK to see this species in excellent numbers and nearly counting 400 in one session last week, I don't think many can argue with my statement. I made a walk each day around early afternoon around parts of the site where I managed to easily see 100+ and yesterday (Sunday), I counted 168 Willow Emerald Damselfly on the North and east section alone. However, on this visit and with temperatures in to the 30's, I decided each day to also spend some time sitting at one spot at the side of the stream where a plant was hanging out over part of the stream. I noticed that as the Willow Emerald Damselflies flew past each time in tandem, they would normally always stop at this plant and attempt to egg lay before flying further up the stream. I made myself comfortable and settled in and counted many pairs in tandem passing this spot. As I was already in position, I didn't really need to move much and so was tolerated easier, and as each pair landed, I took a number of photos of them before they then flew on. It was quite noticeable that the male initially would instigate the female to egg lay by drawing his abdomen up and then she would start to oviposit but when the female had had enough, she seemed to briefly flap her wings to let the male know it was time to move on. I noticed this in a number of pairs. As well as the Willow Emerald Damselflies passing by, there plenty of Ruddy and Common Darters as well as a few Common Blue Damselfly, Blue tailed Damselfly, Emerald Damselfly, 1 Brown Hawker and a few Migrant Hawkers. Sometimes, it just pays to just sit back and watch and let nature happen around you. Something I don't do enough of but I most certainly enjoyed this method in the past few days. With plenty more photos taken of the Willow Emerald Damselflies during the weekend, I'm sure another post will follow shortly in the next few days to showcase these amazing little Damselflies. 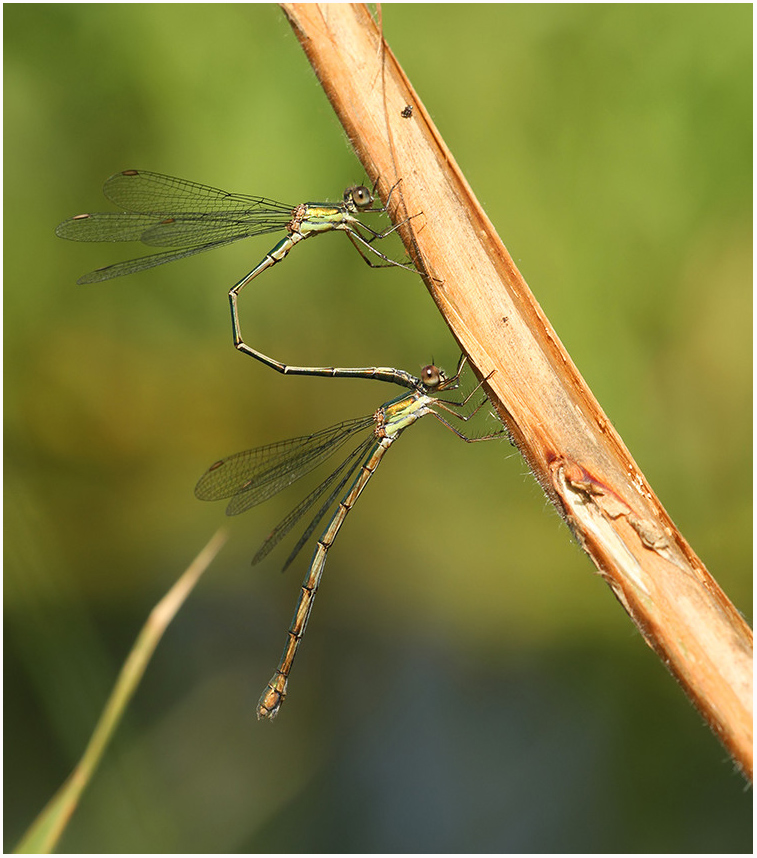 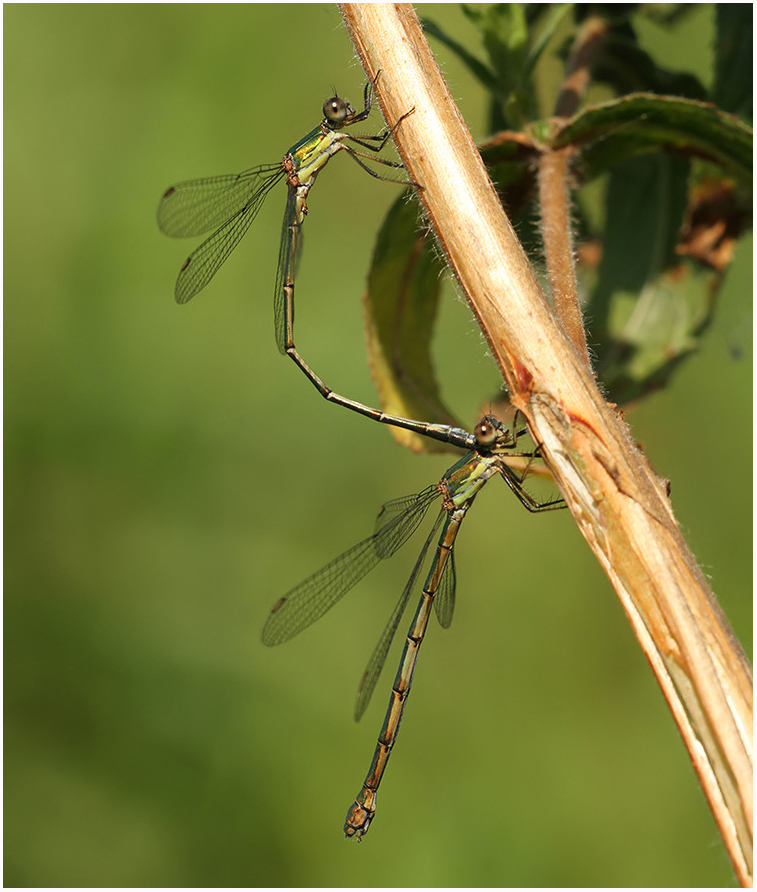 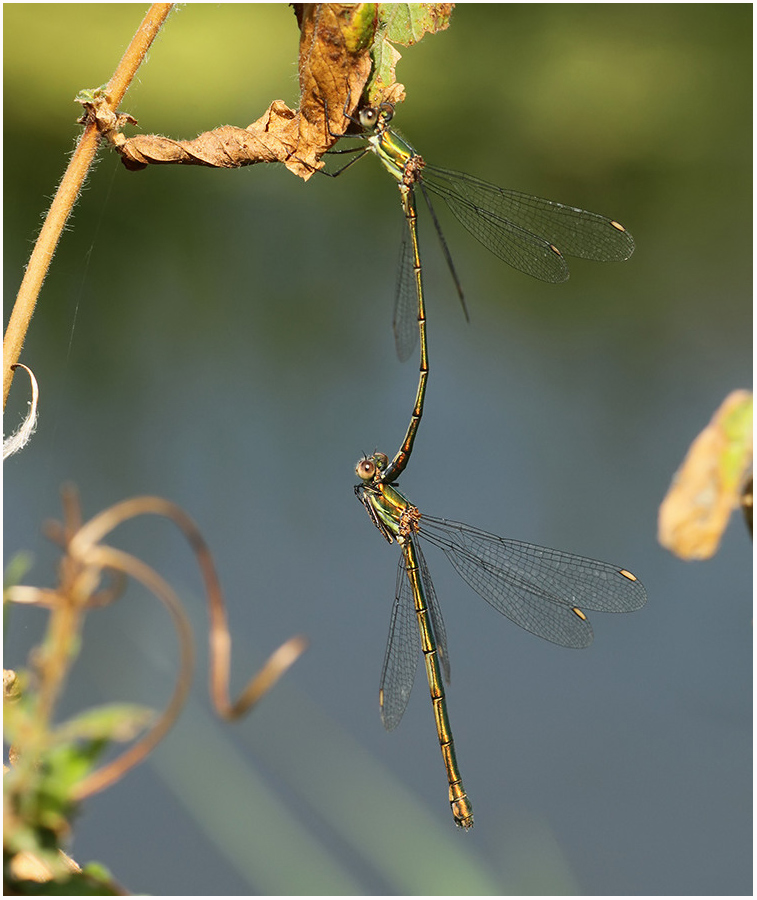 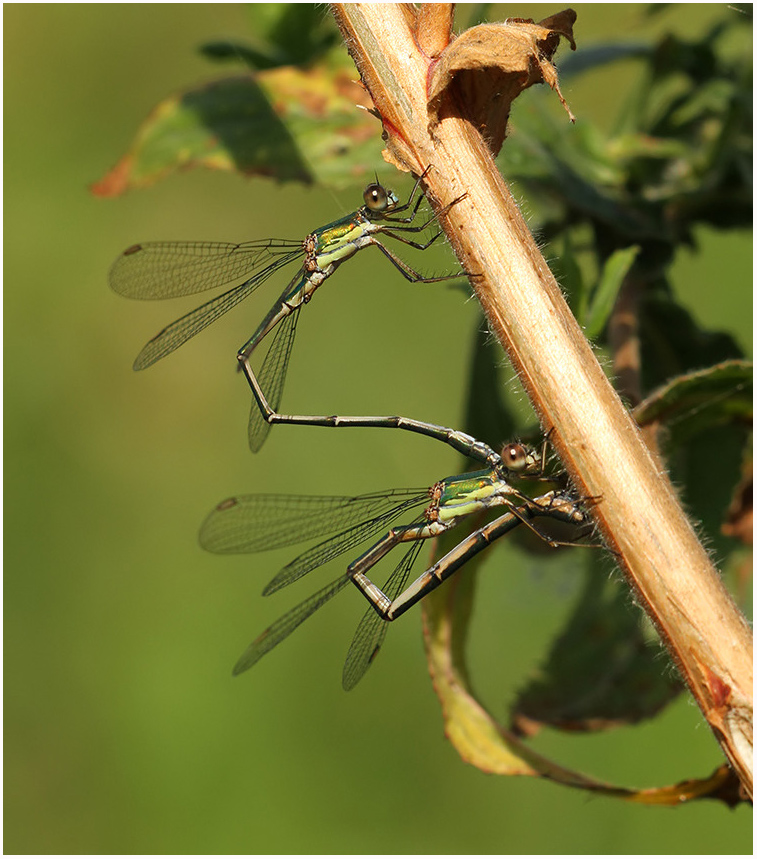 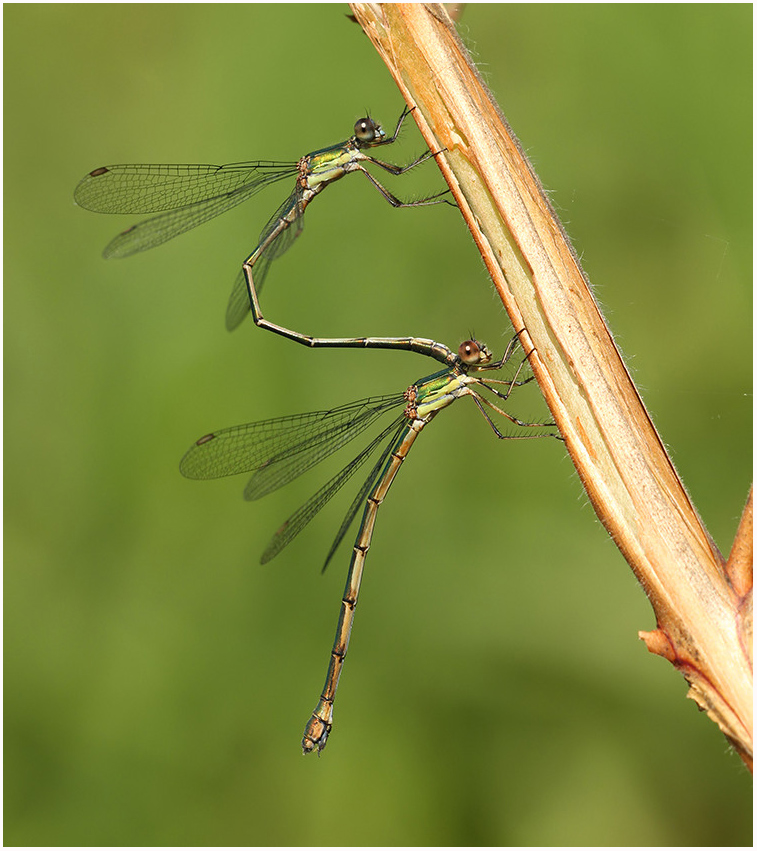 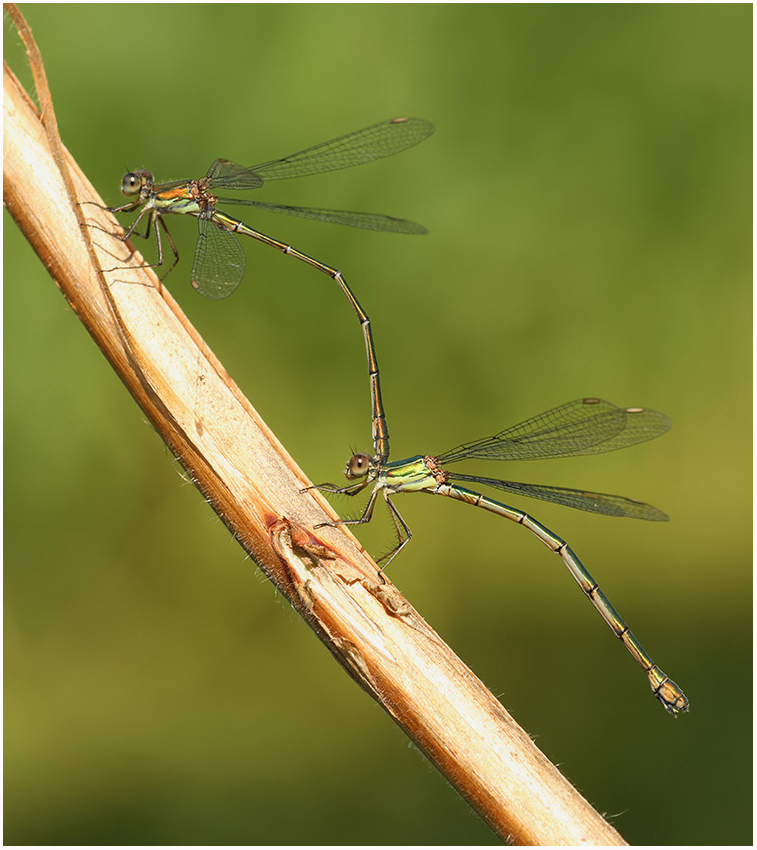 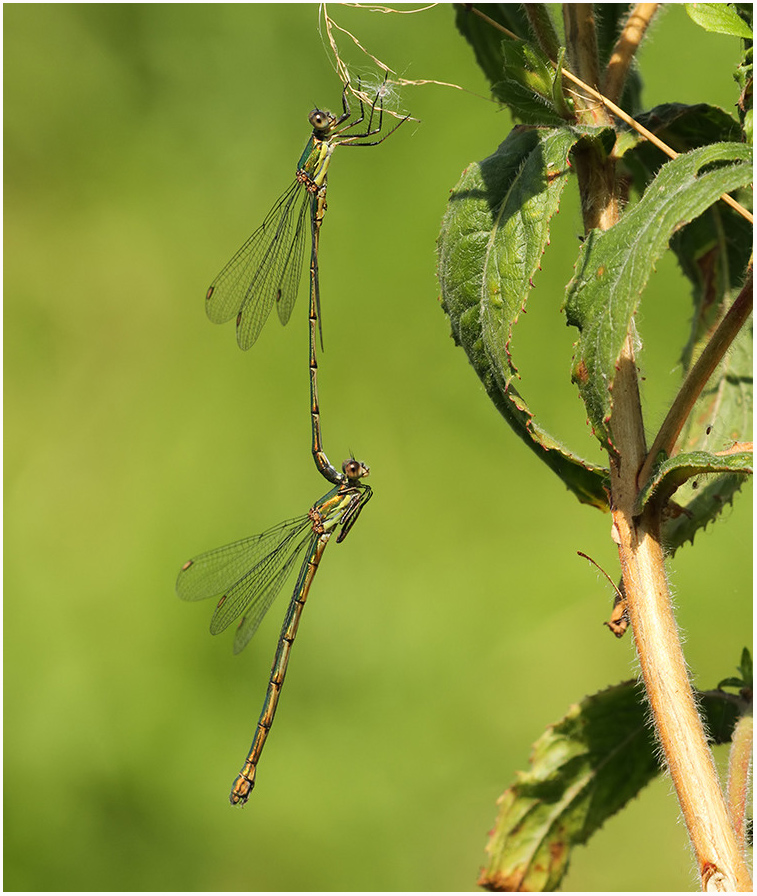