I arrived at a breezy but sunny Nethergong yesterday morning at 6am where I spent a couple of hours at the pond looking for emerging dragonflies and any photo opportunities that might arise. A brief walk around the pond produced 1 Emperor Dragonfly which has emerged early morning and was getting ready for its maiden flight and many Common Darter exuviae within the reeds and grasses. Further exploring in the vegetation also provided me with a number of Black tailed Skimmer exuviae. With the sun not quite over the trees yet and on the pond, I thought I would walk through the long grasses and see whether I could find any dragonflies and damselflies to photograph. There were plenty of Blue tailed Damselfly along with a few Azure Damselfly, Emerald Damselfly and Common Darter roosting. As I continued on and with the sun now shining on the grasses, I could see a male Black tailed Skimmer resting in a nice position and after a bit of stalking slowly, I was able to take a number of pleasing images of this species which normally I only ever see on the ground. My luck continued as nearby I also found a newly emerged female Black tailed Skimmer which must have made its maiden flight recently. This again gave me the excuse to get the camera out and take a few more photos of this species which can often elude the camera for me. With the warmth from the sun now coming through, it wasn't long until they took to the air and all around me, the grasses soon became alive with activity. A few more Common Darter were found emerging and nearby in the grasses, a few Variable Damselfly were noted. With July around the corner, that will mean the season of the Willow Emerald Damselfly and Southern Migrant Hawker. These are some of the best times of the year for me to get out and I hope I can spend a good few sessions in their company again and maybe obtain the odd photo or two. 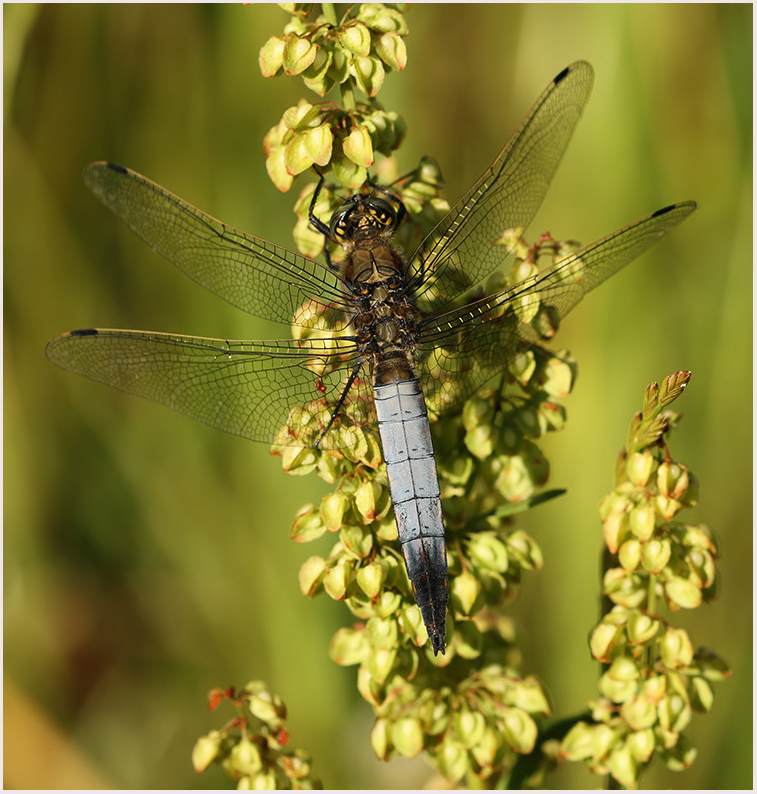 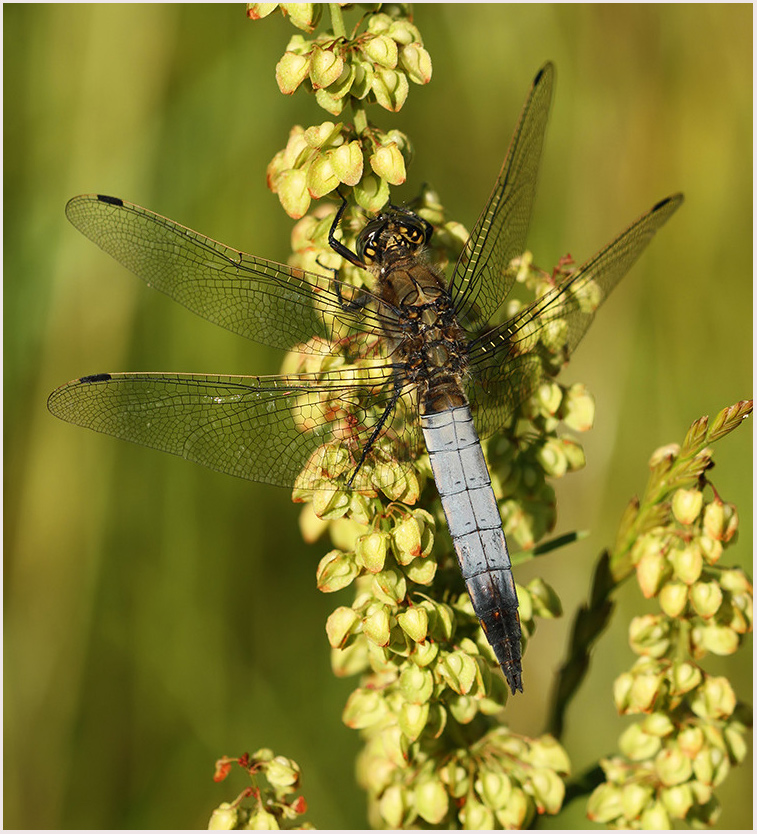 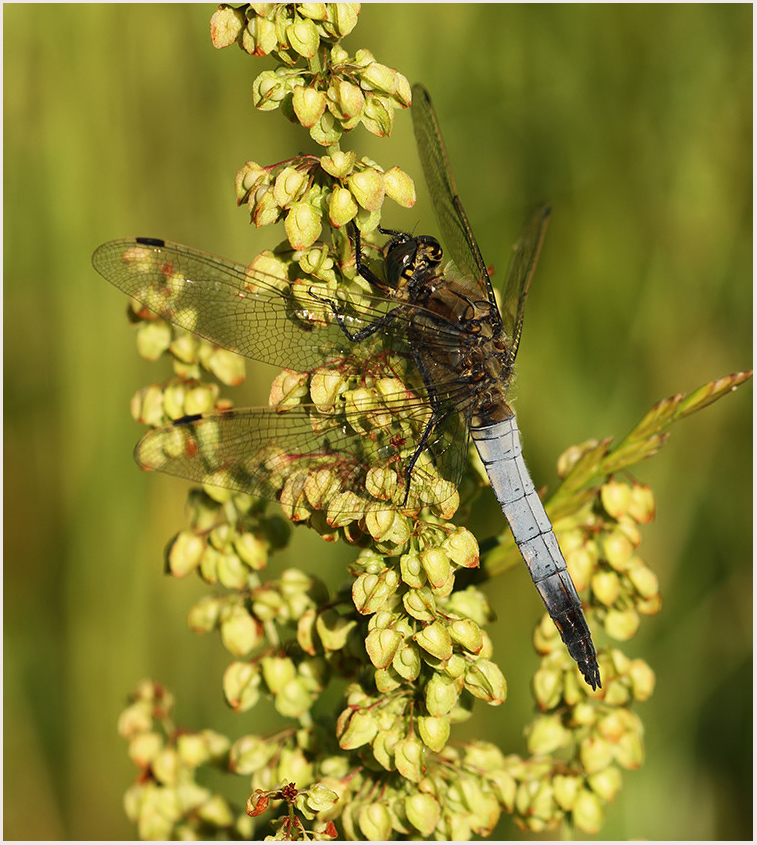 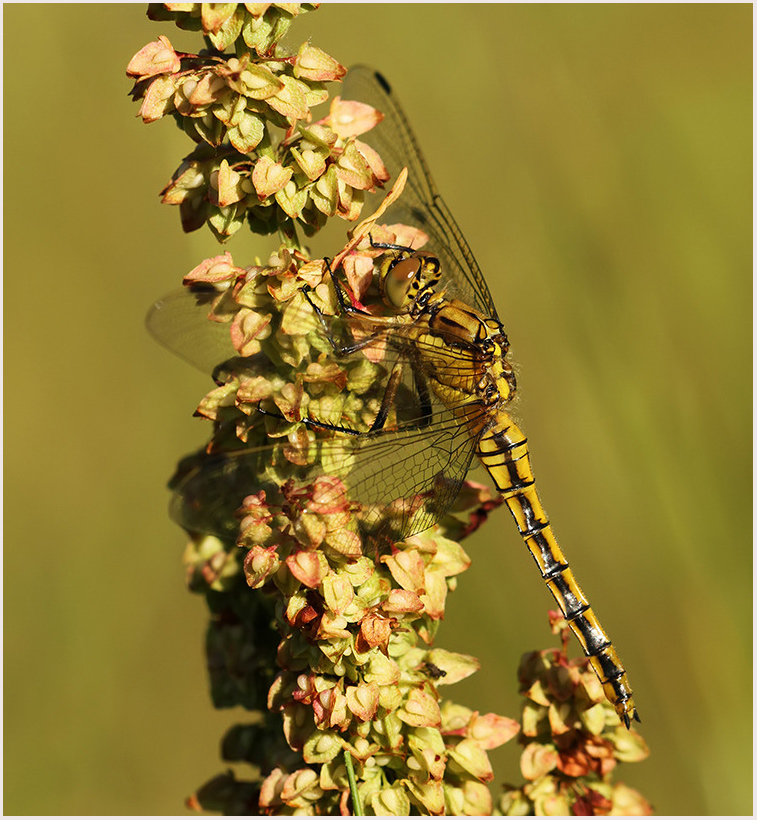 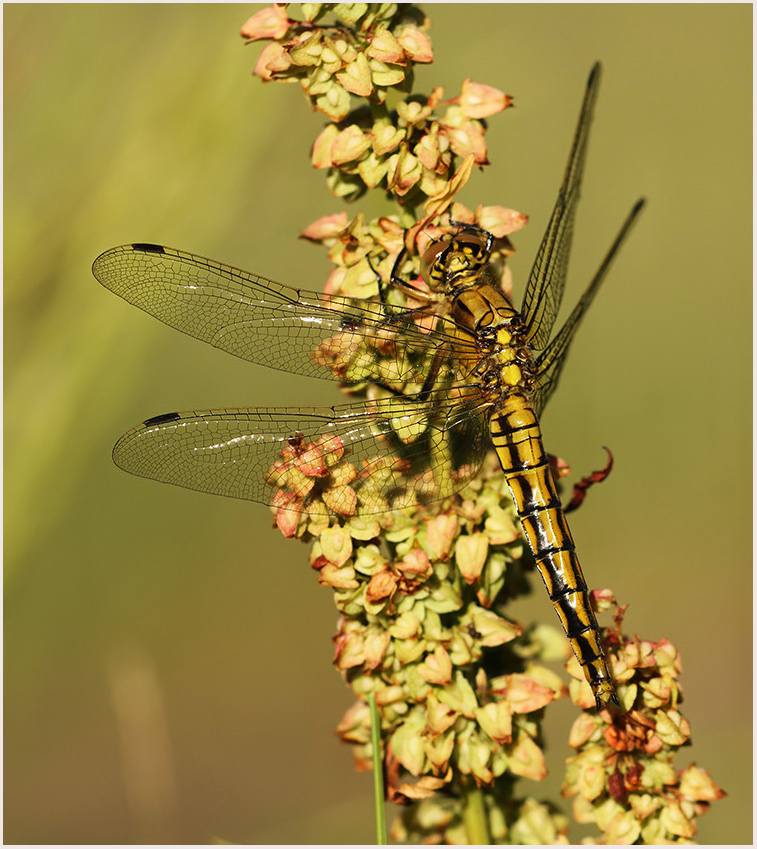 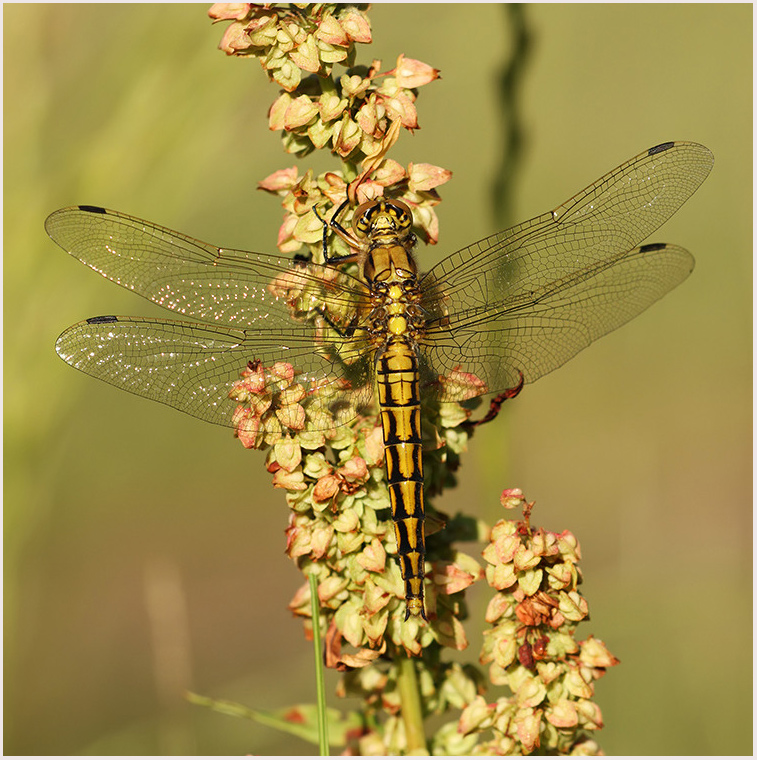