After getting back from our family walk into the countryside late morning and with the sun starting to burn through, I thought I had better check the pond as a few nymphs looked like they were ready to emerge. After a quick scan, it was pleasing to see that 3 Large Red Damselfly had already emerged and were resting up on a few stems. It was nice to see that two of them had emerged on the same stem and were both at the top on opposite sides of the stick hiding from each other. This was too good a chance to miss and so after rushing indoors to get the camera, I was soon on my belly at the pond firing off a few pleasing shots. It was comical watching them as when one moved around, the other would do the same so they never met. Occasionally, one would move to the top to look at the other one before moving back down. It required a bit of patience and luck but I ended up with a few useable photos. I spent some time this afternoon at the pond at various points in between the gardening and birdwatching and was pleased to see a few more nymphs looking likely to emerge in the next few days. What was a surprise to see was the sight of one of the Hairy Dragonfly nymphs which has obviously made it through the winter months. It wont be to long until they emerge so I will have to keep an eye on this. I doubt like many that we will not be seeing that many dragonflies and damselflies for the next few months unless they are on our exercise walks so I am completely thankful that I have my pond to keep me well occupied. I suspect my next post will focus on more Large Red Damselfly photos taken in and around the Grape Hyacinths at the pond. 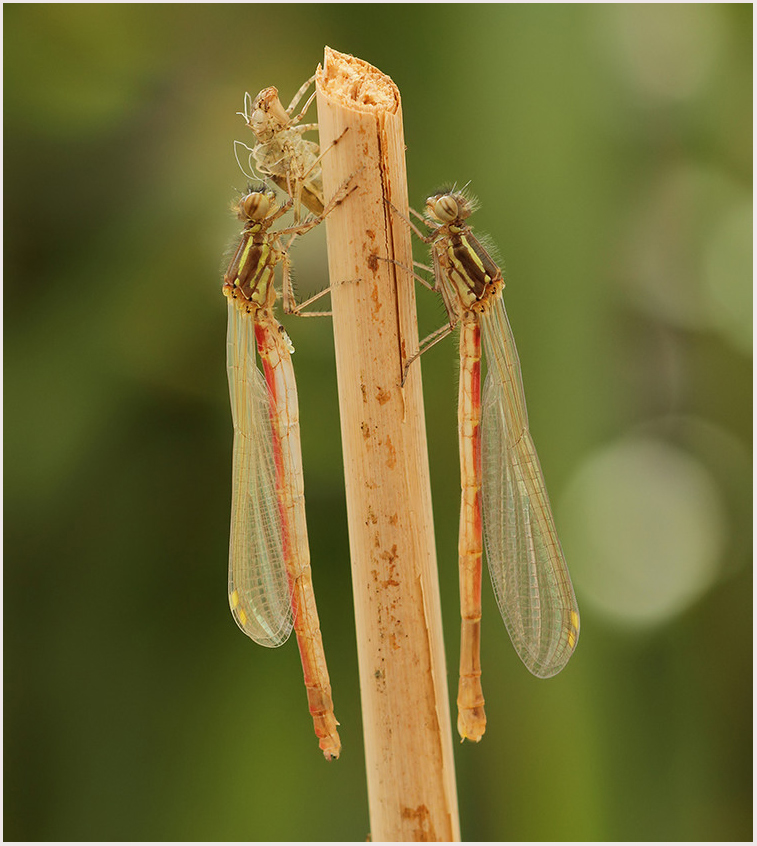 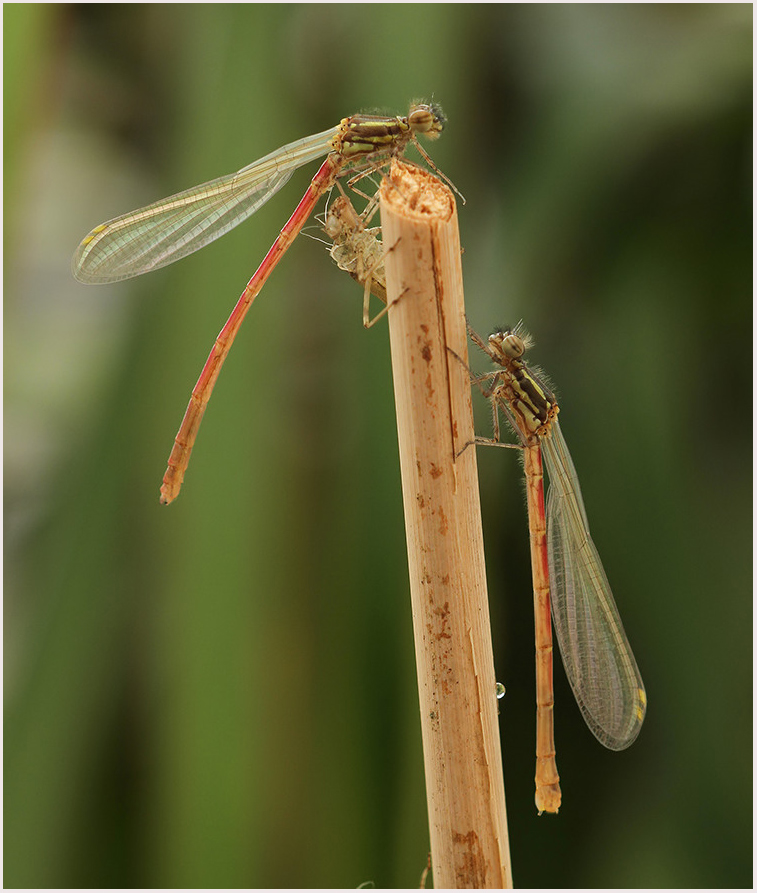 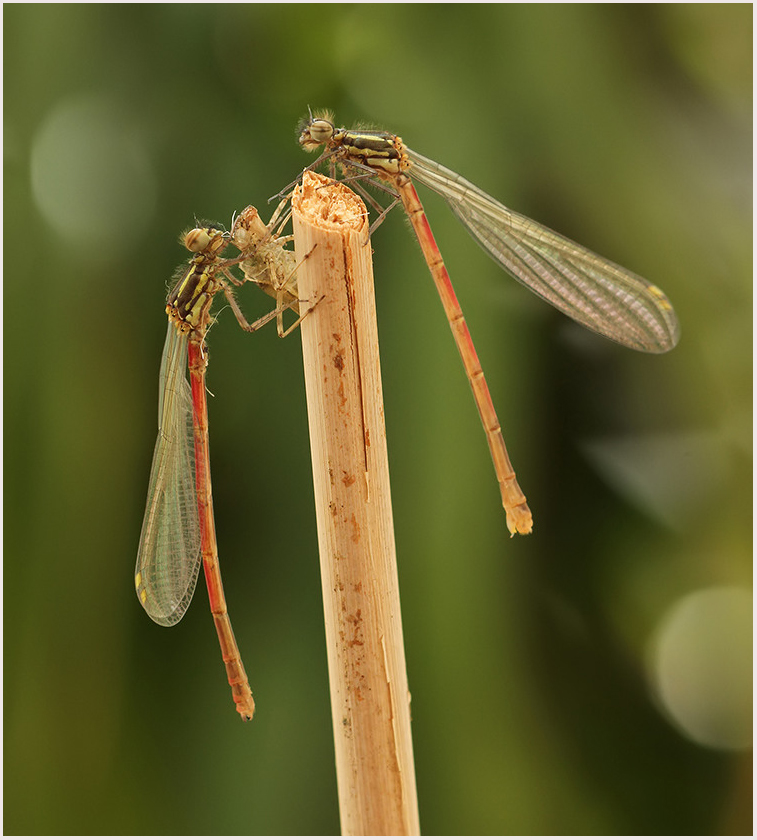