With only a few hours out this morning at Nethergong and needing to be back home to go out with the family at 10am, I was out early this morning around 5:15am where the first few hours were spent birding. As the sun slowly started to warm up the long grasses along the stream, I started to spend some time looking for roosting dragonflies and after a brief search, I found the first of 11 Norfolk Hawkers seen today resting. With some nice light now, I slowly and surely crept nearer and nearer where I took a few shots each time before moving in again. With some patience, I ended up at a workable distance and took a few shots of this stunner in the early morning sun until a fly buzzed too close and the Hawker was off patrolling again. 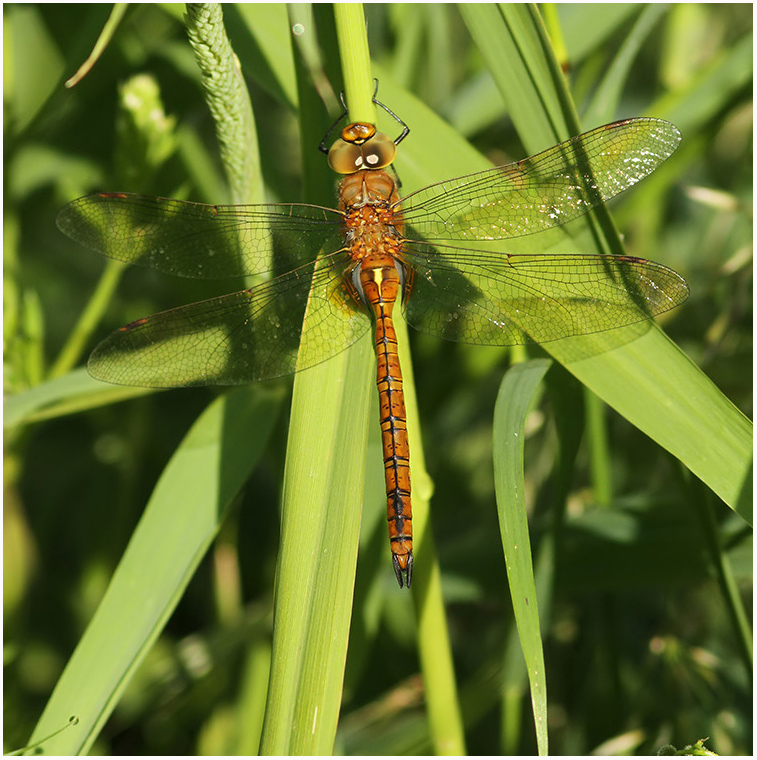 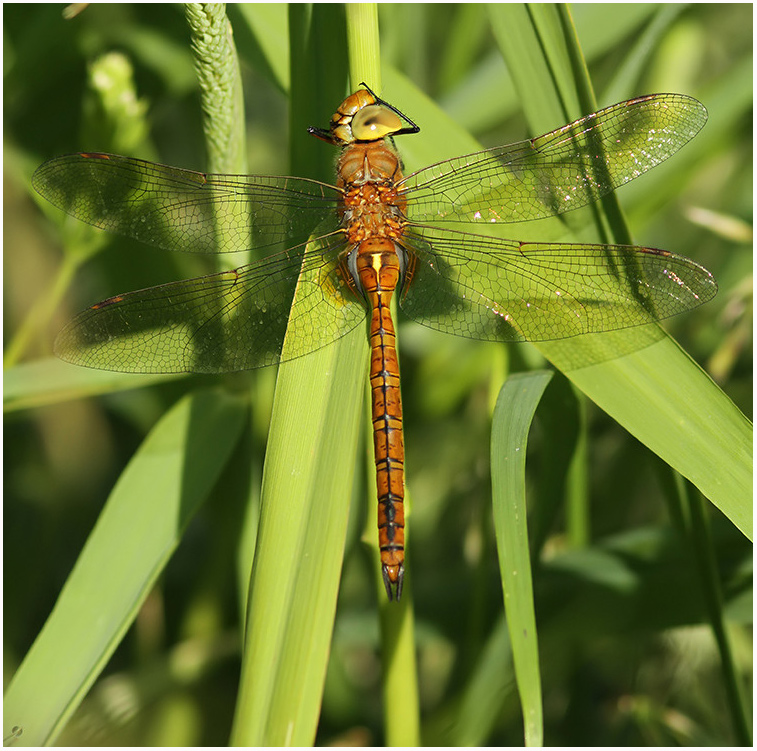 Norfolk Hawker (Aeshna isosceles) - male
I saw a couple more in the next hour before I decided to spend some time in the meadow next door which had yielded a few more Hawkers a few days ago. As I entered the sunny meadow, a Barn Owl kept me company but always kept its distance and a few butterflies took to the wing as I walked in the grasses. I decided to check the western side which was in full warm sunshine and within the next hour, I had found a further 7 Norfolk Hawker taking in the sunshine perched up in the brambles. Again, I moved in slowly and fired off more shots and had to remind myself every now and then that this dragonfly is nationally very rare and how fortunate I am to have this species on my doorstep. 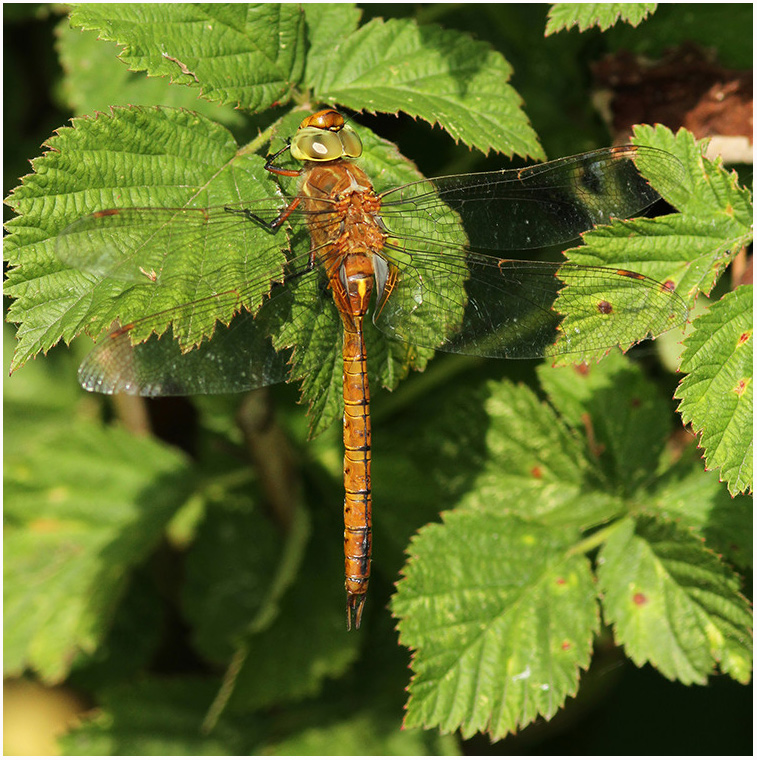 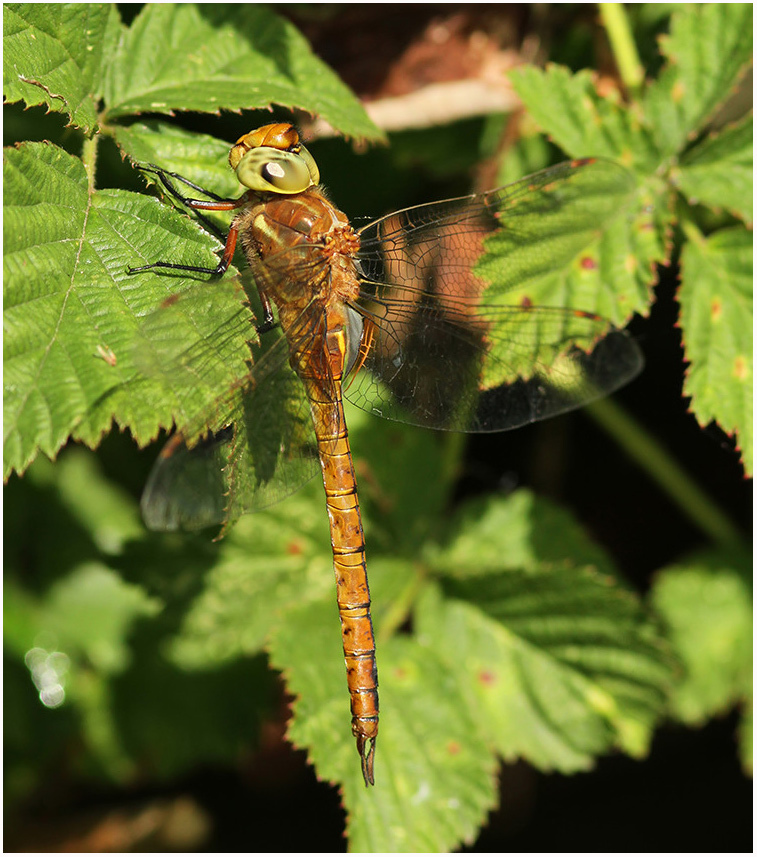 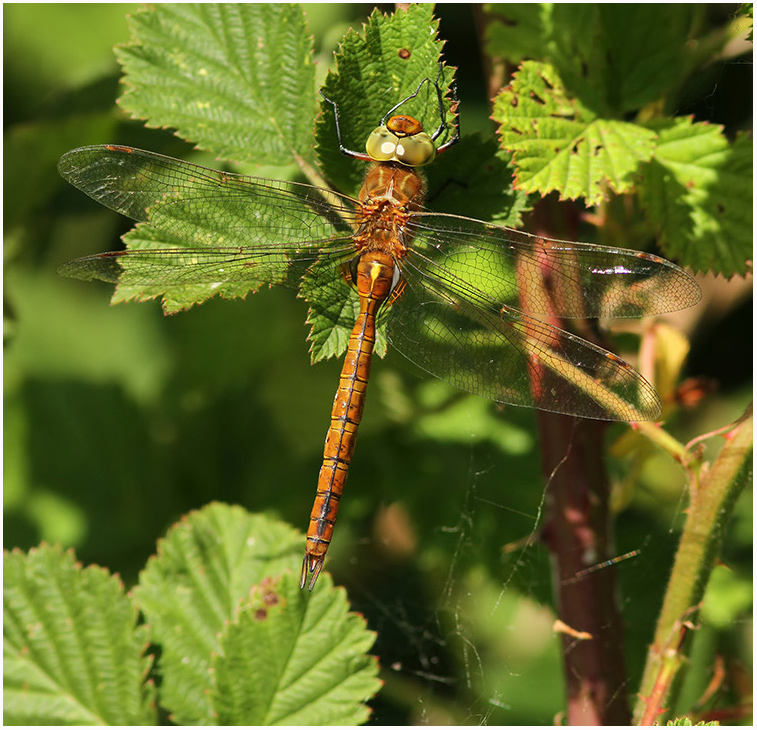 Norfolk Hawker (Aeshna isosceles) - male
As mentioned before, I'm pretty sure that this meadow is used to mature up before they move back to the water to breed but with the ditches ideal at Nethergong for them, I'm hopeful that some will remain in the area. It wasn't only the Norfolk Hawkers that were present as I also manged to find 6 Broad bodied Chaser, 1 Hairy Dragonfly, 2 Large Red Damselfly, 2 Red eyed Damselfly, lots of Azure and Blue tailed Damselfly and 5 Emperor Dragonfly which included a mating pair. I don't often have the chance to photograph this sight so I was happy to just get a camera on them as they hid amongst the grasses. 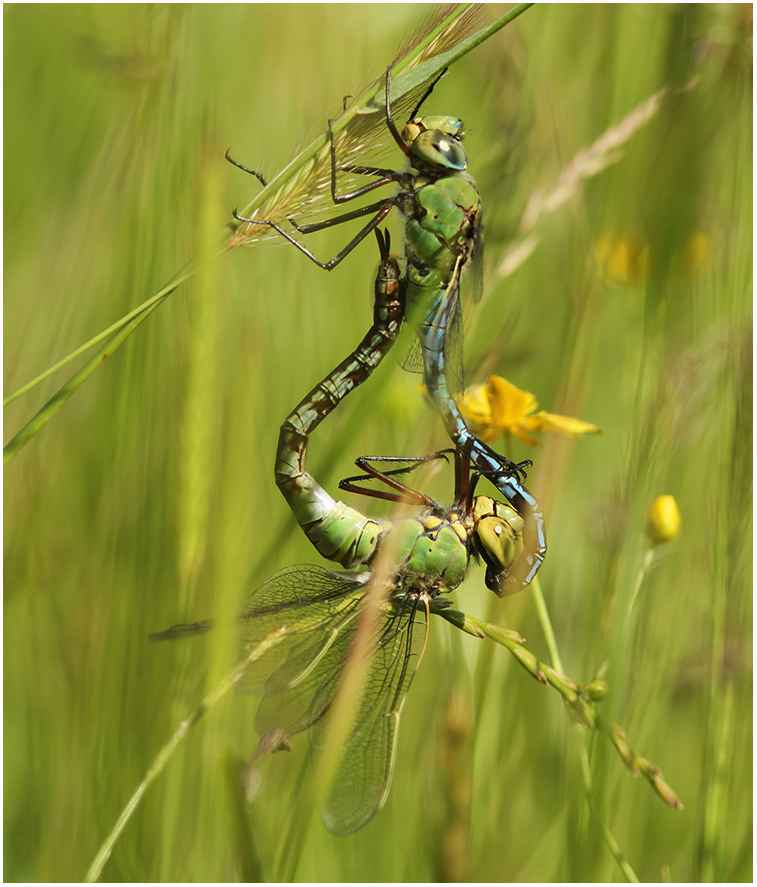 Emperor Dragonfly (Anax imperator) - mating pair
I wish I had had more time as I didn't have a chance to check other parts of the meadow which I'm sure would have provided more species and photo opportunities but it was time to leave and make my way home. A lovely session in excellent surroundings and I feel this meadow has more to offer and I can't wait to get back out hopefully next weekend if the weather allows to investigate. 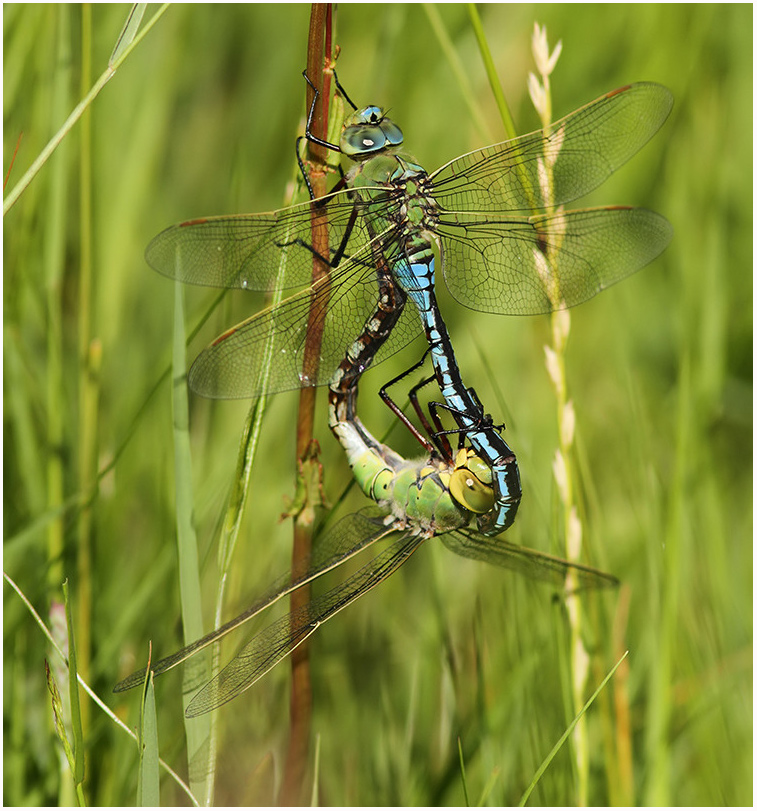